A short activation on still my favourite NP summit - Wild Boar Fell. This was good weather at the start, but the wind cut the end of the activation a bit short.

I had both my daughter Katie and Woody with me. 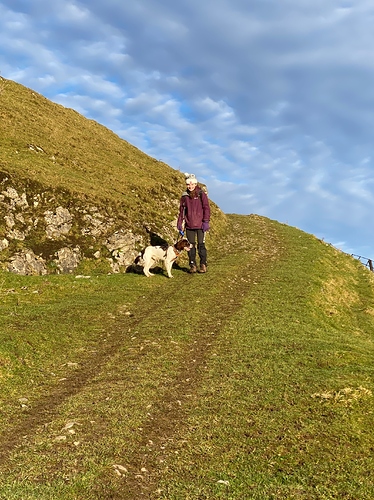 Quiet start by parking near Outhgill on the B6259, an briefly spoke with he farmer who obviously thought we were a bit mad going up the hill in the cold!

The top of the hill had a dusting of lying snow and ice but nothing that needed an axe or crampons. 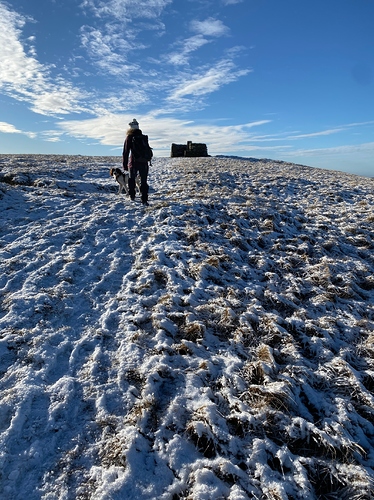 Had a few contacts on 2m FM including an S2S with G/LD-058. Also spoke to Mark on the way up the nearby hill - The Calf. A quick trip to 80m added another 4 contacts. 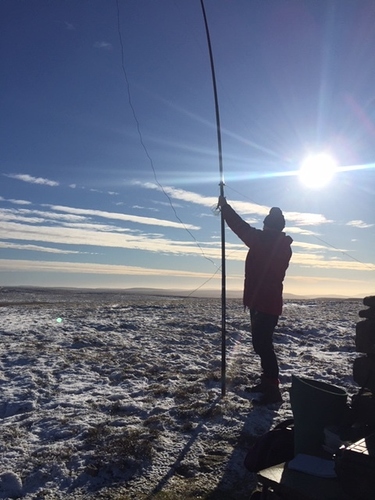 The best bit was to follow as we headed to he edge of the plateau - inside the AZ. Firstly really pleased to get a S2S with Cross Fell which is still on my activation list but then looked up to discover that the sun on the boat had created a Brocken Spectre. I took the rubbish photo whilst hanging on to the handheld and Katie got the better picture! All this happening whilst the wind got up and we were starting to get cold. Apologies to anyone I missed on 2m at the end of the activation but it’s was both spectacular and freezing! 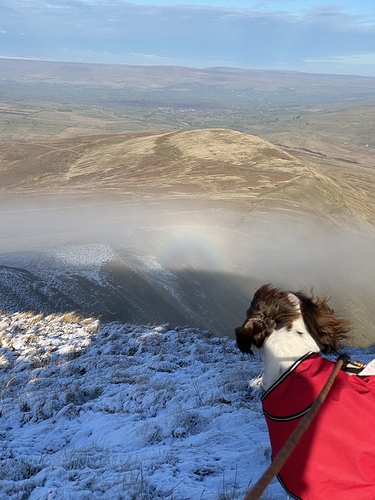 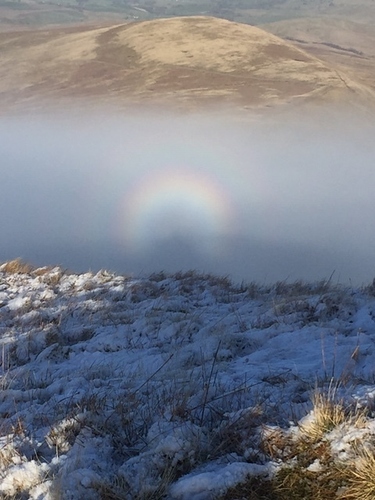 This was my first Brocken Spectre in 40 odd years of walking!

So another brilliant day out - although still being pulled by the dog.

This evenings activity - progress with FT8 and the Raspberry pi - I’ve got as fara a headless PI that works!

And thanks for the S2S.