Just a quick summary today. Claife Heights is my nearest SOTA summit line-of-sight, but it is on the other side of Lake Windermere. Last year my activation was a struggle on 2m FM, but I have better equipment and summit knowledge now. 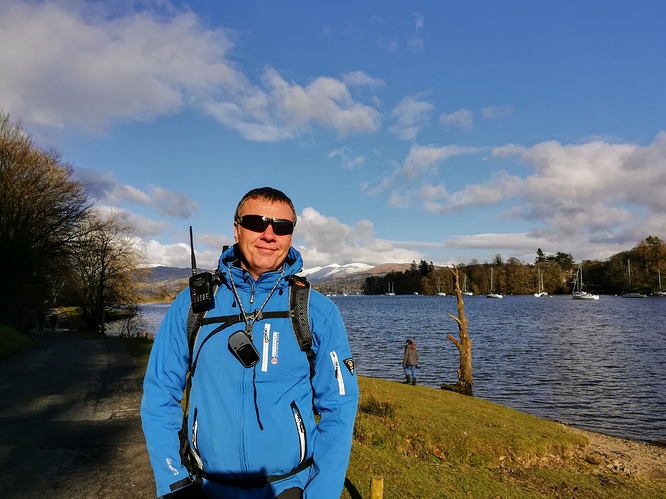 A low-level walk next to Lake Windermere, after crossing via the ferry, takes you to Strawberry Gardens. There was a fell running marathon event today starting and ending in Grizedale Forest. My wife and daughter accompanied me on the low level part and spent a happy hour with the race marshals after I departed for the summit at Strawberry Gardens encouraging runners. I approached the summit from the North this year to get a glimpse of the TV transmitter that serves my home town of Windermere and is visible from my attic window. Had there been more time I would have investigated but earlier delays meant I was already an hour behind schedule. 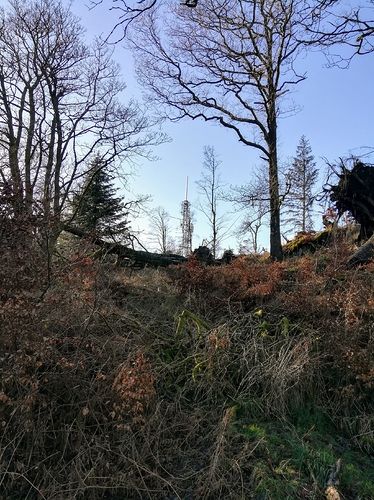 The summit of Claife Heights aptly named ‘High Blind How’ is a rocky outcrop surrounded for the most part by trees with a slim view over to the North Pennines. The view isn’t great but when the windchill is predicted to bring the temperature to -12 degC I was glad of the shelter the trees provided. 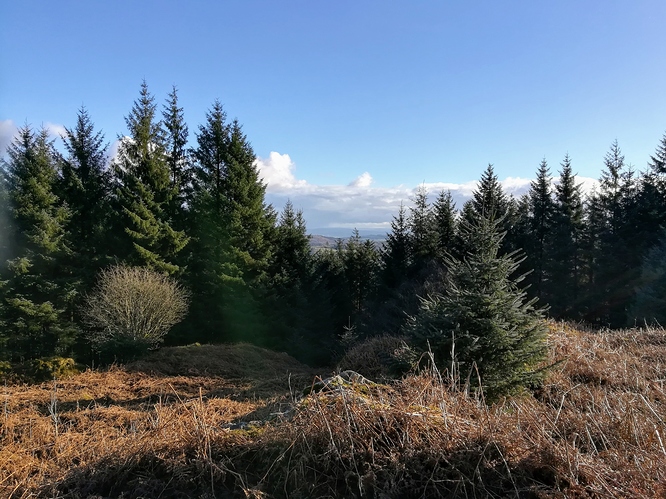 My 2m activation went fine and then I had a good run on 80m, 40m including my first S2S on 80m with M0JLA on G/WB-004. Upon investigating the sagging antenna after switching to 20m I found the wire had snapped (or had been chewed by a bored canine???) but fortunately it was sufficiently towards the end that I could still activate on 20m. 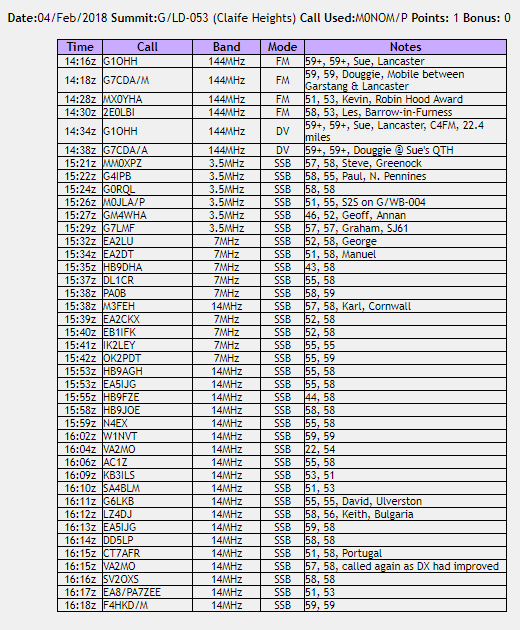 There appeared to be a lift compared with previous attempts on 20m and I was fortunate to have several trans-atlantic QSOs although I had to move frequencies several times due to heavy QRM. Thanks to all the chasers for bearing with me! 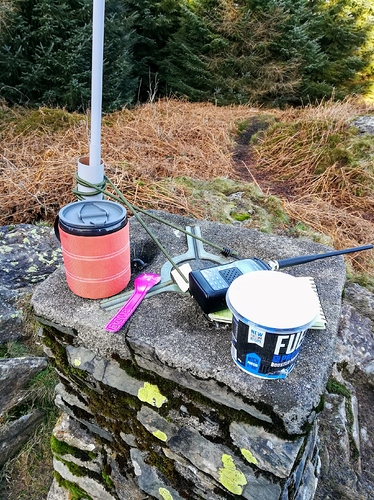 After around 2.5 hours on the summit the walk back down was in fading light but brought some magnificent views through the forest with spectacular colours. They really are magical places forests, aren’t they? We don’t have too many near SOTA summits in the Lakes (at least not that I have yet visited) but it was the end to a great SOTA activation. 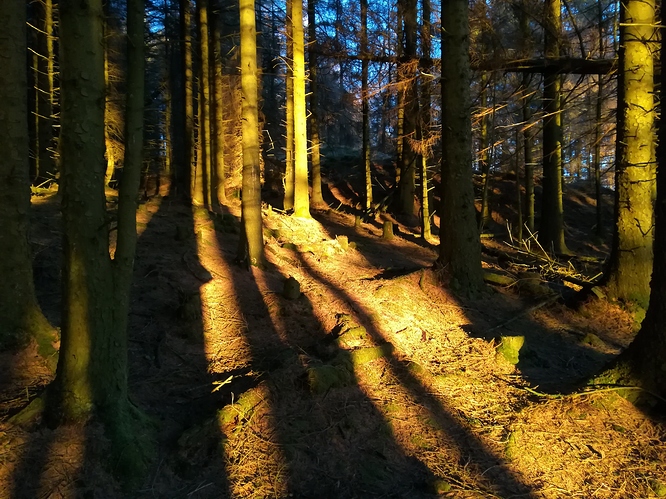 Apart from the dog stealing my porridge pot (retrieved thankfully intact due to noisy plastic chewing!) and a lost antenna support bung (blamed on the bored dog but later found in a ‘safe place’ - search was in fading light) it was a great activation. I have an antenna wire to repair now but looking forward to another SOTA soon (possibly on holiday at Pamporovo in Bulgaria).

APRS worked a treat too. Thanks to all the chasers! 73. 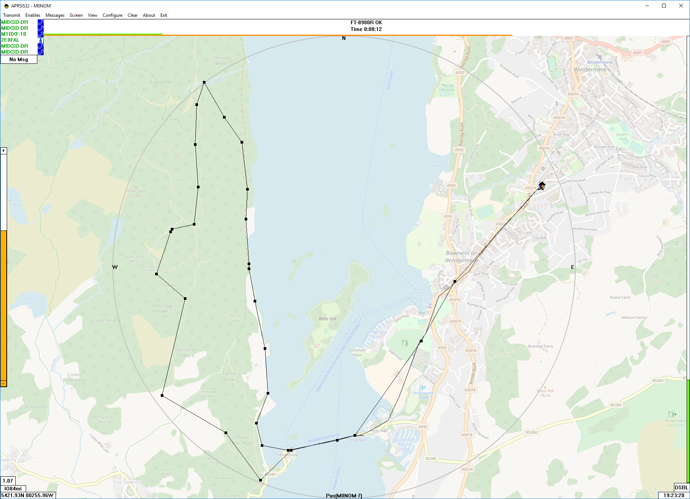 Thanks for the easy (1200 Km) contact Mark - very useful testing the new / repaired wire antenna at this end!

Apologies for the incorrect comment on G6LKB’s entry… G6LKB is in fact one of our other faithful chasers for SOTA & WOTA David in Ulverston. Can’t even blame that on summit brain!

Apologies Rich, the log book says N4EX but I’ve transposed the letters whilst entering the log into the database. Expect a correction shortly.

Great to work you! Thanks, Mark. M0NOM

Many thanks for the s2s, Mark, and for a new complete. We did it on a miserable October day; it looks rather nice in today’s conditions.
73,
Rod

Lovely to see you again, Mark, and to read of your activation and see your track… Looking at the picture of the trig point, have you found some way of supporting a pole by affixing a bungee to the top of the trig - or is it weighted down by logbook and radio OR glued to trig with cold porridge?? I am most intrigued (this is a serious enquiry). I look forward to hearing of your adventures in Bulgaria.
73 Viki M6BWA

Seriously, on a lot of the trig points I’ve come across there are eyes buried in the concrete (I used the same technique on High Street for example) - you can see one of the three just to the right of my super-lightweight mug. I hook the bungies onto them and wrap them round the pole a few times. At the bottom I had a couple of bungies wrapped around the trig, but if there is any wind this is much less successful - it would probably be better to use a velcro strap with no give when windy but I don’t currently possess one long enough.

WRT: Bulgaria, would be weird to be working UK stations on 40m and possibly 20m, however if I do take radio gear it’ll be the FT-817 only so back to M6VMS QRP days!
I’m just inquiring as to whether I likely to have issues taking radio kit into Bulgaria - there is a comms tower on the top of the mountain - definitely don’t want to agitate any government bodies, QRP or no QRP!