Motivation:
I use to spend some days in summer with my parents in law in the countryside,in Burgos (EA1/BU).
I knew there were another SOTA fan in a village close to mine; he is Juan Carlos, EA2AJO. I got in contact with him and agreed to do a joint activation in Mt. Meriendillas, reference EA1/BU-077.
He had activated it before but it was a very foggy and cold day and he couldn’t stay there for long. He agreed to join me and do it again with a better weather this time.

Juan Carlos was very kind to pick me and do the approach by car together. When we left the car, we saw a storm heading South, not far from us. Forecast was overcast but not rainy and we crossed our fingers not to see that storm moving towards us. It didn’t hopefully. 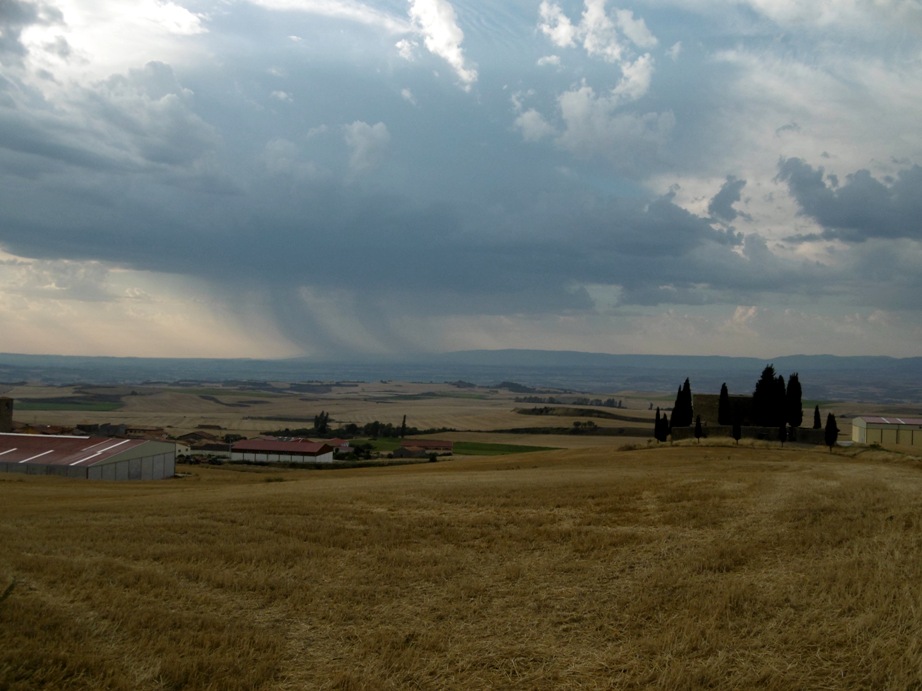 Next the parking place in the church, there is an indicator showing the start of the path to this mountain. The way up is a tiny path at first and later, in some areas, it is a dirt road. In some points after going up there is a small descent and later you need to go up again. In general words it is a very easy way but a bit long following all ridge along.

The first time EA2AJO climbed this mountain he took an alternative route that starts in the villlage of Pancorbo.It is shorter (4 km) and a bit steeper,(389m height gain) obviously.

During the ascent we heard shots from hunters down the valley trying to hit quail birds. The season started just today and we tried to show we were not birds during the ascent to prevent from being shot!

The last part of the approach is quite long and flat and we first reached a summit to see the end of the trail. 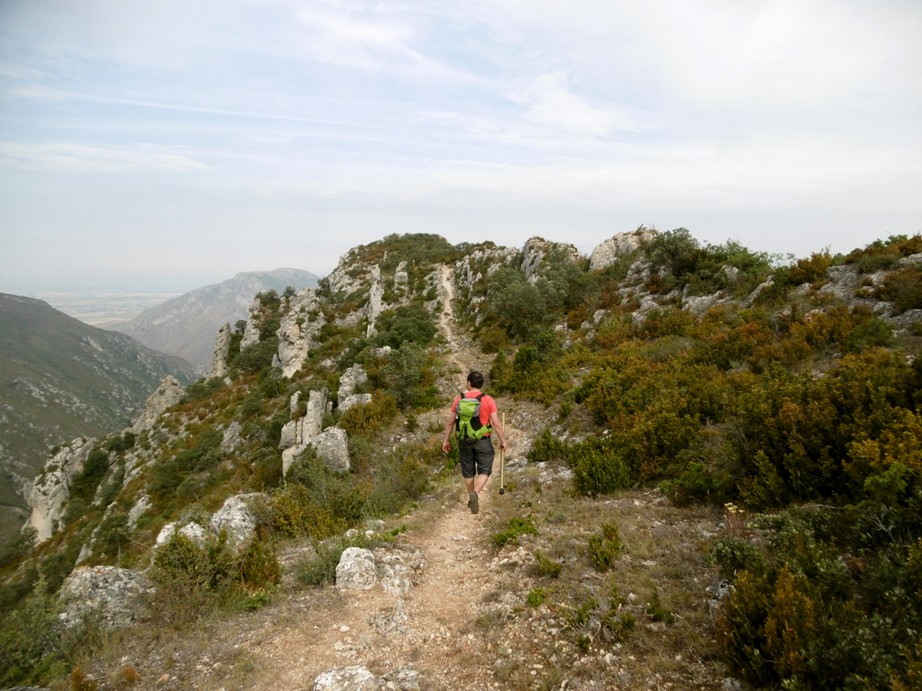 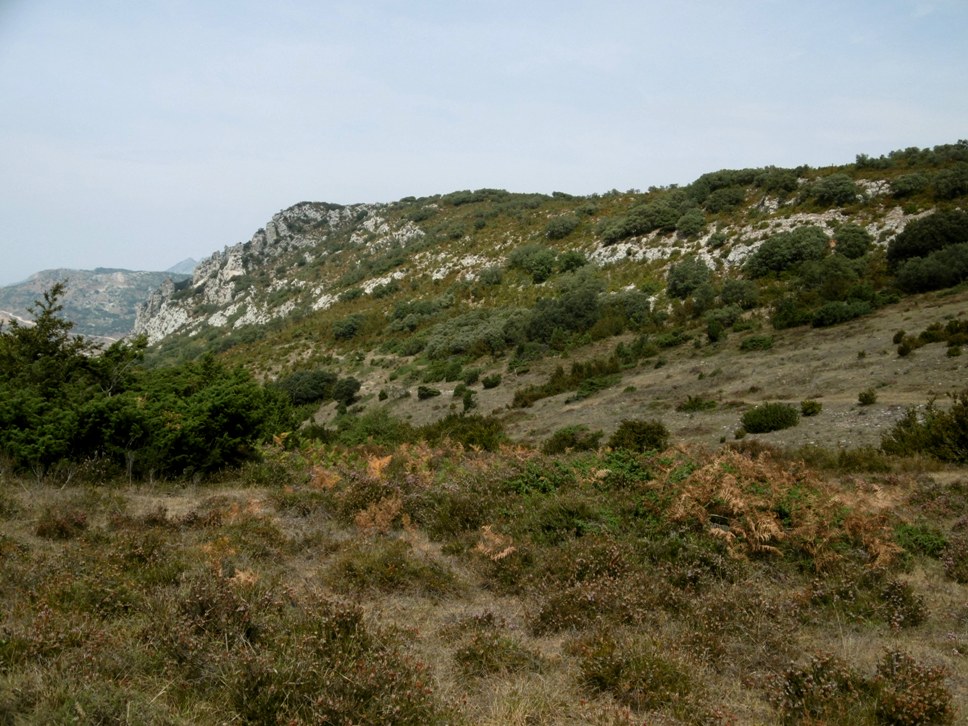 The very summit is a big stone with a cross on it. If you keep on walking further on there is a huge vertical drop towards the village of Pancorbo. 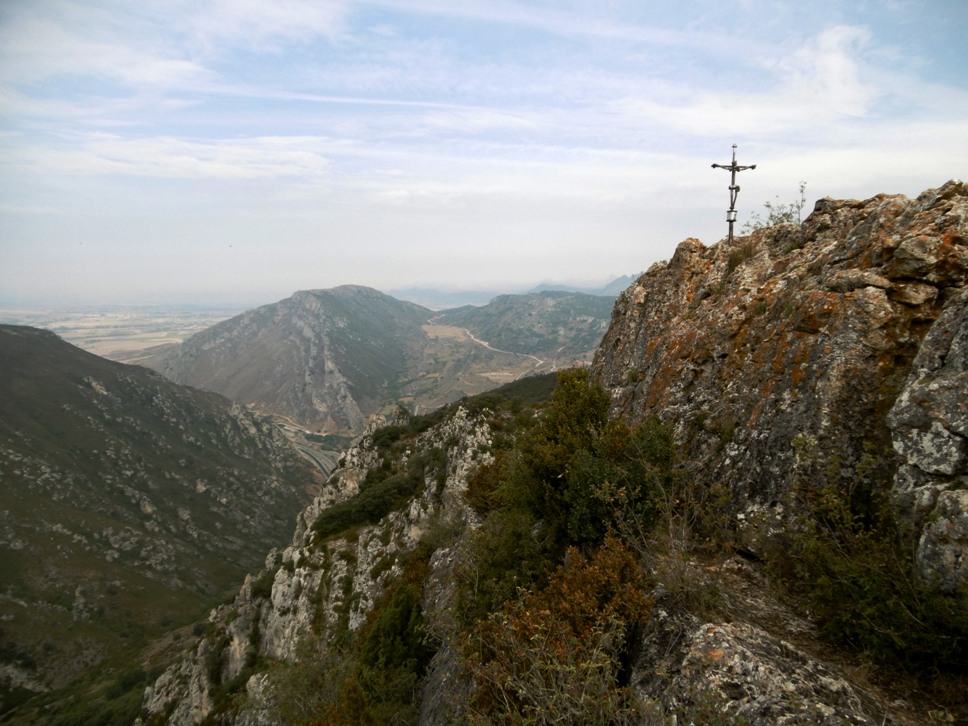 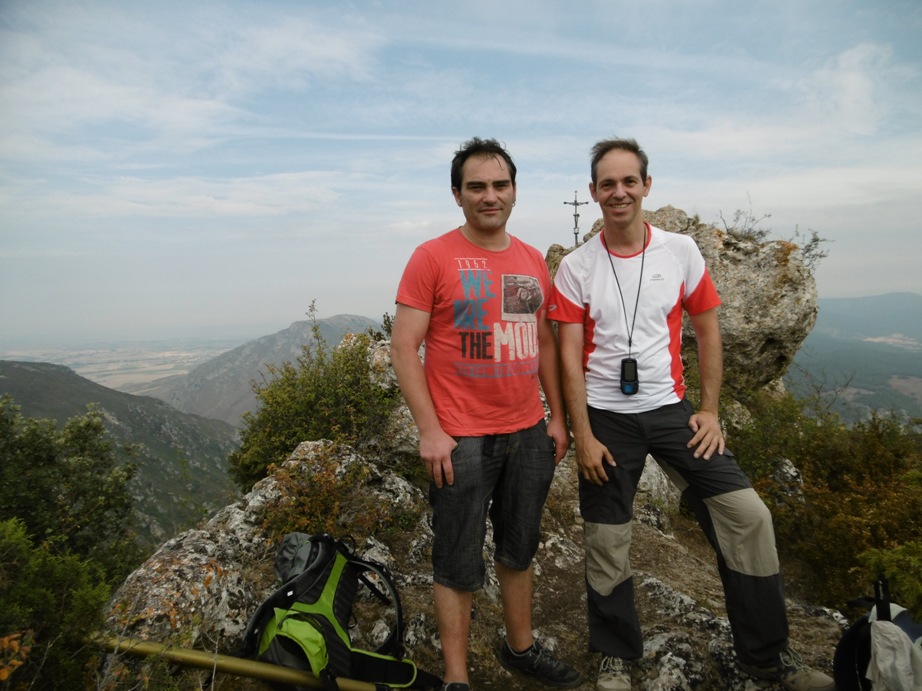 Next the stone there is few space to deploy an antenna. We stepped backwards for some meters where there is a much larger flat area.
There are a couple of indicator posts well separated (about 50 m) and decided to install our stations there to avoid mutual interference during the activation.

Photo showing both aerials from, EA2BD’s point of view 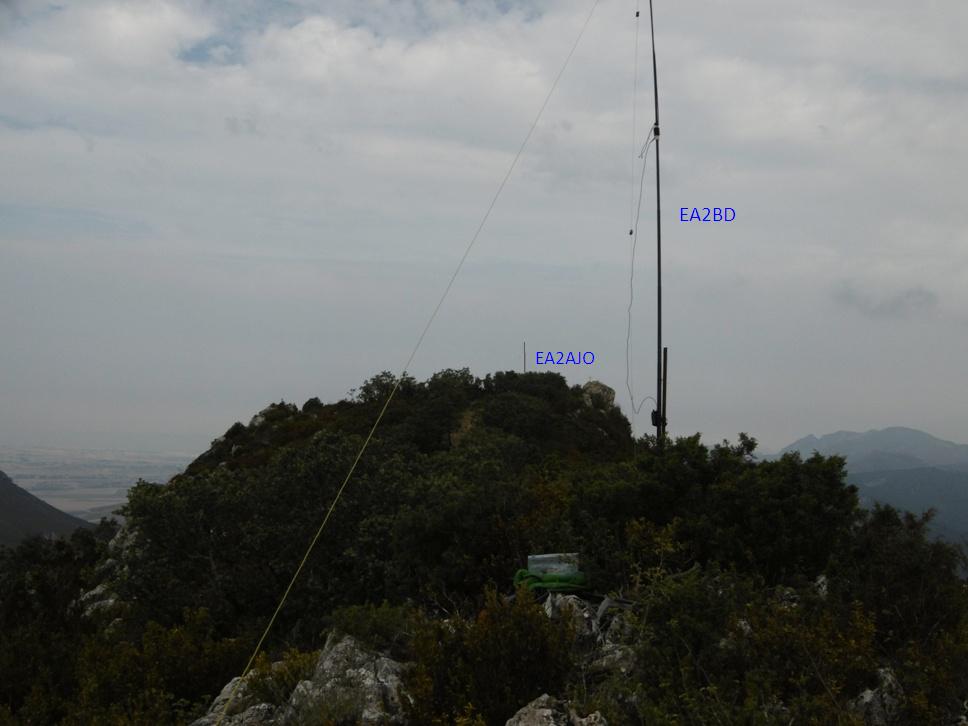 I decided to run 30m CW first, while EA2AJO started cqing on 20m SSB. During the activation we never had any trouble of mutual interference, I guess the distance between us helped a lot.
After logging a lot of usual chasers, we QSYed: I moved to 20m CW and Juan Carlos moved to 40m SSB.
Again more chasers were logged with ease. My run on 20m produced few chasers and I QSYed to 40m CW. 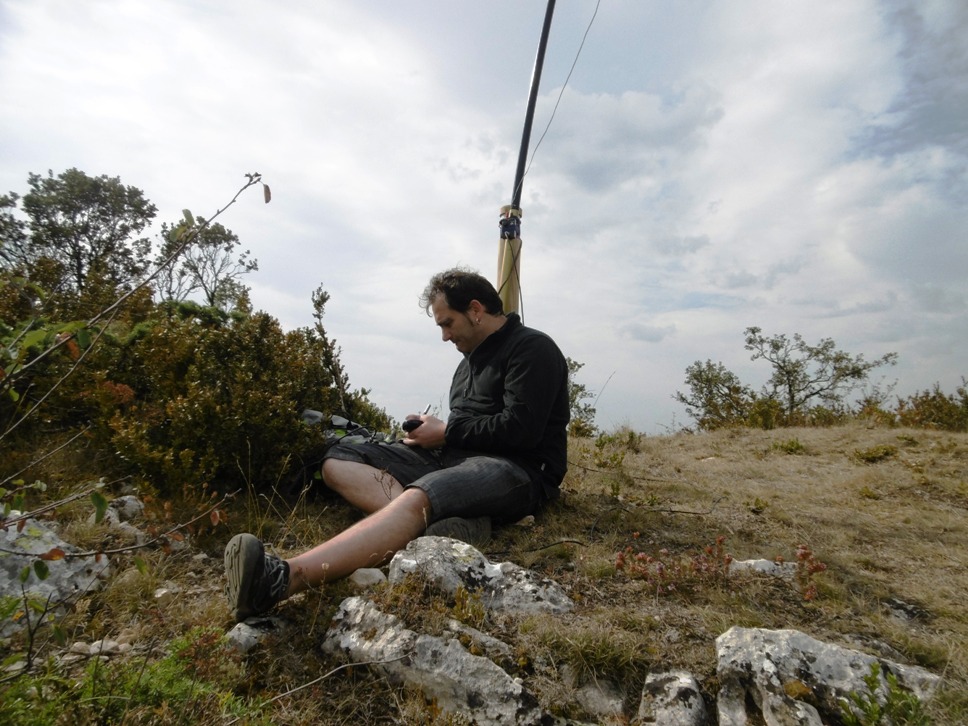 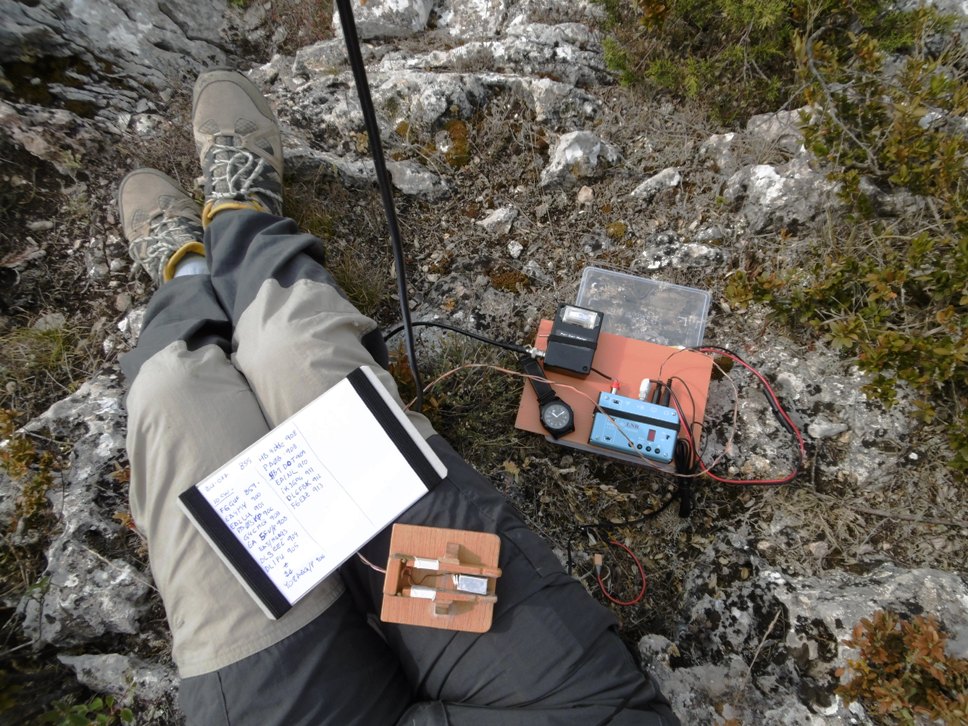 Highlights: I logged with pleasure many European stations. Good to count 4Z4DX in my log and to my surprise, I received the call from 2 S2S stations on 40m: OE/OK2PDT/P and LA1KHA/P: long propagation on 40m being midday!
I also logged S2S EA5FV/P with a new reference in EA5/MU-093.

The end of the activation was a S2S with EA2EBX/P on EA2/NV-050. We were dismantling and waiting for him (as we had seen his alert in Sotawatch) and we could exchange on VHF just before leaving the summit.

Thanks Juan Carlos for sharing the activation with me and the new reference in my listing!