Today I activativated FL/NO-087, La Motte, which has the curious distinction of now being activated by 6 people but none of them have been French. It seems to be only popular with tourists like me.

I scouted out the summit this morning while walking my dog. From the map I could see a track going very close to the summit but when I got there it led to a private house and there were large signs saying “propriété privée” but there was a much more interesting location on the opposite side of the road which was well within the activation zone. 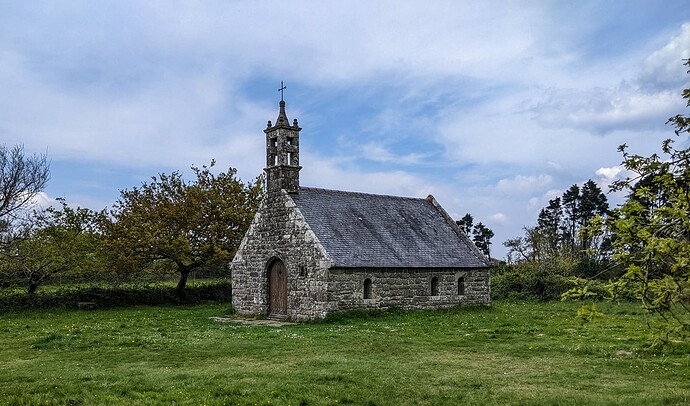 The Chapelle ar Zonj looks very old but it was built in 1977 to replace a much larger chapel which was destroyed in a fire. Some background can be found on this page if you scroll down a little way.

There are stone benches in the little field around the chapel which were very convenient.

Although I could have done without the crottes de chien in the grass! 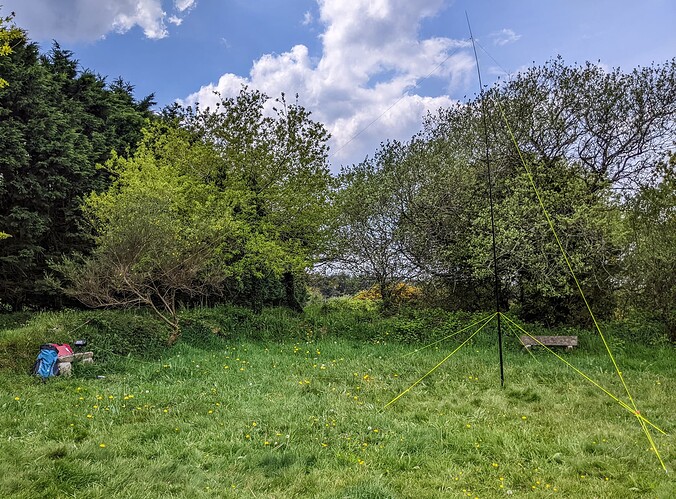 I won’t repeat all I wrote yesterday on my activation of FL/NO-021 as today followed a similar pattern. I started with SSB switched to CW and finished on 20m SSB after swapping my random wire for a dipole to see how it performed as I hope to get up early tomorrow and see if I can hear any VK or even ZL SOTA operators.

A QSO with Lee K2LT in New York state on 17m CW was a pleasant surprise but of course many thanks to all chasers, it was an enjoyable afternoon. 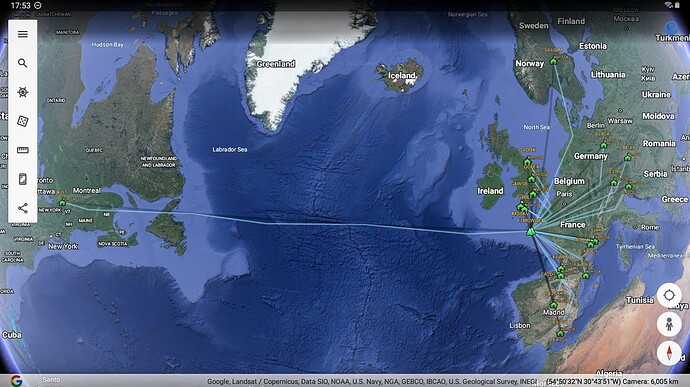 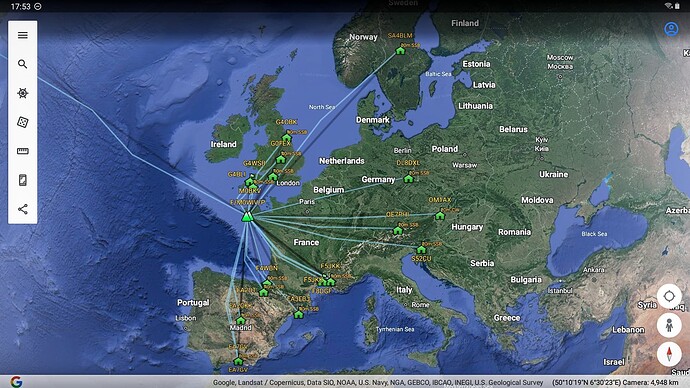 Good maps John, well done. Looking forward to going there to activate the summit in September. Tell me, how did you travel to Brittany from where you live? (Not P&O I hope after they sacked 800 UK workers after the owners “took back control”).

We took the overnight Brittany Ferries boat to Roscoff. Not the cheapest crossing, especially if you add in the cabin, but it is very convenient as the port is 15 minutes from home.

We are staying at Camping Locronan which is quite swish and €18 a night at this time of year. It’s a 20 minute walk to La Motte from the campsite but if you have a car it would be easier! The hill is steep and from the writing on it a popular hill for vélo races.

Thanks info John. My original plan for last June until Pandemic restrictions got in the way was to travel via the Channel Island SOTAs then take a short ferry to Brittany from there. Hoping to do the same in September, spend a week in a Brittany Gite then transit back through Northern France picking off a few easy FL/NO SOTAs along the way. I need a few in that spere as a Chaser so if I don’t have them before we go in September I won’t activate those ones, just the ones I need for Completes, as there are plenty of them for me to go for.

Are then any specific summits you need in Western Brittany? On the way back I hope to knock off a couple near Morlaix/Guingamp but we we won’t, on current plans, be going much further east, for example into the Cherbourg Peninsula.