On the 1st Nov, I and Sergio CT2JLS activated the SOTA ref CT/BA-003, Serra de S. Macário, near S. Pedro do Sul, Portugal.

While driving through S. Pedro Do Sul, we notice the existence of a dense fog.
While we climbed we noticed the decrease in the fog until…a beautiful sun shining in top of us.

Arriving at the car park we walked for the top, in the middle of a outstanding scenary.
The wind was blowing stronger at the top cooling us down.

We choose our operating positions, away one from each other, but inside AZ. Sergio, CT2JLS worked SSB while I worked CW.

Sergio went of to his op position in the middle of some rocks and I used the altar, near the outside walls of the church.
First time that a SOTA activation was made from an altar ?

I tried to tie the pole on the pulpit, with no sucess. The pulpit is made of one single rock, stucked in the floor, vertically, with an irregular shape.
Then I used the church outside rock walls to attach the pole, which was very easy.

After some QSOs I decided to try 10 m. The 10 m band was very active and I logged 10 more QSO. The pileup was going down slowly and I decided to try the 20m band before leaving.
Then a couple with a kid appeared and asked what I was doing there with a fish pole…I gave them an explanation of what is amateur radio and SOTA. The kid became so interested in the morse code that i played for a while with him, sending letters which he should catch. Not the best morse lesson in the world but the seed is there (i hope…)

The cold (…brrrr) started to make us feel his effects…

Some 20+ QSos logged for each one. Not the best of the activations but a fair number of QSOs for one hour (+/-) in the summit.

Sergio tried but didn’t succeed to established any QSO in the 2 m band (SSB and FM). No chasers on 2 m ? A very remote part of the country?

I had some problems with my iambic morse key and some times it was alive on his own.
Sorry for that and thanks for the patience of the chasers!

Thanks to all the SOTA chasers.

The summit from the distance

SOTA station on the altar

Another view from the top

I activated DM/NW-255 Halde Haniel last summer.
There is an altar, where Pope John Paul II celebrated mass in 1987, there is a big crucifix too.
But I’m not sure it’s in the activation zone, so I walked to the real summit to set op my station, see picture. 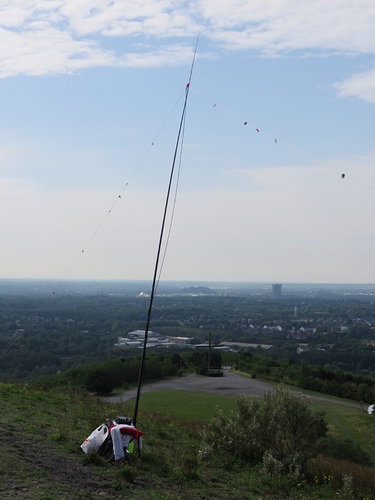 That seems to be a pretty nice summit

In this case (CT/BA-003) the altar is a convenient seat and is right in the middle of the activation zone.

Hi Pedro,
Thanks for the report. It’s been nice seeing the Serra da Freita where I was activating last April 20th.
Your activation from an altar reminded me of a couple of altar-like places I’ve been activating from. 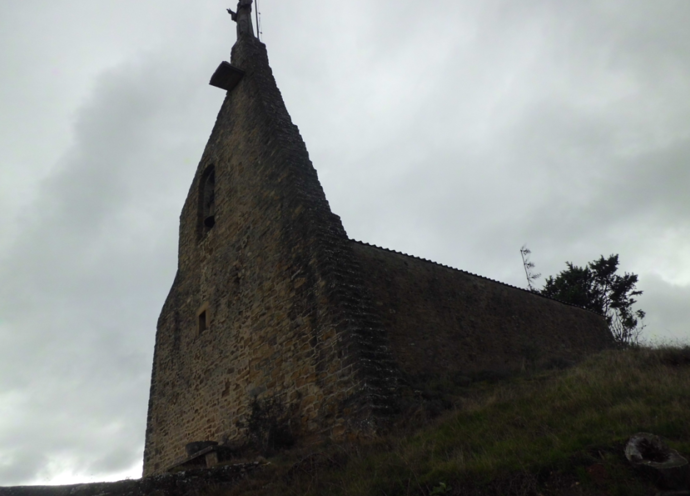 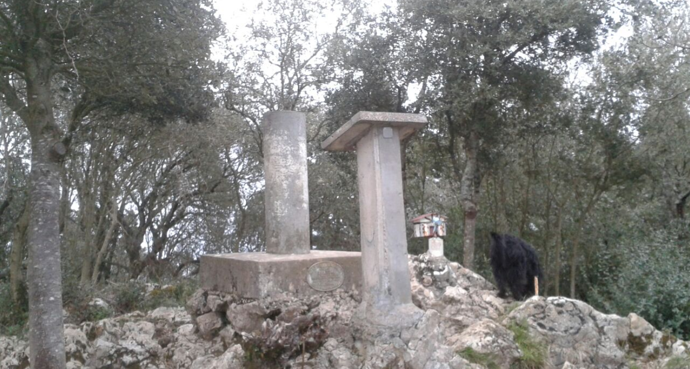 I hope to QSO with you for the first time soon.
Best 73 de Guru

congratulations on your activation.
It seems we are pointing a new trend here, Altar On The Air, hi.
I also did it once when activating for SOTA EA1/LR-001 back in August 2012.
I used an altar on the summit in front of the statue of Mary, to clamp my antenna and operate as you can see: 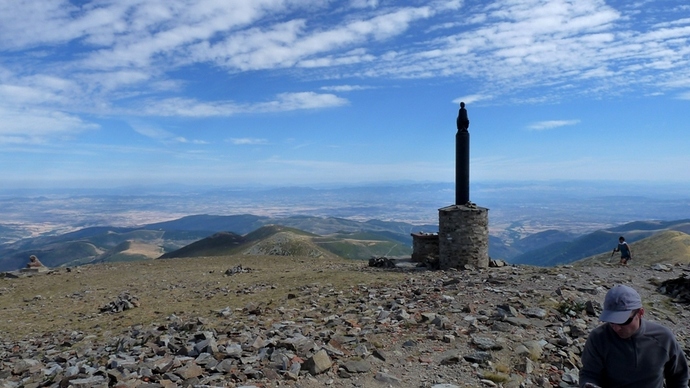 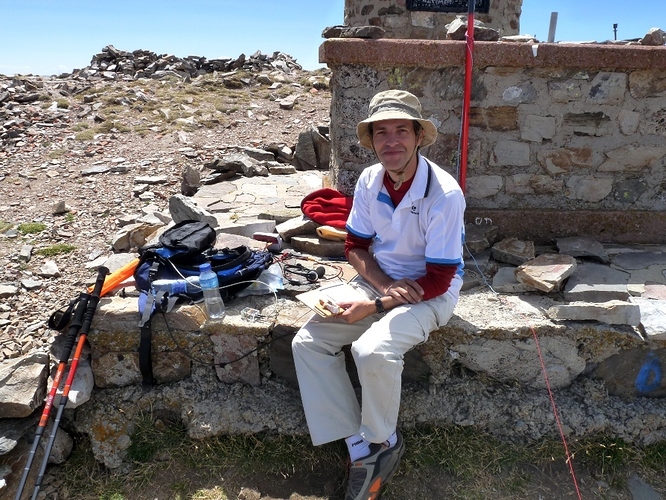 Good luck in your next one! VY 73 de Ignacio

I hope to QSO with you for the first time soon.

I hope so. We are neighbours…

It seems we are pointing a new trend here, Altar On The Air, hi.

There we go…I didn’t thought that this would be a new trend but we never know!

It seem much less rare than one can imagine.

I’m planning my next activation and I’m not expecting such a kind of surprises.
A plain and simple summit.

I hope to QSO with you soon.