I was unlucky today. Having hidden myself well away from the usual haunts of Joe Public (who was out in force in spite of the cold wind which governed the exact activation site location) I was in prime sheep counting territory and today was sheep counting day! So my location was duly noted and on return from the sheep count the warden came across the heather and informed me that mast erection was contrary to NT byelaws and so my mast must be removed.

As I had managed quite a few contacts by then, and as SOTA rules appear to require compliance with such requests, I merely requested the chance to inform those listening that I was going off air before closing down. Allan, G4VPX, got the closing down QSO.

The warden was extremely civil and took time to explain that this was in force throughout the NT estates for legal reasons, primarily to prevent the erection of large masts which might collapse resulting in a civil liability. Having seen a contest/field day setup nearby on one occasion I could see what he meant. He even suggested that I contact the adjacent farmer for permission to erect the mast the other side of the nearby fence. I have noted down the grid reference of the stile which I passed again on the way back and had actually considered crossing to seek a sheltered spot. I think it is only about 15m below the summit and should therefore still be in the AZ:-
SO 41590 94656
To add insult to injury I was passed by 6 motorbikes riding quite legally on the unsurfaced minor road which crosses the hill at this point.

One of the NT Wardens at Pole Bank is excessively keen at enforcing NT policy which is probably being mis-interpreted.

Here is the extent of the NT land at Pole Bank, they do not own it all. 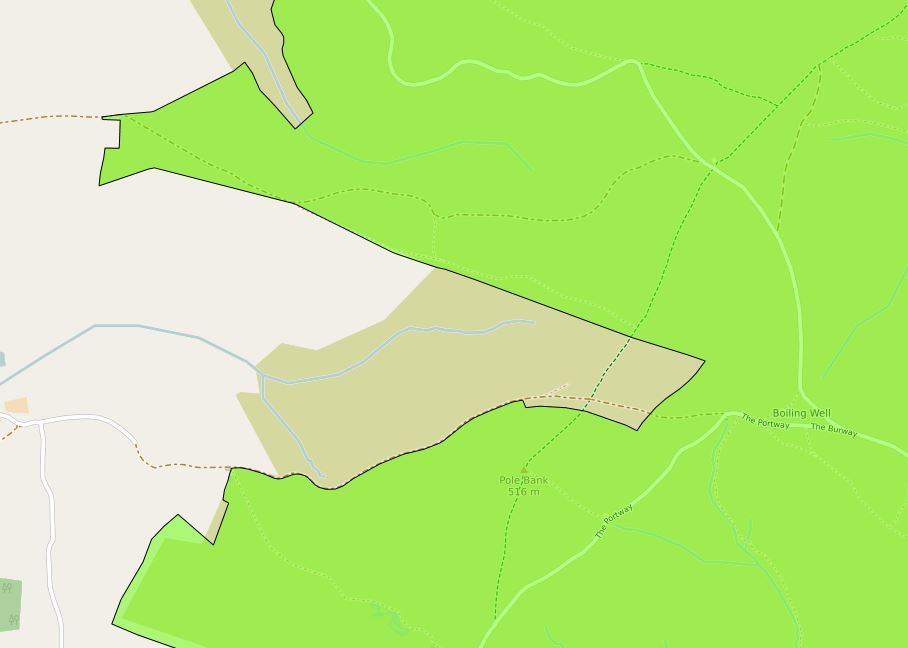 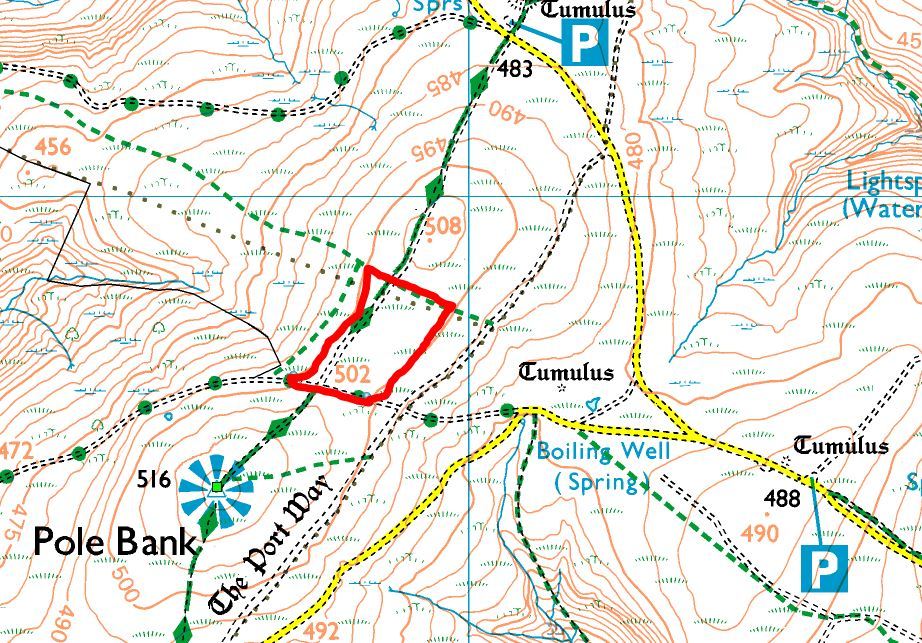 Activators are advised to operate NOT from NT land unless using a handy and set top antenna or other low-impact system. But to operate from outside the NT land.