To conclude my long weekend in north wales, i decided on 1 last activation. Tal-Y-Fan, “the easiest 4 pointer in Wales” (allegedly) ) anyhow, the day was set and the weather was good. had a good study of the maps and previous reports and headed up to the parking point. bit of a problem on the way mind, as the traffic was terrible! 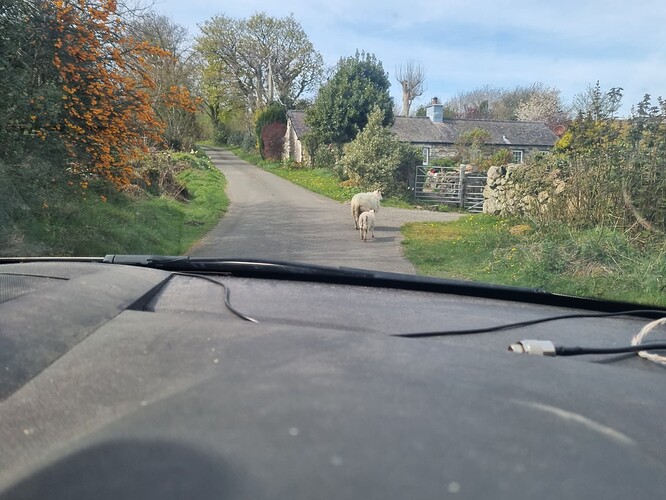 Anyway, from the bottom it looks pretty reasonable for a portly chap like me, I know my limitations and im not going to risk injury for a few SOTA points. the decision was made to go for it!

The only way is up! 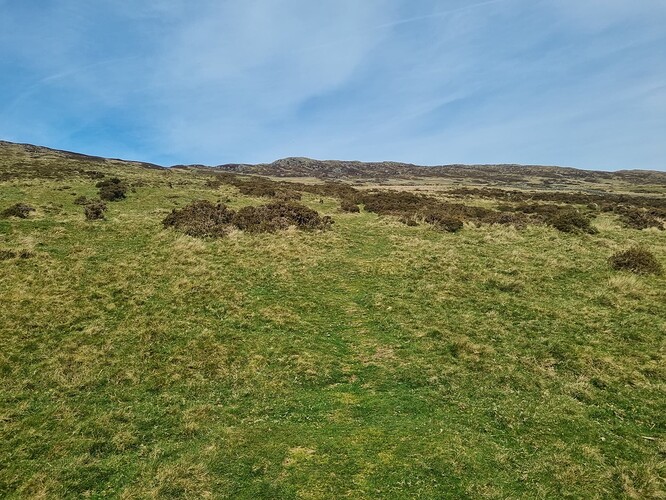 I will admit I did find the climb a bit of a slog, but took my time and made it to the top, now… the top isnt actually the top! to gain access to the trig there is a double rocky scramble to get there, I had my doubts about it, but had a go, being careful to not go beyond my limitations, it was pretty tough TBH, but slowly and steadily i made my way to the trig, and it was totally worth it! the views off here are MEGA. I also had the advantage of pretty much having the summit to myself!

Llandudno, and the Great Orme 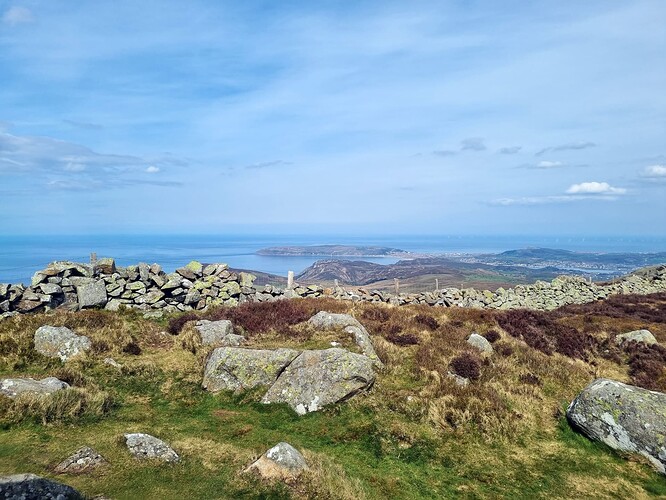 after a breather i got set up, with the assistance of a handy fence pole to get the 6M pole up and the flowerpot i spotted, gave it a couple of mins and started calling CQ…

I had the all important 4 contacts logged in the 1st 6 mins… G1PIE in Preston, M7BIA/P on G/SP-004 Shining tor with an S2S, MW0CCG/P - Nick, near Moel Famau (but sadly not on the summit) and 2E0DIJ - Duane in Prestwich. the calls continued to pile in, another S2S later on with 2E0NRL - Ethan on G/SP-015 the cloud and ended up with an eventual total of 15, happy days!

Happy Operator about to descend! 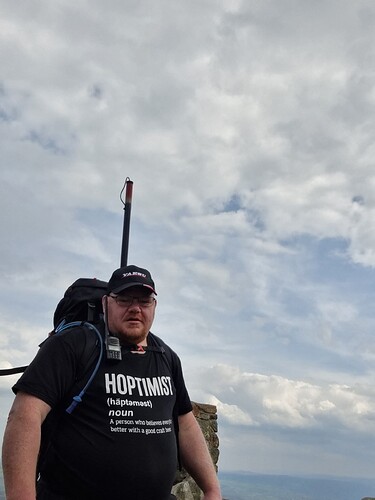 But not before one last look at the epic view! 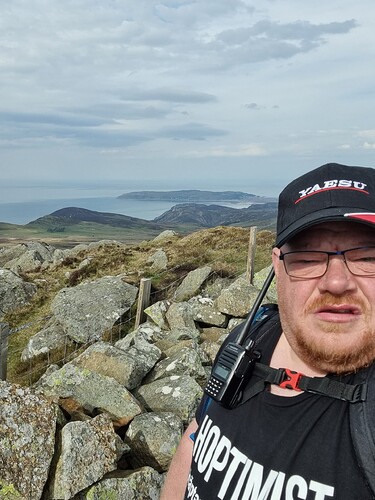 the descent was pretty uneventful, i did manage to avoid reversing most of the scrambles and picked an easier way down… and a quick chat with the locals before I got in the car and headed home!

I think this one was called Baaaaaabraaa… 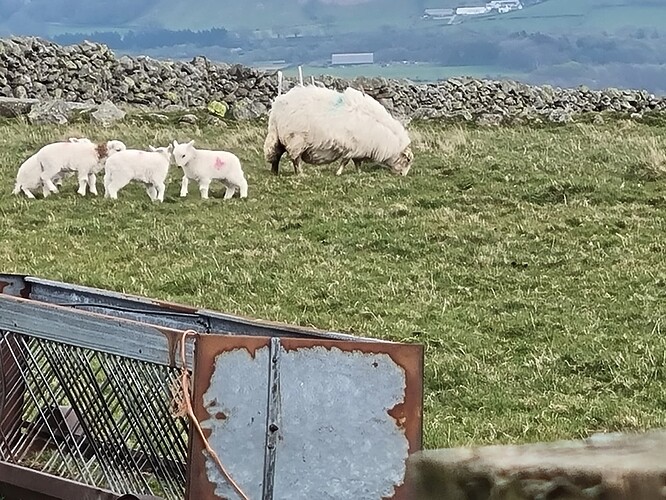 so, you may be wondering what the last part of the title is all about??

I intended on posting this report when we got home from Wales on the Monday (the day after). however i found the wife unresponsive in bed the Monday morning, and she was rushed to hospital where the wonderful staff at Glan Clwyd saved her life, she had a BAD sepsis infection, and has spent most of the following week in a coma! a mad ambulance transfer dash back to oldham mid week, and all the other stuff, this report got put back. anyway, she woke up yesterday and is off the ventilator and on the mend!

nice to get another one in the bag, and hopefully more to follow soon, when the wife comes home

thanks to all the chasers

My best wishes to your XYL!!!

Wishing your wife a speedy recovery and well done on the activation Alan.

An experience like that puts things in perspective. Hope she fully recovers soon and well done to the hospital. From what I know sepsis can be hard to diagnose.

From what I know sepsis can be hard to diagnose

the sepsis itself can be fairly easy to diagnose, its the source of the infection that’s driving the sepsis that can prove more difficult. in the wife’s case it was fairly easy, confirmed with a quick scan… Burst kidney cyst!

anyway, thanks everyone for the kind words, her recovery is going at pace now, and hopefully she’ll be home when they are confident they have got it well under control, and her drain is removed

And then I can get back to the important business of SOTA!!