I had been toying with the idea of going to Koralpe and doing some skiing in the morning and activating the Großer Speikkogel OE/KT-077 in the afternoon. That would have meant some nice freshly groomed snow in the morning, but the prospect of taking the new Tiger 660 out for a spin on dry roads in warm weather was just too much. I needed a safe-ish place to leave the bike, so I went for Troiseck (OE/ST-239). It was only an hour away via the Rechberg, so a nice drive out. I’m still breaking the bike in, so I took it nice and steady up to the Pölzl Schwammerlwirt. I still managed to almost collide with a lumber truck coming round a corner. Mental note: remember that there are lots of them about in spring. 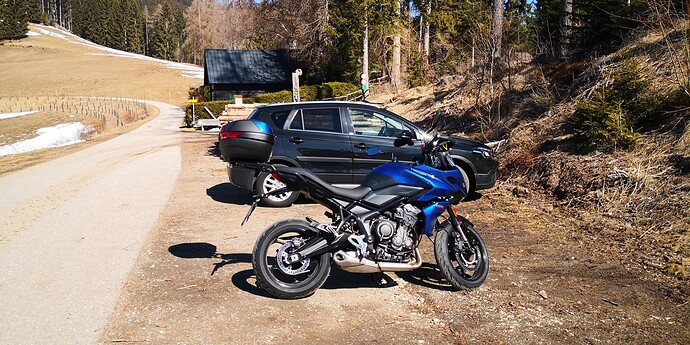 The way up to the summit was still completely snow covered and I needed to put my chains on. When I got to the summit, the view north was amazing: 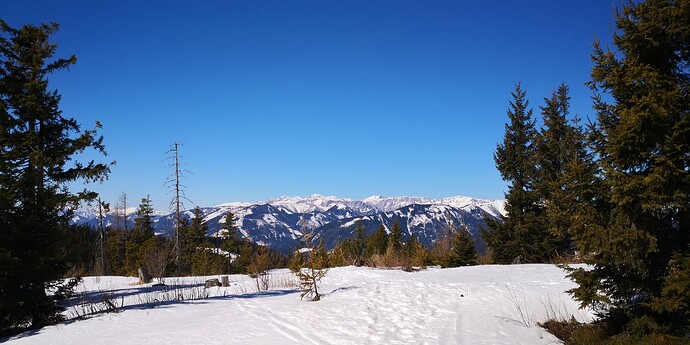 I had left my Helinox Ground Chair at home, as there is a picnic table at the summit. It was not completely buried, but I had to sit on the table rather than the benches: 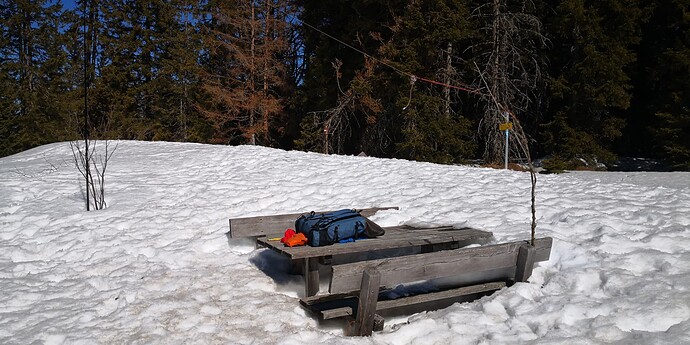 Contacts were not as abundant as usual and I had to work all the bands to get a decent handful. 7MHz proved surprisingly good, even though the antenna is only a 3/8 wave on that band: 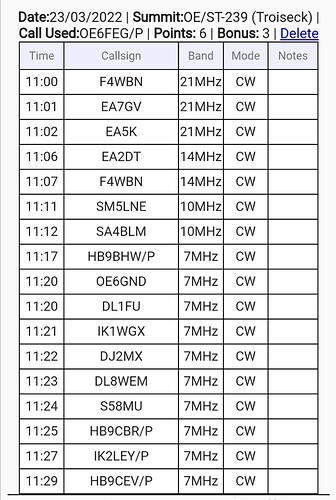 When I got back to the carpark, I found someone had thoroughly upstaged me when it came to flashy ways to get into the mountains: 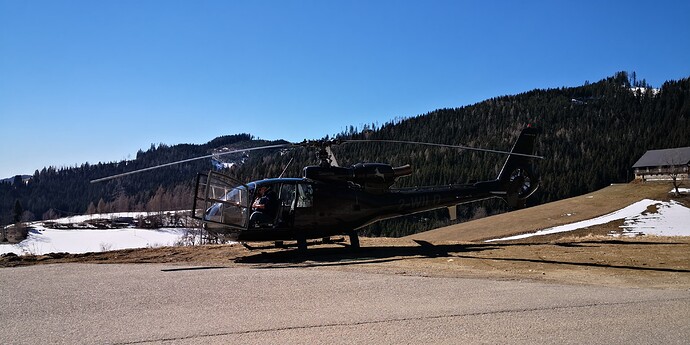 It took off just as I was pulling on my riding gear: 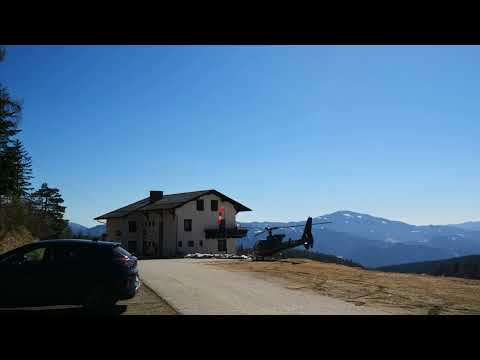 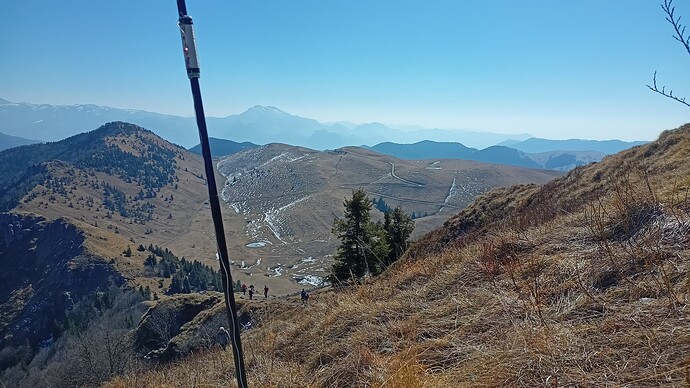