as announced in the latest Sota News digest We’ve arrived in Malta where we’ll have part of our summer holidays.
Trip was fine and I could take my 817, batteries and all stuff without a problem.

As an starter, and after preparing all what I needed, I intend to start tomorrow wednesday with a Lighthouse activarion here in Valletta.
Although it’s not a pure Sota ítem I just want to highlight it as it will serve to see how propagation is going on and the performance of my gear here.
I’ll be glad to count with your calls in my log. I plan to activare since around 8 a.m. Utc for about 2 hours, most likely in 20m ssb & cw.

If all is fine I soon will activare the Malta Sota summit. Public ttansport is already identified to move near the summit in the SW of the island. Few info is available and I’ll try to add a GPS track for future activarion.

I’ll complete the mini qrp tour with a WFF if I can.

It’s a pity qrm levels in our apartment are as high as S8 making Sota chasing unfeasible!!

I had never activated by the seashore before and all I have to say is FUN FUN being QRP there with a random Vertical.
Nice activity on 20m, vy nice reports, logging 97 both SSB & CW, and up to 27 DXCC.
I missed a lot not having any single UK, Eire, etc. Hope to count with them in the next activation.
I appreciated the calls from frequent Sota chasers; that made the day perfect.

After this first trial I must say I’m ready to go ahead with the Sota in Malta 9H/MA-001.
Here aside with me is my charger working fast as I plan to go to Ta’Dmejrek summit tomorrow Friday morning. A pity I can not do it in the weekend but I thing taking care of my family when they rest is better.

I have a doubt about how to do it: maybe I can start in 17m and going then down to 20m and 30m as activation progresses. Think I will reserve CW for 20m or 30m only. Your opinion is welcome.

I’ll try self spotting but I can’t actually find my mobile around! Therefore spotters will be greatly appreciated.

I’ll keep updating this thread in the next days. Cheerio and Saha (in Maltese, nice day). 73
Ignacio 9H3BD / EA2BD

HF Band conditions are very poor at the moment with much QSB/QRN, but you should get into most of EU using 14 and 10 MHz. Will be listening out for you Ignacio.

Thanks Roy, no doubt your “big ears” and skillness will deal with the lack of conditions!

Hopefully I found my mobile so I’ll be able to spot myself.

Thanks for the 9H3 QSO Ignacio and congratulations on your success with contacting mainland EU and the UK.

Conditions were still poor but on CW you were readable to me on 14062 KHz, but barely audible on 10118 KHz.

I shall not be around to hear you this weekend as I shall be operating Amateur Radio Special Event station “GO0OOO” (great on CW) with G4YSS, G0NUP AND G4OOE to celebrate the London 2012 Olympic Games.

In reply to All:

thanks a lot for your calls, again a very nice ham day.

It was a great day although I agree that conditions were poor and suffered from QSB. I received many reports pointing low S values. It is great to be able to communicate and to hear when there is no QRM, and you can interchange with a station even when the S meter is not moving at all!

In 17m I could hear some JA stations, but not able to work them as I was about to leave, ooooh…

I activated sitted by an ancient chapel. It is a tourism attraction, and every fifteen minutes a bus arrived with tourists to see an make pictures by the sea side.
Many of them looked at me as if I were part of the attraction!! Some recognized it was Morse and approached to ask for it. And some even took pictures from me operating… I guess I’ll be in someones facebook with a coment like “Maltese are still using Morse!”… hi hi. 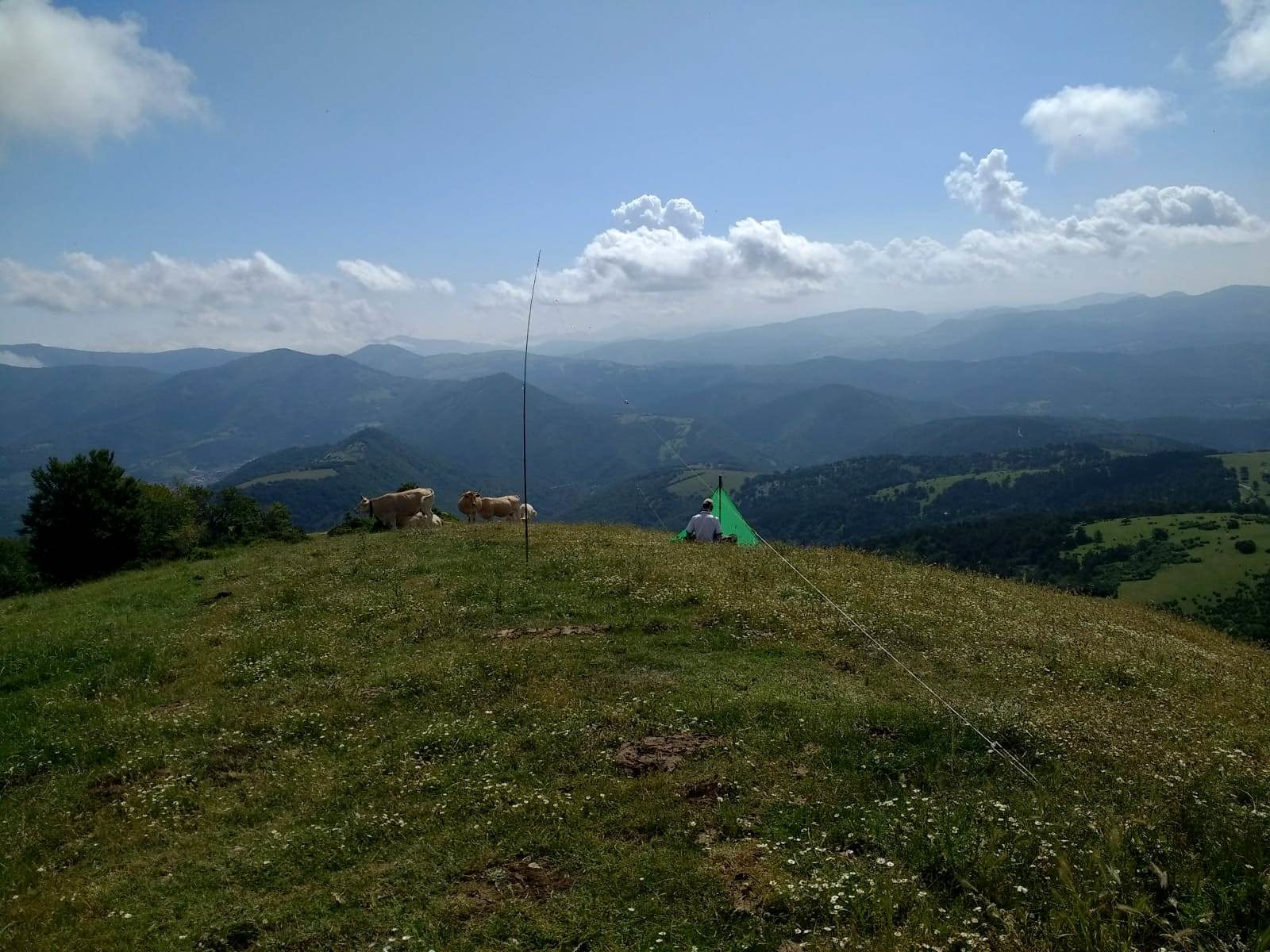 They are all surrounded by a nice Blue color!

Hope to be able to activate next week something else like WFF or another Light.

P.s.: Roy, a vy nice call by the way, be carefull not to add any additional dash on the way ;o)

It’s not a direct Sota related but just in case you aré interested.
Starting at around 8am in the vicinity of 14244. Maybe I’ll work split.

If posible I’ll do CW as well.
Cheerio 73
Ignacio 9H3BD