Anyone willing to give a try for an s2s G(W) <> DM/NS on the coming 70 cm Tuesday? Hepburn’s looking quite optimistic: There’s been some good Tropo around October 8-14th nearly every year since I was first licenced in 1990. The first year I was licenced I was driving through NW England and the 70cms repeaters were full of OE/DL stations some of whom I could hear on the input using a dual 5/8 mobile setup. Fair impressed a young lad who had a licence for only 3months.

Leaves more options for me as I then won’t have to be on a SOTA reference, but any other qth with a good take-off will do also.

I would normally, but I’m working tonight, sorry.

We’re usually both out on the 144 MHz Tuesday, so there’s gonna be the day we make an s2s on VHF. Maths and probability are with us, isn’t it?

Anyway, no path to the UK tonight. And because no SOTA activator was out, I chose a non-SOTA location close to my home. Kronsberg (GMA DA/NI-268) is more a pimple than a summit and peaks at only 118 m asl, but if you take into consideration that I live on the southern edge of the Northern Plains (where the average height is about 60 m asl) and that there are no trees on the summit, it offers a good take-off. 26 QSOs were made (what is not too bad for north-DL on 70 cm) into 5 DXCCs. ODX was SF6X, 575 km. Seems like a good start of the 2018 tropo season. I used my FT-857 @ 40 W PEP and a 7 element DK7ZB @ 8 m agl. 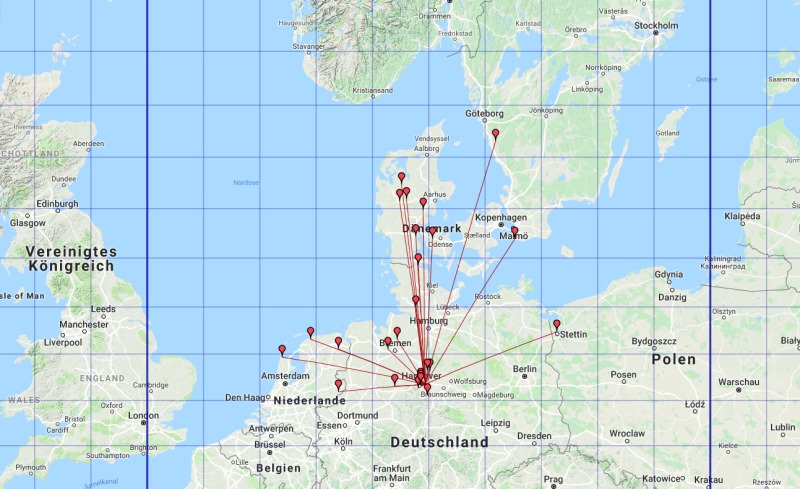 Looking forward to working you on vhf!
Ahoi
Pom

Nice to work you last night. Didn’t realise you were on a summit. Which one was it?

You did better than me. Only managed 35 QSOs.

My local summit G/CE-004 Bardon Hill.
I try to do different summits during the summer contests, and my local one once the nights start to draw in.
A lot of mine were loca-ish, in 93 square. 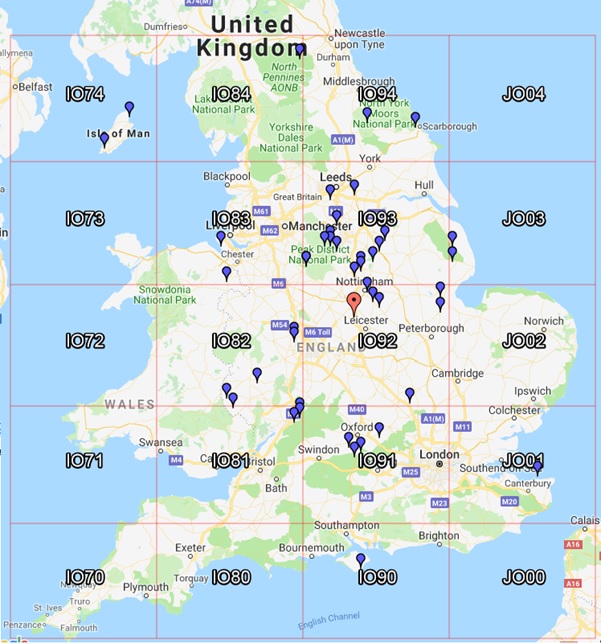 Excellent. Many thanks for the summit. Looks like you had a decent spread of stations. See you in the next one hopefully.

When I worked Simon G7WKX the other day, he mentioned there being a possibility that he would do likewise on Shining Tor G/SP-004.

So a bit of SOTA action available on UHF this evening for the chasers. Any more takers for activating a summit on 433/432MHz?

Well that wasn’t much “fun”.

I was on summit and fully set up before 1900z. That was as successful as the night got. Despite a good VSWR indication, it was soon clear that signals both in and out were well down on what they should be.

I couldn’t find any issues. I stumbled along making 8 QSOs on 70cm FM and then just 5 on 70cm SSB. It was now 8.20pm, and I was freezing cold, hungry and fed up. I suspected the coax extension might have a problem, so I thought I’d remove that and compare how things sounded with just the short length of coax to the croc clips directly between the 817 and antenna. As I set about doing this, one side of the coax freed itself from the crocodile clip! Looks like that was the problem.

That meant I could go home early, get into a warm house, and have my dinner. I don’t think I’ve ever been so pleased to admit failure and have to abandon an activation early!

Still, 13 contacts, so ignoring the contests, in purely SOTA terms, the activation was a rip-roaring success.

I was surprised not to hear you from my /P location, though I only started half way through due to a power issue.

Someone did try calling me only just breaking the squelch and unreadable.

As you say, your “score” was more than respectable for SOTA!

Yes that was me Helen.

As I set about doing this, one side of the coax freed itself from the crocodile clip!

Ha, shades of Waun Rydd GW/SW-004. Ever since that activation I have carried a spare coax to croc clip cable. Which reminds me… I must sort out an overhaul of the SB5 and check the cabling.

Hi Tom,
Sorry I missed you. I did go up a summit, but not a SOTA one, as I decided to activate nearer to home. I actually got setup in time for the start of the contest, but found it very quiet on the band. 13 contacts in total, so not my best FMAC.
Will try again next month.
73, Simon

I missed you as well last night. I heard you on 432.750 I think, but you were R2/S1-2 and I only knew it was you from the odd word that was readable. I tried calling a few times, to no avail.
I was surprised you were so weak, as I was only a mile or two North of Bakewell and at ~400m, so would have expected to contact you easily.
I found it hard going, but will try again next month.

Well done on both the 4m and 70cm FMAC results by the way!

I saw your log, then saw where you were operating from and wasn’t surprised we couldn’t hear each other. Sorry I didn’t hear you at all. I was around 400m, too, but there are a fair few lumps and bumps between us, the relevant bit of Kinder being nearly 600m. Nick M1DDD/P did very well.

Thanks, happy with my results last year.

Won’t be so competitive this year I think. Lots more interest/competition, which is great, and no more 2E0 for me…! I will be doing 2m when I can.

Talk to you next time hopefully.

It was slow going by 2145z, and I was feeling very cold. An early finish and a trip to the pub trumped the prospect of eking out another 5/6 contacts in that final three-quarters of an hour! I’m slacking in my old age. 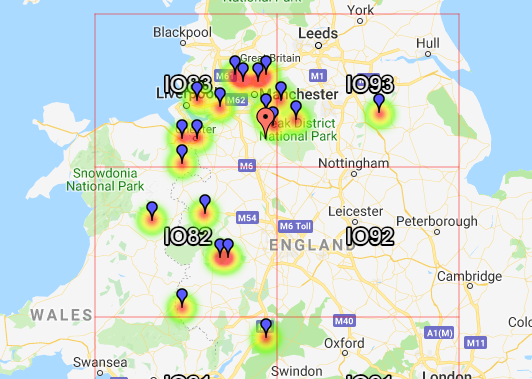 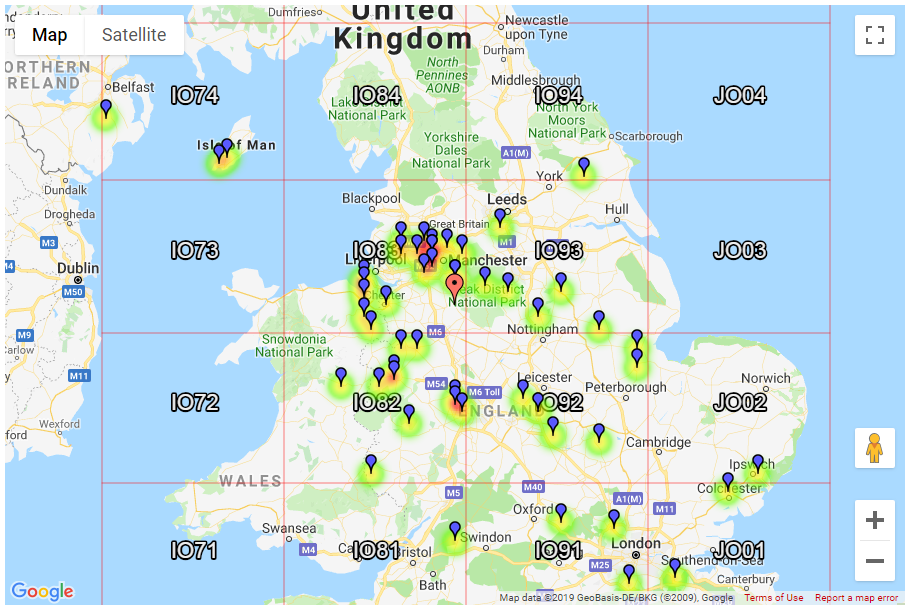 Hi Tom @M1EYP ,
It was good to catch you S2S last night, thanks. I was going to stay for the SSB contest, but by 8pm the fog and wind was bringing rain with it, so I called it a night.

Here are a few pictures from the top: 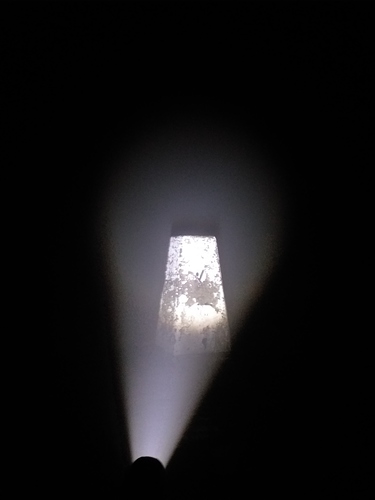 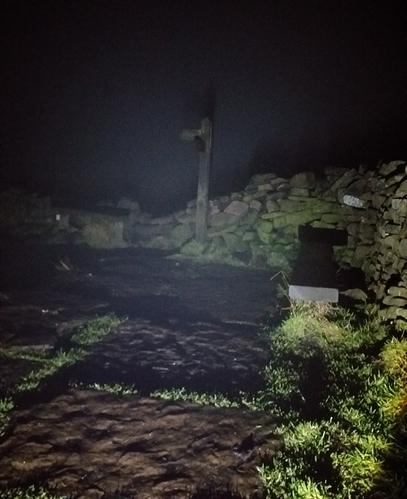 A very handy footpath sign/antenna mount on the summit: 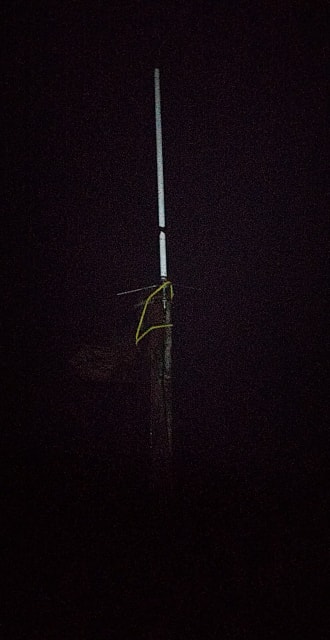 Dot the Zebra has joined me & my XYL on many summits; she’s now our mountain climbing lucky charm! 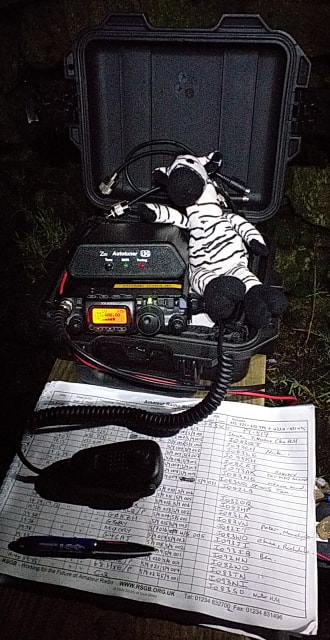 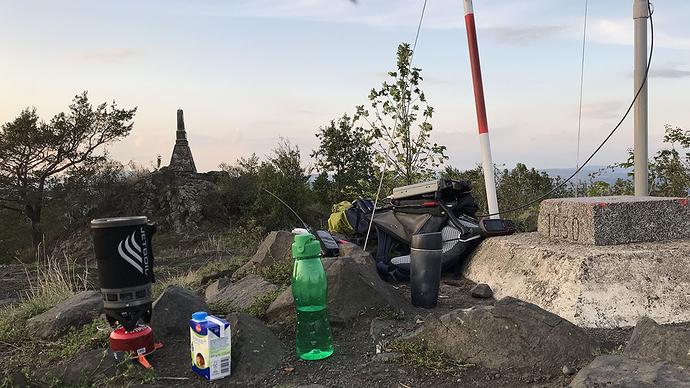 A lovely summit with a beautiful view, perfect for a short time off on a business trip! There’s a road nearby and it only takes a few minutes walk to climb the summit. I didn’t expect too much as forecast was no tropo and all the summits on the czech boarders are a bit higher than 463m.
And that’s how it was, the band was almost dead. I only made two contacts (ODX OK1VVT 115 km

) and hence didn’t qualify the summit, however I felt quite satisfied after the activation when walking back to the car. Blame it on the view and the amazing sunset! 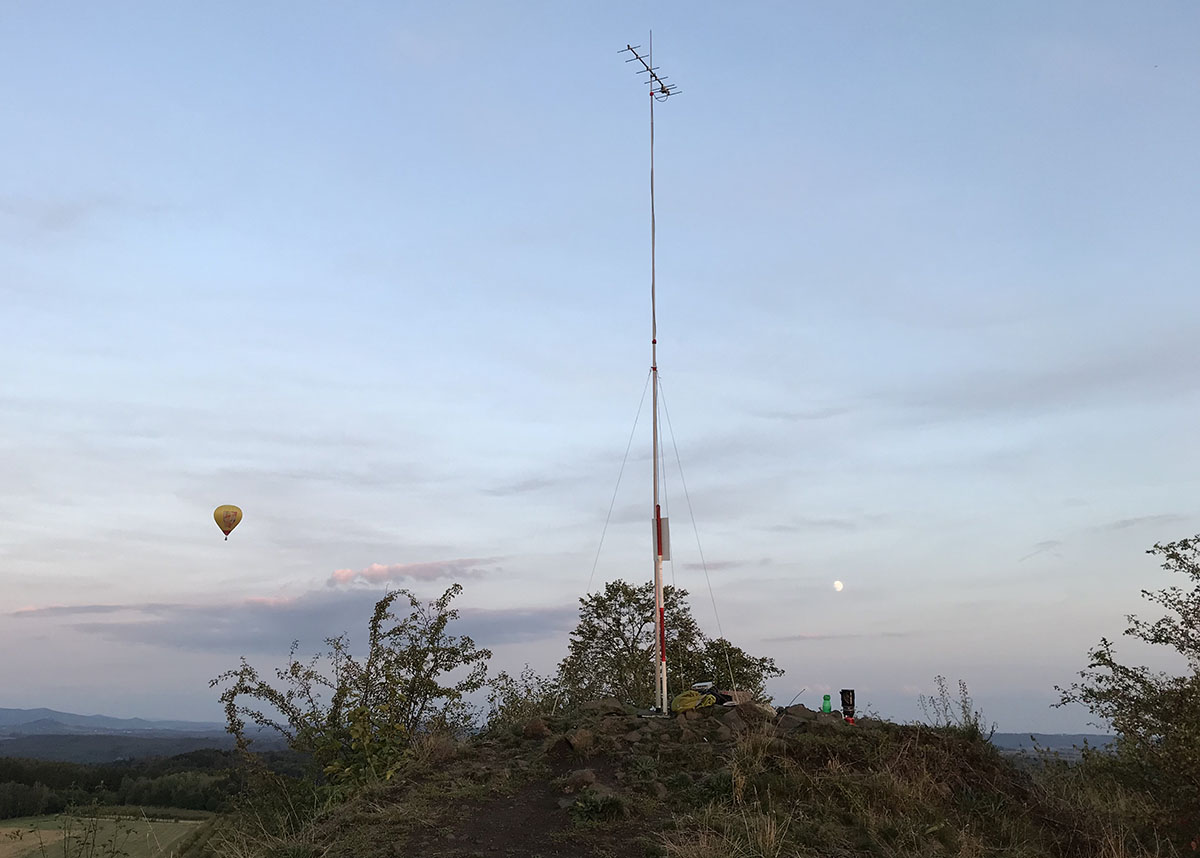 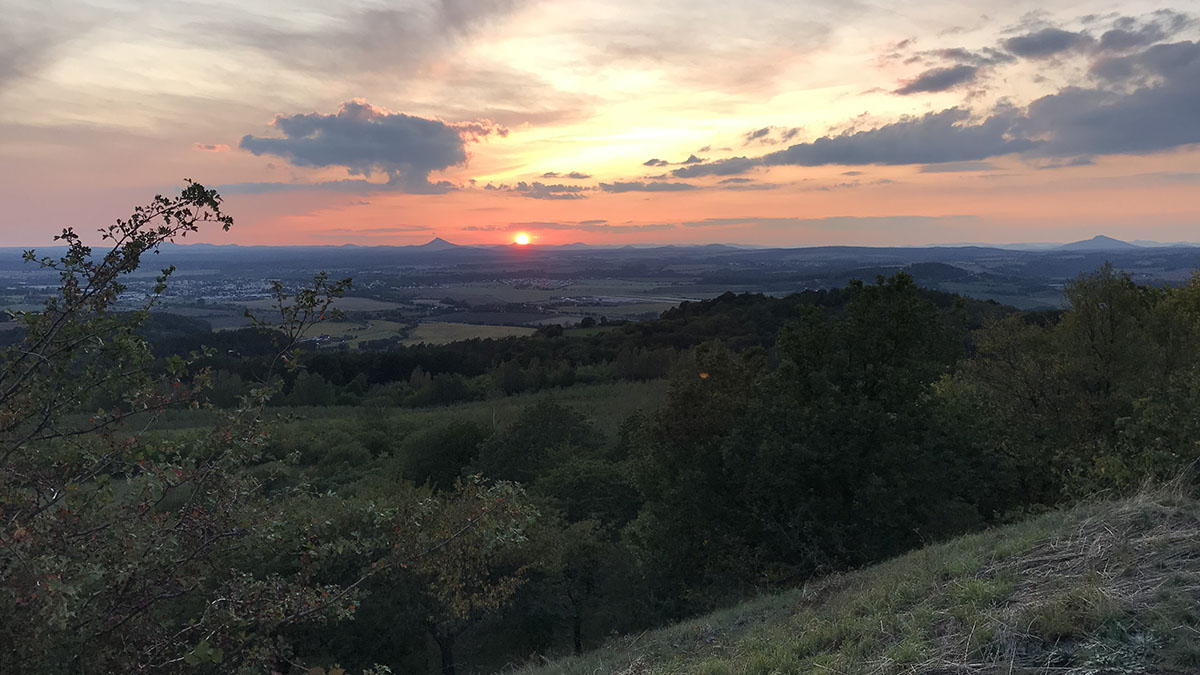 Another good point of this rather short activation was that I was able to catch up with the colleagues who already had their one or two pints* when I arrived at the pub.

** a joke that the old-fashioned ops get