6m FM is a band-mode combination that doesn’t enjoy much in the way of activity, certainly not here in the UK anyway. And yet there it is, on the iconic Yaesu VX7 handheld transceiver.

Looks like good weather for an evening activation in this neck of the woods too.

I can only receive 6m on the FT1XD but would be tempted up a hill regardless. Will check WX here and more importantly what the weather is on the ground with the missus…

Hi Tom,
Unfortunately we only have up to 51MHz here in Germany, and only horizontal polarisation.

I have worked a number of Es FM stations just above about 50.250, the present RSGB band plan seems to ignore that useage, but note that from 50.50 to 51.00 it is all modes on the current bandplan. This area is littered with internet gateways, DV channels etc but there is no reason to exclude simplex FM from there as long as people listen before transmitting. As for horizontal polarisation, in Es conditions the signal returning from the reflecting layer seems subject to random rotation so a signal starting out as vertically polarised could be anything by the time it reaches the receiver! I think that those using handies with whips could try the rig on its side, those with rubber duck dummy loads won’t get much joy anyway!

Thanks for the inspiration Tom.
Never worked 6M before as I don’t have any aerials for that band.
Hold on…what about the handheld gathering dust in the drawer. My old Icom IC-T81E. Last used on Pen-y-ghent 2012.
Home from work and batteries are on charge, might as well cut the lawn while I’m waiting.
7.10 (local time) and we’re off to my local summit of G/CE-004 Bardon Hill, arriving at the top about 7.35
I only managed 3 contacts on 6M, but a call after the contest on 145 soon produced the required 4th contact.
Did manage to work Tom for a S2S.
Perhaps I’ll give it another try next month.

Worked a whole bunch of OH stations on 50MHz SSB tonight but could hear nothing from the UK unfortunately.

PS the DXMaps site at https://www.dxmaps.com/spots/mapg.php?Lan=E&Frec=MUF&ML=M&HF=N showed very clearly where the Sporadic E clouds were and it made a lot of sense that I could be reflected into Finland but not into the UK. This is a useful website.

First it was the 6m FM session. Seven QSOs made, culminating in a pleasing S2S with G1ZAR/P on Bardon Hill G/CE-004. I was late starting due to several factors, but I don’t think I missed much! 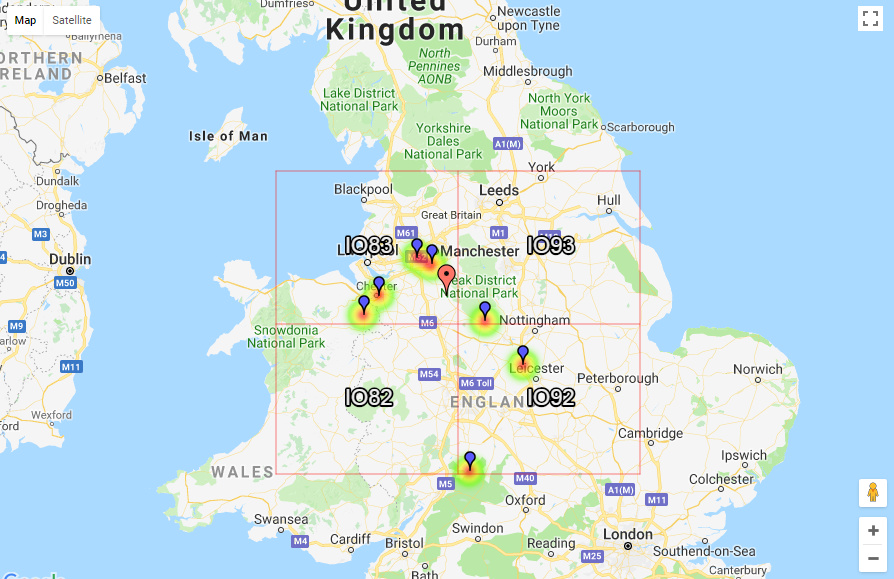 Onto the main UKAC, and Sp.E was around, That, combined with the Nordic 6m contest, resulted in a lot of Scandinavian and Baltic stations in my log. The only thing was, I got a bit obsessed down at the CW end of the band, and left it far too late to concentrate on the SSB area, where there was also plenty of DX available. 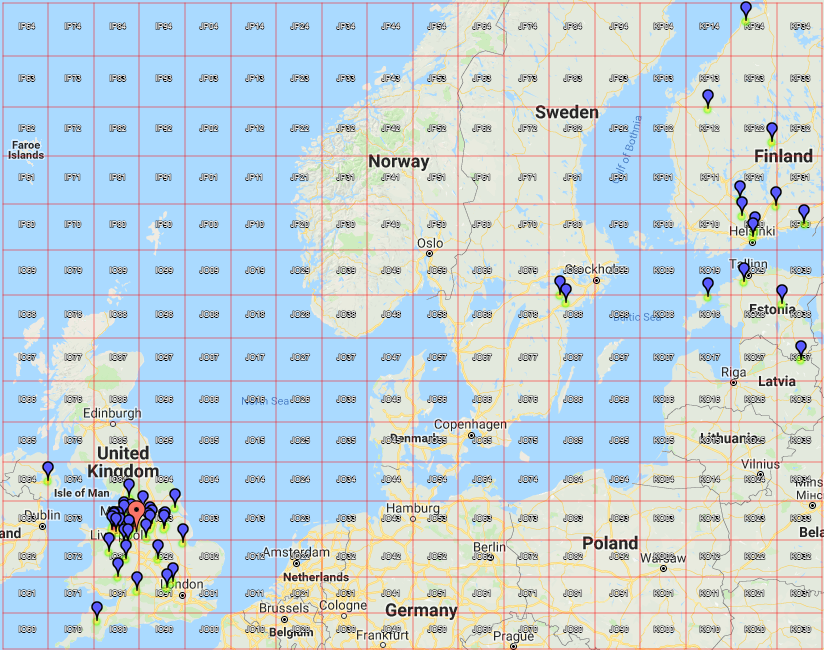 Chasing the DX really slowed me down, and I made only around 60% of the QSOs I would normally expect to get on a contest evening.

QSO maps from last night’s 6m events added in above. Amazing opening to the Baltic all night!