The 6m UKAC used to be exactly three weeks after the 2m event. Now it is either 9 days later, -or in this week’s case, 48 hours later.

In the 2m and 70cm UKAC, CW can be useful to complete one or two marginal QSOs. In 6m it is essential in obtaining a significant number of QSOs.

Three S2S (and a couple of those HEMA things that I’m not allowed to log) on Tuesday - wonder if there will be a similar “SOTA Fun Evening”-style turnout tonight?

Sorry, work stops play for the FM part and I don’t have antennas suitable for the SSB.
(previously worked you on FM handheld).
If only SotaBeams still made SOTA Beams…

Try one of these. Cheap & easy to make.
http://www.creative-science.org.uk/xantenna.html

In contrast to the decent 2m conditions on Tuesday, conditions on 6m tonight were truly awful. Both contests were slow and boring.

Looking across the Dane Valley I could see that The Roaches was engulfed in a serious grass fire, with much smoke pumping out from the hill. By the time I’d descended at 10.58pm BST, there was large area of bright orange glowing under the night sky when looking over towards The Roaches.

I decided to go for a closer look - courtesy of activating Gun. The summit of Gun is an excellent vantage point for a view of The Roaches, and of course the roads were cordoned off anyway.

I was on summit for nearly an hour, and the fire raged throughout. On 2m FM, with the FT70D, I made three QSOs, including an excellent chat and catch-up with Tony 2E0UOG.

My headtorch ran out of charge, so I had to descend in murky darkness! 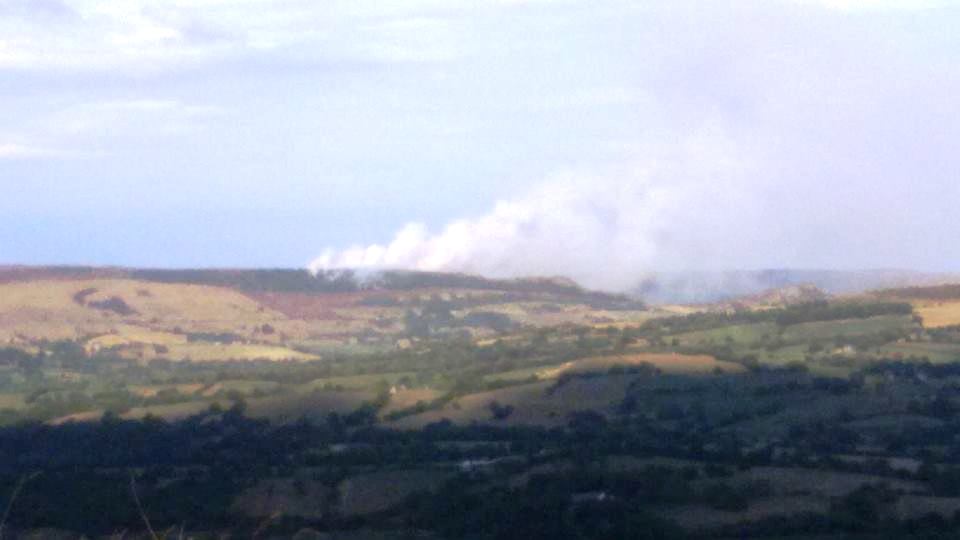 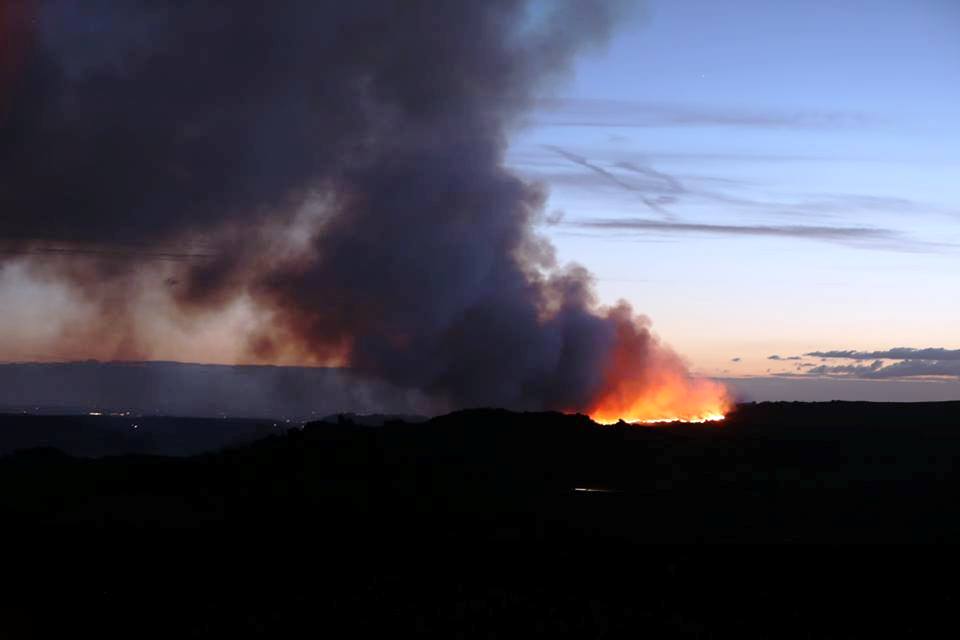 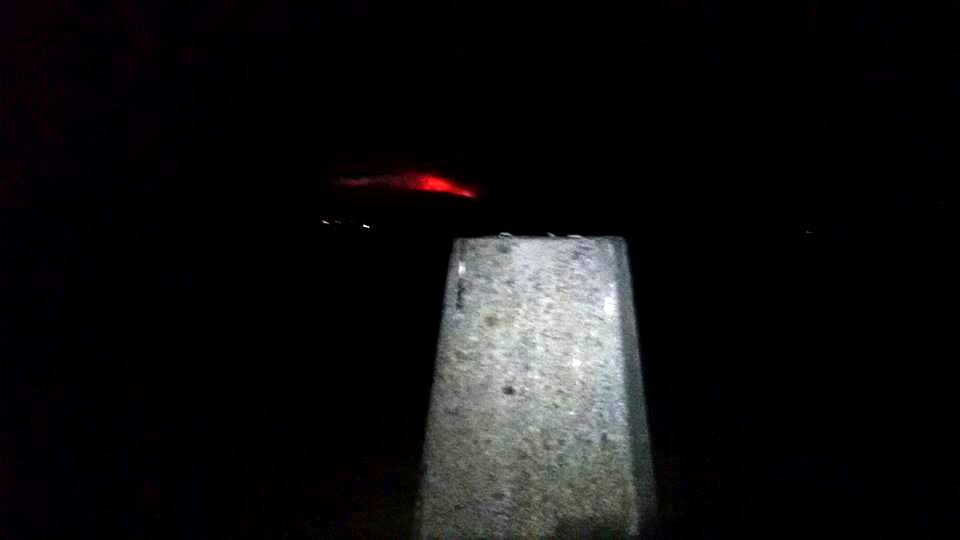 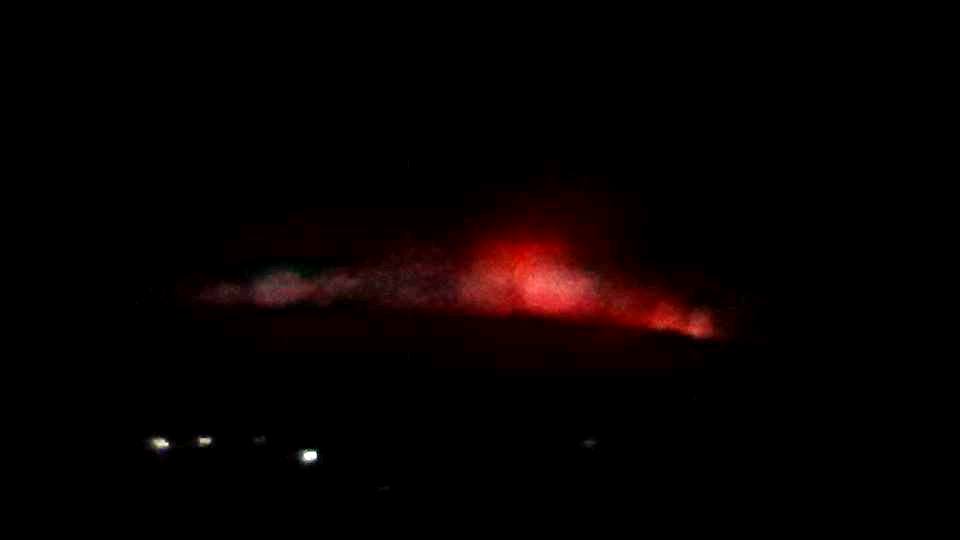 We can send this to help with your fire.

Yes it’s a 747 and the latest addition to Cal Fire (our statewide wilderness fire brigade). 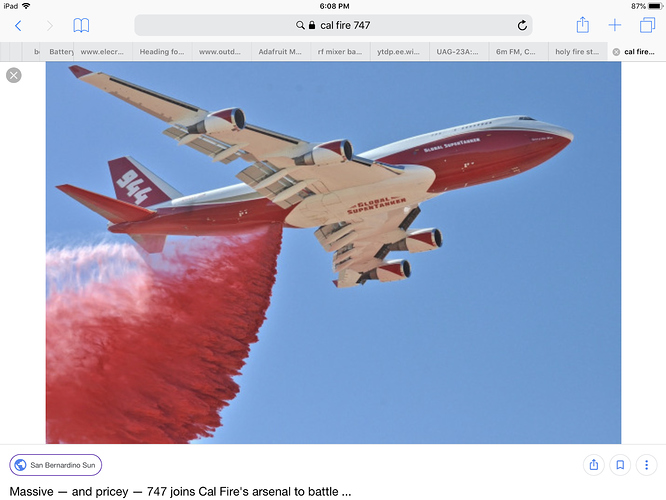 Looking across the Dane Valley I could see that The Roaches was engulfed in a serious grass fire, with much smoke pumping out from the hill. By the time I’d descended at 10.58pm BST, there was large area of bright orange glowing under the night sky when looking over towards The Roaches.

The moorland above the Roaches is home to a herd of wild wallabies, I hope they survived.

Hopefully neither of the HuMPs that you worked was G/HSP-026.

No. It was you and Paul. Pity I can’t log the chases. I must be unique in being excluded and banned from an awards programme without ever contravening a rule or AUP!

Just back from a 100 mile round trip to G/SC-008 - and in time for breakfast at the hotel in Hampshire! Even my niece’s wedding day couldn’t stop the irresistible force that is SOTA!

No. It was you and Paul.

Well the thread is about 6m, so I assumed that you had worked a couple of HuMPs activators on that band. Pity about the logging issue, especially as the website now has the facility to enter logs. When Mike G4BLH ran HEMA I always felt guilty that I gave him the work to put my logs on the database… then I added to his burden by writing reports on the activations complete with photos which needed formatting, but that was the system at the time.

No Tom, you’re not unique. I’m banned as well. We’re not allowed to take part because we are the “enemy”.

Good to know I’m not alone Andy. In fact I know that, because Jimmy M0HGY is banned and blocked as well.

Gerald, yeah it is a 6m thread but I did reflect on Tuesday’s 2m at the end of one post.

In fact I know that, because Jimmy M0HGY is banned and blocked as well.

That is only partly true dad, I have been blocked from both the FE and HEMA Facebook Group, but I haven’t been banned from HEMA, I have tried registaring 3 times to join HEMA one of them only just being now and I get this. 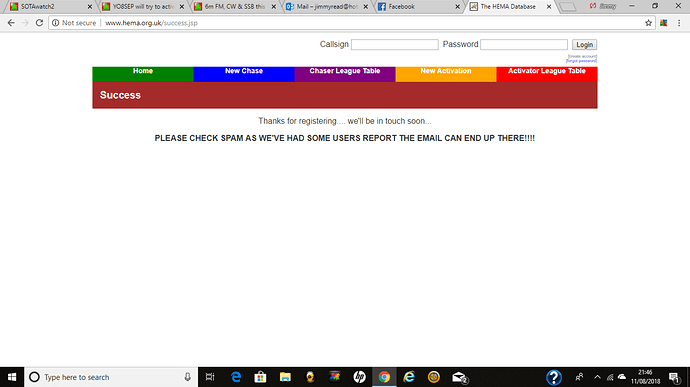 It always says they will contact me soon, but they never do and I doubt they contact me at all from the registration I made just now.

What passes my understanding is why anyone should want to be involved with an award that is run in such a spitefully juvenile manner. Forget them, deaf them out, they are beneath contempt.

The one downside to my recent career change is that I now miss far too many of these events to be competitive as I used to be. However, I have a night off tonight, so I will see how long I can brave the cold, and how long the antennas can brave the wind, and have a crack at the 6m FMAC 1900-2000 UTC, and the 6m UKAC 2000-2230 UTC.

Not expecting any S2S, taking an extra fleece…

I really admire your passion and dedication to this part of the hobby braving the cold, wind and other inclemencies to participate in those contests.
I wouldn’t do it, as we say over here, “ni por un cuto con la cola de oro” even for a pig with its tail made of gold.
Congratulations and good luck in the test.
Don’t get too cold!

Goodness me, that was a chilly one!

Not a classic night on the radio either. Conditions were generally very poor. There were occasional brief hints of openings. Some stations reported a very short-lived opening to Italy, while I heard a Finnish station calling CQ TEST on 6m CW - but very “in and out” - and also short-lived. Other stations suggested possible Sporadic E, but my hunch was meteor scatter.

The evening started with the 6m FMAC - and quite probably the last ever FMAC. Good riddance to them I say; waste of time and don’t deliver the intended (flawed) aim of attracting youngsters and new licencees into VHF contesting.

I was then surprised with the arrival of Simon G7WKX on summit. He went off to set up his 6m dipole. Despite being only 50 yards away, somewhat remarkably, he didn’t seem to cause me any QRM whatsoever. I rather suspect he got a bit more from me, especially when the SB6 was beaming right over him! In any case, Simon said he was only doing a short stint on 6m before doing the main activation on 2m. 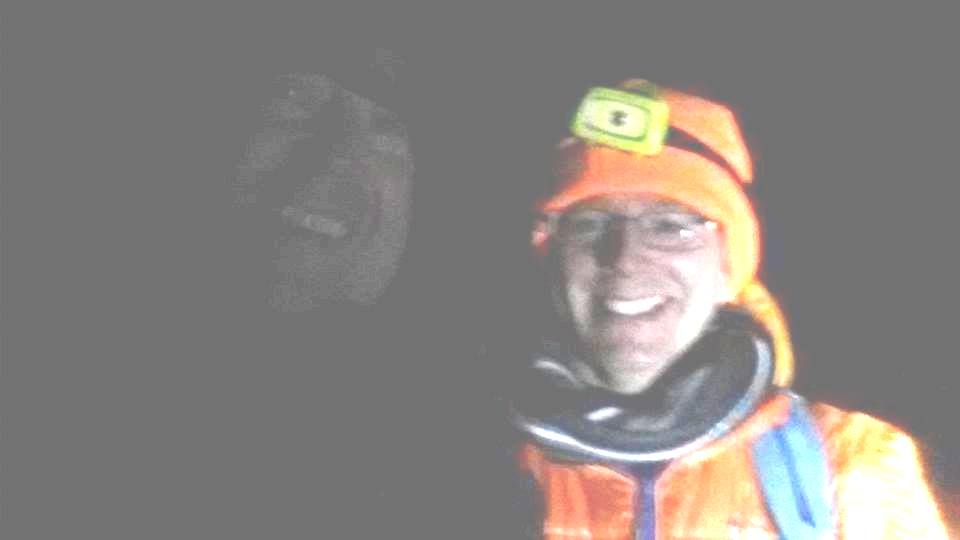 As I say, it was a poor night, and painfully cold. Temperatures dipped down to -3 as Simon packed up and walked back over to the topograph where I was. Activity was slow on 6m SSB so we stopped and had a chat for a while, which was very enjoyable. Just as Simon was about to descend, my mast collapsed, so he kindly helped me get it in position again before he went. It was great to meet him for the first time, and hope to do so again, maybe as a joint activation.

At this point I began to shiver quite dramatically such was the cold, so I got into my bothy bag which significantly eased the discomfort, and the temperature indicated on my clock moved from -3 up to +2 over the next few minutes. Those five extra degrees afforded by the bothy bag were unbelievably welcome. 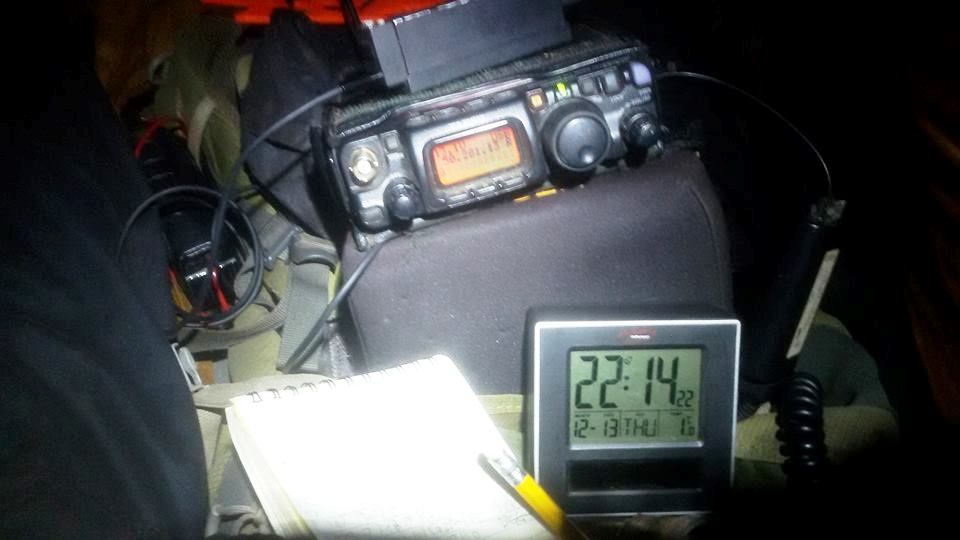 A total of 45 QSOs, all on 6m. 3 on FM, 1 on CW and 41 on SSB. Further difficulties plagued me - something jammed in the SOTA Pole and I couldn’t fully collapse it, so I had to carry it down at the length of two sections. Fortunately, that was just about short enough that it could be threaded into my car for further investigation in the morning. Then on the drive down towards the A54, I hit a big patch of ice the full width of the road and went into a spin. This only stopped when the back end of my car went into the grass bank on the right of the lane. Thankfully, I was driving very slowly due to the conditions, and the only effect on my car was a bit of mud on the bumper.

Other stations suggested possible Sporadic E, but my hunch was meteor scatter.

I would guess that you are right, Tom, we are just at the peak of the Geminid meteor shower, with them appearing at about one per minute.

Talking to local station M0WMB in next WAB square. There was a tad of an opening about 2100hrs as a portable station tried reaching us on 50150. Shame he was so weak could not pull him out of the noise let alone make out his call, but possible M3—/p.