I, much to my chagrin, must admit only to buying my 1st Ash album in 1979 where their melodious double synchronised guitars formed a more melodic soundtrack to my A level studies.

A suitable track for you to relax to. 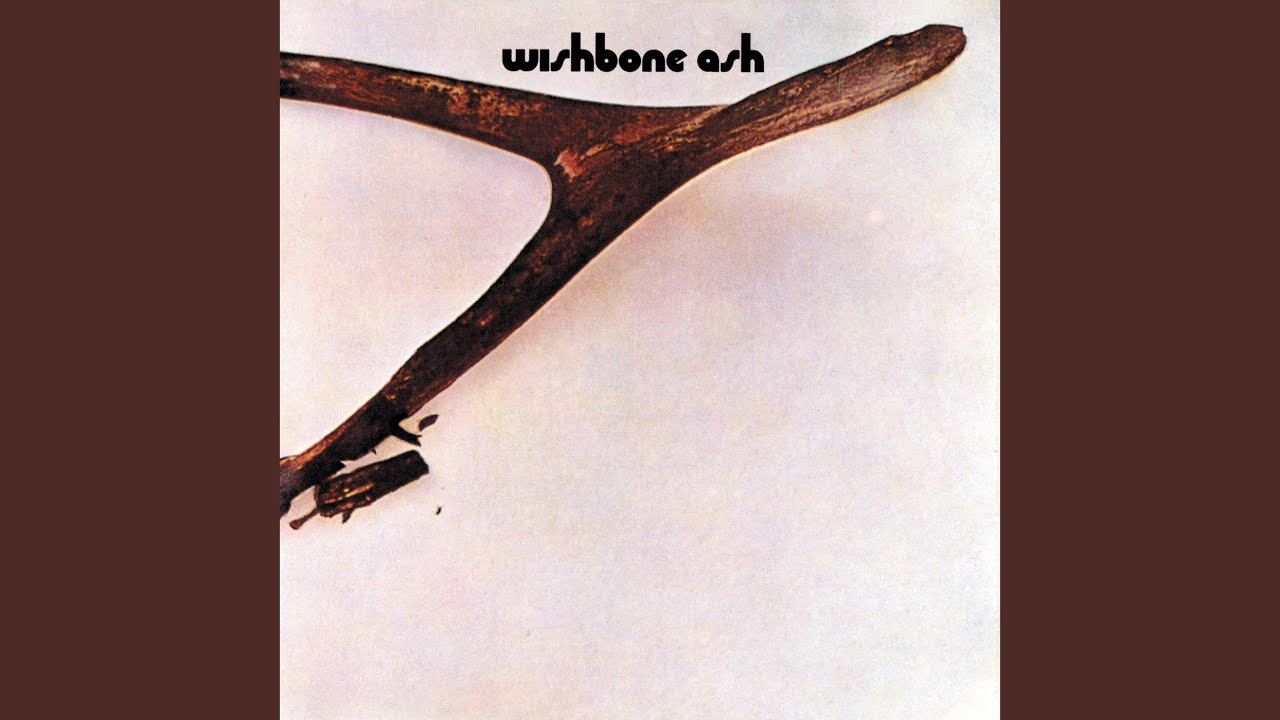 Nice one! Coincidentally I’m just playing Deja Vu by Crosby Stills Nash and Young on vinyl, also 1970 vintage, bought not long after release. Earlier in the week I found the Sony PS-LX2 direct drive turntable that I had bought on eBay years ago and it has prompted a vinyl revival… even though there is a Sony PS-LX4 in the main Hi-Fi stack in the living room.

Thanks for posting that, Andy. I didn’t rate them first time around but listening to that, with a striking bass line and the way the sound world of the accompaniment keeps changing, makes me think I didn’t give them a fair crack of the whip!

I don’t have a preamp with an MC input and RIAA stage since my HiFi upgrade a few year back. I still have an Ariston RD80 with original Mission 774SM arm and a Denon DL103, just no disc amp. I did think of making something but then buying either new or a classic seemed better. But once I started looking at buying then I would like the RIAA stage that matches the amp and CD player but part of me is reluctant to punt £1300 on an RIAA only amp. So I did look at buying a second hand classic Naim NAC32/Snaps or Musical Fidelity The Preamp. But they’re either physically tired or people want silly money for 25+ year old electronics. It’s a difficult choice

Funny most music the last 10 months has been through Spotify on the free tariff using a discarded Android phone and the kitchen radio/CD player which is hardly hifi but does the job. But it would be nice to have the full stack of matching disc amp, CD player and power amp.

Yes. Most of their songs has the melody, counter guitar melodies and an independent bass melody. The oldest musician when that was recorded was only 23 and the 2 guitarists were each only 20. I like the first albums most. Later albums are a bit hit or miss. I’ve seen the Andy Powell version of Wishbone Ash many times. Like many older groups, they are now their own tribute band with a set containing a few tracks from the latest album (on sale in the foyer after the show) but 80% of the set being their classics. Last time I saw them was 2016 I think and Andy Powell still had it when it came to playing his Flying V.

Like many older groups, they are now their own tribute band

Acid, but so true.

My son recently downloaded “Tokyo Singing” by the Wagakki Band and I’ve been enjoying listening to it, exotic sounds and fantastic musicianship!

I don’t have a preamp with an MC input and RIAA stage since my HiFi upgrade a few year back.

Having a phono input was a pre-requisite when I upgraded. I opted for a Sony QS system based around a TA-FB940 mosfet amp.

But it would be nice to have the full stack of matching disc amp, CD player and power amp.

Indeed, but most of us using stack systems are older died-in-the-wool Hi-Fi buffs… are you old enough?

The younger generation was brought up the smaller midi systems, indeed we bought them for our kids and they were duly installed in their bedrooms. My preference has always been for separates and the shack system is based around a Sony TA-FE530R. I even have a high spec audio card in the computer which feeds the 530, so there is no tin can audio here.

Wow, what memories Andy, I bought the Pilgrimage album back in the 70s, and reckon its their best, I remember the daughter of my boss back then, was married to one of the band, but cant think which one ?
I have just dragged the album of of storage, and much to my XYLs annoyance will be playing it shortly !!

Talking with the boss about Wishbone Ash brought us around to another 50 year old album. Jethro Tull’s Benefit. Tull’s guitarist (1969-2014) Martin Barre is criminally under rated and came up with the killer riff on the song linked at the end.

I struggle with the concept that I have been listening to this for 42 of those 50 years. Jethro Tull is a group that have had many stiles and I must admit to really only listening to their output from their first ten years or so. Unlike some bands, their output seems to passed me by since leaving university. I saw them in 2010 at a concert in Perth. They were not their own tribute group at this point. The sound in Perth Concert Hall was epic and as a “rock” group they were loud enough but not too loud. That, I think, is the sign of getting older, being happy they were audible! A wonderful audience featuring families, lots of lifetime fans in their 50/60/70s and their kids and grand kids in the audience. Missing from the concerts of my youth was the strong smell of novelty cigarettes. Instead, everybody remained seated in the intermission eating ice cream. Outrageous! 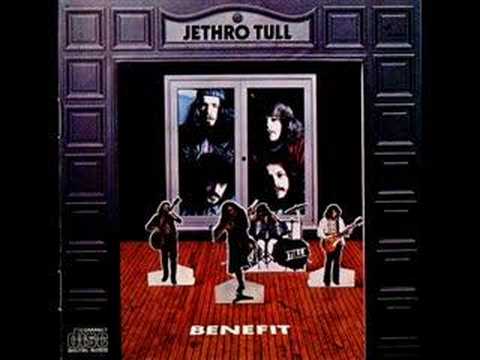 I struggle with the concept that I have been listening to this for 42 of those 50 years. Jethro Tull is a group that have had many stiles

Ha! They’ve had many stiles to climb over too with all the lineup changes. They’re a group that are much better in the CD/MP3 age when you can program which tracks to skip! And which tracks to repeat. I do like the guitar solo played through a Leslie speaker on that track.

I enjoy their output from blues-rock through prog-rock to folk-rock. Their 1977 album Songs From the Wood is most definitely folk-rock with plenty of all acoustic tracks. I really like it, I must do as I have a vinyl LP, a original CD mix and a remix/remastered CD. The remix sounds much, much better than the original CD. Like many CDs of old analogue recordings pushed out as CDs gained traction mid to late 80s, the original CD sounds horrible in comparison to the vinyl version. The remix is a breath of fresh air. Now a musician/producer has been remastering many of Tull’s early albums (and King Crimson and others). Listening to original and Steve Wilson remixes suggests I’m going to have to buy again a bunch albums 40-50 years old. Capitalism at its best as keeps you buying the same material again and again.

Jethro Tull is a group that have had many stiles and I must admit to really only listening to their output from their first ten years or so. Unlike some bands, their output seems to passed me by since leaving university. I saw them in 2010 at a concert in Perth. 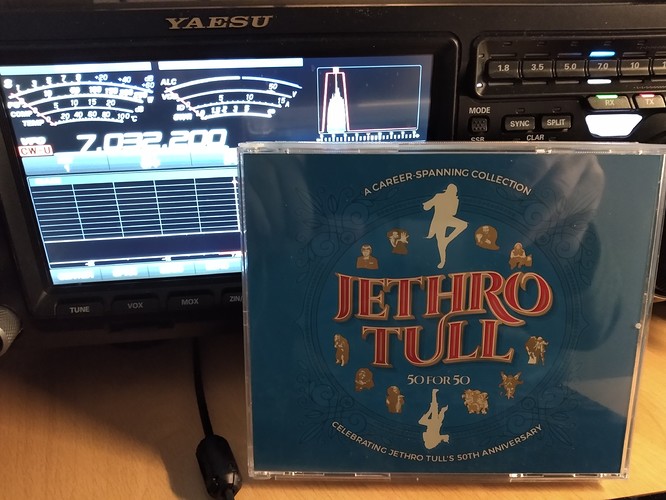 I think I saw them for the first time on the same Tour at York Barbican Andy. I didn’t note the date, the memory fades, it may have been prior to 2010.

Get Mrs FMF to buy you this triple album for Xmas, I recommend it. Lots of interesting sleeve notes from my fellow Lancastrain Ian Anderson in how he chose his favourite 50 tunes in 2018.

I know nothing about the music of Wishbone Ash, except its rock and was liked by long haired types who were into Yes, ELP, Led Zep etc. I saw the Moody Blues in 1973, performing Threshold of a Dream in its entirety. My favourite and most impressive concert I ever witnessed in Preston Guild Hall, despite the poor acoustics of that place. I knew some ex-university bods who also liked Wishone Ash. Not being particulary acedemic, I started work at 16 myself and starting around 1969 enjoyed the music from The Who, soul music, disco, reggae and later jazz funk and neo-jazz music. But somewhere along the way I came across Led Zep, Tull and Uriah Heap after listening to friends albums and I bought them myself. Many genres hihi!

Ah, the Moody Blues! I don’t remember what happened to my complete collection of their albums but its nowhere to be seen now (I suspect one of my brothers!) I particularly admired “Melancholy Man” for its coda where the verse and chorus were played simultaneously and they fit together like a glove!

I saw Tull perform both Benefit and Thick As A Brick at the De Montfort Hall. Both excellent concerts. “We Use To Know” off Stand Up is my desert island disc… or should that be remote summit disc?

I first saw them in late 71 at Boston (Lincolnshire that is). They were always brilliant in concert. I still play my original vinyl picture disc copy of Airconditioning. I have it on CD as well, but it doesn’t quite sound right with the crackles missing.

Jimi Hendrix’s Cry Of Love 5th March 1971. A posthumous release of tracks, some of which had been performed live. Despite listening to J.M. Hendrix since the mid 70s I don’t actually have a copy of this but do have most of the tracks on collections, best-of or live/bootlegs. It’s a hard call between Freedom, Straight ahead or Ezy Rider.

Jethro Tull’s Aqualung 19th March 1971. There are plenty of more famous songs of this but I think Wond’ring Aloud is a stunningly beautiful song. This is a “recent” remix from 2011, the full version of the song whereas the original was faded out after just a few minutes. 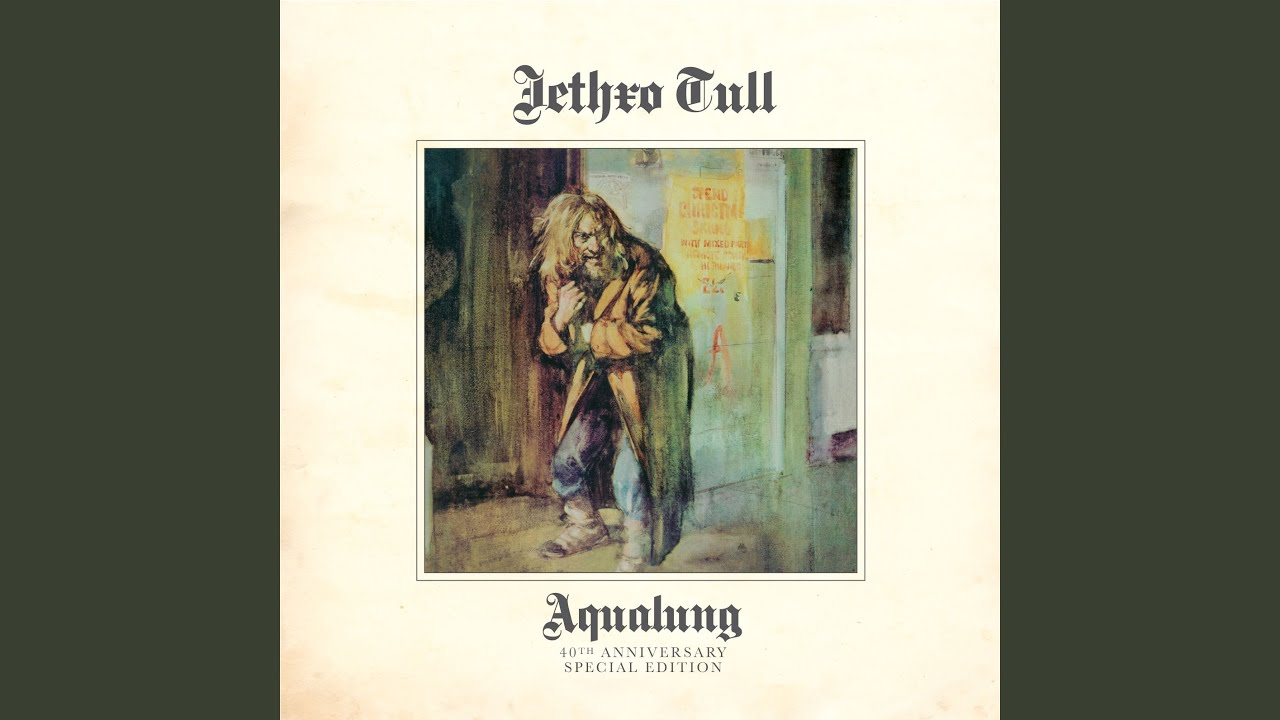 Very fond of Locomotive Breath, Andy - but there is not a bad track on the whole album. Still listen to it 2-3 times a year.

I always liked this album, but now that I’m conceivably the same age as the eponymous character in the title sing, the lyrics increasingly seem poignant. I marvel that guys in their 20s could have written it.

Ah, Curved Air. When I was at university I didn’t have spare change for a stereo or albums, but the guy in the next room of my dormitory did and he had a copy of Curved Air’s Aircut. Can’t begin to count the number of times I begged him to play “Metamorphosis.”

I’ll have to look up the exact date but this year sees the 50th anniversary of the issue of Pink Floyd’s album “Meddle”. Arguably the album where they arrived at musical maturity with “Echoes”, where a simple but lovely bluesy song wanders off into strange uncharted realms. I’ve been told that it is considerably enhanced by consuming some illegal substance but I just get high on the music!

50th anniversary of the issue of Pink Floyd’s album “Meddle”