Sometimes, my focus departs from the radio, modes, aerials and stuff, and concentrates on the walks, the hills etc. The nice thing about SOTA is that you can very much set the balance between these to suit yourself, and if you wish, like me, regularly change where that balance is.

Recently I’ve been focusing on a new build for a 30m groundplane, with a view to making DX contacts on FT8 and CW. The first one of these worked - but wasn’t sufficiently strong or robust for such a large antenna. Yesterday, I rebuilt it with a better design and stronger, higher quality components. I will get it out for testing and trimming in the next few days.

Today however, was about hills. Lots of hills. The only contribution from the radio was getting my qualifying contacts on each one. As such, I simply did every hill walking with my VHF handheld in my coat pocket. I didn’t even bother taking a rucksack!

And it was easy. I made 41 activator QSOs in the day, all on 2m FM with my Yaesu FT70D handheld, just with its helical “rubber duck” antenna. I can remember back to the early days of SOTA when 41 contacts in a day would be a veritable bonanza, and using a FT-817 and proper portable aerial at that.

I set off from Macclesfield just before 0600z, with the ambitious plan to activate all five SOTA summits on the Clwydian Range. As I parked up at the Clwyd Gate Motel on the A494, I felt extremely tired, and had severe doubts that I could complete the plan in the day. In the past, I have completed the five, but more usually have bailed out after three or four! 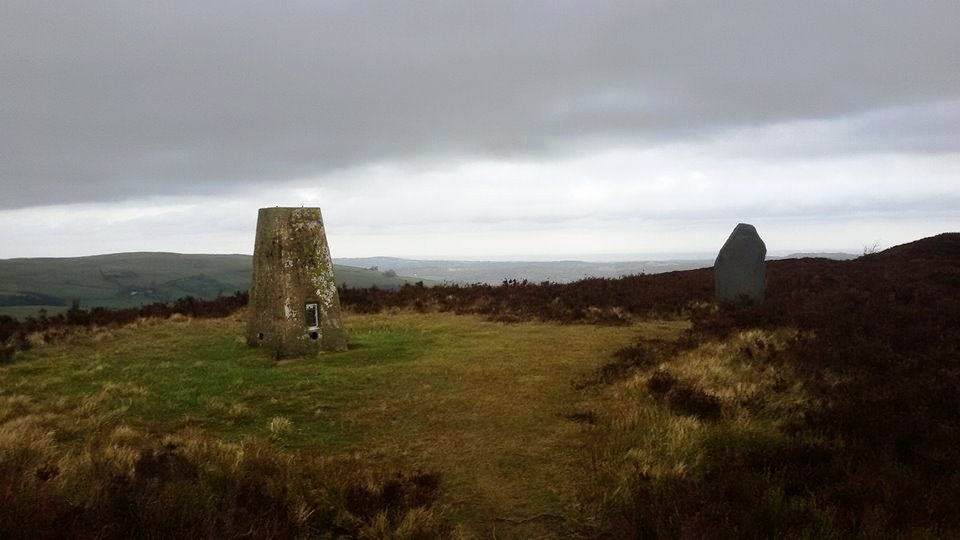 Surprisingly, I got into my stride quite quickly, and the initial climb up the grassy bank towards Moel Gyw was not as hard a task as anticipated. I left the Offa’s Dyke Path to double back on myself, to climb the final approach to the summit, and was soon by the trig point. 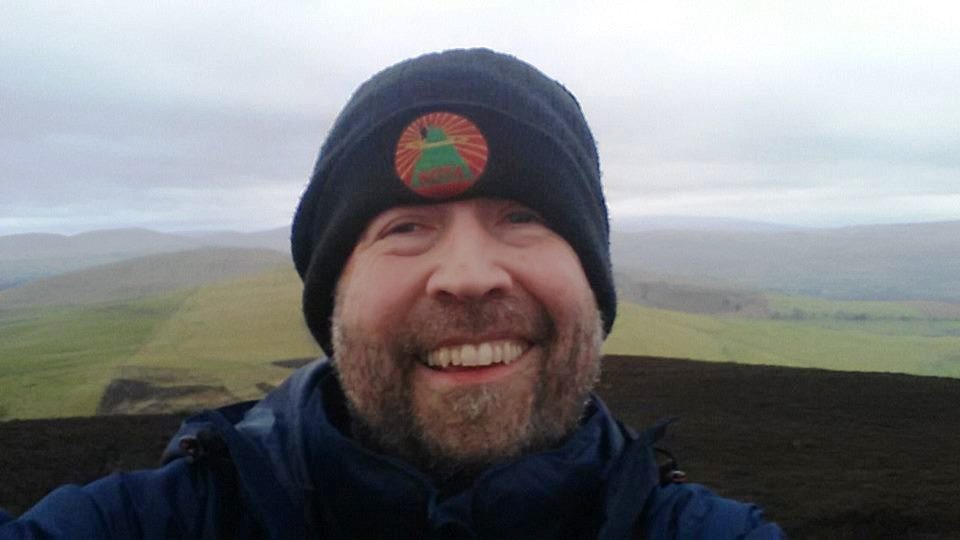 Ten minutes operating on the handheld brought five QSOs into the log, and an easy qualification. Back down, and off to Foel Fenlli GW/NW-051.

It was a bonus that I’d programmed all the parking spots into the satnav before setting off. This really helps to minimise the time spent driving between summits on multi-SOTA days. I was soon parking up at Bwlch Penbarrass and paying the £1.50 parking charge.

I was still feeling a little fatigued, though much brighter than earlier on. I didn’t fancy the steep slog up the zigzag path and steps to the iron age hillfort, so I followed the Offas’s Dyke Path around to the west of the hill. 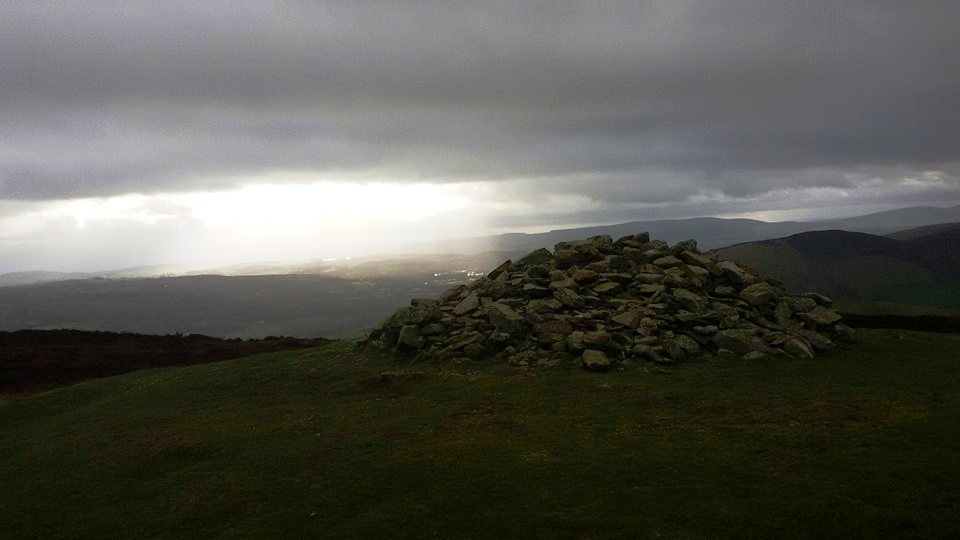 From this point, I used to call it a “secret path” to the summit, but it clearly isn’t a secret anymore. There’s now a wooden post in the ground that says Offa’s Dyke Path one way, and to the summit another way. Strangely, the post actually says “Moel Fenlli” on it. 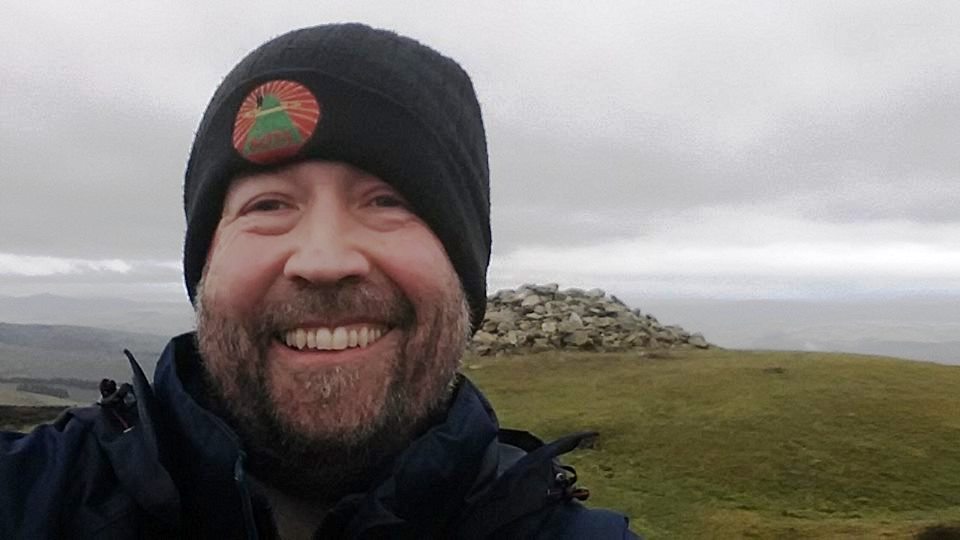 I was soon on summit as my pace continued to improve. It was a bit breezy, but nothing unmanageable. This time I made seven QSOs in a six minute spell, commencing with a S2S with GW4TQE/P on Allt-y-Main GW/NW-059.

For the descent, I went down the steps to the gate, but then cut left along a narrow but established path back across to the ODP, then back down to the car park. 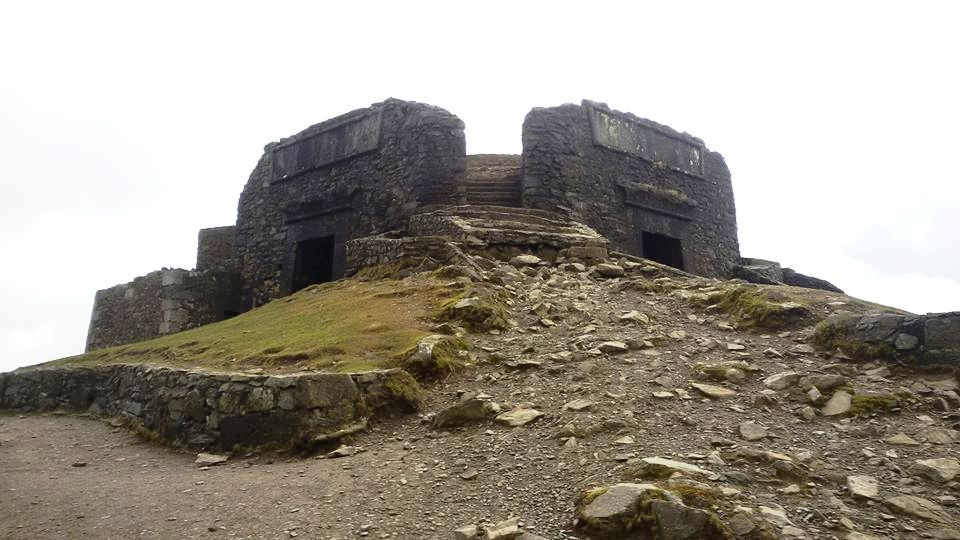 Sometimes at this point, I get into the car for a sit down for five minutes, but on this occasion I walked straight past it and onto the wide track up to Moel Famau’s summit. Plenty of people were out, of all ages, including a large number of club runners, again of all ages. 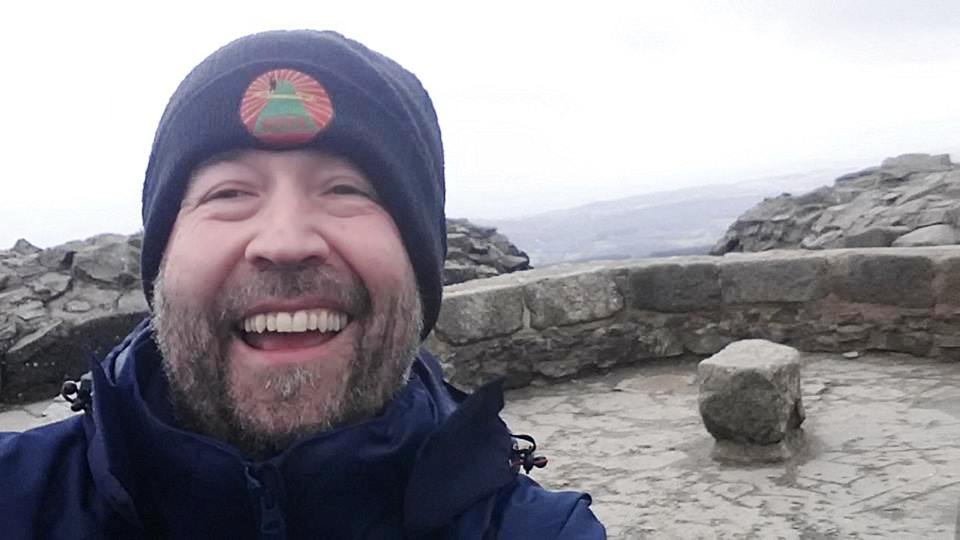 At the summit, the wind had really started to pick up. Nonetheless, I stood atop Jubilee Tower to operate, using my head to shelter the microphone as best I could. I operated for six minutes, recording nine QSOs. The return was a great brisk walk and a really enjoyable stretch of the legs, with good views out west. Chasers in Cumbria, Lancashire and Cheshire were all reporting biblical rain, but it was staying dry in the Clwydians, exactly as forecast.

The satnav delivered me to the little car park for Penycloddiau with pinpoint accuracy. I decided to ascend on the Offa’s Dyke Path, and return on the lower track. 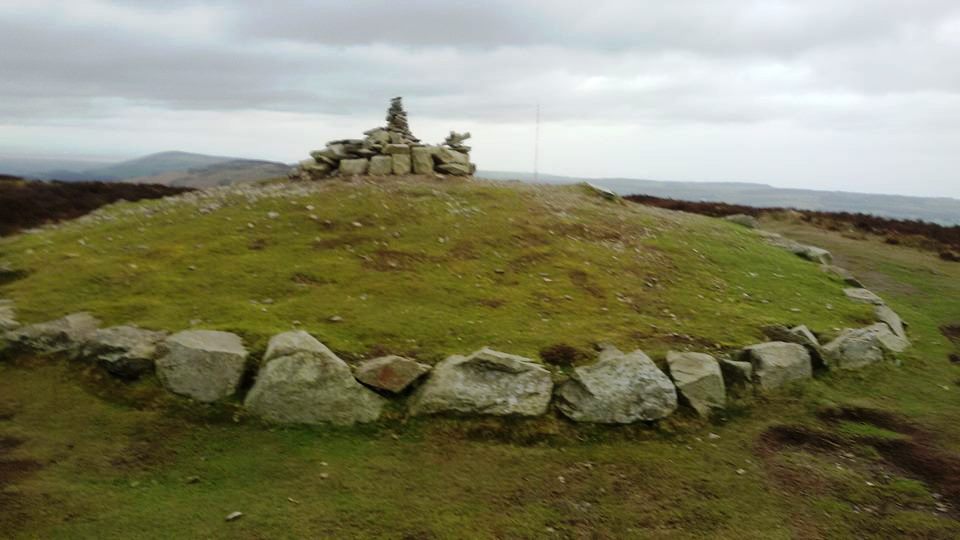 The wind was really blasting across the summit, which is really exposed with nowhere to shelter! Eight minutes operating brought eight QSOs, and I wasted no time in commencing my descent. 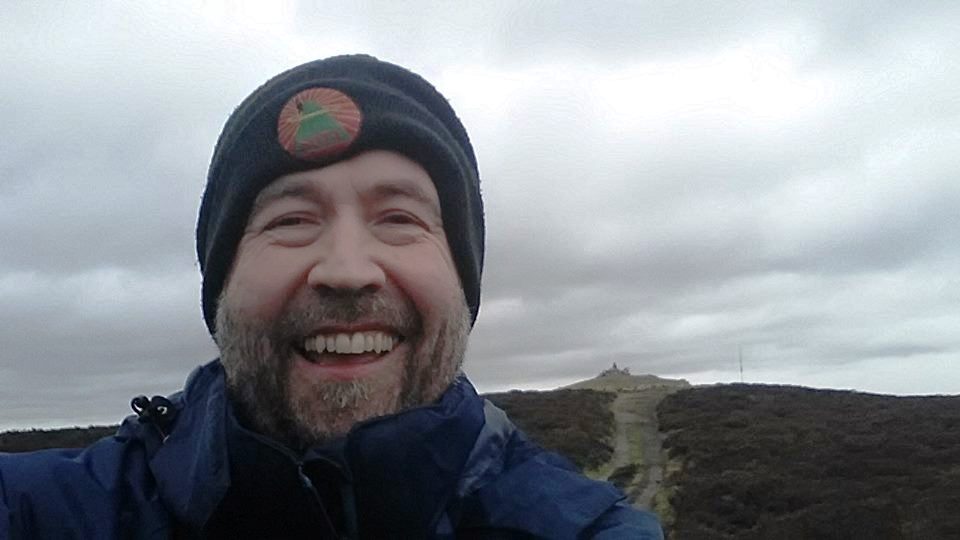 I was well ahead of schedule, and thoughts began to turn to squeezing in a sixth activation for the day. First though, the fifth Clwydian needed to be negotiated. Mynydd y Cwm GW/NW-076 is very easy though, with just a short and mainly level track and path walk around into the woods, then a simple path up and easy gradient to the summit and memorial. 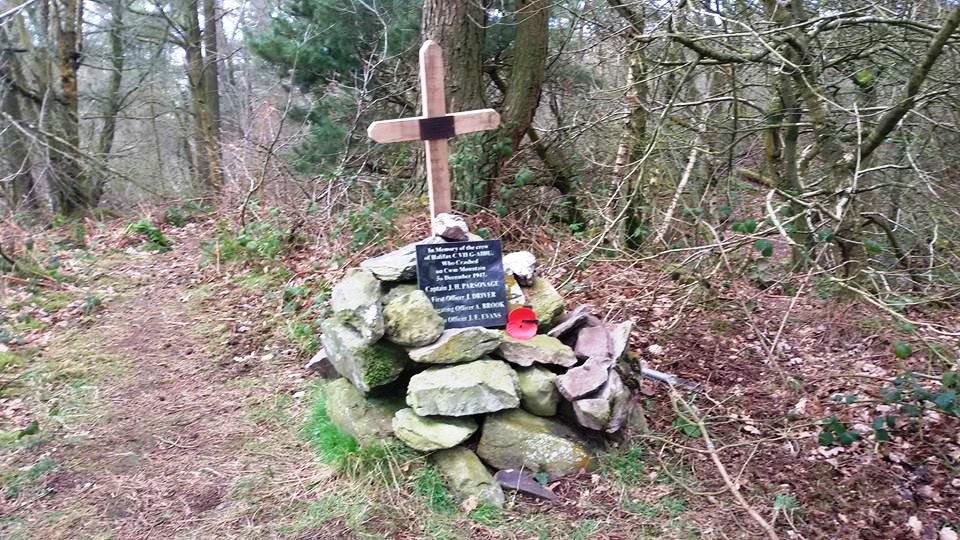 I wondered if I might pay the price on this one, for my arrogance in carrying up nothing more than a handie with rubber duck. The summit is wooded! Anyway, no problem. Five QSOs coming in a ten minute operating session, before reversing the route back to the car. 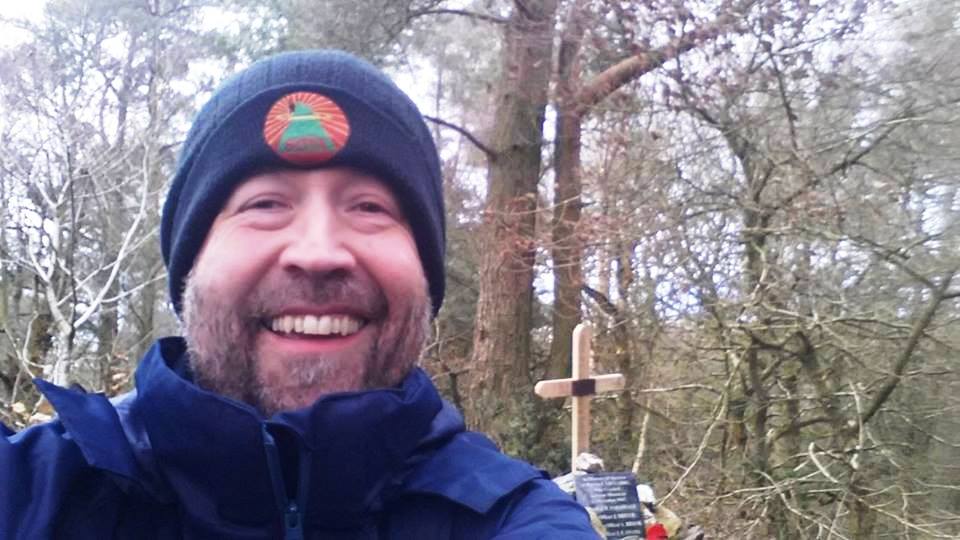 I had completed the Clwydians before 1530z - probably at least two hours earlier than my previous best! There was definitely time to bag Hope Mountain GW/NW-062 before heading home.

As usual, I drove up the driveway and into the yard of Uchaf Farm, David Bannister’s farm on the Mountain Road, within which the summit lies - on private land. As usual, the dogs alerted David to my presence, and as usual, David came out and had a long chat with me before I headed upwards. 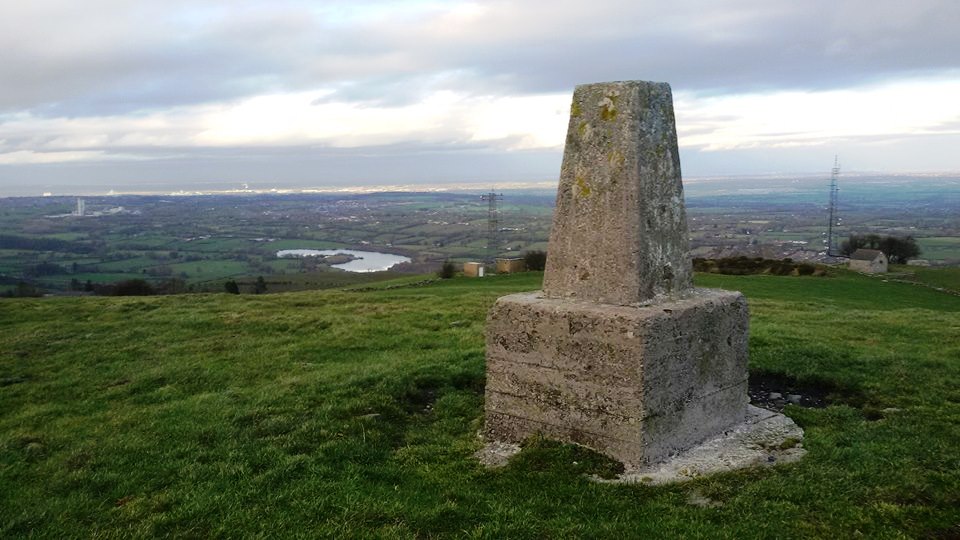 I was greeted by one of David’s two dogs - a very friendly and gentle dog who had unfortunately lost an eye since my last visit. Nonetheless, the dog seemed very happy to see me and wanted lots of fuss and kept offering me his paw for a “handshake”! David’s other dog - the not-so-nice one - was thankfully chained up. 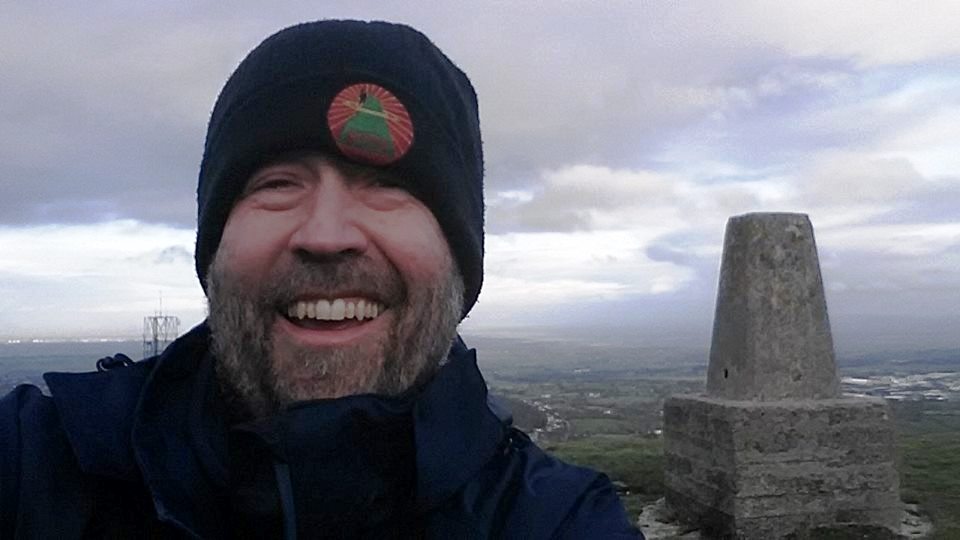 I walked through a small field containing a pony - which was also very friendly and sociable - then the very short climb up to the trig point. I must have gone into ragchew mode at the end of a long day, for my logbook indicates that seven QSOs were made in a 19 minute period of operating.

The journey home was uneventful, albeit a bit congested on the way into Northwich.

My thanks to all the chasers, many of whom worked me on two or more summits.