During our (M6BWA and M0JLA) recent visit to the Lake District last week we spent some time walking and activating in pouring rain (Pike O’ Blisco LD-024), intermittent rain and such thick mist that I couldn’t see M0JLA at all from my ‘cosy’ spot in the stone shelter by the trig point - and was it a fight to get the pegs in for the dipole guys (Red Screes LD-017), some late sunshine and fabulous views (Lingmoor LD-040) before there was finally a forecast dry day and a chance for an attempt at something higher.

Hence on Wednesday 19/10 we started from Thirlmere at about 11am hoping that the heavy cloud would lift as we walked up towards Brown Crag and skirted the side of White Side before reaching Lower Man and then Helvellyn. A rather long and slow route but designed to protect knees on both the ascent and descent and give a route up to the summit ridge that wouldn’t involve scrambling or set off my vertigo. The cloud rose more quickly than expected so we enjoyed a sunny lunchbreak by the gill before ascending to the ridge and feeling the bitter NE wind which was soon going to hit us. The ridge was popular and, although the trig point was clear, it was quite difficult to reach the actual top. We soon dropped slightly down on the SW side, put in the pegs with less difficulty than I had expected and settled down for a joint activation (M0JLA had decided to leave his heavier radio behind for once and help carry my gear) with the VX-7 and dipole. 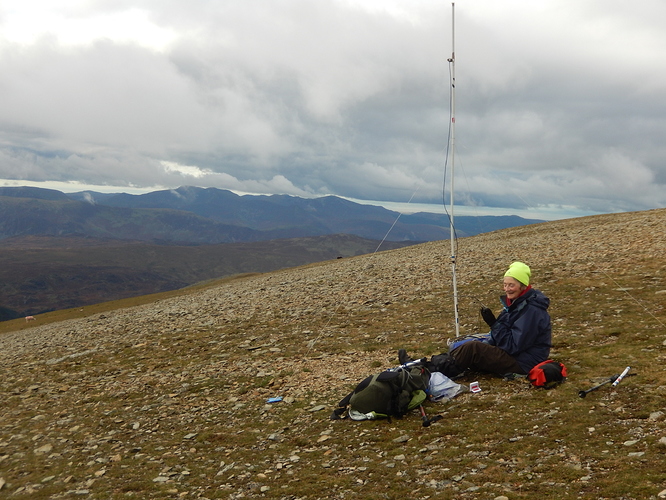 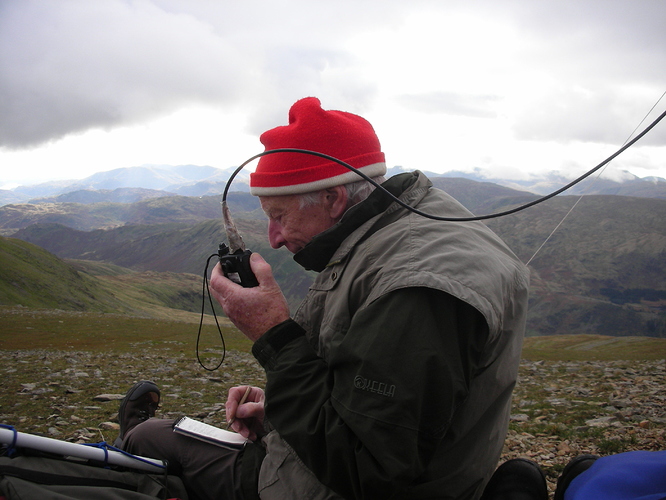 My calls on 145.500 were swiftly answered by many callsigns (sorry we couldn’t work them all but it was desperately cold and time was passing) so we soon had G4WHA, GW4ZPL, G7CDA/M, M3RDZ (thank you Roy for being the 4th), M0CQE, 2E0MIX and G0HRT in the log. A swift QSY to 70cm and there they nearly all were again - with the addition of GW0TQM (Carl, Mold) and M0XRS (Chris, Leyland). After 35 minutes with 7 2m and 8 70cm contacts the dipole came down, we regained the ridge (nearly deserted by now) took a last look round and started the long descent. This time we went almost to the top of White Side before descending which was a lot quicker than our route up but we still only had 10 mins to spare when we reached Elterwater and Rodney’s booked meal! It was lucky we hadn’t stopped for an ice cream by the car but the van wasn’t there! 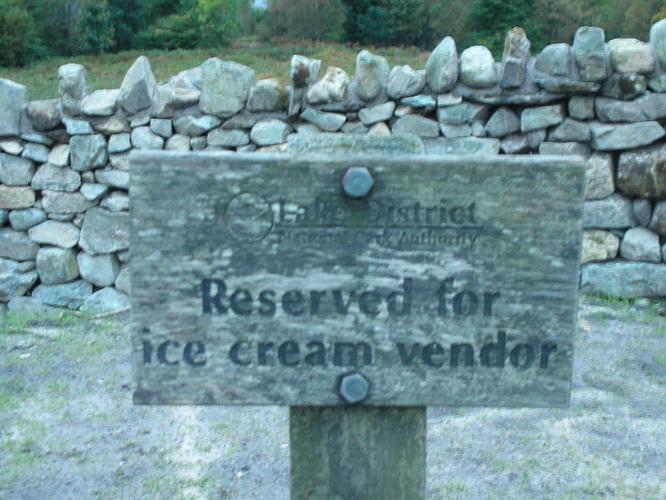 DSCN0024.JPG2816×2112 785 KB
I regret we couldn’t take more calls on that summit or virtually any of the hills we did that trip but the weather dictated that we had to hurry on each occasion - except the last hill (High Raise LD-019) on the next day when we knew we had the long drive home and wanted to do some of it in daylight.

Thanks to all the chasers and fellow activators for s2s. The original 2000 points was achieved on 28 July (GW/SW-021) and it has been hard work to get the extra 57 points or so to ensure that I had not included any 40m or 70cm contacts in the final total. I just hope I’ve got it right now!

Well done Viki…I know how hard you work for those VHF and UHF contacts…great achievement.

An excellent achievement Viki. Well done on the 2000 points on 2m FM. I’m not sure about my total of summits qualified and points for that combination, but it must be quite low with SSB taking priority on 2m. I still can’t seem to gather much interest in FM. Nevertheless, hopefully I will catch you again soon on the mode.

Congratulations on achieving 2000 points on 2m FM. Many thanks for all the contacts especially on 70cms.

I still can’t seem to gather much interest in FM

When I first started SOTA I used ssb for preference. I found three problems once Viki joined me; lack of 2m ssb chasers, QRM on her radio from my TX - even without an amp, extra kit needed compared with the 2m FM handy. So I carry the extra kit and use HF which deals with the first two.

In really bad conditions 2m FM really comes into its own; the radios are waterproof and the waterpipe dipole is held up by me while Vicki writes the shared log. (As on Pike o’ Blisco last week.)

However, as always, each to his own; and I go primarily for the walk

In really bad conditions 2m FM really comes into its own; the radios are waterproof and the waterpipe dipole is held up by me while Vicki writes the shared log. (As on Pike o’ Blisco last week.)

However, as always, each to his own; and I go primarily for the walk

Ditto! (well - except it is Sue writing my log…

A great achievement Viki! And thanks for the COMPLETES for me - Cheers

Thanks to you all for your kind comments and special thanks to GW4VPX and G4WHA for their unfailing help with my efforts on 70cm. Despite my ‘score’ of 989 under 70cm fm in the activator tables I think the corrected score is somewhere in the 700s so it will be quite some time before I get anywhere near qualifying for a lump of glass with ‘UHF’ on it (always assuming that such an item is available…?)

One of the problems is that it often takes longer (sometimes a LOT longer) to find that vital 4th contact on 70cm. In warm, comfortable surroundings this may not matter too much but in winter, when the vital 3 point bonus can be earned, with the cloud down and daylight starting to fade and the feet freezing then getting off the hill seemed more important than those vital 9 points that I would have got on Fan Fawr on 6 January 2016 if only one more person could have QSYd to 70cm. It is amazing how often I get the comments: “The 70cm aerial blew down last winter and I didn’t bother to replace it as no-one uses it.”, “I sold the set that did 70cm and now have nothing that will operate on that band.”, “I believe this radio can work on 70cm but I don’t know how to use it.” “I don’t bother with 70cm as no-one uses it.” etc etc. However, after a successful QSY I also hear contacts exclaiming how clear the audio is, how much better the signal is than on 2m fm (sometimes) and wishing that more people would use the band. I think it is getting a bit more popular and - just occasionally - I do find that my favourite channel 19 is occupied and I have to move to another frequency!! I am also finding that more and more activators are humouring me and QSYing to 70cm, if they can, usually with great success. Many thanks to them and all the chasers.[quote=“GW4VPX, post:2, topic:14083”]
PS …heard you calling when I was on Moel Offrwm on Thursday…called you but nothing heard…maybe as the winter approaches we’ll be a little closer for VHF and UHF contacts again

Very sorry we didn’t get a S2S Allan from High Raise LD-019 to Moel Offrwm on Thursday as I’ve never chased it. I’m amazed you heard me calling for you and just very sorry I couldn’t hear your reply. Better luck next time. I did get both a 2m and a 70cm S2S with GW4TQE on Mynydd Mawr GW/NW-026 which was a bit nearer (and higher).

Look forward to talking to you all during the winter season.