Despite only about 6 hours sleep after the 30-odd hours in the air in cattle class, having woke early, by the time I’d sorted my stuff out I still found that I was going to be too late for the 7:30 Fullers ferry from Downtown Auckland and the short trip across to Rangitoto Island. As it was, after numerous cups of coffee, and putting an alert on sotawatch I just made it to the 9:30 sailing!
It became clear, there being standing room only, that a public holiday is probably not the best day to activate this… 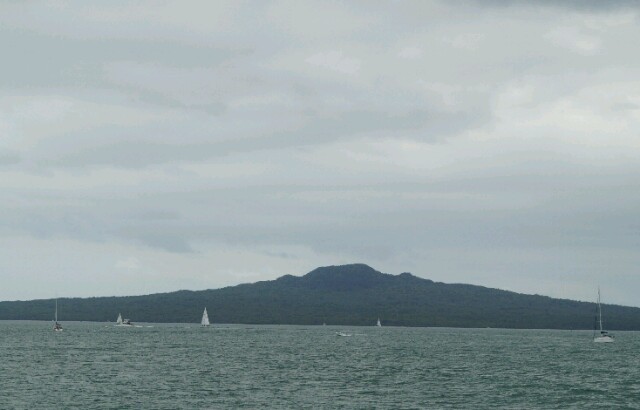 view from the ferry 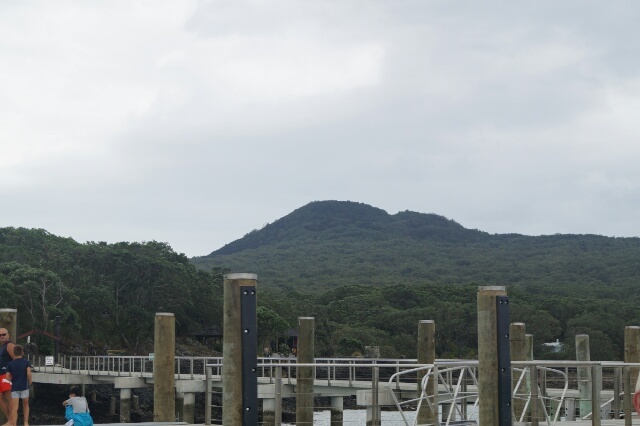 Once the ferry had disgorged its passengers, it was clear that, thankfully, at least some were on the tractor ride around the island. There were however, still a significant number heading up the summit track. I held back for a while, not wishing to be overtaken by everyone

There still seemed to be somewhat of a queue though 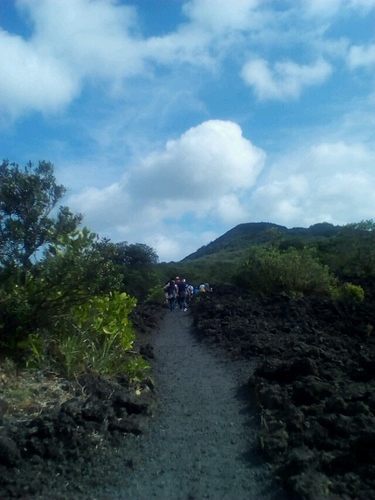 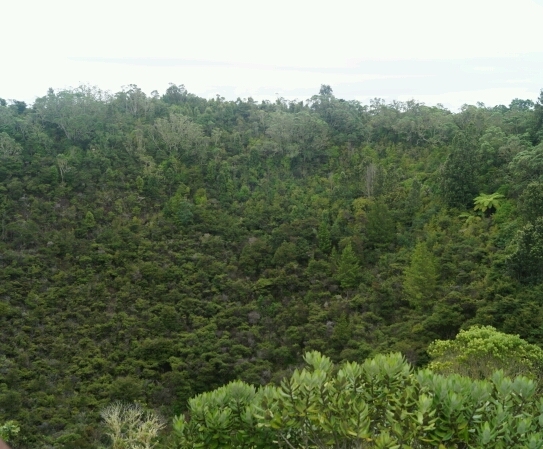 the view into the crater

Climbing the remaing steps up to the top it was obvious that stretching out a 40m dipole would be a problem. I estimated at one point there must have been 90-100 people there, climbing all over the fencing, trig and the shelter

I ended up bungying the travel pole to the middle of the fence and sat in the corner, out of the way but able to keep an eye on anyone getting too close to the wire that wasn’t very high to say the least… 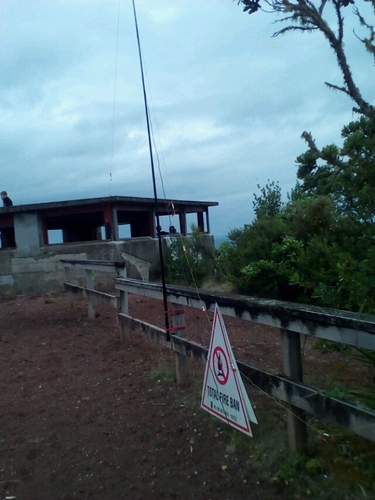 not an ideal position for an antenna

I tried 40m for starters, but with both ends just about on the ground and sort of in the way… the swr was unacceptably high, so 20m it was.3 contacts quickly in the log from VK, followed by a 4th from the other side of Auckland, who was so loud, I dropped my pen:)

The few calls dried up, a bit early for contacts to VK I belive. Tuning around showed a lot of US activity on 10m, sadly there were no replies to several spotted CQs, and no replies to any answered calls.

I finished up on 2m, as I had a request to try a qso, which was successful in the end, and another QSO with a local who seemed amazed to hear someone on 2m simplex!

Sadly I didn’t get to hear Warren on another summit as I had to rush back down to catch the ferry back!
The journey back down to about 50 minutes, but I did have to wait for several groups to pass, still on the way up to the top!

Slightly disappointed with the number of QSOs, but qualified nontheless, so I don’t have to come back and do it again

27c on top, and cloudy by the time I got there so no real need for the factor 50, but hugely enjoyable. I did end up with a terrible sore throat, I put that down to the volcanic dust being kicked up from the many visitors!

Thanks to those who called in, and apologies to anyone I missed.
Heading North tomorrow, so I hope to add at least another couple of fairly easy summits, I’ll alert whenever possible!

You should get extra points for battling the crowd.

BTW in this part of the world you can still get sunburn under cloudy skies in summer if you are of fair skin.

You will see a lot of cloud over there. some places have only 20 or so days each year without some cloud, or so they say. And in those places it rains on over 300 days per year.

The first sign of NZ when flying in (or sailing in if that’s your preference) is the cloud bank all along the horizon. It’s not called the Land of the Long White Cloud for nothing. Nice placer, nice people and some nice SOTA summits. Enjoy your trip.

Pity about their red wine.