Winter has come to us!

New summit R9U/SO-072 in winter.
Of course, this is not quite winter, there is still little snow, but the frost was already quite real - minus 16 centigrade.Together with RA9WPV we went to the mountains to open the winter season, activate a new summit and at the same time celebrate my birthday. 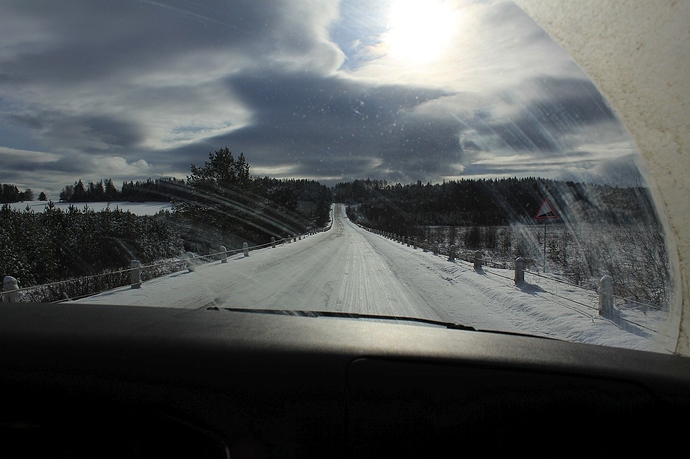 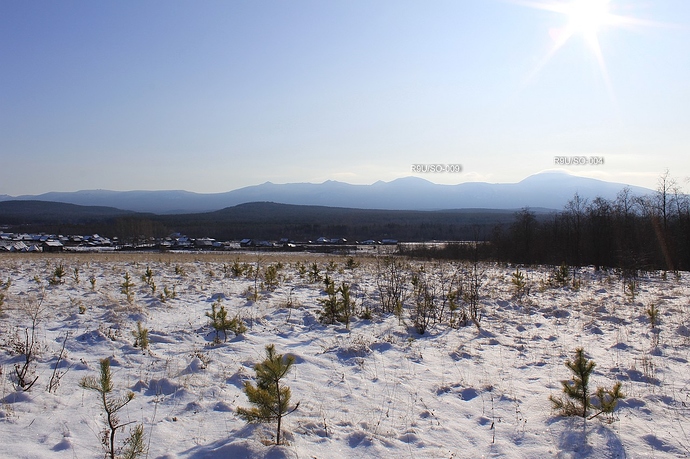 IMG_4383.jpg1280×853 327 KB
When the mountainside became impassable for our cars, we went on foot among the trees. covered with hoarfrost. 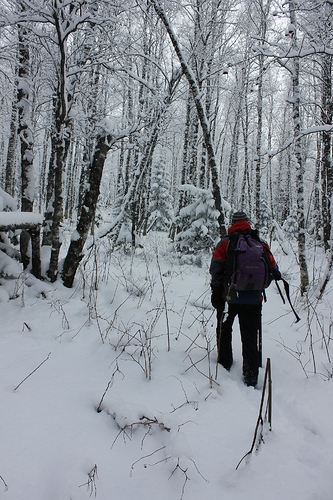 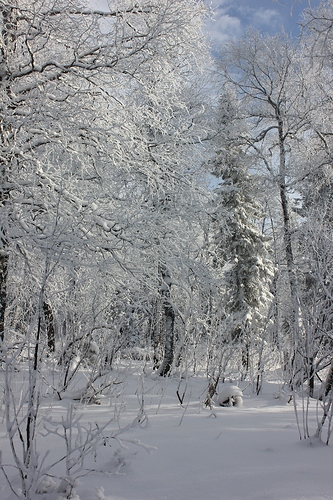 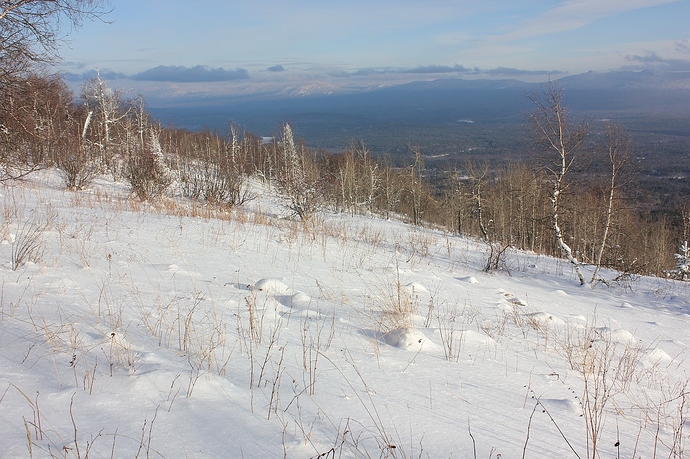 IMG_0490.jpg1280×853 382 KB
A 14 MHz dipole is suitable for this case, it was simply stretched between birches. Fiberglass mast pole came in handy for catching the antenna among the branches. 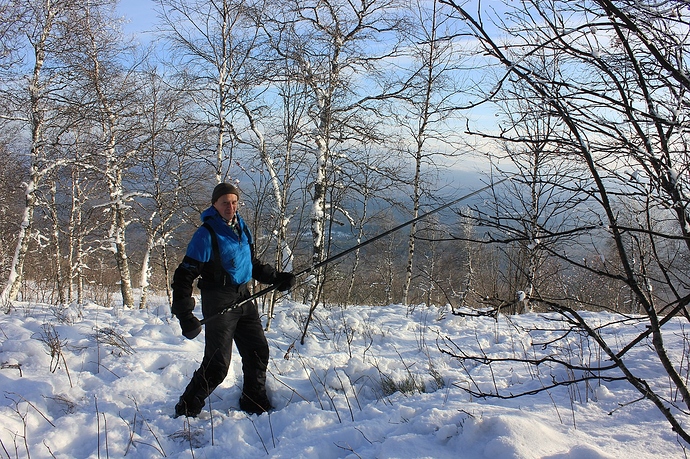 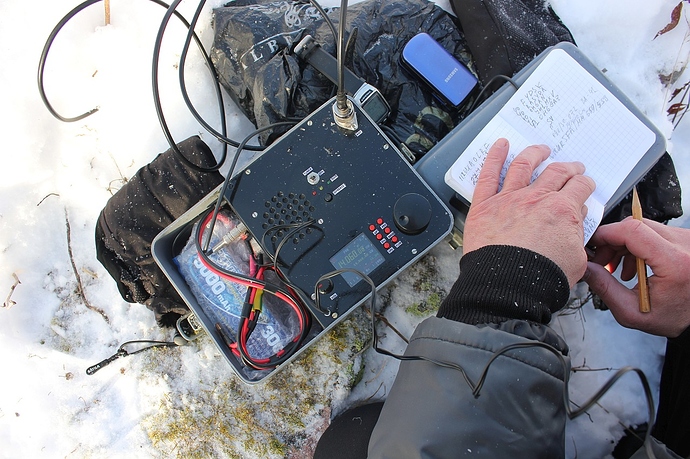 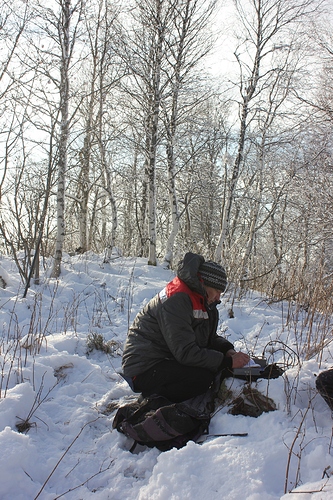 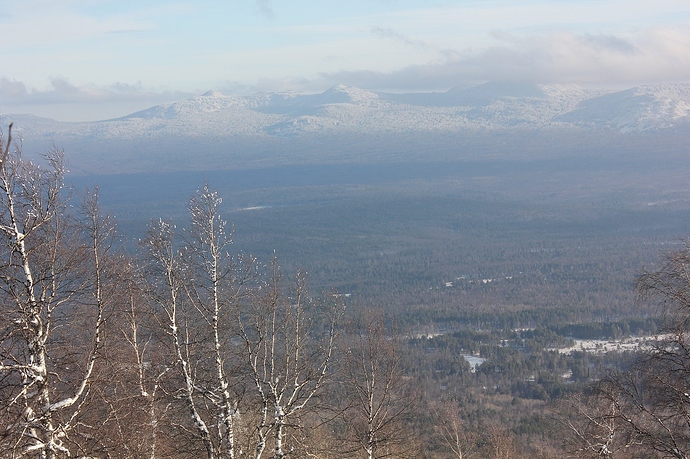 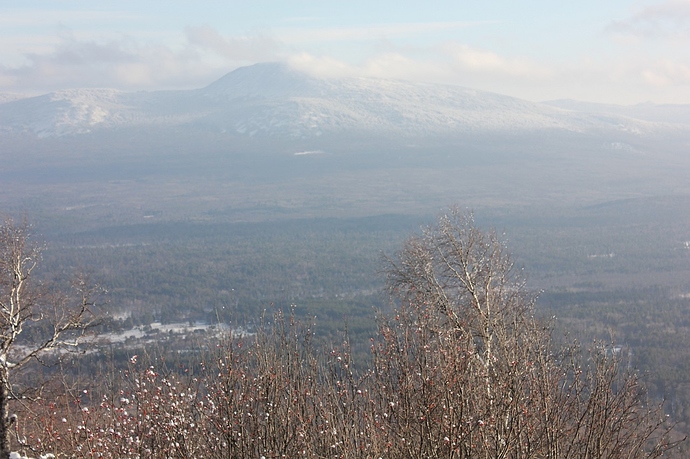 IMG_0488.jpg1280×853 245 KB
I hoped for good propogation, but to my surprise, the received RST were rarely better than 559. From my side, not every correspondent was heard on S = 9. Of course, not any DX from other continents. Perhaps this is the effect of a low (about 5 meters) suspension of the horizontal polarization antenna. Only 26 QSO…
After half an hour, my friend began to freeze, Alex left his down jacket in the camp. We decided to finish and go down. In the evening, my birthday was celebrated around the fire. The radio was left in the backpack. In the morning - the way home. 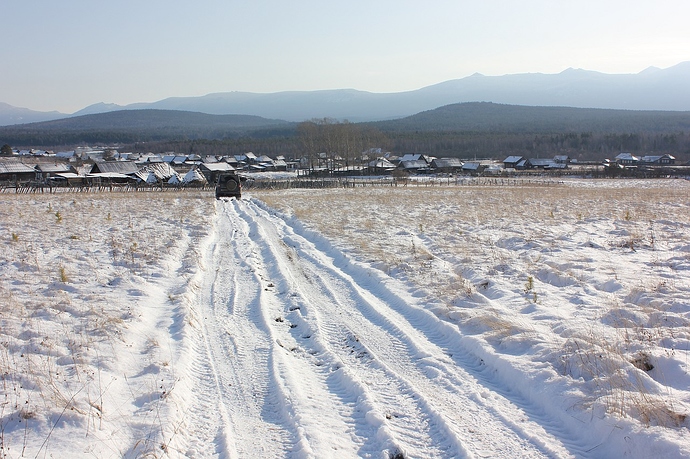 Nice report and pictures, Vladimir. We got some snow in the mountains as well, but the temperatures are only a few degrees below zero.
Good luck with your further activations and gratulation to your birthday.

Happy birthday, Vlad and thanks for the nice report with beautiful pictures.
We’ve got relatively low temps here in the city of Pamplona too, but all positive +4ºC (this must feel like warm to you

) and quite a lot of rain over the last few days, which has been snow on top of the mountains and SOTAs around and a few Km up North of Pamplona.
This pic has been taken around the SOTA EA2/NV-052: 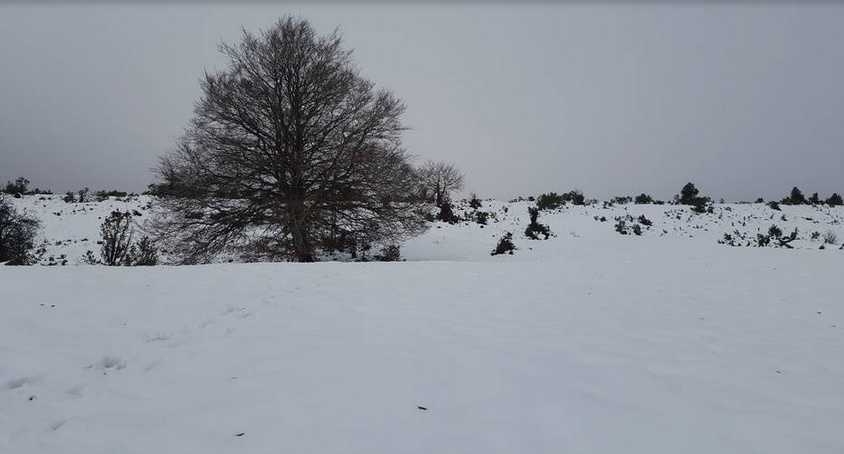 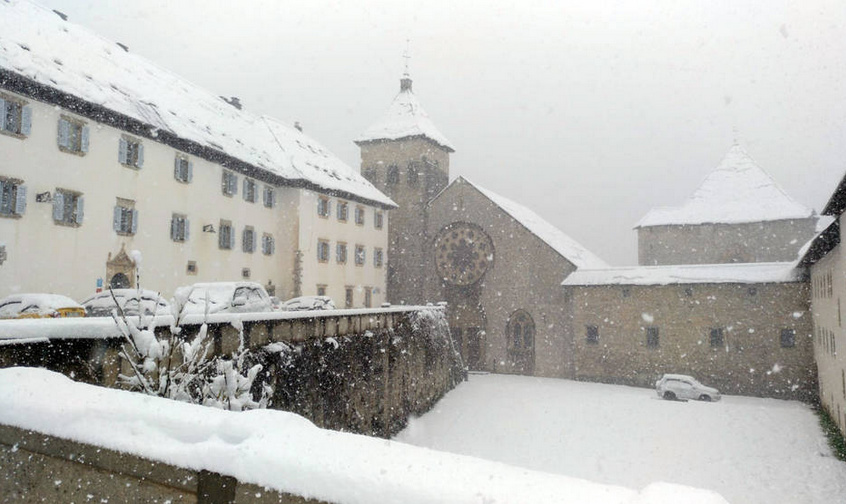 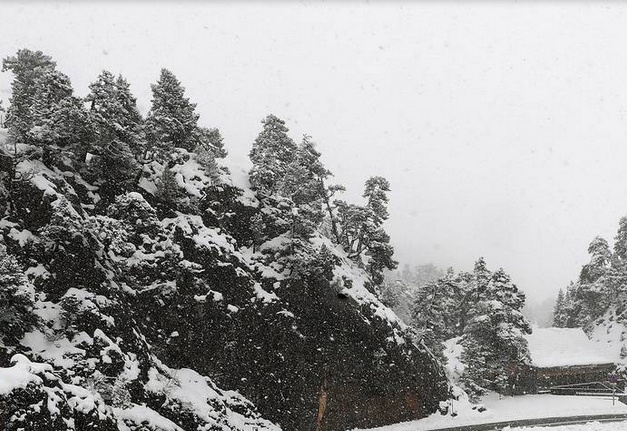 Thank you very much friends for your feedback.
I will be glad to meet you on air!
73!
Vlad

A belated happy birthday. Great pics and I am impressed you were not wearing gloves at that temperature. It makes my grumbling about +3 C and a light shower of snow and some rain pretty pathetic. The forest where I was yesterday would have been harder to push through due to the thick undergrowth but at least no heavy frost or snow cover. I operated from the road verge. In two months we will be worrying about forest fires so best to get activations in now.

Hope to work you one day when you are in the Urals.

Ron, everything is simple - I just forgot the fleece gloves at home. Of course, I had warm mittens with me - without them I would not be able to spend a day in the winter forest. But in mittens it is impossible to work CW(
Therefore, I had to endure some inconvenience. I want to admit, when in our youth we spent all winter weekends and holidays in the mountains and forests in any weather and in any frost (sometimes at minus 40 C) - we practically had no problems with hypothermia)))
Funny jokes and laughter warmed up in any weather in the absence of expensive downy equipment … 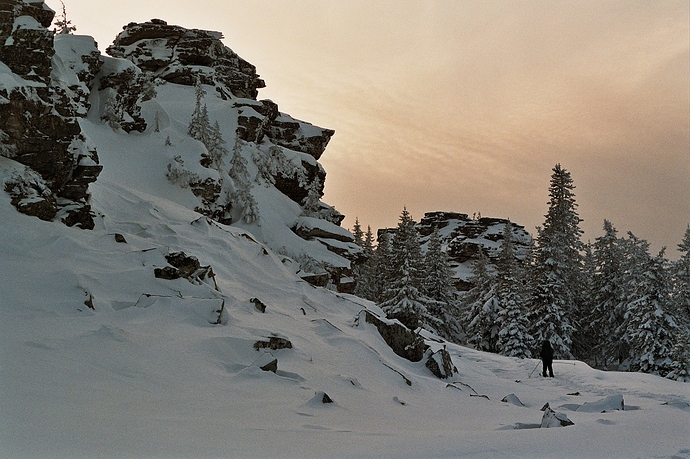 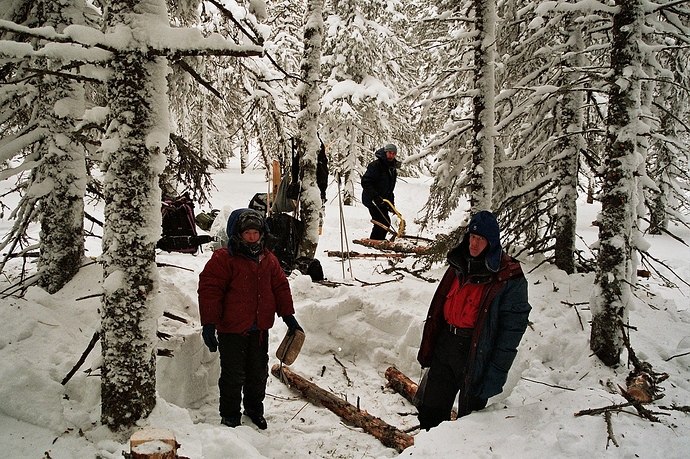 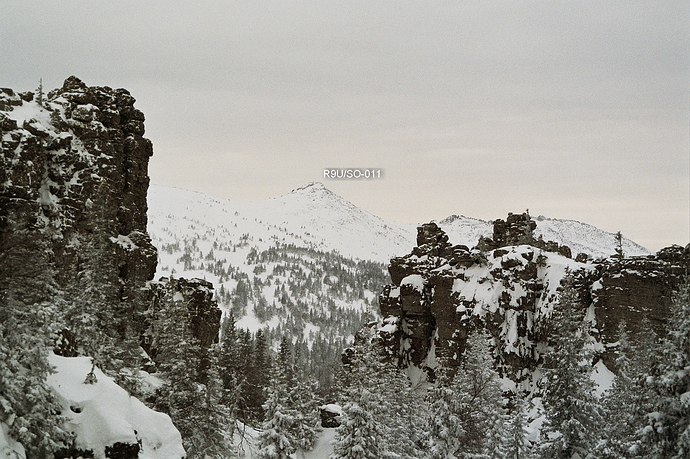 Very nice report Vlad, winter is definitely on its way. My feet were freezing on The Wohntalhocheck OE/ST-465 two weeks ago on the 1st of November. 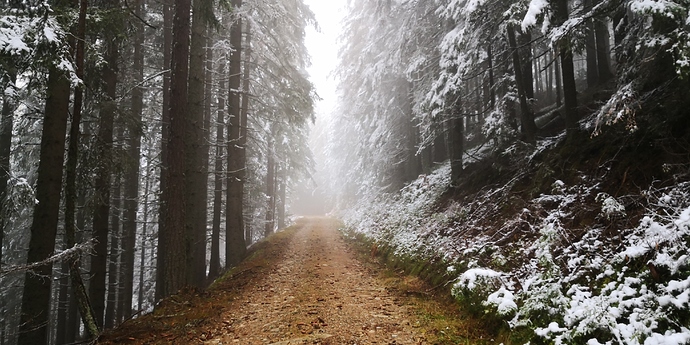 We had a S2S the next day

when I was on the Stradnerkogel. Nice to have some activations from Russia coming through, let’s hope more Russian associations come online soon. Boot warmers now in pack, just in case

. My boots are summer via Ferrata boots, so while they are good for walking in winter, they are not as warm as you might think. Looking forward to another S2S soon Vlad.
Best 73 de OE6FEG
Matt

Glad to see you’re getting some snow in the Pyrenees this year Guru, I remember flying over Pic du Midi Ossau last year on my way back from Tenerife and it was bone dry; perhaps unusually good weather for a winter traverse, but very bad for the ski resorts.
73 de OE6FEG
Matt

Hi, Matt. Thank you for nice S2S QSO and answer.
There is a mysterious path in your photo. Very beautiful.
I hope that new associations and SOTA enthusiasts will someday appear in Russia. Marat and I will not pull this “heavy cart” alone.
73
Vlad

There is a mysterious path in your photo. Very beautiful.

Yes, I had a funny feeling as I walked up it, that’s why I took a photo. The next day on the Stradnerkogel, when we had our S2S, I was also there for the 2m CW contest: 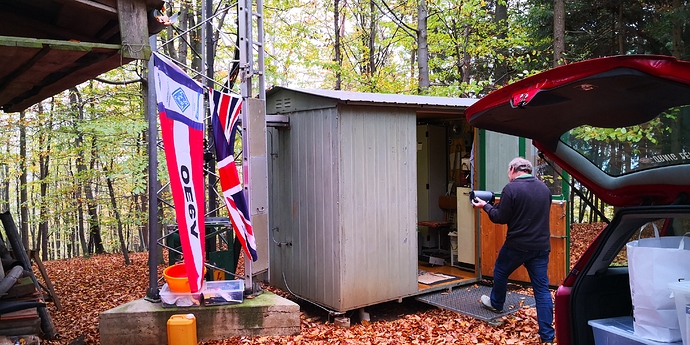 The hut was so small, the 1.5 KW linear was more than enough to keep it warm; we had to keep opening the door hi hi.
73 Matt

you’re getting some snow in the Pyrenees this year

Hi Matt,
The Pyrenees always get some snow, the problem sometimes is it arrives a bit too late. For the moment it looks like this year might be a good one with lots of snow early enough. We’ll see how long it lasts… with the global warming and the sometimes very unusual warm temperatures, me may see all this snow melt and disappear quickly. I hope not.
It’s been precipitating most of the day today and we have even seen some very wet snowing in the city of Pamplona. Here you can see the summit of our local summit Mt. San Cristóbal EA2/NV-119 already covered by some snow as I see it from the balcony of my appartment. 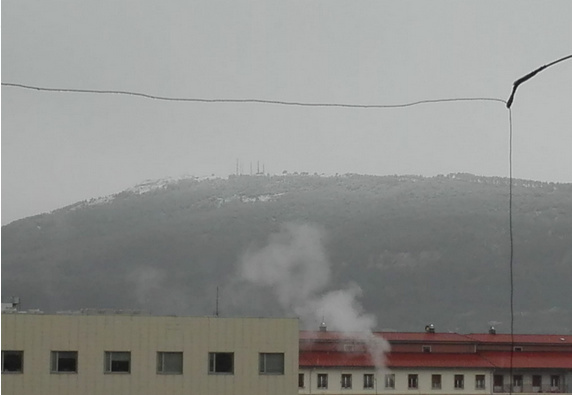 With all the rain we’ve got in Pamplona these last few days, I guess the Pyrenees must have been getting a good amount of snow.
73,

Now I can say, been there!

Indeed, Andrew, and you did it in the right time. It was the perfect time to walk the Camino de Santiago. Should you have started a few weeks later, you would have got a too wet and much colder weather, as you can see by the comments and pictures I’ve posted here. We have just 3°C right now.
Enjoy your summer time and I hope the fires won’t be too bad.
73, 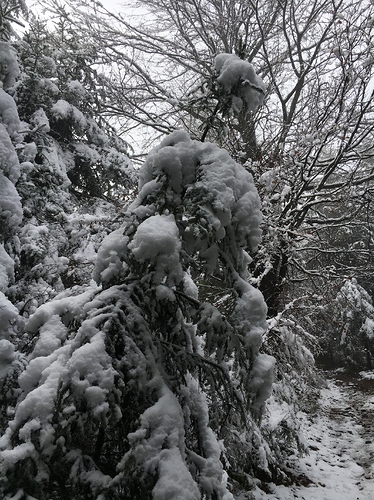 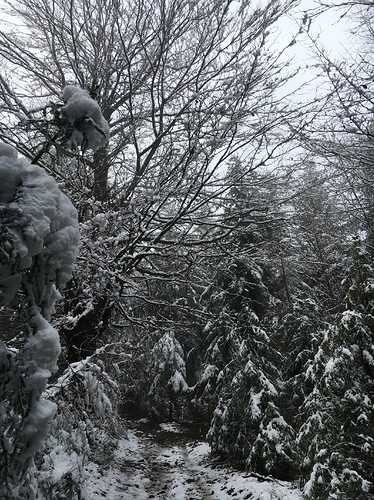 In HB9 winter has also slowly but surely arrived, at least above ~1500 m. Christian @HB9GIN and I had a great SOTA day yesterday on HB/NW-016 and HB/NW-017, with lots of sun, little wind and a snow depth that didn’t yet require skis or snowshoes for efficient progress. Temperatures just around or slightly below freezing reminded us that the days of staying QRV for hours on a summit are over though! 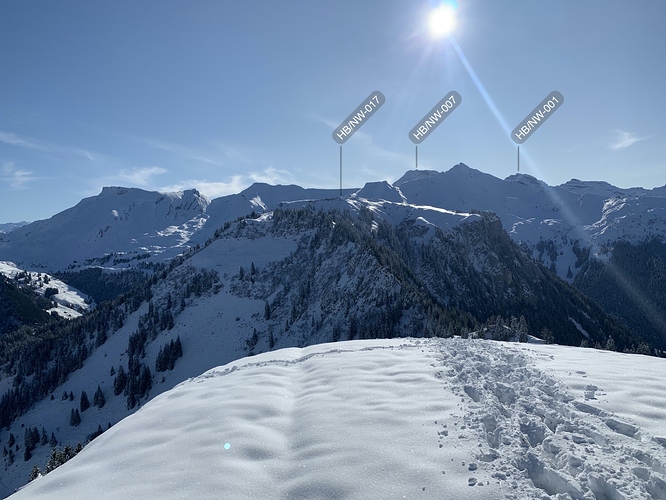 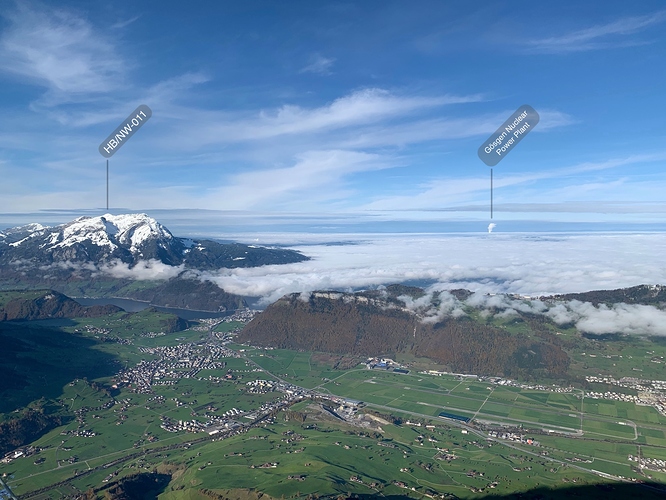 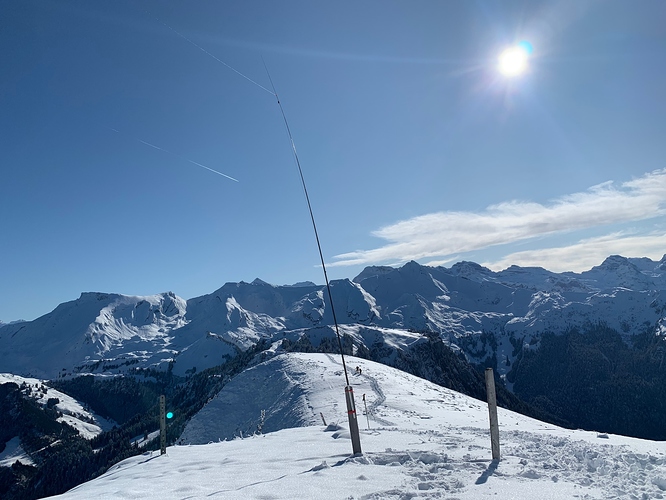 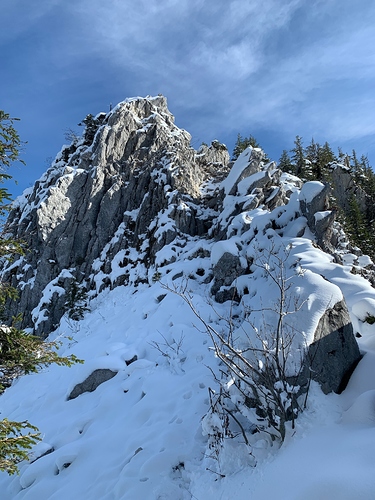 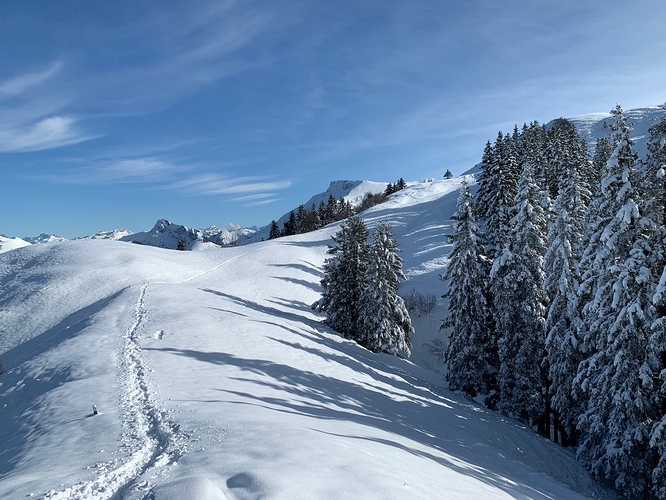 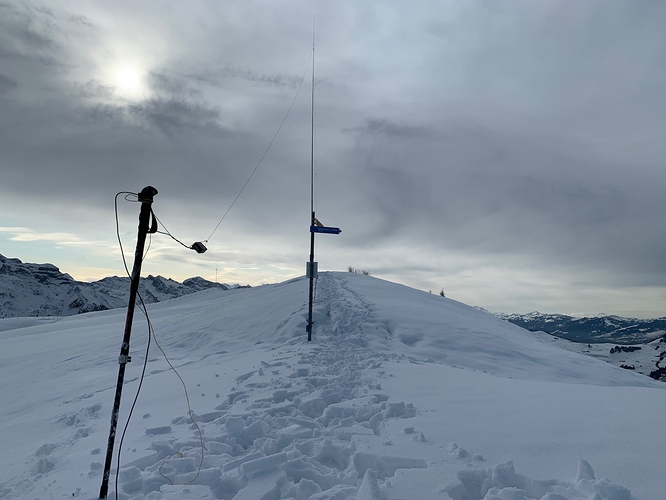 Great report Vlad and super pictures. Tmes were when I could manage without gloves, but that is in the past. I send cw whilst wearing thin wool “texting” gloves. Congrats on the birthday and the home brew rig. For me, getting qso’s on a hb rig is the pinnacle of amateur radio, especially when you add the Sota experience.
Thanks
G0EVV David