Which antenna cable for VHF-UHF and SOTA?

I suggest starting simple and cheap

I totally agree, however these kind of discussions are always very interesting and informative, so I am happy that someone is striving for a kind of perfection

Thanks for your thoughts!

It is indeed a Tactical mini with an 817. The antenna will be probably at 4m. Thats why I wrote 6m cable.

Will give it a try with RG58 and see how it goes.

Thank you!
Glued line head shrink sounds like a very good idea!
Will give it a try.

Mark, I think it makes sense asking people that have a bit more experienced with VHF/UHF and SOTA before starting with it.

Might save me some time to get to the same results…

100% - I made a load of mistakes early on before I found this community. It gives you the opportunity to bypass the misinformed and more importantly spending your money where it is going to make a difference. Buy once (well of course that never happens with antennas

I suggest starting simple and cheap. See what can be done with 5 watts and a short length of RG58 cable. You might be surprised.

This is exactly what I’m doing for my first foray into activating - 7m sotabeams pole, roll up slim jim for 2m, an FT-65E and approx 7m of RG58.

It is always complicated to start. Everybody would say rg58 is bad for uhf. So you start looking for better coax. LMR195 is better but lmr400 is even better. Where to stop? What to do?

My suggestion is to read activation reports. I like to read them and always looking for description or list of equipment, antennas, etc. You will learn that 2 or 3 el yagi 2 meters in the air, bad coax and 2 to 5 watts makes wonders on the hill. My first set up was 3 el yagi and 5 meters of rg58. But always use first class connectors. Bad connectors make bad connections and your PA may blow

Can you give me some hints what you mean with bad connectors? 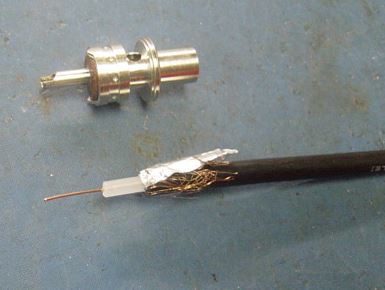 With all the dust etc. during activations I never use crimped cables…

It is hard to say just with naked aye. They are all shine. Some are not precisely made and central pin is little bit smaller or bigger. So it makes bad connection or it is impossible to put connector. Some use bad plastic that melts. Some are fragile.

Teflon connectors are usualy first class. Expect to pay about 3 euro for one N or PL connector. BNC are little bit cheaper. 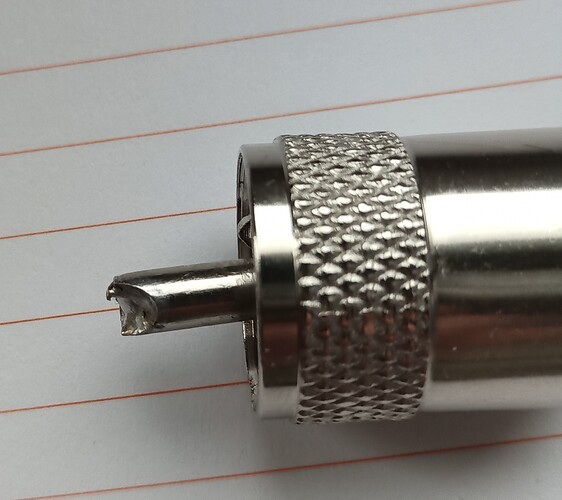 Plastic melts and it is not 90 degrees. Imposible to use

With all the dust etc. during activations I never use crimped cables…

Can I ask you what leads you to make the assumption that crimped connections are bad? Something in your work experience?

So, don’t sweat it to much.

But well crimped connectors are good. You just need to make sure that you use the correct crimp tool for the connector.

I moved to crimping. I try and use greenpar connectors when I can get hold of them. RS components do a silver plated RG58 crimp PL-259 which is bearable, as well as high quality BNC. Both use the same crimp tool.

Not had any issues other than strain relief which is solved by heat shrink with glue on the inside.

As with everything connector related don’t go cheap.
Avoid cheap adapters, they have been some of the worst offenders. If you need BNC to PL-259 make/buy a cable if possible, don’t rely on adapters.

Exactly Mark. For QRP and HF it’s less important and only as the frequency / power rises does it become more important.

I have plenty of cheap BNC crimp plugs for RG58 and RG 174/316. They’re fine for HF but being unknown Chineesium jobs there’s no guarantee they wont be horrific on SHF and up with strange resonances. For that I use Radiall/Greenpar/Suhner etc. branded (expensive) components.

The important thing to remember is whilst a BNC can be used to 12GHz it’s doesn’t mean the one in your hand can be used at those frequencies. You need to check because it may be Radiall marked but the spec says only good to 2GHz etc.

The same applies with coax. The RG58 someone is selling is an unknown item unless you can see a real maker’s name. On many cheap RG58 cables the only thing which is in spec is the RG58 printed on the side. The braid may be only very skimpy and not 100% coverage, conductivity may be lower as there’s less copper in the cable. Copper is expensive so cheap RG58 is cheap for a reason.

It’s one of the reasons I suggest people buy LMR100 for example. It will be the same as in the spec sheet with the stated loss and VF etc. so there’s no taking a chance. Or buy M&P cables. It’s good to see the info from Matt @G8XYJ that the LLA clone of LMR is nearly as good.

As you say, internal glue heatshrink is a must-use with crimps. The last batch of RG174 BNC crimps came with lengths of it. I don’t know who suggested it, not my idea, but if you don’t have any heatshrink with glue, you can shave slivers of a hit melt glue stick and insert them into the heatshrink before you heat it to achieve the same effect.