In reply to M0GIA:
ESP here too Sean. Not enough for a QSO. Too noisy on the G5RV. Pesky Plasma TV’s around here!

I left earlier & cooked some Sausages for supper, glad some over here made contact under very difficult conditions

In reply to G0VOF:
Thank you all for working us today…we had a ball!

I was shocked to find out from my wife via telephone that people could see our beacon. My APRS ht, the TH-d7ag, did not receive a single digipeated packet of our own signal at any time during the activation…so I figured I was not making it into the internet or radio stream. I have no explanation for why my HT was not hearing its packets digipeated yet my beacons made it to the internet easily. I have never experienced this sort of APRS behavior before.

Setting up was a bit difficult as we had serious QRM to each others stations. Eventually I settled down on 2m SSB and Dave picked up 20m SSB. Then Dave worked some 20m CW and we finally found out that despite the fact that our end fed wires were in the same plane, they still produced less qrm then an end fed horizontal wire and a vertical…so we went with end fed wires on 20m and 40m with a beam on 2m. 40 was pretty dead. I did manage a contact on 17m before Dave had finished setting up his station, but once he was on the air we found that 17m & 20m despite a bandpass filter for 20m was unworkable…something about the way the vertical antenna was setup I think.

I know Dave was very happy to make his first contacts with his new K2, and I was thrilled to work W2 AM K1YMI over a 135 mile path on 2m ssb…and he sounded like he was right next to me.

I did get to play with my AMQRP PSK device a bit at the end, but my rig battery finally died so I had to switch from the IC-7000 to the FT-817 with internal batteries (the 817 was the backup rig for the K2 as the K2 was not fully tested), and the 817 did not have narrow filters so there was too much AGC pumping on the packed 20m psk band…but I did work VA6FUN and that was really neat!

I did fantasize about tapping the new summit top solar powered Clivus Toilet’s solar cells/battery for a bit of a boost. I cant wait for portable solar cells to become more affordable/efficient…

In the end we left at the last second we could as the park has strict closing hours.

In reply to N2YTF:
I figured out the APRS issue now…from the closest Digipeater to W1/HH-002:

In reply to N2YTF:
GM Tom,
Pleased to work Dave on 20m cw last night. I could just hear him, close to the noise floor on ssb, but the qrm was bad at this qth. Dave was a good signal on cw and came back to my first call.
The guys here with good HF stations (GW4BVE, G4OBK) were able to make it on SSB fairly comfortably, but it was a bit of a struggle using a simple antenna (vertical) in the prevailing conditions. Stateside signals were not at their usual strength last night.
Many thanks for the activation to you both, and pleased to hear you have resolved your GPRS mystery.
Look forward to your next one,
73 Frank

Thrilled to have worked my first US SOTA summit - many thanks to Dave for going onto CW. I couldn’t hear a thing on SSB other than UK/European chasers, but after monitoring the CW QRG for a while, Dave came right up. He faded to a 339 when I worked him, but we made the contact.

Hoping for S2S to a North American summit next Saturday!

Congratulations Dad on chasing your first US SOTA summit.

I know Dave was very happy to make his first contacts with his new K2,
and I was thrilled to work W2 AM K1YMI over a 135 mile path on 2m
ssb…and he sounded like he was right next to me.

I think 2M SSB is one of the most underutilised bands/modes in the US. It just does not get the use it deserves. I love working 2M SSB, I thought I should be able to hear you, After I peaked the beam a little you came right out of the noise floor.
I hope you guys are going to be on next week, I’m going up on Sunday.

In reply to K1YMI:
We are in the planning stages for something on the Intl Weekend…probably something in W1 and possibly with an overnight stay…we will have to see.

It must be 20 years since I have been camping…

If you would like to see the path K1YMI and I worked on 2m, you can see it at 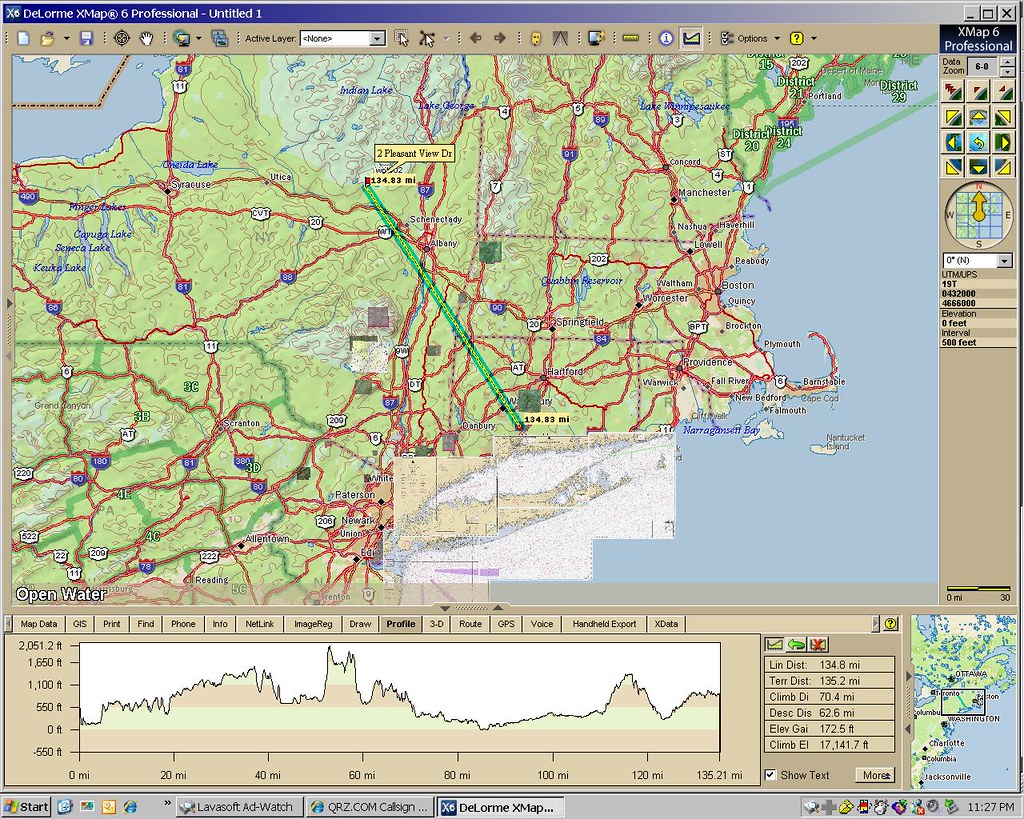 Hi Tom…wanted to thank you and Dave for the summit contacts this past weekend! I made a 20M SSB QSO with Dave but QSB and QRM was terrible…thanks Dave for hanging in there! Later I listened to Dave on 20M CW…Dave you’re right in my comfort zone for copy…I listened as you worked a pileup of G’s from across the pond! I was going to give you a shout on CW if I ever heard you CQing a few times without a reply…but sounded like you were doing fine so kept out of your way. Later after coming back inside after some errands I saw the aprs stating you were on PSK mode! Scrambled to get on that mode and Tom picked me up first call! I was having the same AGC problem at my end and lost print at times but it was great to work you…I believe I was your last QSO before you went QRT. GREAT job guys…thanks for the “FUN”!

Thanks for all the FB QSOs guys. Sorry my CW is still pretty rough. I’m working on it. Hopefully Tom and I will be out next weekend for the big event and we can work more chasers, and maybe even do some S2S’s.

Some photos from our trip: 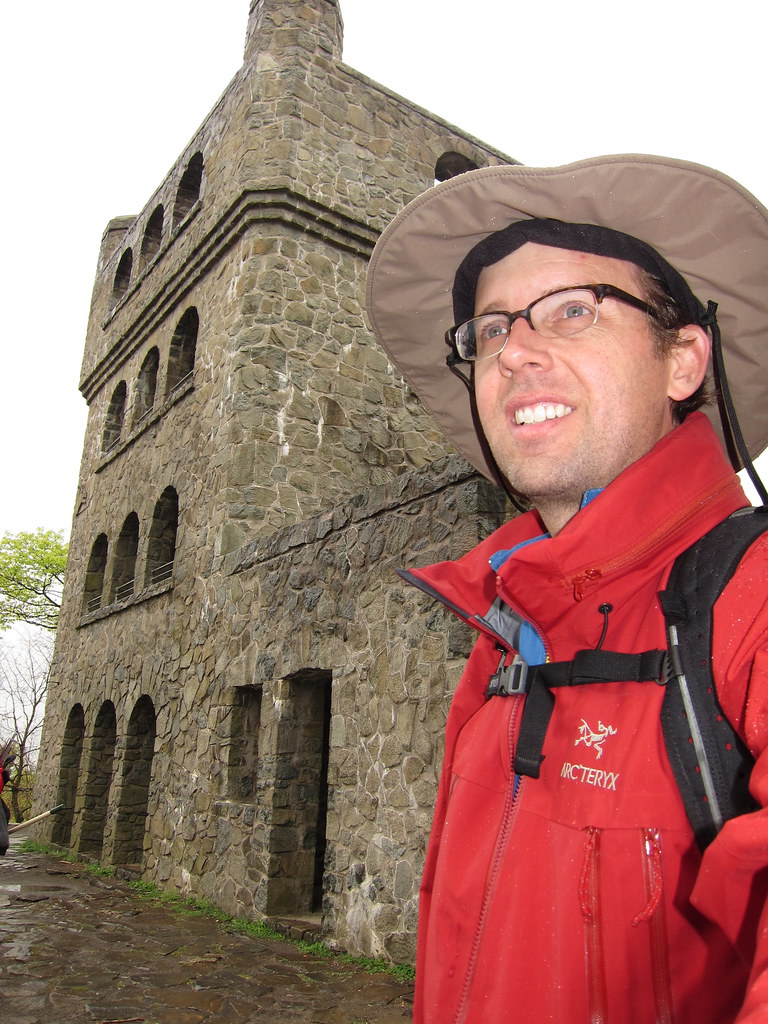