Here I was, tucked up in bed on Sunday morning tablet in hand reading the papers when I get a flurry of spots pushed to my phone saying there were a number of VK activators out and about. So I shot off to my local easily accessible summit - Mt Ainslie right in the heart of the capital. Set up and fired up. Having been given a leave pass from the other half to play radio twice on the weekend my goal was to just chase as I had already activated on my very first SOTA session a week after betting my license - 9 short weeks ago. 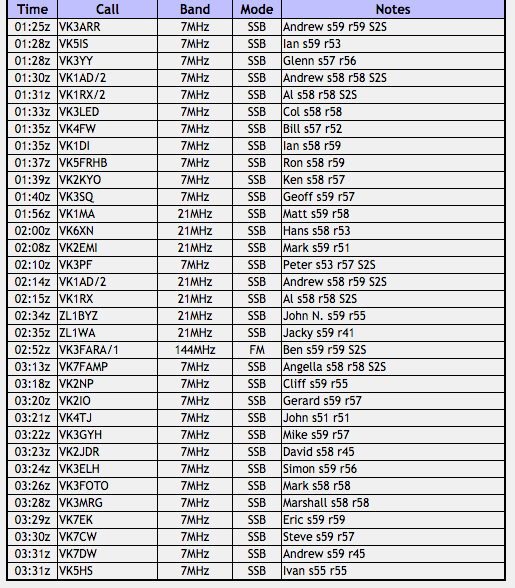 Screen Shot 2017-05-01 at 21.47.10.png515×588 38.8 KB
While I had planned to just chase I was also looking for some more unusual or different stations that I normally just churn and burn through when activating. I spent a great deal up on 15m, one of the limited bands for VK foundations license holders. Well wasn’t I in for a treat. Another first for the log. A VK6. For those geographically challenged. Perth, the capital of Western Australia is the most remote capital city in the world. From my summit to the VK6 station I worked was over 3000km (5w). Not considered dx however shortly after I worked John and Jacky at their home location on the north island of NZ (ZL) at a similar the distance!! 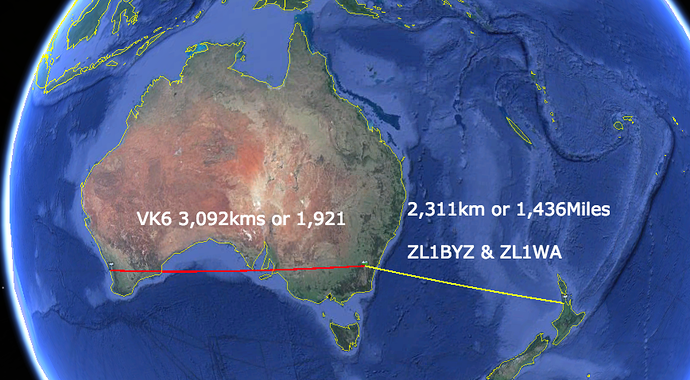