Saturday sept 10th for “NA Sota week-end” i was on VE2/QC-005 mount St-Marguerite also called Mount Radar because this site was a military base built during the cold war for the “dew line”.
https://en.wikipedia.org/wiki/Distant_Early_Warning_Line

At the summit remains the bunker wich housed the radar installations.
This site was chosen for today’s Sota because of its easy access,the elevation and the clear path towards USA. 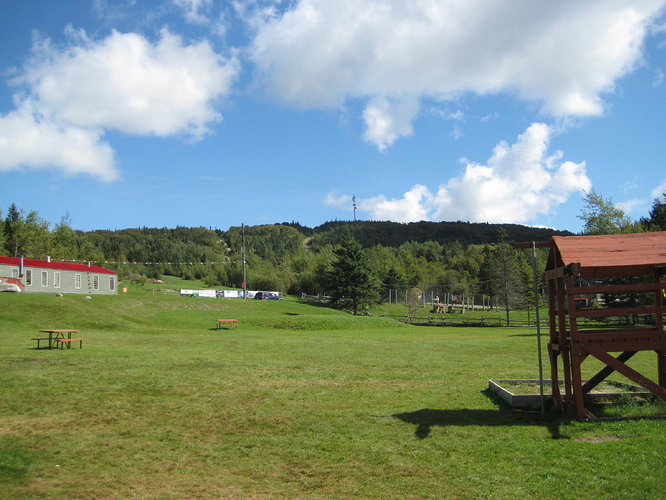 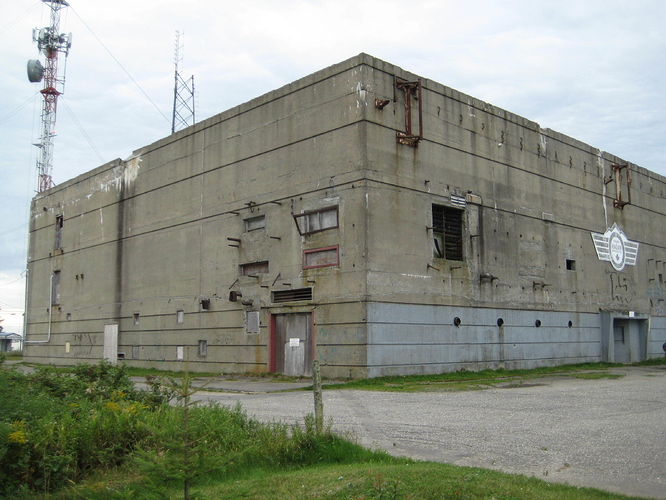 I hiked up by access road instead of the trails in the forest wich is the most direct way up because i had not much time left to arrive on schedule.

My first contact was an S2S with KK4OSG who graciously gave me the frequency he was using (14342), he was switching over to 40m.
Immediately after that i managed a good pileup of chasers.

A few contacts on 2m fm,a few others on 40m, back to 20m this time with some europeean stations calling for the WAE contest and i worked KI4SVM Pat for an S2S and coincidentally this was the second time i work him S2S from this summit ! , back to 2m FM and SSB, 2 american stations on 6m and finally finishing again on 20m. 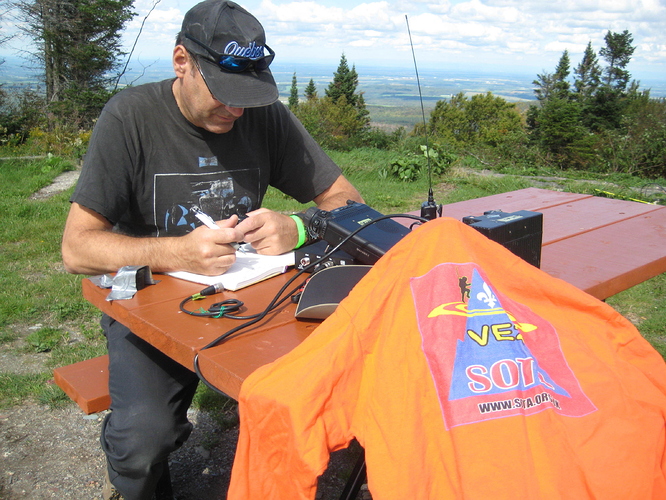 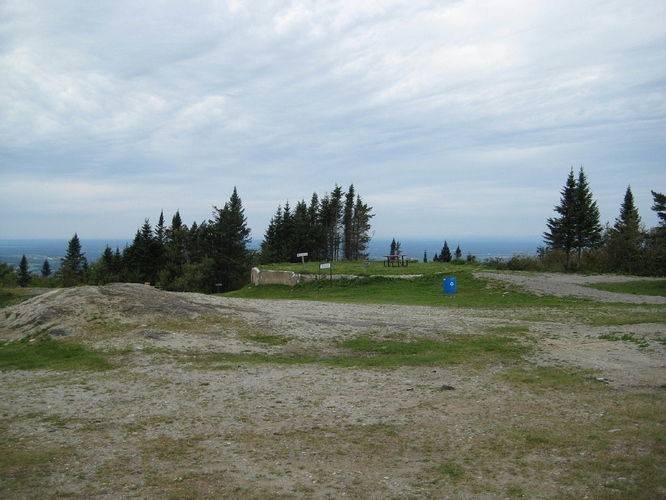 This was by far my greatest Sota !

New personnal records during a Sota: 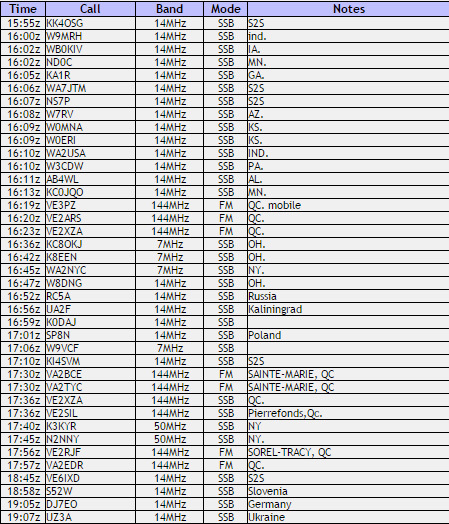 This was great fun and the contacts were easy !