The forecast was for a cloudier day with some sunny intervals and scattered showers, but we ended up not seeing much sun, and there was some light rain with haze on the hills. We parked in the area in front of the church in Durisdeer and took the track which headed up the spur of Durisdeer Rig. At the top on Durisdeer Hill we turned right to follow the fence running along the ridge over Scaw’d Law to the summit of Ballencleuch Law, marked only by a few stones surrounding a not quite vertical post. The flattish top wasn’t inspiring, and cloud obscured the views of surrounding hills.

Caroline used a convenient fencepost for her VHF antenna support, and there was plenty of room for the HF antenna. Caroline’s initial attempt on VHF yielded just 2 contacts in 20 minutes, so after Martyn had qualified with 7 contacts on 60m, she moved to 40m where the first contact was a difficult S2S with HB9BIN. Conditions weren’t good but Caroline got another 7 contacts, before handing HF back to Martyn who managed just one 80m contact – probably too early in the day. A final call on VHF produced one more contact. Qualifying hills on VHF was proving difficult! 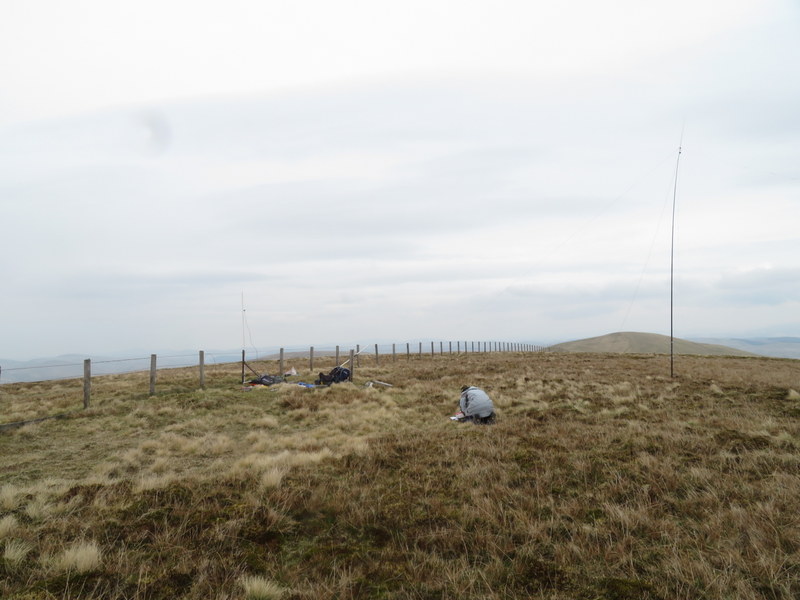 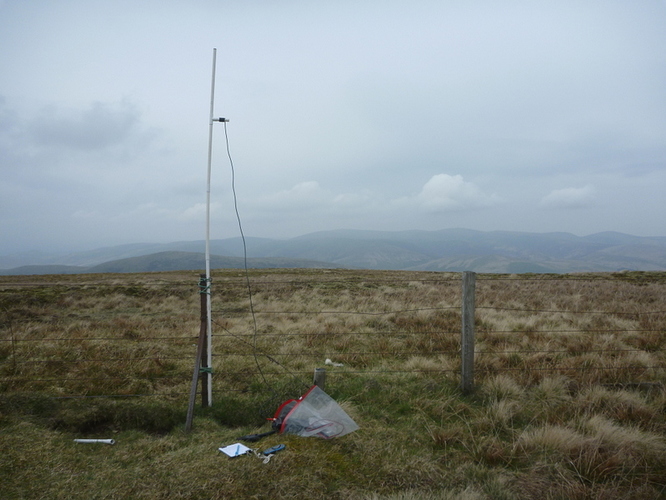 From the summit we headed ENE over Gana Hill finding our way down by the Gana Burn and passing east of a large sheepfold to pick up a track with took us to the track that runs along the Durisdeer Pass. We crossed a fence to make our way steeply up the other side to the ridge of Well Hill which was then followed to the junction of fences at the summit. Again, the fence provided support for the VHF antenna, and while not as flat as Ballencleuch there was plenty of space for the HF antenna. The clouds had lifted enough to give slightly better views. 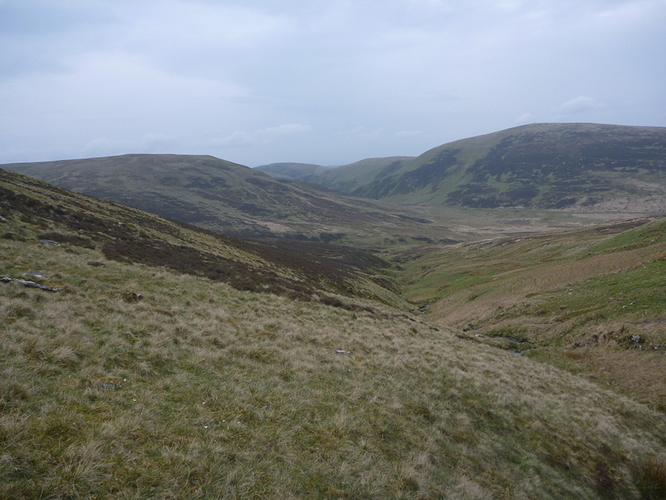 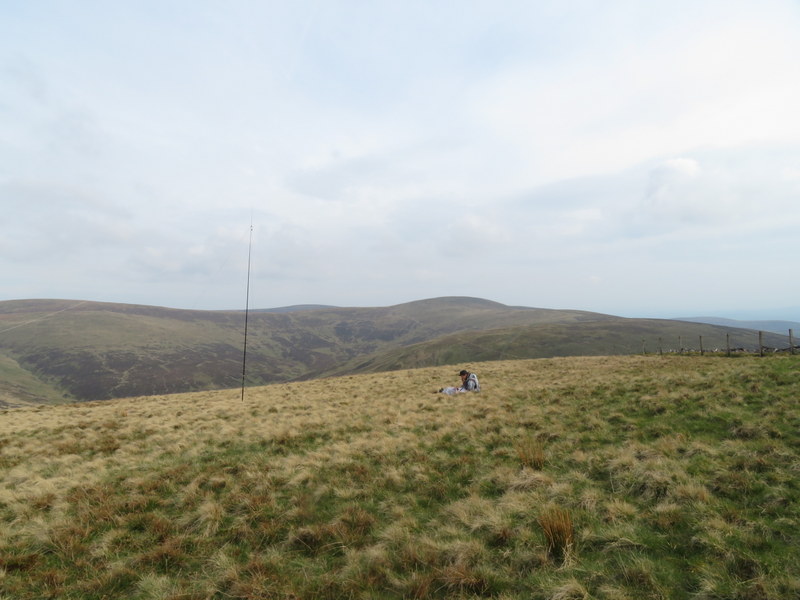 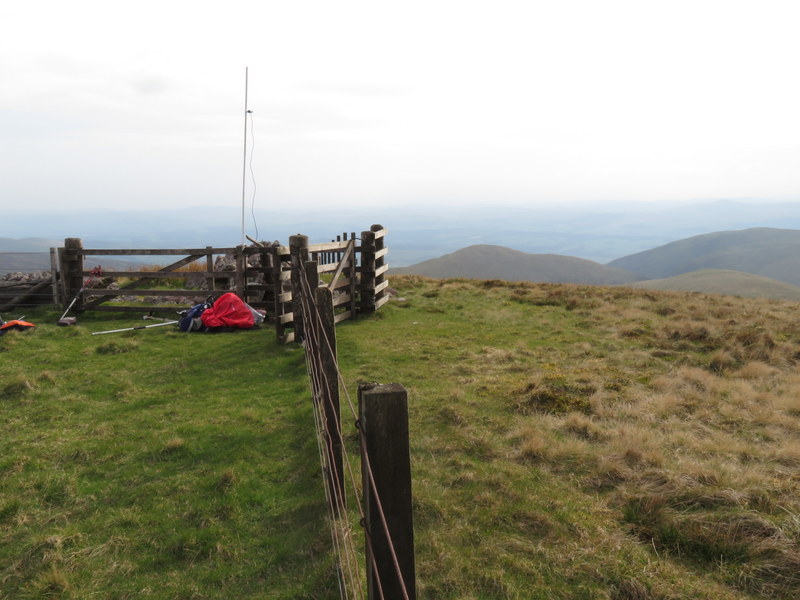 Once again Caroline failed to qualify the hill on VHF, the initial half hour session yielding just two with a third from final calls after qualifying the hill on HF. After Martyn’s 7 contacts on 60m, Caroline decided to try 80m as it was now late afternoon, which produced a pleasing 7 contacts. A move to 40m added 7 European stations to the tally.

Since we were short of time we took the shortest route back, descending steeply by a fence back down to the track down the pass, which made a pleasant walk back to Durisdeer, with a few pauses to take photos of the Roman fortlet on the other side of the valley. 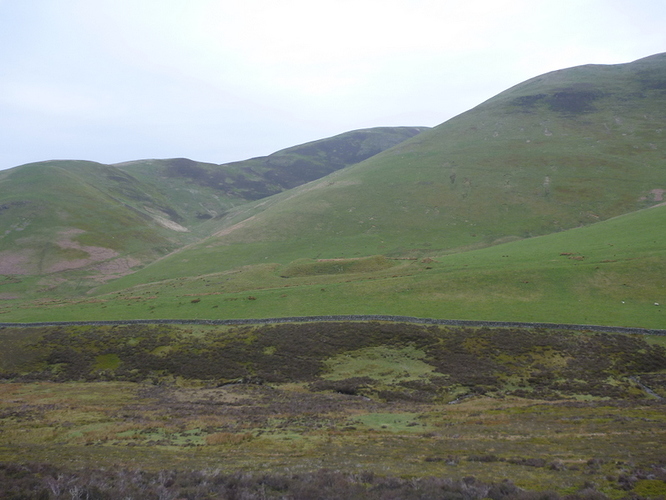