Yesterday evening, I set off once more to Longmynd G/WB-005 to participate in the 23cm UKAC.

Arriving in Church Stretton, on the eastern flank of the hill, I found that the Burway road, which winds steeply upwards, was closed due to snow. I decided to have a go at the western approach, and followed the roads over the northern flank of Longmynd, and up from Bridges.

There was snow lying on the roads, but passage was fairly easy, and once on the top of the rolling landscape, there was very little snow - I guess the wind had swept the top clear, and deposited drifts lower down.

I parked up at around 20:00 local, with a ten minute walk up to the trig point, so not too bad.

FT817 and SGLabs transverter set up on the topograph, and…no output. Checked everything, and it looked as though the microphone was at fault (and so it proved to be).

I tried a few calls on CW, but no takers. No other radios or antennas with me, so I couldn’t activate the summit.

The weather was perfect, clear sky with Orion still resplendent, not a breath of wind, and just sub zero degrees which made the grass sparkle, so a very pleasant outing, if not strictly successful!

Whilst listening around, I did hear Rod @M0JLA at about S5, working another station who’s callsign I didn’t note. Sorry I couldn’t give you the chase, Rod, maybe next time…

I’m not sure yet whether to spring £35 ish for a new MH-31 microphone, or fit an electret module in the old one. Or possibly both.

Sorry for poor photos, but they catch the moment! This was the road up that I eventually used (photo taken on the way back down) 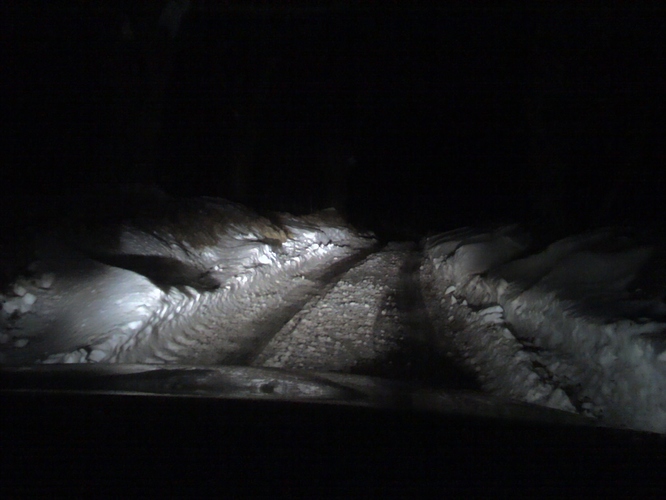 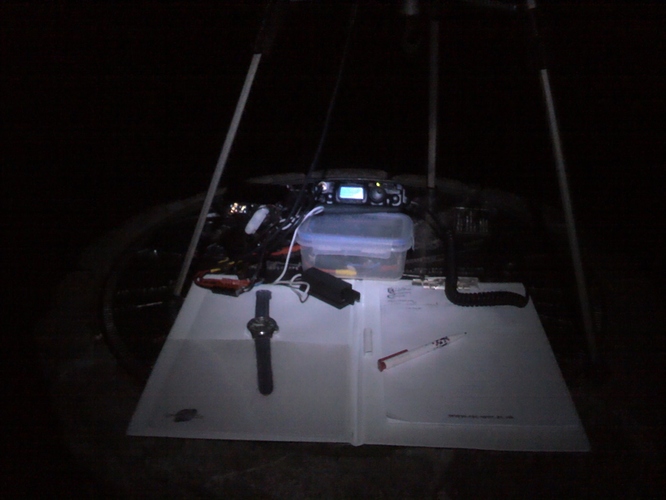 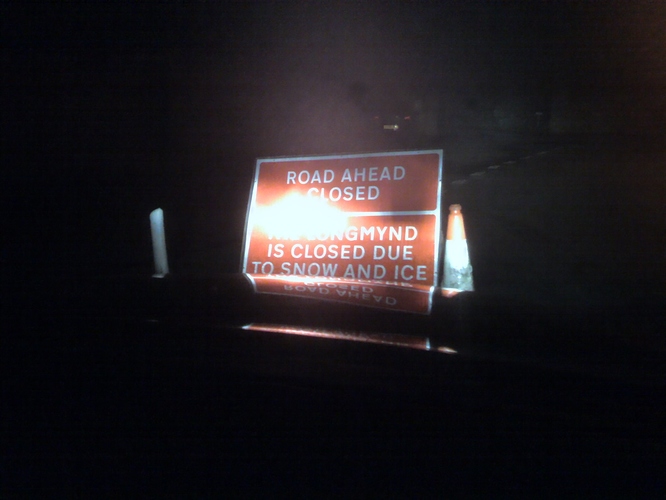 I to was out on a summit last night Black Combe G/LD-030 just over 1 hour up from the car park. The view was fantastic until 21:25 when the cloud appeared. So I beat a hasty retreat, finding the start of the path in the dark is tricky, after that it is easy. A S2S would have been magic on 23cm. The reason I was out on SOTA was my normal UKAC rig had a problem so I took the opportunity to use the SOTA 23cm rig.

I too use a SG-Labs and the FT-817, I have packaged the transverter, antenna and lithium (9) batteries into a single package. It also works well with a Handi on 1297.5 MHz. The antenna revolves in the socket so Horizontal and Vertical polarization are a quick swap. I intend to do some more 23cm UKAC from the G/LD summits this year. 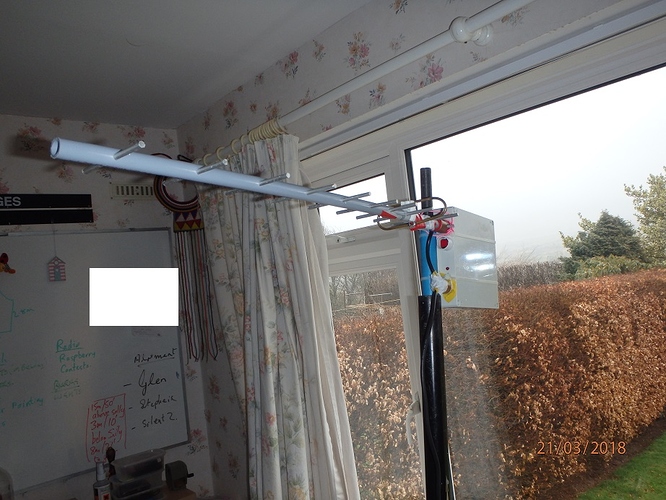 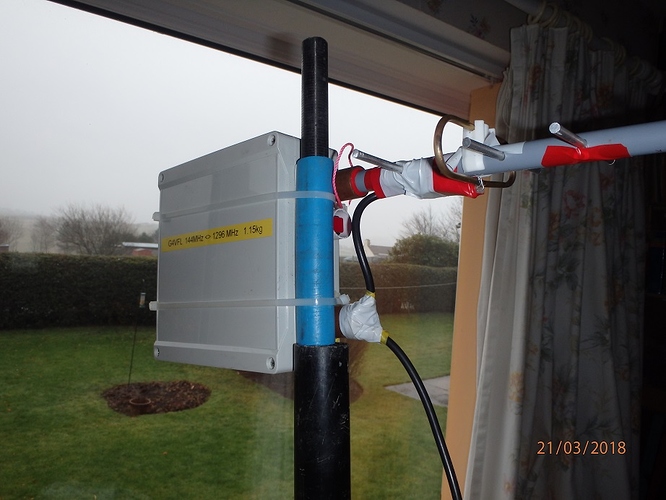 Neat system! I haven’t made any attempt to waterproof my setup yet, but the antenna does easily flip vertical or horizontal.

The UKAC series are a good guarantee of some activity, and I hope to try a few different SOTA summits this year. An S2S would be great, maybe I should post alerts more diligently…

Thank you for the report of hearing my signal. The furthest north I made a contact was io82rj which I think was M0VXX on Titterstone Clee, WB-004, so the fact that my signal reached Long Mynd is good to know. I was only on a little hill so no prospect of s2s. There is local competition to use Hegdon Hill, WB-023, (tho I think it was actually free that evening but I did not have time to get there anyway) so I think s2s unlikely as I am not going to be carrying my 23cm kit anywhere. (The aerial relay weighs nearly as much as the 817!)

The 6cm kit will be SOTA compatible but probably not ready before June.

None of you missed much - the general opinion was that conditions were dire. Shame really because there was a lift in the afternoon which would have made for some fun activity.

I might be shot down for this but if you are on 23 cm (or 13 cm) QRP from a hilltop, search & pounce will probably be a frustrating exercise. The use of the ON4KST facility under these circumstances (or spotting your actual QRG on SOTAspot) would get people looking for you and you could well be workable well into GM. Low power is not necessarily a handicap especially if you are on a summit (have a look at some of the UKAC results).