Any of you manage to watch ‘The Great Climb’ on BBC2 Scotland over the Bank Holiday. I watched it on BBC IPlayer last night, and it was riveting. Not sure I will use that route, when I activate on Harris. Similar program to the Old Man of Hoy (A few years ago!), but much more severe climbing. Amazing skill levels up 5 pitches, with 150 feet of overhang, under difficult weather conditions.
73,
Frank

I didn’t see that, Frank, I hope its still on the iplayer! It sounds like Strone Ulladale, I don’t know of any other overhang that big.

1967 ISTR. I remember watching it live whilst still in short trousers. The engineering feat required to bring a live TV signal via microwave back to the BBC video distribution system was amazing for the time. It’s all so easy nowadays.

In reply to G8ADD:
Hi Brian and Andy,
Old Man of Hoy featured Joe Brown, and I think a young Bonington. It was a ‘few’ years ago when I was a youth!. You are spot on Brian; the hill featured was Sron Uladail, and it is a 5 hour extravaganza which had me on the edge of my chair at times. Best TV I’ve seen in a long time, but not sure my wife would agree! It’s still on Iplayer under BBC2, but you have to dig for it. Well worth a look.
73,
Frank

These young lads nowadays - the fitness is incredible. How they manage to get fingers strong enough basically to hang on a hold that takes only the last joint of three fingers I do not know. Hand jams yes - but the strength they have is astounding.

Nice memories too, even though I never did anything harder than a VS in my youth. I still have the old EBs somewhere - sigh - maybe I’ll do a SOTA activation in EBs one day!

Yes, great TV - catch it if you still can.

I watched the final 3 pitch’s aswell, really an amazing feat of endurance and strength. Ive never done any rock climbing as such but now thinking about going over to the local climbing wall to see what its all about.

Nice memories too, even though I never did anything harder than a VS
in my youth. I still have the old EBs somewhere - sigh - maybe I’ll do
a SOTA activation in EBs one day!

I miss rock climbing, I still get the old guidebooks out occasionally and have a reminiscent browse, but my old EBs (actually, I think they are Gollies!) used to slaughter my toes and I wouldn’t willingly put them on again!

Adrian, you might learn the basic techniques on the climbing wall, but it is far removed from climbing on natural rock. This brings to mind an amusing story my young brother tells. A few years ago he had just finished a route on the Roaches (a few miles south of Gun) when a lad came running up to ask for his help. This lad’s mate had got himself cragfast on a Severe slab route and Dave dropped a rope to him and hauled him up. It turned out that the cragfast lad had won a climbing competition in Leeds a couple of weeks earlier! I bet he never heard the last of it…!

Your memory is clearly fading (or perhaps continental drift has played its part). The Roaches are ENE of Gun.

In reply to G3RMD:
Thanks for the tip off, Frank. 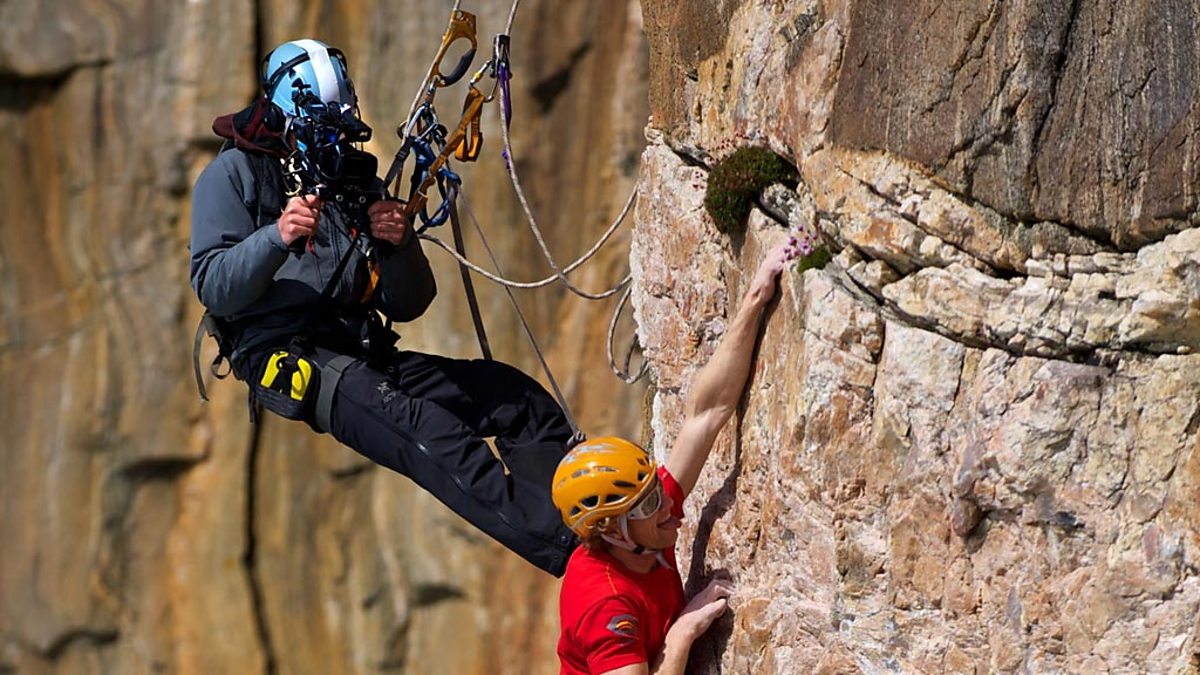 A spectacular rock climb broadcast from the overhanging cliff face at Sron Uladail.


I’m awe struck. It’s so overhanging that it’s a natural umbrella from the downpour. Dave McLeod has five stitches in his ankle from a rock fall [just where my wounds are still sore 18 months later] and levels of lactic acid in his arms and fingers after each move that I can’t imagine.
Brilliant telly

This may be of interest to some, I have seen several trailers for “The Asgard project” which is due to air in the UK on the “Quest” channel (Freeview 38) on Sunday 26th September at 9PM.