There was that time the snow was waist deep and I had to crawl up to the summit. (Left the snowshoes at home.) 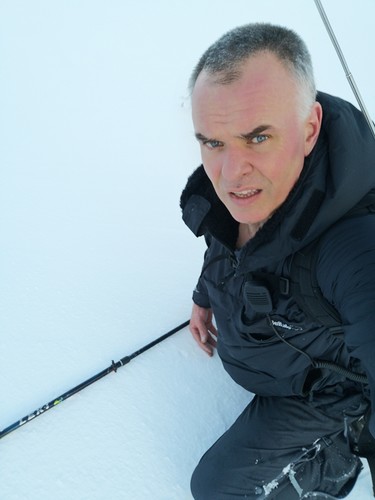 Then we had the late afternoon stunner: 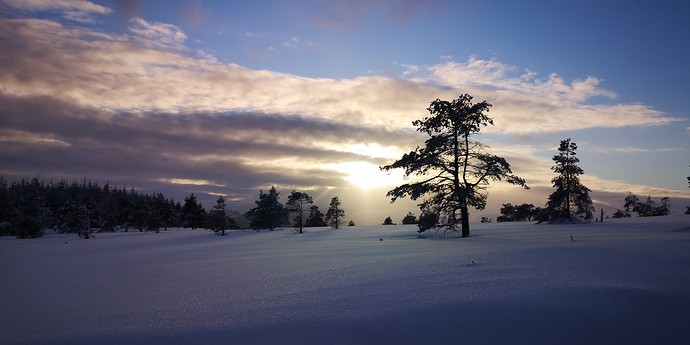 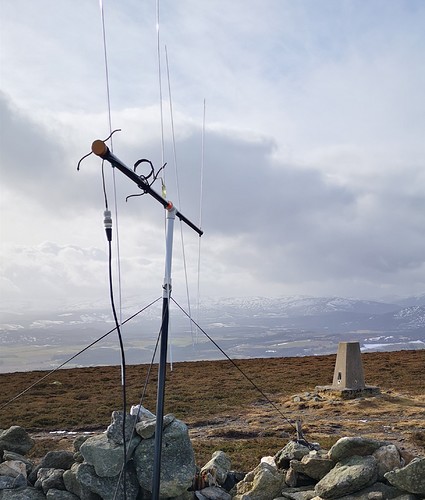 I was determined that I could get four contacts out of Pressendye using 5w on my handheld with either an extendable Diamond whip or the yagi. 2m FM.

The best I managed was three. I moved on.

Then the other weekend, on a Sunday when I absolutely was not going out, or up a hill and certainly wasn’t going to do any radio stuff (mainly because I really was getting behind with the domestics), I had an idea…

I’d wanted to ride Pressendye from my QTH for a while and if I threw the ft-857 in the rucksack, and strapped the mast/yagi combo to the side, then I could kill two birds with one stone.

I didn’t take any pictures on the day, but I had my GoPro helmet camera recording various bits. Here’s a short film of the activation. 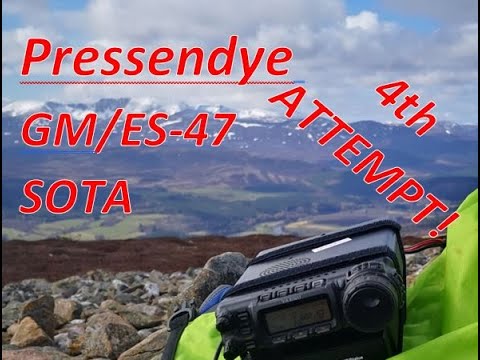 The activation was successful, with points scored at last! Best DX was the ever reliable GM8PKL, Brian in Edinburgh. I suspect running the full 50 watts helped somewhat! All five were on 2m FM, but GM4OBD, Graham up in Ellon also responded to my CQ call on 2m SSB, off the back of the beam.

It wasn’t a day for hanging around, so I bailed.

As I said in the video, Pressendye is a nice wee hill and can be climbed in just over an hour from Douneside House Hotel, just outside Tarland. Alternatively, www.walkhighlands.co.uk has a great 9 mile loop from Tarland that uses some of the tracks I rode.

If you want to ride the ridge the way I did it, start around NJ449 070 or ride out from Tarland. I only had to go off-piste because I was hunting out (and failing to find) new tracks. Of course you’re welcome to start from my QTH and I’ll probably join you, but please bring biscuits!