The long planned SOTA Microwave Award, in conjunction with the UK Microwave Group, is now active (effective 1 July 2014). The database will require modification to score for these awards so currently it is not possible to enter details of any activations or chases but, hopefully, this will be up and running shortly.

This award will be based on DISTANCE not the summit point score so is a deviation from the current SOTA practice and it will be necessary to record the locator of the station that is not on a SOTA summit (the SOTA summit locators are known so are not a required data entry). Although the award is a joint venture with the UK Microwave Group it is not limited to UK stations and is equally applicable worldwide. This is also not a replacement for any of the UK Microwave Group awards but is intended to get people out and about operating portable on the higher bands and recognises shorter qualifying distances than is current practice for the UK Microwave Group.

Briefly, the rules are as follows (any lack of clarity is my fault and I would appreciate any observations where the rules need to be tidied up):

The definitions of Qualifying and Activating are as per the General Rules.

Hopefully we will see folks out and about, but please bear with me before claiming awards as these still need to be designed and jointly approved by the MT and the UK Microwave Group committee.

Thanks for sorting this out Barry.

Anyone want to try for some S2S contacts on 10 GHz to kick off things?

Hi Richard and Barry,
Thanks for informing us about the SOTA Microwave award, i’ve been hoping something along these lines would happen.
I’ve recently finished building a 10Ghz transverter and had been on St Boniface Down G/SE-008 on Sunday 29th June testing it out for the first time in the UK Microwave 10Ghz contest.
Using a waveguide horn, am sure I could use it from the higher summits in Snowdonia sometime soon.

I enclose a link showing the relative simplicity of constructing a transverter using a ready built DB6NT module. 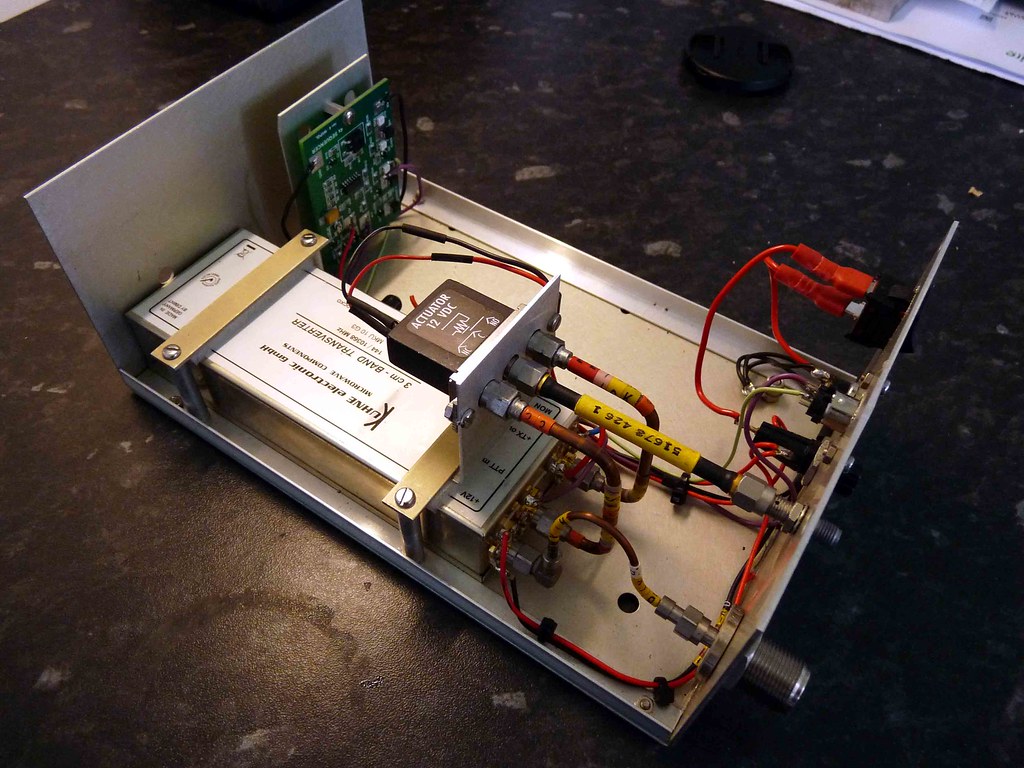 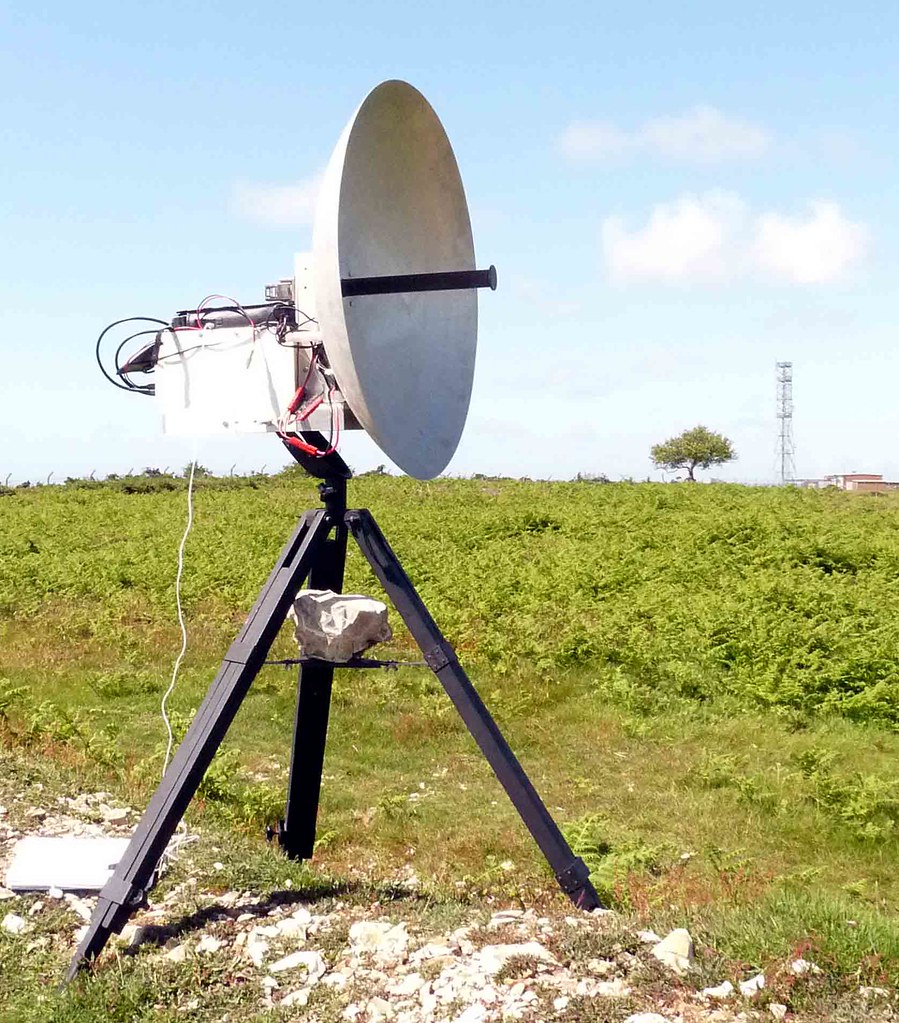 Hi Rob. Great news on the 10 GHz gear. Up here to the IoW is probably a bit far with 200 mW and simple stations at both ends but North Wales would be easy. Let me know when you are planning something so that I can give you an S2S.

There will be support in the database for this “Real Soon Now”. In the meantime anyone wishing to have their QSOs score for this will need to enter the location of their QSO partner unless they are logging an S2S QSO.

In reply to G3CWI and G0PEB (and trying to avoid apostrophes this time):

I am also hoping to get out with 10GHz for SOTA. I need to sort out battery issues with the current gear as I have not yet built the new super portable setup for SOTA. Last summer I added an ancient PA brick to give me my 1W and it takes a lot of juice. Currently for back-of-car operation I use an enormous SLAB, too heavy to lug up a hill. My LiPo batteries are no use as my LO source drops out - unfortunately I should have used a low drop out 9V regulator! I will do tests with an old 4Ah SLAB and if that does not work it will be a trip to Maplin for a new one.

At present I run about 1W to a 40cm dish so contacts across the Irish Sea should be straightforward from my usual summer locations in south west Scotland.

Looking forward to more 10GHz SOTA - currently I have the only 10GHz GM activation - just the one!

Looking forward to more 10GHz SOTA - currently I have the only 10GHz
GM activation - just the one!

In the database perhaps. In reality - sorry, been there done that!

Just got another post zapped and I am sure there were no apostrophes. Maybe it was the smiley.

Yes all sorts happened in the days before SOTA - I am still amused that my first contact with GM4COX was in 1978 from the Braid Hills (not quite SOTA) on a 2m FM home brew rig to Jack up Ben something or other in Argyll, at 3300 feet according to my log.

Well… RATZ! I was hoping the next award would have something to do with V/UHF, but just not that high in frequency. This will definitely be dominated by the European ops.

The point to get here Mike is the UK Microwave Group approached us with the view to having a joint award which we are happy to support. From the microwave point of view, were already going up and hilltopping anyway, theyd like a bit more microwave activity as the microwave bands are under severe threat.

The impact is some database work which is very likely going to be used in other awards/activities and challenges and some admin work on the awards themselves. For this award, the activity starts at 1.3GHz. The database pages which will display the results will be similar to the 12m challenge pages and will only show entries from 1.3GHz after the starting date. Where the location information is available, a distance will be shown. Anyone entering a microwave QSO will appear on the honour roll.

Now if you want to consider a US/Canadian scheme on say 220/450/903MHz again based on distance and not summit points, it wont be more than a few minutes to tweak the display to show those bands instead of 1.3GHz and up.

This will
definitely be dominated by the European ops.

No reason why it should be dominated by European ops. There are plenty of US ops with 10GHz gear judging by the ARRL’s “10G and up” contest. Surprisingly, 10G is frequently better than 2m SSB for long distances. It does however require significantly greater operator skills and the gear is inevitably heavier. The technical skills involved are relatively minor although most every route to 10G does require a little effort.

I saw someone comment a while back that the operating side of their SOTA activations was no longer much of a challenge. If that’s the case then they are clearly ignoring most of the many options that amateur radio offers us. Let’s face it, making 4 contacts on 20 CW is not really that hard! The operating side of SOTA is as challenging as you want to make it.

In reply to G3CWI:
Is this UK only or any SOTA Association?

In reply to W1DMH:
Hi Doug

It’s open to anyone. It clearly states this in the announcement at the top of the thread.

Does this mean that 4 uW contacts to 4 different callsigns have to be made to qualify the summit?

To QUALIFY a summit requires four valid amateur radio qso’s on any valid band; the microwave award does not affect this definition - you could qualify the hill with one 10GHz contact, one 40m ssb, one 17m cw and one 2m fm. The microwave award is unique in SOTA in that it only requires you to ACTIVATE the summit which is defined as a single valid contact.

Hopefully that explains it (or is as clear as mud!)

Thank goodness! Not many uW ops around here. And since my IF radio is a FT817 throwing up a dipole would be the lesser of dragging the uW gear up a summit.

Ummm another question or two…

Why is it stopping at 24 GHz? Why not all bands? Database issues maybe, dunno? I see the drop down menu stops at 24 GHz and then “Microwave” but has Region 1 & 2 bands. So I figure if the mm-bands are used then one would select “Microwave”? Be nice to have the other 5 bands there. But 2200m and 630m are covered by VLF so maybe not.

Any time frame when this will be active in the database?

It’s stops at 24GHz because that’s where it stops. The effort needed to extend to cover 47GHz, 76GHz, 122GHz, 250GHz is not much. Now you’ve pointed it out, I’ll see about adding it when the distance processing gets added. But there’s no point if there’s nobody actually using those bands. Maybe the chance of an award will encourage some people to try.

Well 241 122 would be a stretch to make 50km but the other two are doable. Need very cold, very low dew point, very high & very dry for those bands. A combination we don’t have much of down here!

I have just uploaded my first few qualifying activations for 3cm.

Despite having read the announcement message, I don’t fully understand how this is going to work.

I have several contacts for distances up to 301km so I guess that means I should qualify for something.

I think I should have a S2S with Robert G0PEB/P on 31 August, but I guess I’ve not uploaded the correct information for that to show up in my Results.