Just read on another reflector it’s the DARC WAE SSB Contest this weekend - 48 hour contest. Sure enough, correct. Expect lengthy contest exchanges in some cases with the QTC traffic feature. 3.5/7/14/21/28 MHZ. Makes CW and WARC the modes and bands of choice I should think for those who have the option, the phone segments for a good part of the day will make successful SOTA QRP operation on phone on the main bands rather difficult. The SFI is up though, so the higher bands if open, may not be so badly affected…

I managed to activate the following which always seemed a bit too far away when I lived in Carlisle.

That’s what I would call a good and productive day Karl Latham! Hope to work you over the weekend OM.

But of a struggle though getting 4 contacts on 2m. Also I couldn’t find anywhere at the top with enough soil to drive the stake in to support the 7m pole. So I ended up holding it with the radio, pen & paper in ever increasing wind. It stayed dry though so I’ll count it as a bonus.
Good to catch Ian (G0AZB) on Gt Mell Fell as I drove over.
Anyone going out for a beer later tonight in Windermere (9ish)?

After reading various posts on here about Lake District hikes/activation and viewing the many photos of - well mainly fog and rain, I’ve decided I’d rather just put up with my GM sunshine and the odd midge!

Have a great weekend All! I may catch any Sunday activators if I get up a hill.

I have NEVER come across the odd midge. They travel (and feast) in thousands!

It was a bit better (dry) later Phil, and thanks for the contact! 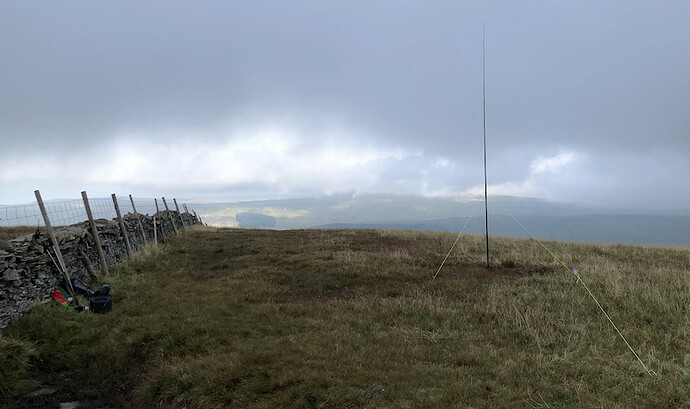 Having spent what seemed like an eternity in the M6 roadworks, I stopped off for a quick activation at G/NP-015. Tried out my build of Stephan’s 7 band EFHW which worked OK, but 20m didn’t seem that good later in the afternoon. Nice to make first contacts on 60m though!

Unfortunately somewhere between my brain and where the morse paddles plugged in there was a disconnect. It had been working ok at home, but on a summit I could hear what I wanted to send, but what I ended up with was all the right dots and dashes, but not necessarily in the right order

Apologies Guru! I just about managed to struggle through a s2s with @DK2RO but it wasn’t my finest hour. Let’s hope for less embarrassment tomorrow!

Well it’s rather murky and damp up here at the Kirkstone Pass this morning, so I’m just brewing up a flask before setting off. Hopefully cloud will lift a bit during the day. 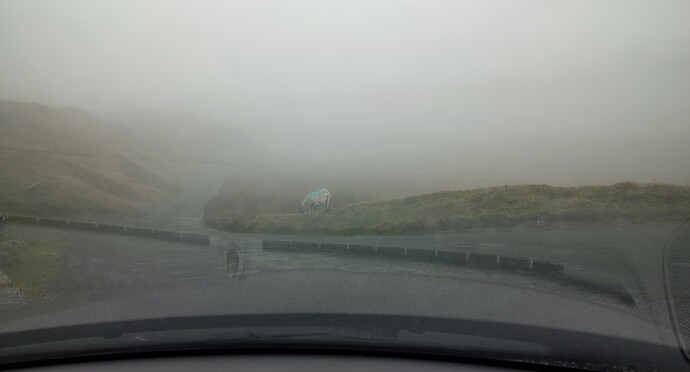 Top of Wrynose this morning. Windy too. Don’t think the sheep are too impressed. 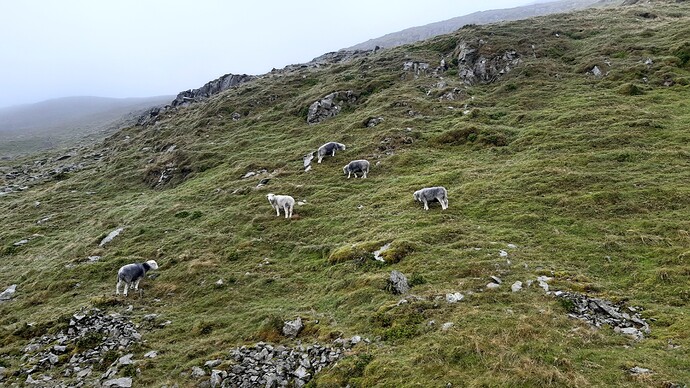 Damp on the way up St Sunday Crag! 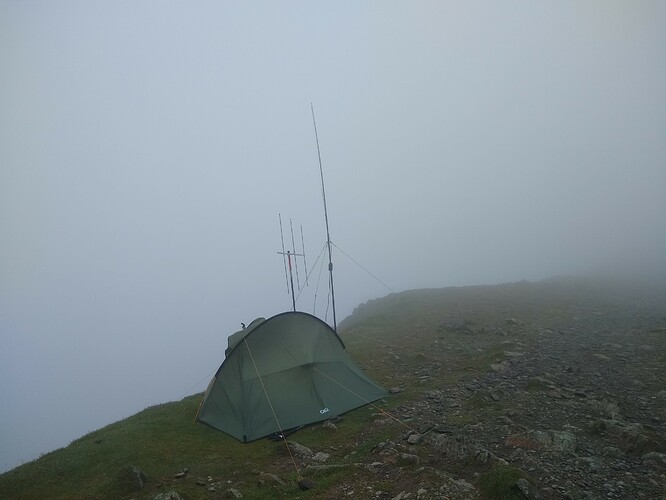 Home.for the day (Helvellyn). A bit close to the edge, but it was the only bit of flat grass I could find. 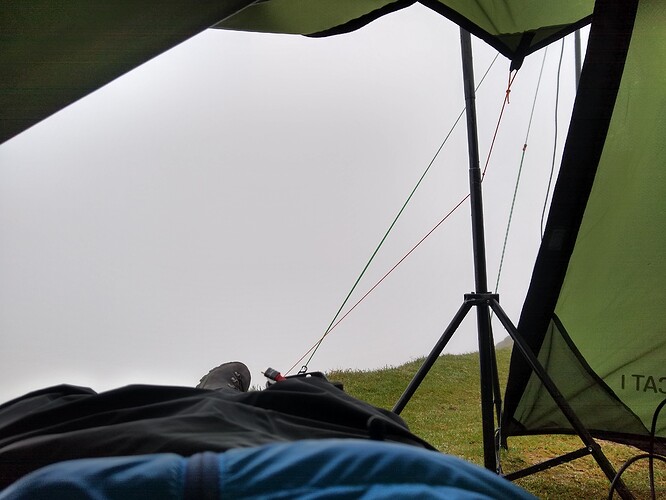 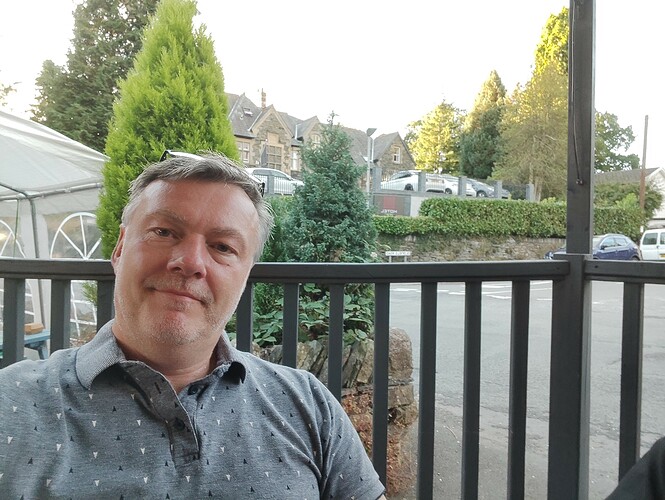 Sat outside the pub.

Thanks for the 2m vhf chaser points Dave M0JKS and well done for braving the elements. 288.5km.

Sat outside the pub. 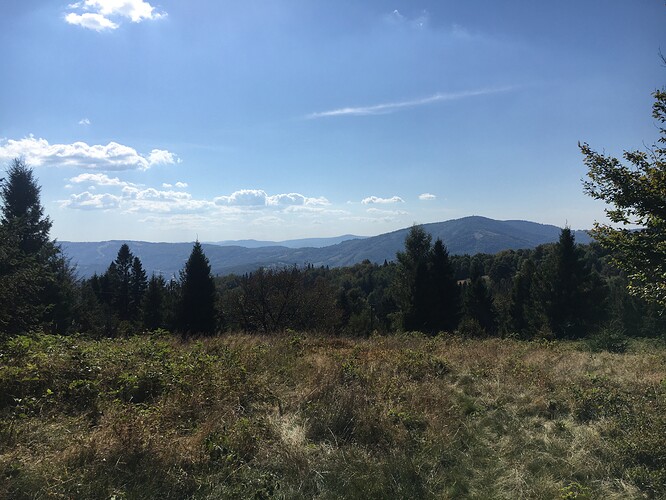 Have a good night guys - sorry I cannot join you. Will see you on 2m tomorrow again but from Scotland.

A very productive day chasing from 1165 feet 7 miles NE of Thirsk. 41 SOTA/WOTA QSOs including plenty of G/LD Weekenders on HF and VHF plus sundry EU SOTA stations. This was my “shack”: 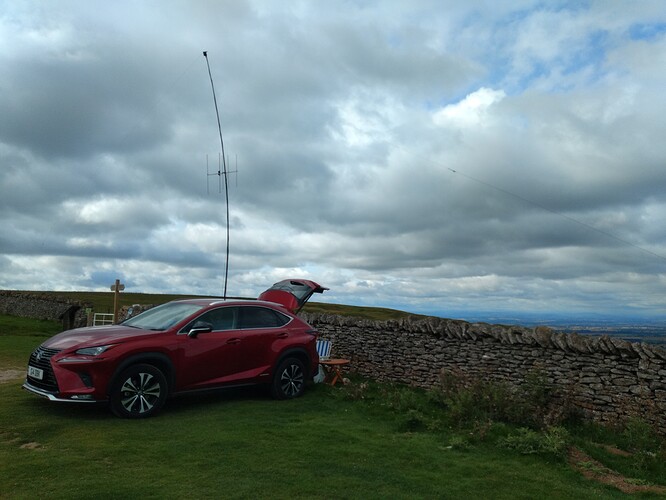 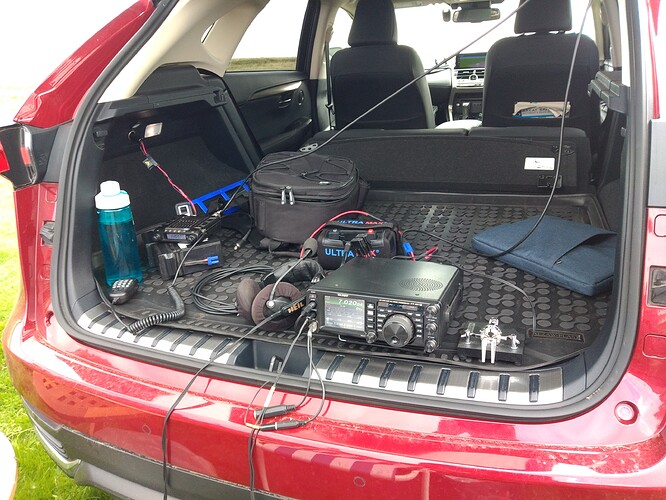 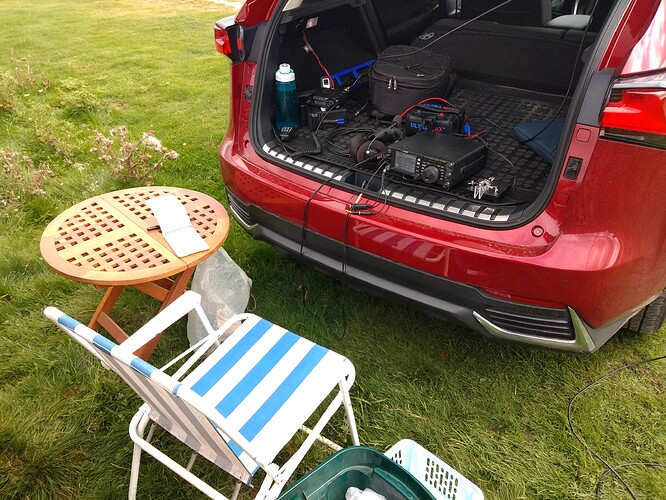 Pity I wasn’t on an actual summit, but I needed to save myself for two hard days ahead in GM/SS and I wouldn’t have been able to carry as much grunt if I had been…

Saturday
Wet and mizzley on Cross Fell G/NP001 for the second time. Neglected to add Buffalo jacket and over trousers in time so my arms and legs got wet and very cold. Apologies to the chasers on 30m my Morse was pathetic as was my writing in my log. My fingers simply refused to move or hold a pencil. Had to pull the plug…
Did manage 5, S2S and qualified on FM and CW, but that was a long way on the mountain bike with a very heavy pack.
Must try harder. 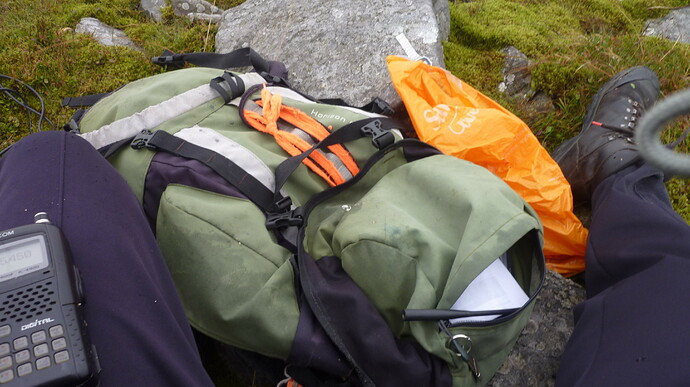 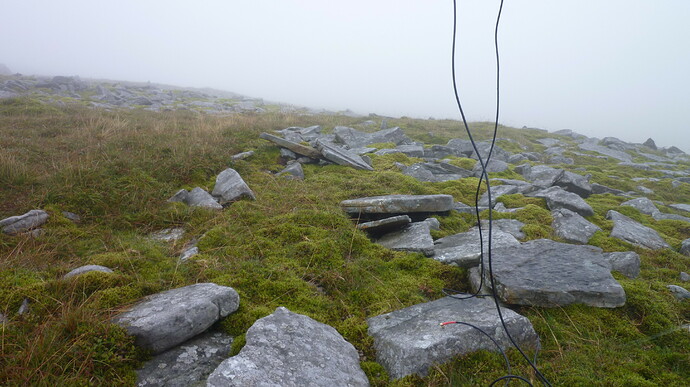 Today was very 2m FM centric, understandable given the Inclement weather many of us had [I’m still drying my kit out] and the need not to stay too long at the summit. With the prospects of slightly better weather Sunday I hope some of you will consider other modes [SSB, C4FM, CW] on 2m and 70cm and 6m if you have it. I’ll be taking a FT817 and FT1D to cover these modes. I’ll be sticking with the J-pole vertical and leaving the Yagis at home.

Hope to work most of you Sunday.
73 Andy