It looks like this Christmas holidays, is going to be the perfect time for me to recall last summer holidays and write to you about the SOTA activity I did last July and August in EA1/CR area.
Any of you can do that, should you have the chance to be there some days, as most of them are drive on summits and those which are not so, only require a short and easy hike. 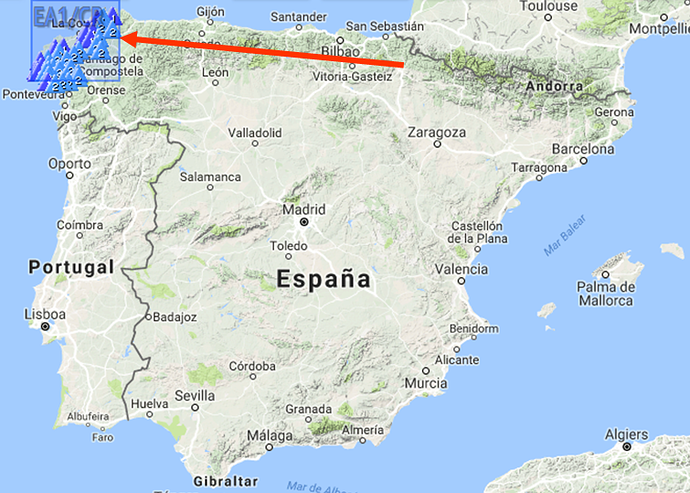 Here you’ll see the summits and dates I activated: 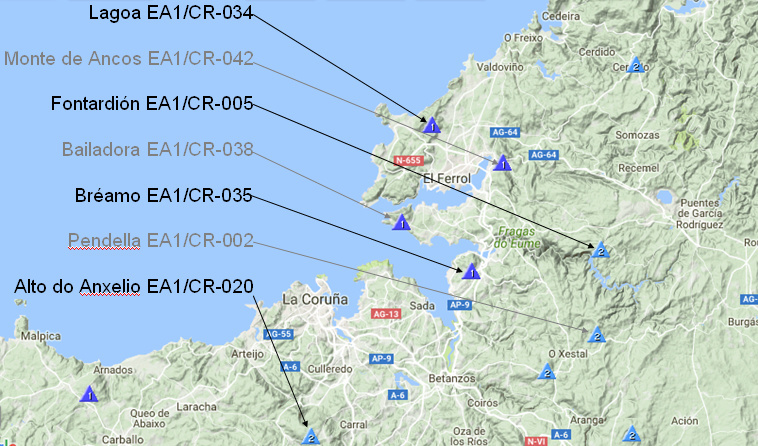 The first summit I activated was Mt. Lagoa (EA1/CR-034).
There must be several ways to get there, but the way I always do is driving the AC-116 from the city of Ferrol, then taking the road to the left in the image below at the point whose coordinates are shown. Right by the letter “E” in “Estrada de Catabois”. 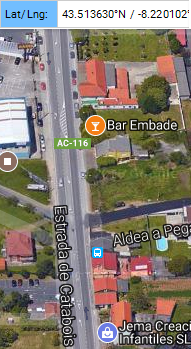 It’s a drive-on summit as long as you have a 4x4 or you don’t care much about scratching a bit the sides of your car with the bushes, have a good clearance car and some basic skills with driving on mountain tracks.
You can always park somewhere on the way up and do the easy hike to the summit on mountain road, which turns at one point into rough gravy dirt road and finally into mountain, sometimes very muddy track.
I’ve been several times to this summit, even before listenning about and getting involved into the SOTA program and it’s a place where I have had very nice times playing radio.
It was a very pleasant morning this time and I spent almost an hour and a half enjoying the sunshine and the contacts on several bands/modes, including 5 S2S.
This is the full log of that day: 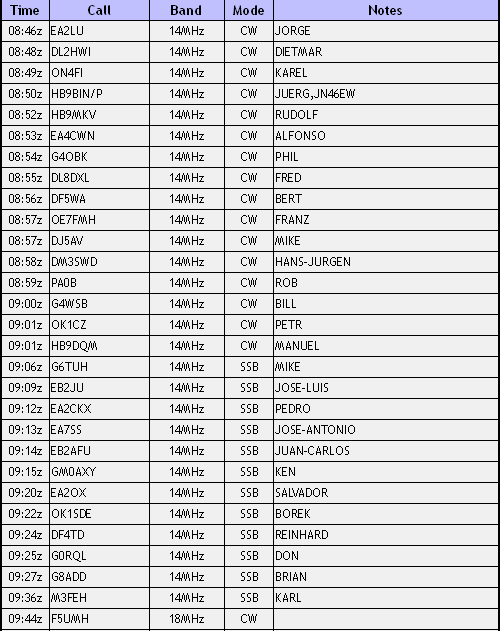 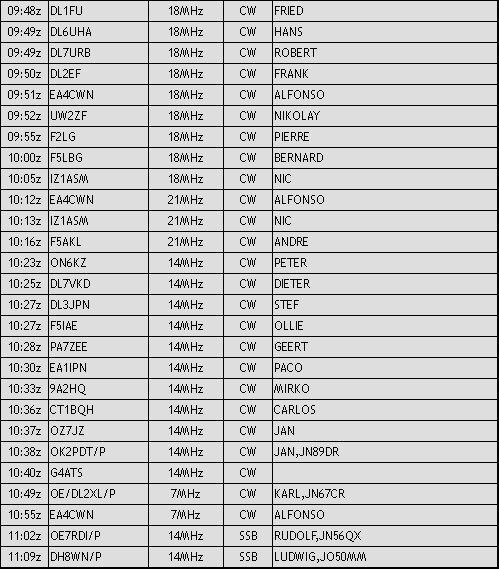 Second summit I activated was Mt. de Ancos (EA1/CR-042).
This is an almost drive on except for the last nearly 40m in elevation, which have to be inevitably hiked in just about 3 to 5 minutes.
I parked the car at the point whose coordinates are shown in the folowing picture and hiked to the highest point. You’ll immediately see where to hike to. 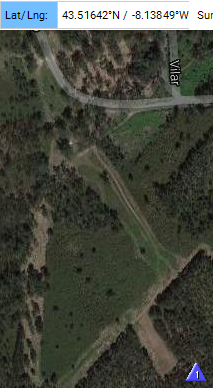 This summit doesn’t have a trig point, cairn or anything, having lots of helpful bushes to get the fishing pole in vertical position.
I again had a very pleasant time of a bit more than an hour and a half playing on several bands/modes. Here is the full log including 4 S2S: 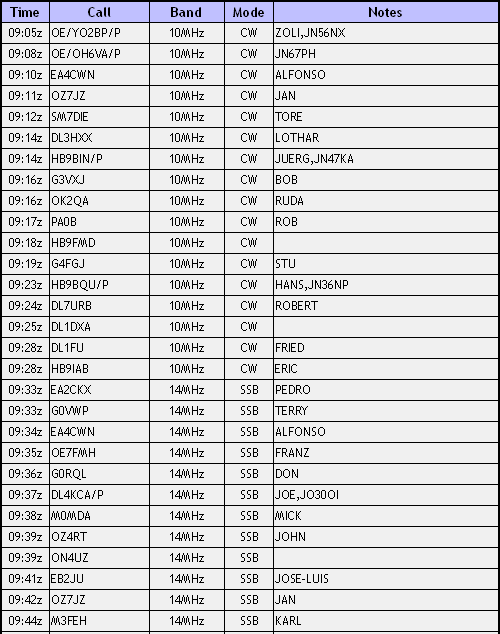 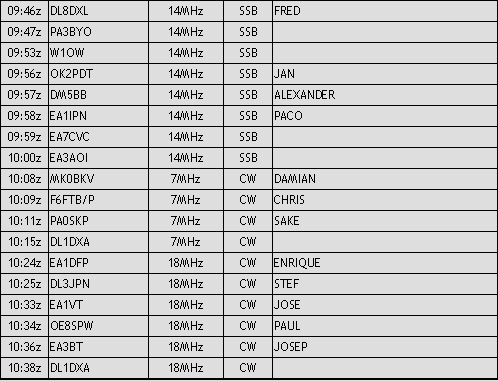 The third activation was Mt. Bailadora (EA1/CR-038)
This is purely a drive on, as this is quite an interesting place for sighseeing the beautiful views of the natural harbour called “ría de Ferrol”
I spent about 45 minutes activating this time and this is the full log, which didn’t include any S2S. 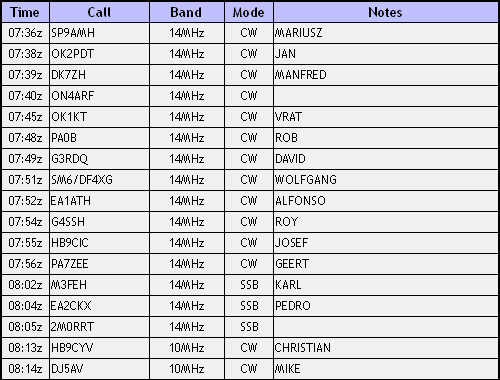 Fourth activation was Mt. do Anxelio (EA1/CR-020)
It’s not far from the capital city, A Coruña, to which airport I had to drive my wife for an early flight that morning. I took advantage and before returning to our vacation home with the kids, I performed a nice SOTA activation.
This one is also a drive on summit, although the final part has to be carefully driven on mountain tracks and again a 4x4 or a good clearance car with some basic skills about driving on mountain tracks is advisable.
Once at the summit, these were the nice views of the coast line with beatifully colored sky before sunrise. 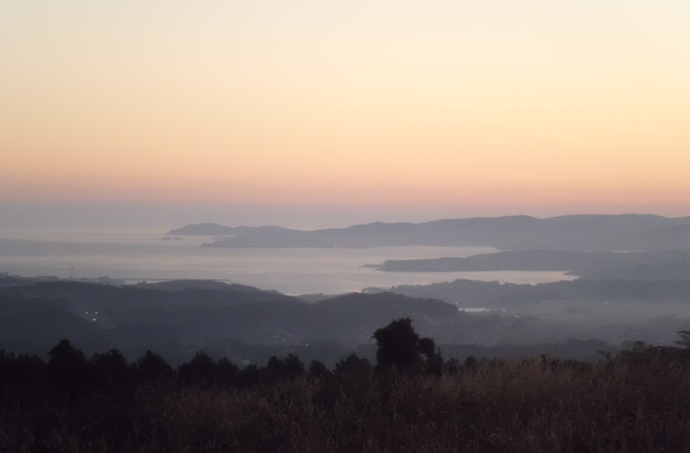 Just a bit more than an hour on the air produced these QSOs, being the second of the day a great DX with VK7CW on 30m. I felt really well and satisfied after that… 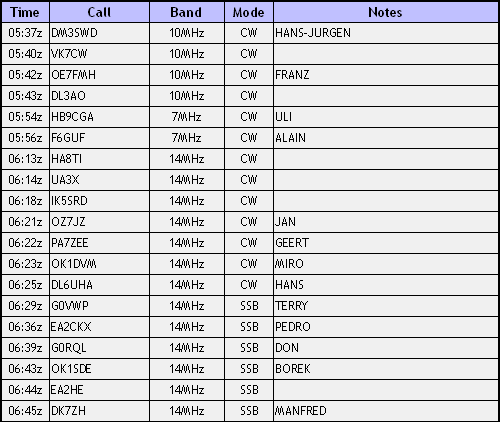 The following day I activated Mt. Bréamo (EA1/CR-035), which is another drive on summit with a nice restored XII century ermitage at the top. 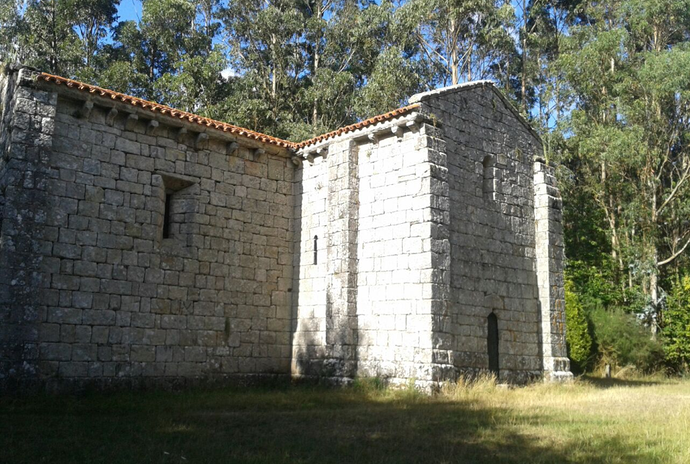 This was my 2nd activation of this summit, being the 1st one last year. As it happened to me last year, conditions seemed extremely poor and I only managed to log very few QSOs.
The nicest part is that I managed to S2S QSO with my friends Alberto and Iratxe while they were activating in Denmark.

I activated this summit a few days later and again got the same results of very few QSOs on the log. I don’t know yet if it’s something related to highly absorving RF ground in this mountain or the fact that I activated in the afternoon-evening and there may not be many chasers around at that time in August. The fact is that the few signals I’ve always copied from this summit were much lower compared to what I was copying from other summits in the area those days.
This is the short log of this second activation:

On the 5th of August I activated Mt. Fontardion (EA1/CR-005), to which summit you can get with a pure Jeep type 4x4 vehicle, but not with, for instance, my AWD Ssanyong Rodius.
After arriving through the road DP-1802, I parked the car at the point whose coordinates are shown in the following picture and then hiked the easy track for around 20-25 minutes to the summit: 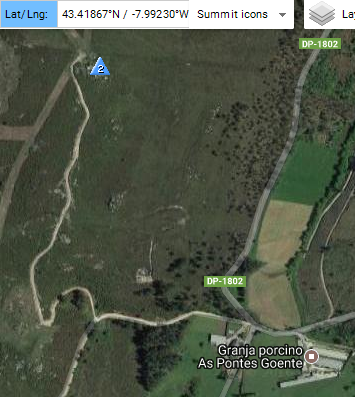 This is a picture of the summit taken during the ascent where you can see the easy track and very gentle slope. 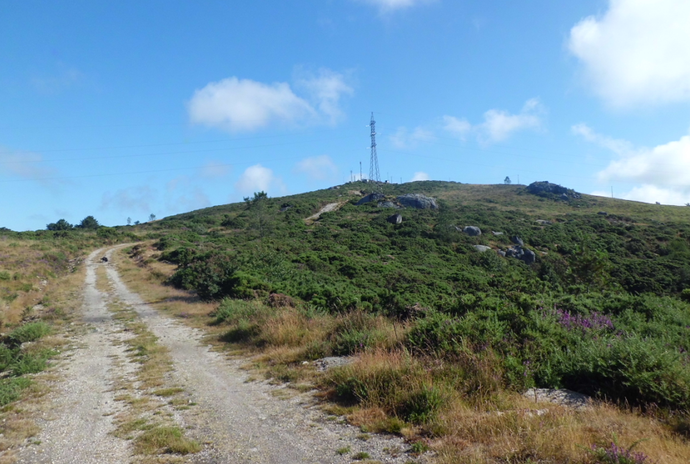 After an hour and 10 minutes of activation, this is the full log, which included 2 S2S. 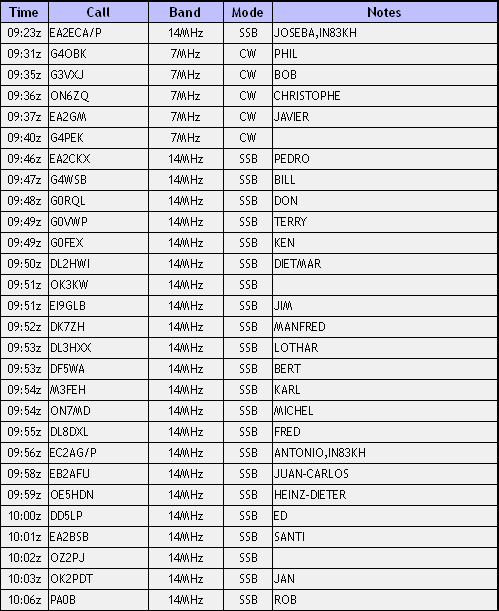 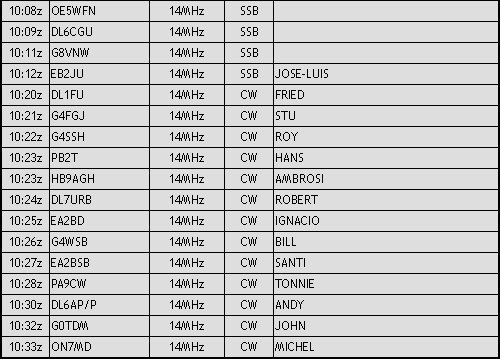 I had previously activated all of these summits and
on August 7th, I finally attemped a new summit for me called Mt. Pendella (EA1/CR-002).
It’s another drive on and I only had to hike the very last 5 minutes or so to the trig point. 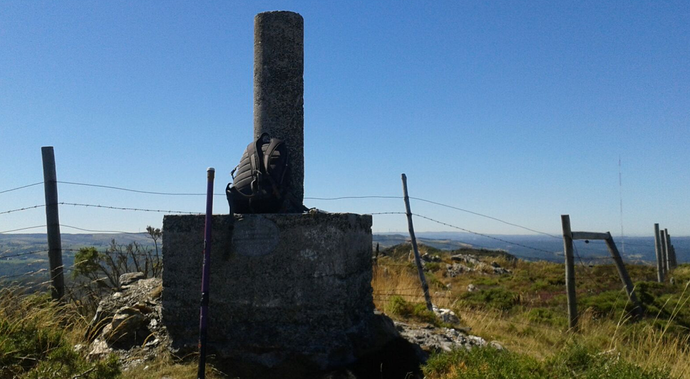 The day was sunny and the temperature was very nice, as expected for an August 7 in Spain.
After a bit more than half an hour operation, this is the full log, which included 3 S2S 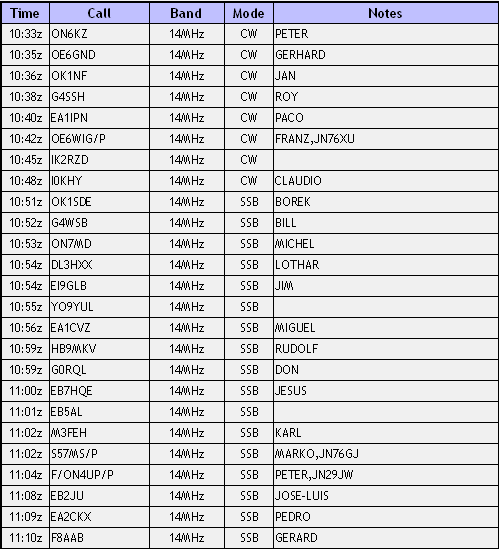 I hope you liked this report and you find it helpful as to come over some day and activate some of these summits.