Wintery day today on Aran Fawddwy.
Only had chance to do five contacts before the freezing conditions got the better of us. But I don’t think I left anyone on the frequency as I called a couple of times after the last QSL.

Must be more than 20 years since I climbed Aran Fawddwy and the last time was from the Bwlch y Groes in the east. This time Sue and I came in from the west starting at Esgair-gawr SH 815 224. Parking was at a large layby associated with a cattle grid as SH 815 222. There is plenty of room to park without obstructing the cattle grid.

The initial path leaving the road is well marked, but almost straight away you are pretty much “on your own”. The ability to read a map properly is important.

The bog starts pretty much straight away and continues in that vein for most of the walk. Lots of stiles and gates, plus some small river crossings bring you to the open hill side at SH 837 221. At this point the map suggests that a public footpath continues a short distance south east, then continues beyond as a “not public” footpath. Ignore this, it leads you into even more massive bog! Instead it is better to go due east from the last stile for a couple of hundred metres which will allow you to contour above and around the worst of the bog. But you can’t miss all of it, you will find plenty more on the way to reach the south ridge of Aran Fawddwy somewhere around SH 855 215. The snow started to get deep at this point (around 700m above sea level). At this point you can now simply turn north and follow the fence line almost to the summit. You will need to cross the fence at one of the stiles higher up as the summit is on the east side. Near the summit the fence line does not follow what is shown on the map, it is more to the west.

We encountered a heavy snow/hail squall as we headed towards the summit, but it stopped when we were nearly there and we even got a view. But the cold wind was strong.

We managed to get into a bit of cover just on the north side and I very quickly connected the dipole to FT-270 and jammed it between a couple of boulders.

I had a bit of trouble getting the first contact, but then they came quickly, including Mick M6FOA in Warwickshire!. Thanks to the five people who came back to me before the contacts dried up. Both Sue and I were rapidly getting cold and another heavy squall decided to come in. So it was a rapid pack up, followed by a descent head on into the blizzard that persisted for about half an hour.

We returned following our outward route, with head torches needed for the last km when darkness enveloped us at about 17:00. Just as we reached the road some spectacular lightning was seen to the north, but no thunder, must have been too far away.

Pictures and a video here. 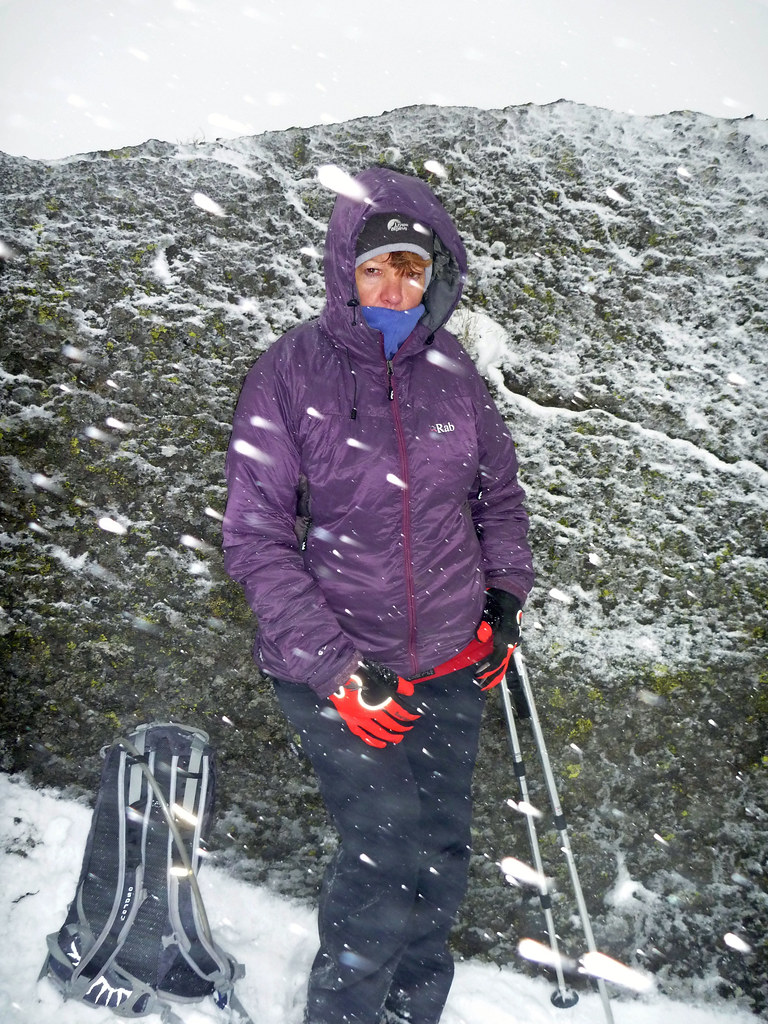 A fabulous winter hill day, with some good contacts made quickly from the top.

In reply to MW6AQU:
Thanks Gerald,
Enjoyed your report. Great pics & vid!
73, John.