Smash and Grab in Rogers Pass: More stories from VE7

After my unsuccessful attempt on Mt. Rogers last year resulting in equipment failure and an evacuation, I finally knocked off a SOTA summit in Glacier National Park. This year it was Young’s Peak (VE7/CP-048.) Like most summits in VE7 this was the first activation and definitely not an easy one. Basing out of the Asulkan Hut in Rogers Pass, we skied up to the headwall below the summit then boot packed the final 200m up wind crust and faceted snow to reach the top. The temperature was -20 C before windchill and there was a strong breeze that day. I was given a 20 minute window to operate, and the SOTA chasers absolutely came through!

My radio kept shutting down due to the cold so this was very much a smash and grab affair. I could hear other stations but regrettably had neither time nor battery power to respond to them. With any luck I’ll be activating again from VE7 and conditions will be more favorable to working a pile up. For winter activations I’ve found that an EFHW antenna is much easier to set up and tear down than a dipole, especially with gloves on. This one is based on the Pico EFHW tuner from SOTABEAMS and and it all fits on one medium sized wire winder. Fabulous. 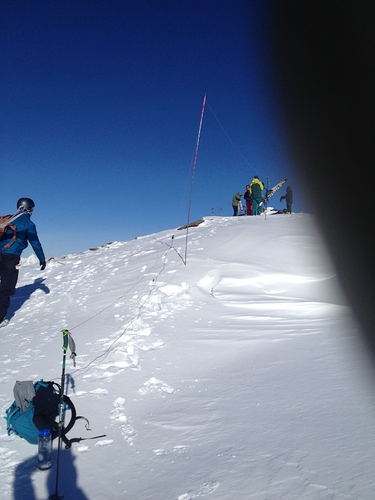 For yae, this is the only photo from the summit. Note EFHW antenna and my thumb. 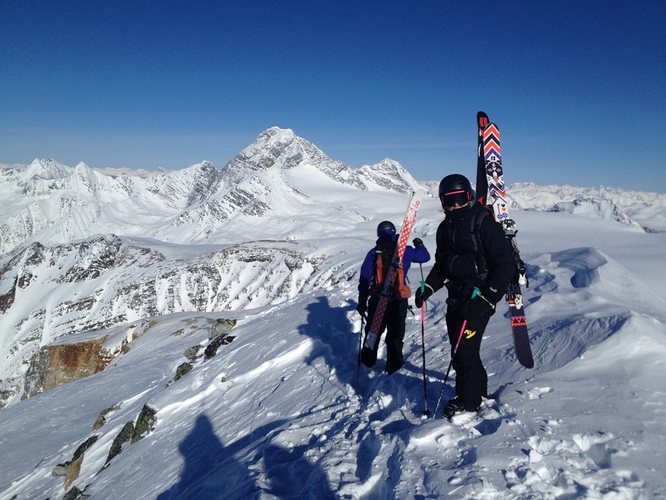 Getting down from the summit was even more sporty than getting up. We traversed the ridge to the north of Young’s Peak towards Lookout Mountain, traveling over wind blasted snow and rocky ridges. Pausing to look into the Forever Young couloir, we decided to descend via The Ravens instead and found softer snow with less exposure. 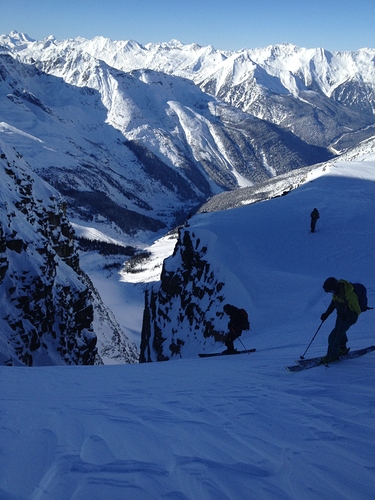 Peering into the Forever Young couloir 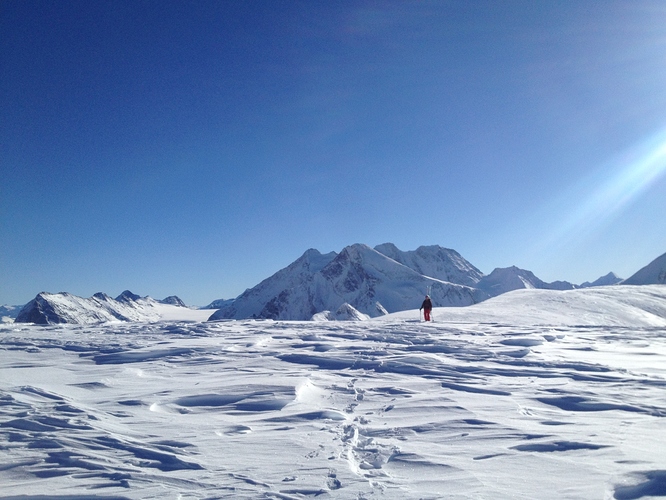 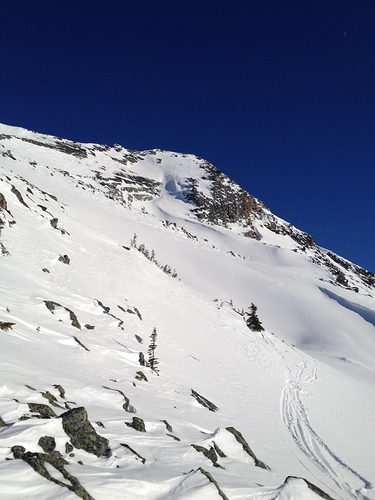 A big thank you to Gary W0MNA, Martha W0ERI, Matthew KA9BBQ, Dennis WA2USA, and everyone who attempted contact with me that day! I’ll try to linger a bit longer next time.

For a full trip report and more pictures, see the blog: https://summitsandradios.wordpress.com/2017/02/22/smash-and-grab-in-rogers-pass-youngs-peak-ve7cp-048/

Great report and pictures John! It appears you had great weather for your activation. I hope to do a S2S with you someday. Good luck on your future adventures.

My radio kept shutting down due to the cold

Getting down from the summit was even more sporty than getting up.

What a cracking day out! With or without SOTA! Very envious.

Thanks for sharing with us such beautiful pictures. Amazing views and day out in the mountains.
You well earned your points plus the winter bonus.
73,