Hi All, Must admit this report is going to be shorter than expected, as you will realise as I go on!

Saturday 30th April 2022: G/WB-002 Brown Clee Hill
We had booked a 2 night stay over in Ludlow for this 3 summit activity weekend, Friday to Sunday. Everything to do with S.O.T.A. had been planned for weeks, so all batteries and handhelds fully charged. We set off in plenty of time, after a weetabix breakfast, arriving at the Park Spot @SO 602 877 in plenty of time. Knowing this route was longer than the previous time back in 2009, and a constant uphill calf busting challenge for me anyway. 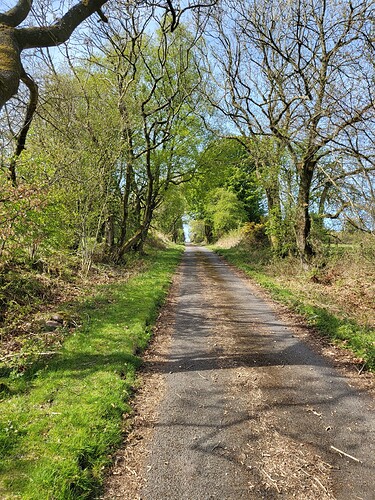 I was slowing Elaine down as usual on this route, but eventually reaching the Cattle Grid approx 75% up just where it starts to level, we rested had a Banana and a big splash of H2O before we continued towards the summit masts. We noticed that the summit was quite active with Muggles and Dog Walkers, and there was an engineer up here. Last visit I had up here was on my own and in Fog, so today would be the first time I would get to see the top in all its Glory 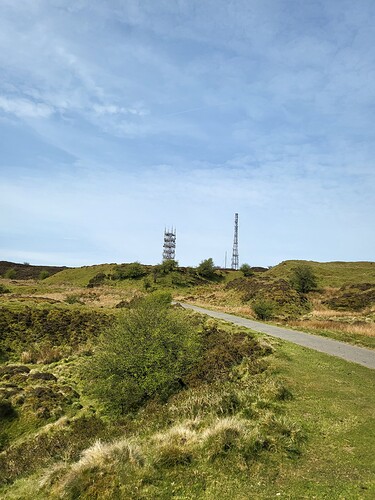 Arriving at the corner of the engineers route up, I spotted a real nice strong fence, that was in AZ and the post would hold my Fishing pole no trouble. Set up my 2m dipole Horizontal as I wanted to kick off on SSB, my Favourite MO. Calling on 300 and then QSY to 310, Rob M0JLA in Hereford was my 1st in the log soon followed by Rich M0RHK for a 2nd. Calling to no avail? I answered Tony G4DEE CQing from Manchester and explained I was up a S.O.T.A summit and he gave me no:3. No other takers on SSB, The internal battery on the FT818 was starting to flicker, so I decided to try FM, but using my FT3D. No Takers again on FM until I heard Steve on a field day event with the club call G1ORC, just managed to swap reports before the Jamming signals from the Metal Architecture along side me

We had 3 challenges for today, firstly to get to top and touch Trig (tick) secondly to qualify Summit with 4 contacts (tick) and finally grab the one Geocache that is on the summit (tick)

We took our time going back down the same steep track back to the car, the downhill steps snagging my right Knee more than on the way up. We headed back to Ludlow and visited our Favourite Tearooms (Carvels) for a brew and a couple of Egg Mayo Sandwiches Lovely !!! 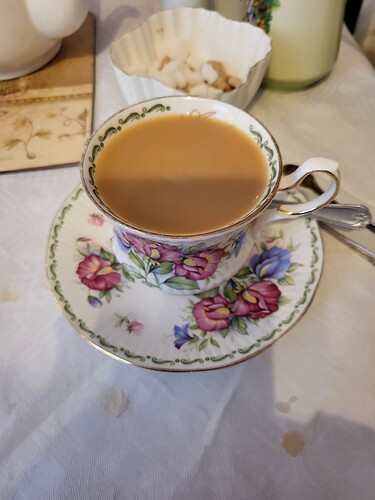 Today was the plan to complete 2 summits, with the second being on the way home. We again left in plenty of time, but more on the clock here with the other summit on a alert for lunchtime. Arriving at the Park Spot @ Quarry in very low and very thick Cloud, closer to Fog, with poor visibility. Followed the same obvious walk up only just able to see our feet and a small amount of the path ahead, we gingerly got into AZ. Decided on HH only again, bad mistake I think as “No Takers” after 25 mins of shouting on 500?? guessing it was the poor WX we decided to call it a day, with no log at all. 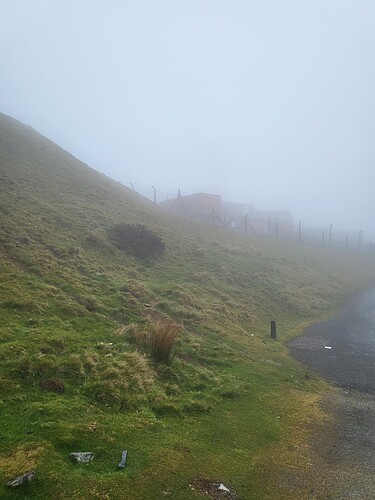 We got back in plenty of time to cancel my alert here and head off to Craven Arms as we hoped we could visit the Mammoth Centre, to collect a toy Mammoth for Ted, Our Grandson. We also enjoyed some Tea & Toast in the cafe before heading over to Church Stretton for our next one. 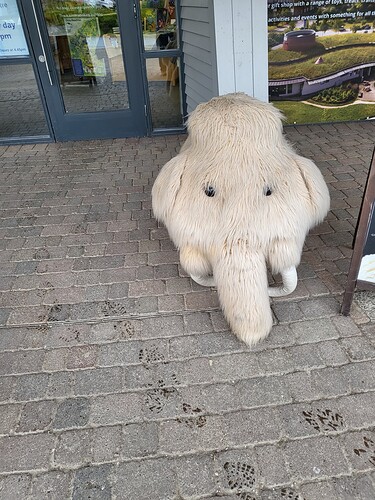 I remembered from my last visit here in 2009, that the route out of Church Stretton, was a cliff edge narrow track in places. So we gingerly headed over the Mynd and managed to arrive at Pole Cottage Park spot, just as alert time was active. Misty here on the short walk on the grassy area , started calling on 500 as we were well in AZ, again very confused “No Takers” . I know its not the FT3D as I had spoken on it to a few people from my back Garden at home??? Time was getting against us, so we decided to cut our losses and get back on that Cliff edge route back to Church Stretton to pick up the A49 towards Home. By now I had got a flare up of my Fatigue, so Elaine took over the driving, Glad she was around today especially!!! We stopped at the Midway Truckstop just south of Whitchurch as there was a Motorbike Rally on there.
And of course just to add a further food report for Tom M1EYP we both had a bacon butty and nice hot Brew!!

Thanks for all who took my call on Brown Clee Hill, at least I got 2 points from the weekend and re-visited 3 of my favourite Welsh Border Summits.

I DONT KNOW WHY MY PICS HAVE TURNED OUT LIKE THIS , any ideas Andy??

Samsung Android?? transferred to my Mac before uploading??

I knew there’d be some kind of Jobsian Reality Distortion somewhere in the process. i.e. something Apple doing it Apple’s way.

View your post on your phone and copy the files into the article raw from the phone and see if they at least come out the right way. They’ll need resizing, that can be done when they are at least better framed and displayed.

Something a bit wrong ? I couldn’t hear you from Hereford on each summit on FM, and 5W usually gives over S9 to here …

Hi Rick, ye it was a weird day yesterday RF Wise?? Ive tested the FT3D today and its txing at 4.95 watts??? Tony

Bit odd that I couldn’t hear you - antenna issue maybe ?

Love the drive up from Church Stretton on the Bur Way - it’s fine when it’s quiet but occasionally someone takes a caravan up. I managed to seize up my 2 stroke motorbike on that hill in about 1977 on a hot July day …

Nice report, Tony,
Shropshire caught my eye. Spent some time with the KSLI, in Johore Baru, in 1967.

Hi Ken, Yes I think i’ve used poetic licence for my title, as WB-002 has a Wolverhampton post code but is close enough to SY to include it

All 3 are well in Shropshire