As I visited Riihivuori, OH/JS-056 for the second time on Friday, it has now officially become a tradition to activate it on the last day of September… So there is pressure for next year already. But I really like the part of the tradition that weather is very nice for outdoor activities on 30th September.

I left work one hour early to get a head start for the trip. After five kilometers on bike, I came home, made some sandwitches and picked up the gear. I turned my bike towards the summit at about 12:55 UTC. Last year, I took the shortest route, which includes a 6 kilometer part (both ways) with no separate lane for bikes and other light traffic. With no street lighting, this wasn’t very nice, especially on the way back, when the sun was already well down. This time I chose another route, which is a couple of kilometers longer both ways, but only has a 2,5 km part where I had to ride with the cars with no streetlights. Also the profile of this route had a little less hills. But even on this route, you can see why Central Finland is sometimes called “the Tuscany of Finland”. I missed one turn at first, but luckily that didn’t make too much of a detour. My route on map and the profile can be seen behind this link: http://dy.fi/lp6

Riihivuori is special around here in the way that it is very clearly separated from the surroundings. Most summits in the OH/JS area are quite gentle and 100 meter “prominence zones” can cover vast areas. But not around Riihivuori. When riding up this hill, the 1,5 km road almost goes full circle around the peak and rises over 100 meters in the way. As I reached the base of the summit, I already had something like 33 km behind me that day, so in the final climb I had to walk the bike on two steepest points. I finally arrived at the top almost exactly 1½ hours after leaving home. I put up the dipole and was ready to self-spot at 15:18 UTC.

As the higher bands have shown good conditions lately, I wanted to try that as well. On the other hand, I only have marked lengths in my dipole up to 18 MHz. For some reason, this antenna doesn’t seem to follow the well-known formula for dipole lenghts very closely, so I need to borrow a good analyzer from someone to cover the higher bands as well. But 18 MHz CW seemed to work quite fine and I worked 14 stations.

After the pileup died out, I packed up the dipole to look for a suitable place for VHF/UHF contacts. As I was doing this, I got a visitor, Jussi, OH6KV, who had driven up to test his mobile HF station. His station is car-based, so it’s not suitable for SOTA. We followed a small brown hare to the other side of the summit. Jussi started putting up his station and I called for local contacts on 70 cm and 2 m bands. My self-made 70 cm Moxon seems to work reasonably well, and I got three contacts using it with the VX-8. Not too bad for a darkening Friday evening, I suppose. But there was no luck on 2 meters, I definitely need a better antenna for this band as well.

At this point it was already quite dark so I thanked Jussi for the company and turned my bike back down. The return trip went fine and I was safely back home a bit after 18:30 UTC, which is 21:30 local time. Once again I have to mention how nice it is to have a warm sauna waiting for you after an activation.

So, with 60 kilometers on bike that day altogether, I reached my goal of riding 1500 kilometers in the “kilometer race” between 10th May and 30th September. We’ll see how it goes next summer…

Photos from both OH/JS-057 and OH/JS-056 are coming up once I have the time to organize them.

Here are some photos from Riihivuori: 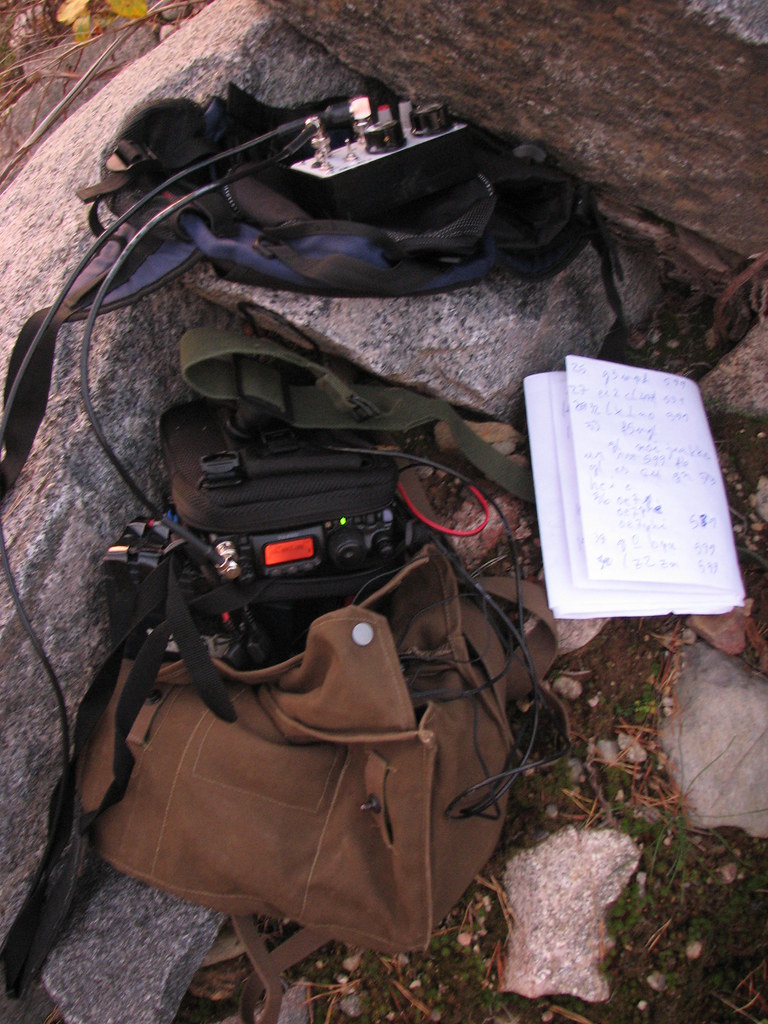 As well as some photos from the Kanavuori trip week earlier: 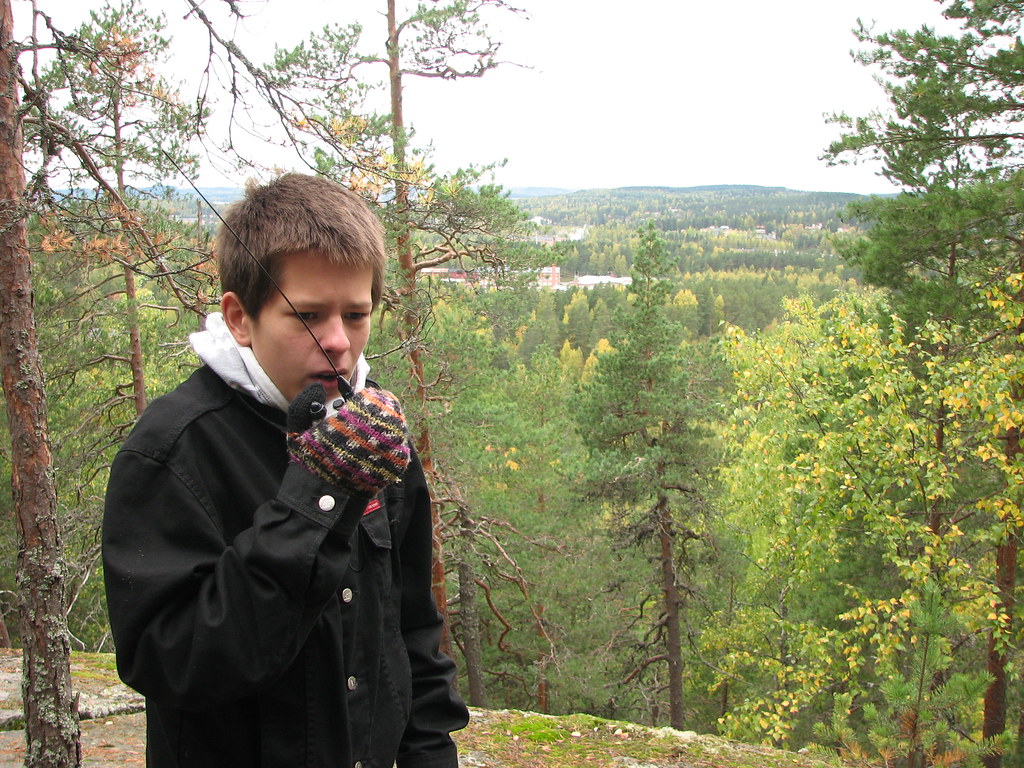 In reply to OH6FQI:
Jaakko - Thanks for the QSO and activation report. Very glad to see my call in photo of the OH/JS-056 log. 73 de Mike, Ei2CL