As the weather report for Thursday 30th September seemed very promising, I decided to try another activation after the fiasco on Saturday. I chose to activate Riihivuori, OH/JS-056 which is located in Muurame, a municipality to the south of the city of Jyväskylä. I left work a bit early, picked up the radio gear from home and started the 21 km bicycle ride to the target.

The weather was as good as promised. The sun was shining on a cloudless sky and there was hardly any wind. The route is quite hilly as usual in Central Finland. I reached the top quite on schedule, but it took some time to find a good spot for the antenna and get it up to the trees. I set my station on the southern side of the summit, as there were more suitable trees there. Also, the highest points and the northeastern side of the hill are a home to a downhill skiing resort and there was some construction going on, so I decided to find a quieter spot. The south side also came with a bonus, a magnificent view over the lake Päijänne.

I was finally QRV shortly after 1500 UTC. HB9CGA was the lucky first and after a few adjustments I had quite a pileup to work on… As noted in the October SOTA newsletter, the chasers seem a lot hungrier now than back in June when I was on OH/JS-057. After every QSO, it took me quite a while to make out even one call from the crowd. After a bit over 20 contacts on 14 MHz CW I decided to quit, as the sun was going down very soon. Before riding down the hill I made two more contacts on 145 MHz FM. I didn’t have a proper antenna for 2 meters, only the stock rubberduck, so even these two were lucky… It’s nice to see that Harri, OH6JYH has become an active chaser since our first SOTA QSOs from Kanavuori. There aren’t that many chasers in Finland, but maybe it will catch up little by little.

During the ride back home, it was getting darker all the time, but I made it back safely. When I was about 30 minutes from home, I phoned and asked my YL to switch on the sauna, so I had a warm sauna waiting for me. It was quite refreshing and good for my sore legs. I can feel it’s been too long since I last made a bike trip longer than 20 km, but maybe the next one won’t be that long from now.

Warm thanks to all chasers and 73,
Jaakko, OH6FQI

Here are a few landscape pics from the summit: 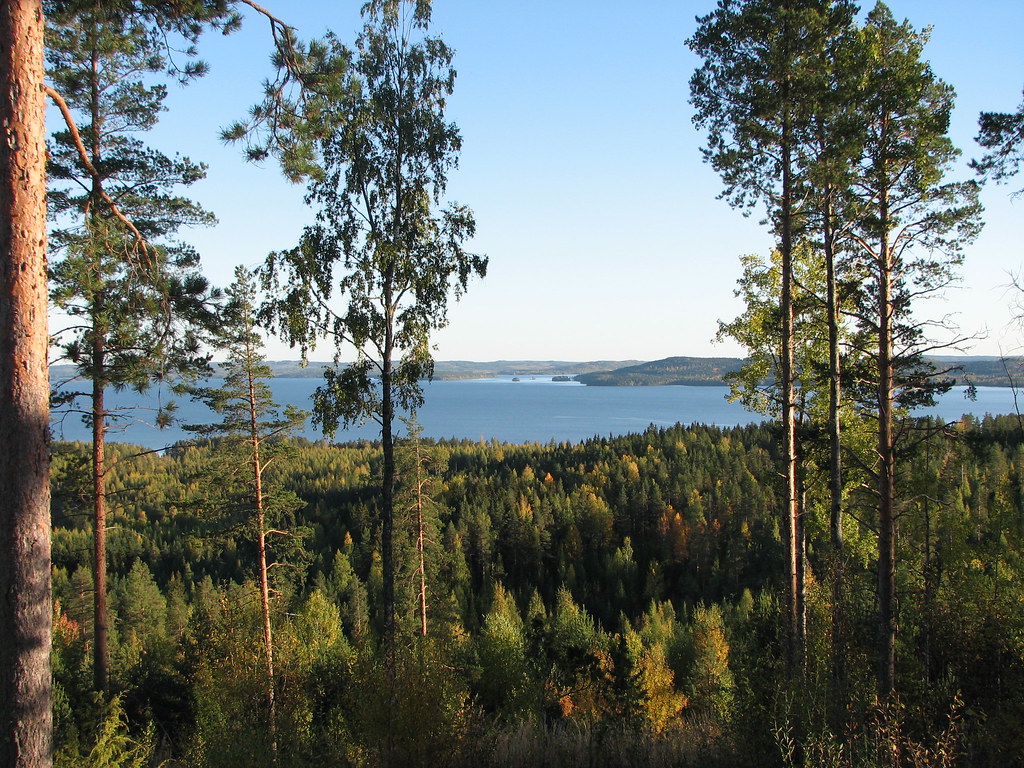 DL8YR, if you’re reading this, there is a small error in my callsign in your log entry.

When I was about 30 minutes from home, I phoned
and asked my YL to switch on the sauna, so I had a warm sauna waiting
for me.

Bravo Jaakko. That sounds like the perfect end to an activation! I am green with envy.

Well done on the 100% person powered expedition and thanks for posting the photos.

Bravo Jaakko. That sounds like the perfect end to an activation! I am
green with envy.

Well done on the 100% person powered expedition and thanks for posting
the photos.

Thanks. After Kanavuori and Riihivuori there is at least one, maybe two more summits that could be reached on an evening activation by bike. Then there are a few more that would take the whole day. But maybe next year, after I’ve worked out a bit.