On Sunday 14th November I plan to take part in the Fell and Rock Climbing Club annual Remembrance of the fallen Club members in 2 world wars. The Act of Remembrance will take place on the summit of Great Gable G/LD-005. at 1100 GMT. Over 100 people are expected to be on the summit.
After the service (about 1200) I plan to activate the summit on 2m FM using the call, GB2GGR (Great Gable Rememberance).

Staying overnight in Whitehaven necessitated a very early start in order to bag a road-head parking spot. So an hour before dawn my 2 friends and I and I set out to drive the 25miles to Honister Pass. Our timing was good and we bagged one of the last remaining spaces in the National Trust car parks that are free to members. At 0740, just at first light, we had boots on the ground and over 3 hours for the ascent (it would have been an insult to be late). Our route followed the Honister slate mine road and then across the flank of Grey Knotts and Brandleth to pick up Moses Trod, an ancient pack horse route, 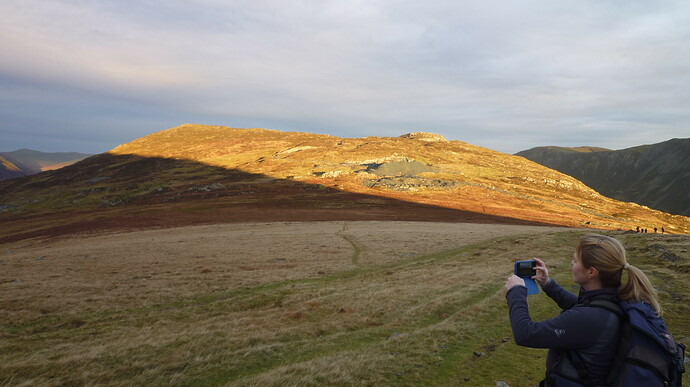 Then followed the slog up Arran Slack to Wind Gap between Green and Great Gable. At this time all paths seemed to lead to Great Gable with many people making the ascent. The final ascent was up up the " chumbly bit" and so to the final summit plateau. 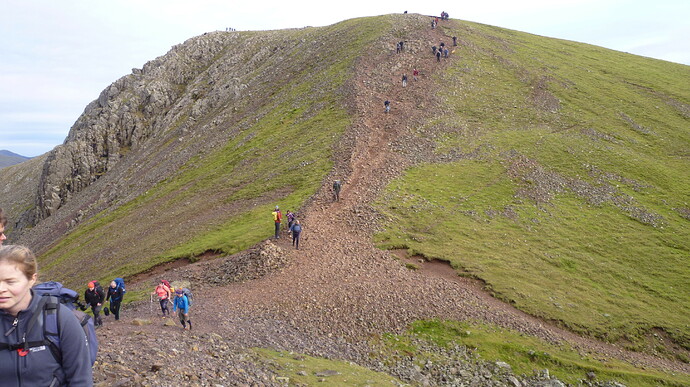 We arrived at the summit cairn at about 0950, well ahead of the main possy. but already there were about 100 people present. The WX was kind to us with a gentle breeze from the SE, temperature about 5C and cloud base at over 4000feet. 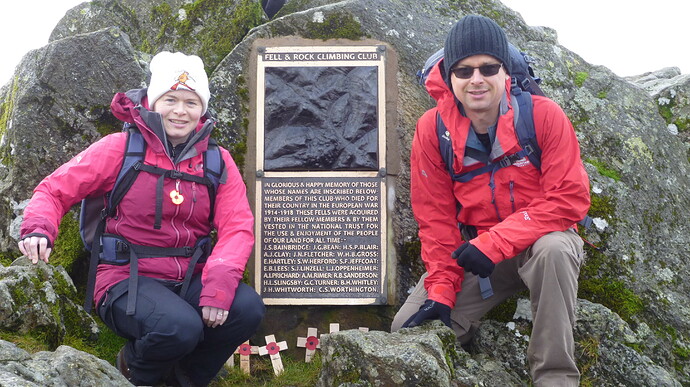 I decided to activate the summit before the Act of Remembrance to save chill time, so I moved off to the SW side of the plateau, away from people, but still well within the activation zone. Here I deployed my HB end fed 2m 1/2wave dipole in my rucksack, IC92D and 40W linear. Using the Special Event callsign GB2GGR I worked 16 stations in 4 countries in 19 minutes. All were pleased to to take part in the Act of Remembrance. We then re-joined the herd of what had now swelled to about 200 people, now gathered patiently for the address. At 1055 the Fell and Rock Club President, Wendy Stirrup blew a whistle to alert people to the 2 minutes silence at 1100. All around me was a sea of people, eating and chattering while standing precariously on the slippery summit rocks. 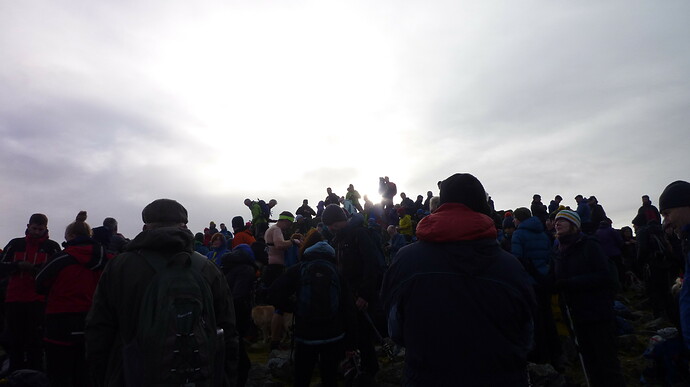 Wendy read out the purpose of the Remembrance, to acknowledge the fallen Club members in 2 world wars, saying that it was non religious, sectarian, military or racial. 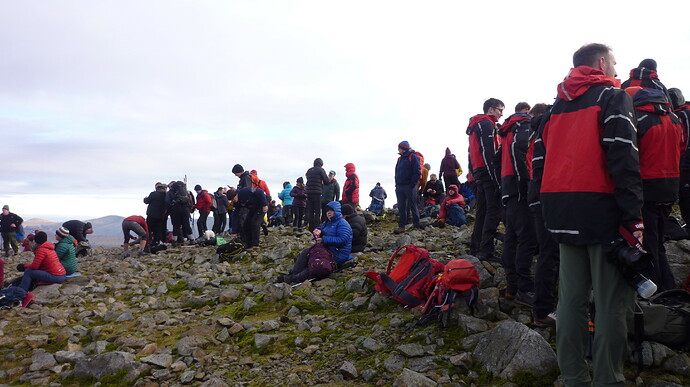 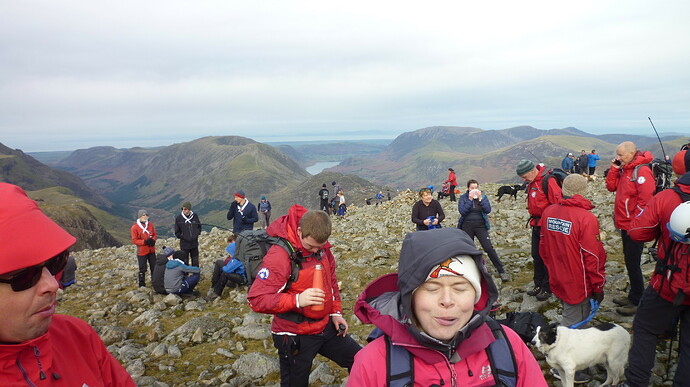 At the second whistle, headgear was smartly removed and the chatter of voices and dog barks suddenly stopped. Utter silence!

It was quite scary and moving to stand on a major summit with so many silent people.

After 2 minutes a final whistle signalled of the end of the silence and within a short time people started drifting off.

My friends and I decided to take the Western descend which turned out to be slow going because it was very greasy, then back to Honister via Moses Trod and the mine road. 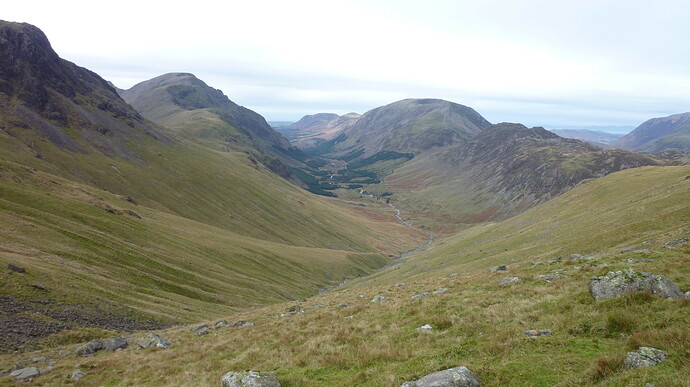 Of course, my thanks for all the chasers who took an active part, but also my apologies, this activation had to be of short duration due to circumstances. I hope you understand.

I still have to make it up there on Remembrance Sunday but it is on my list. Good WX in the Lake District weekend, which is often not the case at this time of year!