Heatwave! Well, you’d have thought that at ‘ground level’ but the 20 mph wind that constantly blew from the East on to the top of Red Screes told a very different story!

With predicted blue skies and warm, dry weather in the Lakes over the Easter four-day bank holiday weekend there were always going to be plenty of folk enjoying the fells. I was up at 5am local and at the base of Red Screes around 5:40am - the ascent takes around 45 minutes and I was treated to a spectacular sun rise. 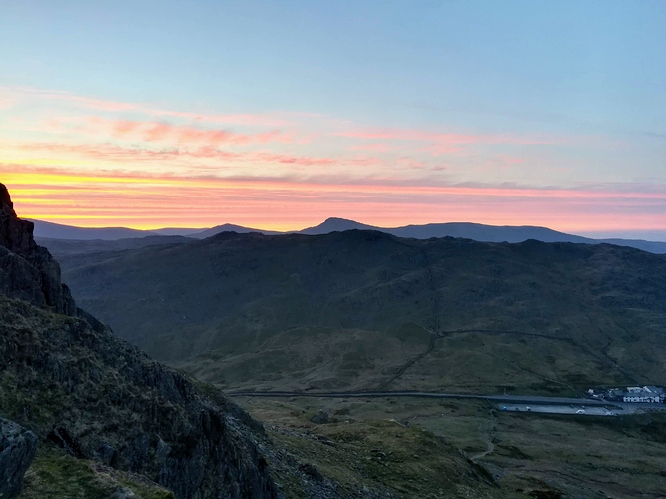 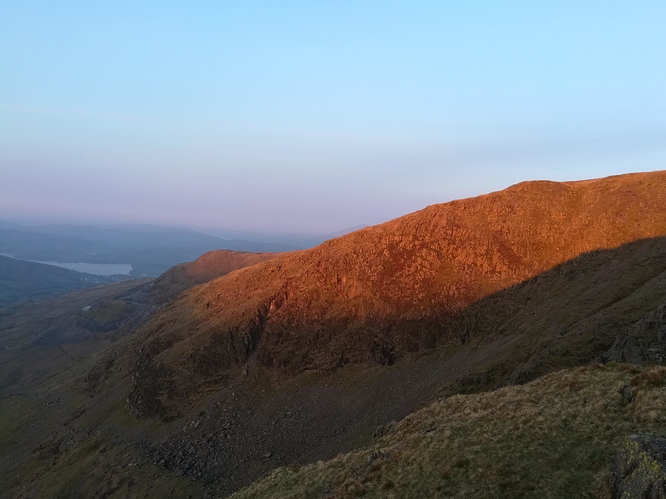 With the chance of ZL/VK contacts I was keen to make use of the sharp drop off to the South East that Red Screes provides. My position was just south of the summit tarn. 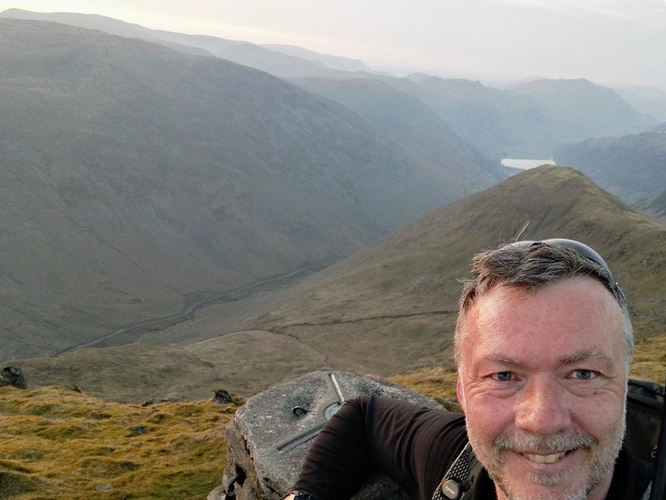 I let Mickey @2E0YYY know I was QRV and jumped on his 40m frequency when invited to work my first two stations: ZL4RMF, Ron in New Zealand - a rising signal culminating in a true 59 copy - and VK7JON/P Jonathan in Tazmania still perfectly readable at 57, although it was slightly more difficult from his end.

Wow! What a start. Having moved to my own frequency Fabio @IK2LEY was first in the log followed by a lot of early risers in the Europe! My first S2S was with Herbert @OE9HRV on OE/VB-494 - 59 both ways, followed by Chris, DL4FO, on DM/BM-379. 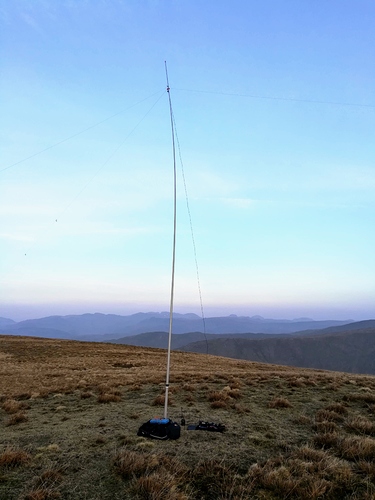 The constant Easterly wind at around 20 mph wasn’t being experienced by the North Wales activators - I almost didn’t take my winter coat, I was really glad I had that as well as gloves and a hat. I think SOTA activators are really quite unique in the clothing requirements for summits. I hadn’t really warmed up properly until I started the descent, and at ground level it was scorching!

When the 40m and 80m activations had dried up I re-clipped for 20m to chase @YO6PIB on YO/EC-367. I will thank Csaba-Zoltán in advanced (his QSL card by the way is amazing) as I then happened across E6AF which was working 7 up split. I’ve not really worked split until a couple of days ago when another station was using it SSB. I’d worked out the fairly easy menu settings on the FT-857 and gave it a go. I got through after a couple of minutes without a clue where they were operating from. The phone battery had died by then. Anyway, I’d happened across a Dxpedition to Niue, an Island near the Cook Islands. It was christened ‘Savage Island’ by Cook himself as the natives greeted them covered in blood! Love it! What a day! 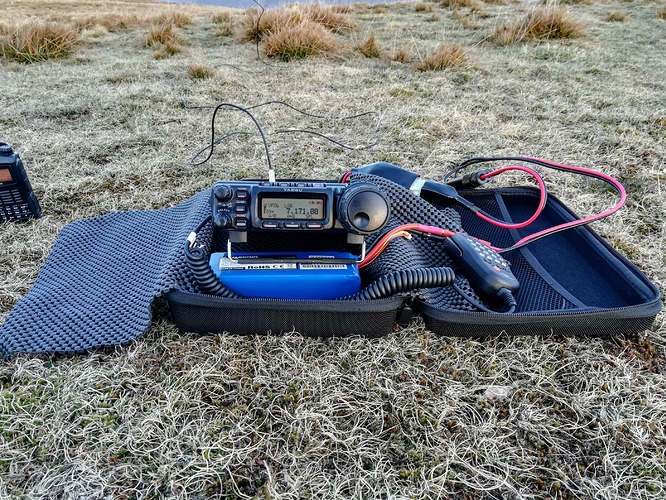 I’d fixed a broken joint in my 8 element coaxial co-linear which therefore made a fresh outing and was bringing in loads of 2m stations, including Phil @G4OBK in Pickering who had a cold and sounded odd both because of that and because I normally work him on HF SSB! MW1HAX/P was booming in from his Snowdon GW/NW-001 activation, MW0BLF/P in the log on GW/NW-004 and then I hung on for Paul who had just caught me /M after his first SOTA summit and was now on GW/NW-035 - last S2S of the day

Thanks to all the chasers, including the ZL/VK stations who were kind enough to persevere to get contacts in the log.

Had a nice chat all the way down to the car park with the keeper of GB7FF, a C4FM repeater in Blackpool, in a net with G7CDA Douggie and G1OHH Sue.