On November 4, our small team left Ufa and headed towards the Ural mountains. Our task was the first activation of the P9U/SO-089 summit. This mountain (Abdrakhmanova) was on our plans specifically for activation in late autumn. At this time, the dense forest on the slopes loses its foliage and becomes transparent. And the dirt on the forest roads is already freezing. The first snow is not a problem for us and for our cars. 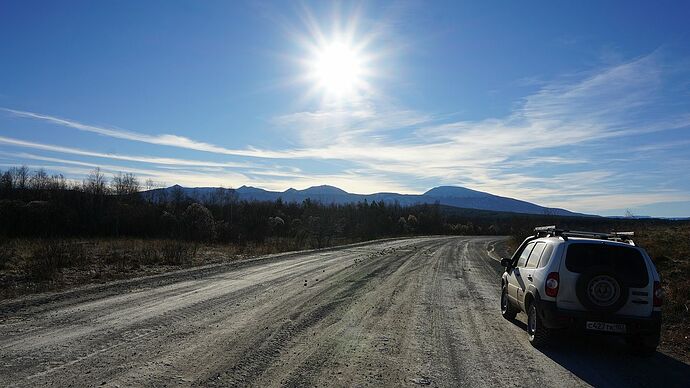 21280×720 156 KB
In the right place, we just turned off the lumber road, straight into the forest.
We managed to find a fairly flat area on the slope for the camp. 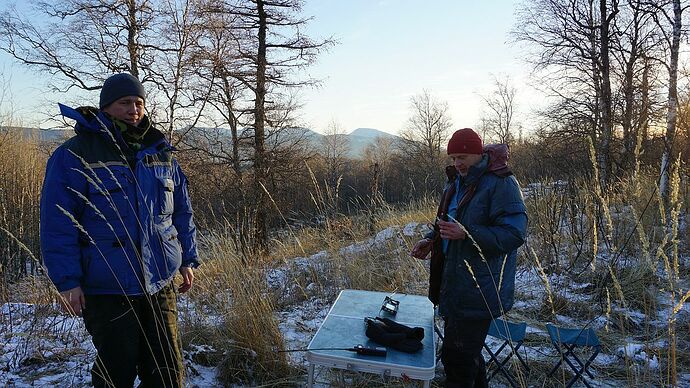 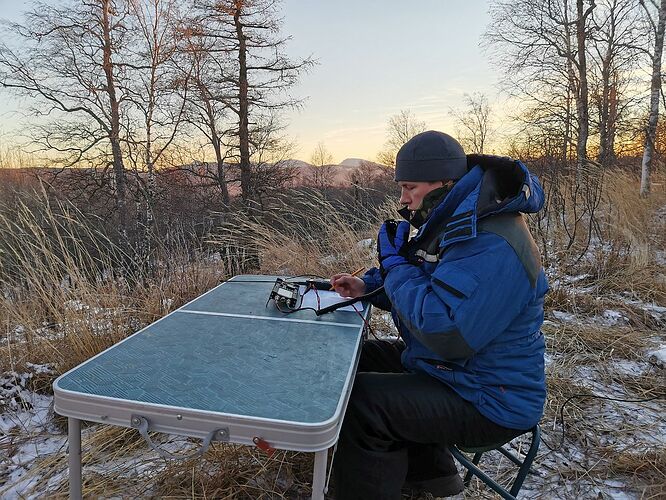 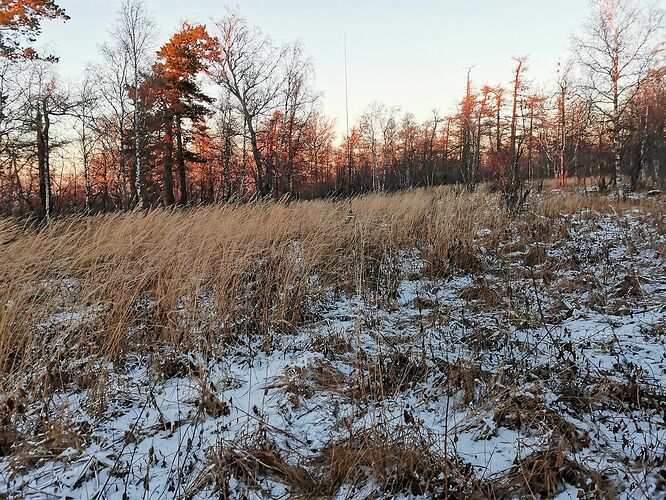 81280×960 486 KB
A vertical on a fishing rod 10 m high and my SOTA suitcase - this is my setup.
The weather was exceptional - a little frost and a clear sky. Only the cold wind made our task more difficult. 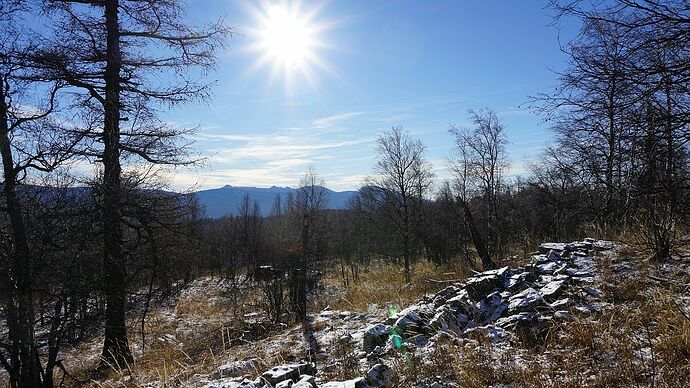 31280×720 315 KB
I was hoping that at 14 MHz there would be maximum activity, and my friends would not get bored on the air. And me, at 10 MHz, i can be satisfied with a few QSOs. But it turned out quite the opposite. On 14 MHz, only a few QSOs each. And at 30m I got a small pileup. I was very pleased to hear old comrades - enthusiasts of the SOTA program. I was also called by quite remote correspondents. There were JA in and once I heard the CE prefix among the pileup. Unfortunately, it was not possible to hear the full callsign. The pace was good, and with 94 QSOs in the log I didn’t even have time to freeze. I tried to go to 18 MHz but it gave QRM to my mates.
Since our camp was not far away, we took a break for lunch. We had lunch and went back to our positions.
Autumn daylight hours are short. Without waiting for twilight, we finished the activation and began to fold the antennas.
The wind grew stronger at night. Sleeping in tents was quite noisy. 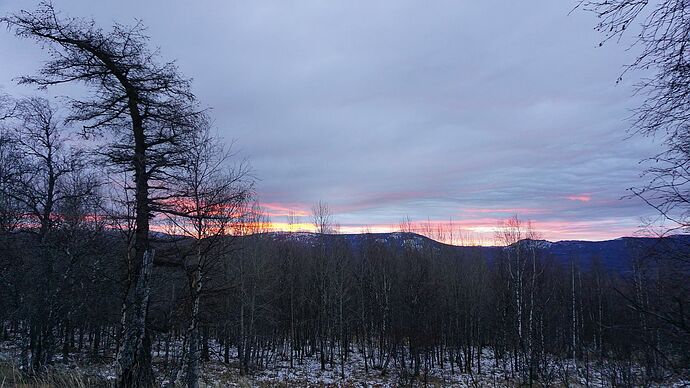 51280×720 196 KB
When I woke up at dawn, I found that the sky was obscured by clouds. And only a narrow strip of clear sky made it possible to see the rising sun. The sun rising from behind the white mountains. 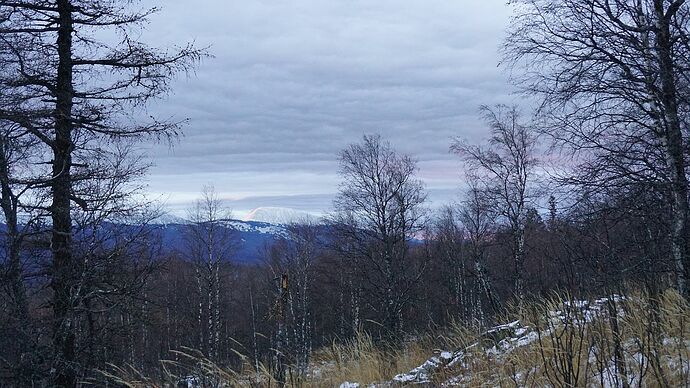 61280×720 254 KB
Without waiting for the worsening weather, we had a quick breakfast, turned off our camp and began to descend.
We will return to these mountains! 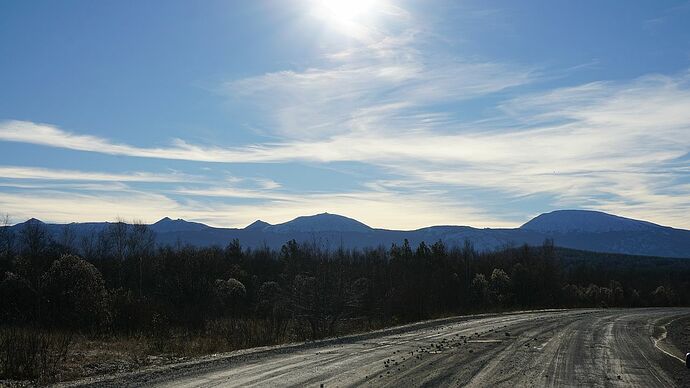 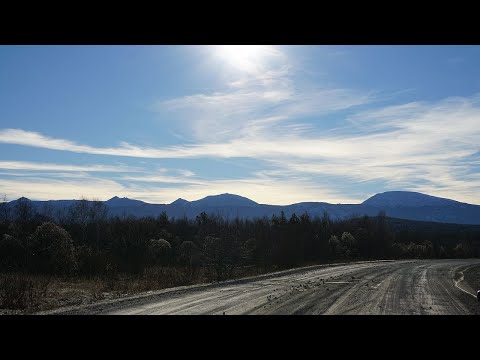 You have a beautiful country and a wonderful way with words. Thank you. M.

I look at the picture of the operator at the table with gloves hat and coat, the snow on the ground, the colour of the sky at the horizon, the gloves hat and coat and think I would find that properly cold. But I bet Alex, Oleg and Vladimir didn’t think it was cold really.

Hi Vlad, thanks for your great report and photos. Enjoyed your video too. Well done.

Thank you for sharing! 73
DF3MC

Andy, thanks for the good feedback. My friends have good winter forest life skills. Equipment is of course very important. But, as you said, the main thing is the right motivation!
73!
Vlad