I have used automotive lacquer or clear paint over a completed board for weatherproofing and then boxed it for mechanical protection. Do not paint the pressure pads. For a really impervious coating try the epoxy paint used for cork and timber floors. Two coats will proof it against everything except a Colt 45 at short range.

Glad you like the pressure paddles. I have been using David’s VK3IL circuit board for almost 2 years now on all of my SOTA activations and it works flawlessly. The only time it messes up is OPERATOR ERROR. Hot or cold, wet or dry it just works and no contacts to clean…Ever. As your CW skills progress I’m sure you will love it. Here is a picture of my version I use for SOTA.
Tim - K5DEZ 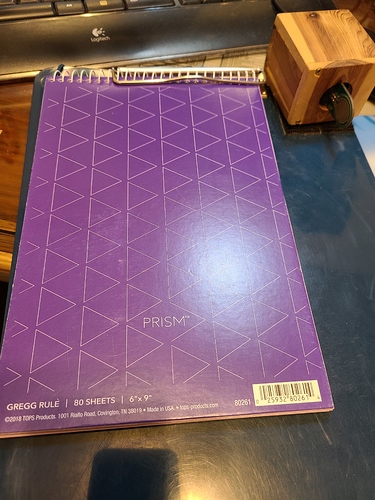 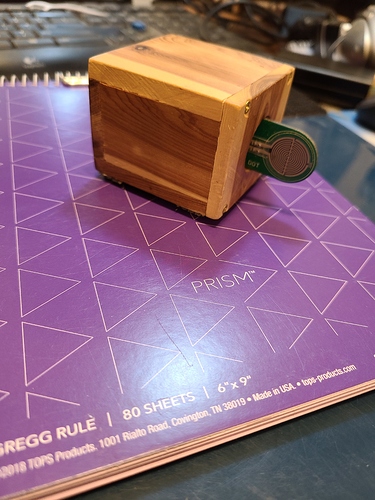 For weatherproofing you can use conformal coating, silicone coat. You can buy it at farnell.

@VK3IL A rather pedantic comment here, it’s not a pressure paddle it’s a touch paddle. A pressure paddle is something different that uses non-moving force transducers of the type that are sometimes found in joystick controllers. Your design is more correctly called a “touch” paddle.

I’ll have to respectfully disagree here

I’m assuming you’re referring to a strain gauge based design as a pressure paddle.
The sensors used in this design are pressure sensitive resistors with a rather non-linear pressure/resistance characteristic, but still a pressure transducer. In contrast, I would call a touch paddle something that requires no pressure, only touch. These type are typically capacitive and are sensitive to RF interference, which is why I designed this version.

The sensors used in this design are pressure sensitive resistors

Hmm… I’ve never heard of those. Do you have a link to something describing how they are made and how they work?

I was in the same thought-space as Colin, I see what looks like a capacitive / restive touch surface in the picture and the phrase “no moving parts” and you immediately assume “touch keyer” which from experience in the damp UK is of limited use outside. However, the resistors are pressure sensitive so must have some movement even if only microns. Had the blurb said “uses pressure sensors not touch sensors” I’d have not dismissed it out of hand.

However, the resistors are pressure sensitive so must have some movement even if only microns

Exactly, based on piezoelectricity (e.g. used in weighing technology) 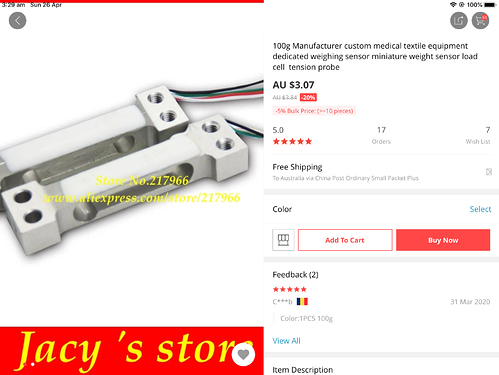 It is a resistive bridge actuated by deflection an aluminium bar sensible to 100g force maximum.
I use an opamp comparator circuit to turn on an off a MosFet for CW keying. 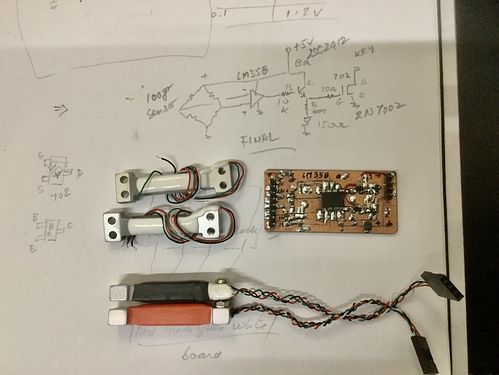 I also agree with David. Here is a Flea-bay link to one of the type of sensors we are using with our keyers.

Trigger: 20 g, triggered, default Resistance <200 kΩ. Not trigger resistance: > 10MΩ. When sensor detects outside pressure, the resistance of sensor will change. This pressure sensor has the characteristic of high stability, high consistency.

As I stated in the thread almost 2 years ago it is a “Pressure sensitive” device" and in no way uses capacitance to operate/actuate the keyer. If you were to totally water proof the electronics part of the keyer I guarantee it would still work normally, even under water. If you do some “Google searching” you can see what we mean and physically/scientifically find out how it works. Once you get the sensitivity to your preference they work very nicely. If anyone would like more info on the original extremely simple circuit I made after seeing the article in QST you are welcome to contact me directly. I’m good in QRZ. It only uses a couple MosFets (BS170 or 2N7000), 2 resistors, a battery and the sensors. Or you can check out VK3IL David’s blog and see his Excellent turbo-charged design and circuit board, (which I also use and love) I do not have it water proofed in any way. For me, it is absolutely the best keyer to use for SOTA. Give it a try and experiment. Ya just might like it.

I don’t have many details of these devices as they don’t seem to be stocked by regular parts suppliers, but are readily available on eBay and Amazon. As I understand them they are essentially a sandwich of thin-film resistive material attached to the two metal electrodes. As pressure is applied, I assume that the resistive material is compressed in a manner that reduces its resistance. I’ve attached the response curve I found for the units I used.

The mass market use case for these I believe is controls for consumer devices such as microwave ovens etc.

As it’s pressure based sensing, it doesn’t suffer the issues with moisture and humidity that seem to plague capacitive sensors. It is also more immune to RF interference as the signal voltages are much higher than capacitive sensors.

So far, the field experience with the design appears to be positive. 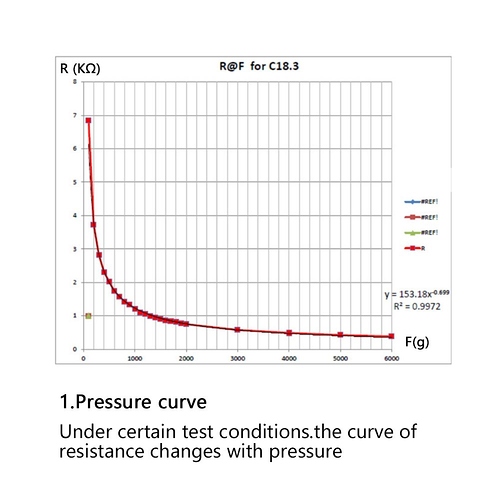 Hello all,
For an historical note, (and a smile) See the 1993 Morsum Magnificat article, page 8:

http://www.n7cfo.com/tgph/Dwnlds/mm/MMs/MM27.pdf
At a weight of about 5 pounds, probably not for SOTA!

Hi David,
Is it OK to upload your gerber files to OSH Park and share? Then other people can simply order them as required.
https://oshpark.com/
Seems to be a very good service, I used it for the TinySWR and WS0TA tiny traps boards.

Yes, for sure, that’s fine by me. They’re free to use.

Hey David, I’m not sure I totally understand your response curve. It starts out at approximately 7K ohm? All the sensors I have and use and/or researched all start out in the 10’s of M ohm, then when slight pressure is applied then they jump into the 10’s of K ohm. Can you please help me out here. It sounds like you understand these devices much better than I…at least scientifically. As far as RFI, I have never seen it affected in any way, unlike the capacitive ones I tried to build.
Tnx es 73
Tim - K5DEZ

Hi Tim,
Yes the no load resistance is many many 10s of megohms. It drops to hundreds of kohn’s with light pressure.!

As Ron mentioned, yes with zero pressure, it’s 10s of Meg ohms. The chart shows the results of measurements and it looks like the lightest pressure measured was about 100g which resulted in around 6.9 k ohm. As you can see, the slope is very steep, so as the pressure gets lighter, the resistance rises rapidly. There are practical measurement difficulties at very light pressures and very high resistance which would be why they stopped at 100g.

Ok David. Thanks. That is what I thought but I just had to make sure. AND like I said before I think it is the best SOTA keyer ever!
73
Tim - K5DEZ

Sending 20-22 wpm is my comfortable speed for SOTA activations and it works very well. I can copy short bursts (SOTA QSO’s) up to 25 or so but 30 wpm is a bit above my “Pay Grade”… but I can send my callsign at that speed with no problem. I am relatively sure it will work at the higher speeds also once up get use to how the paddles operates and get the sensitivity the way you like it. The sensitivity can be adjusted by changing the pull-up resistor.
Tim - K5DEZ