Will it be possible to achieve this by the end of the year, which is my personal target? There are not many activations shown in the Alerts List for the last two days of December!

I shall have to hope for good weather and a few unexpected activations!

I hope you are right!

In reply to G3NYY:
Hi Walt
I will do an activation on 31.Dec together with Kjell/LA1KHA, probably only
Holtankollen(LA/TM-049) 1 point. If Kjell has some skies we might do Brunane(LA/TM-070)2 points. Weather-forecast seems to be good, but cold (abt.-10C)
This will sure not be enough points for you, but there will be other activators also (I hope).
HNY and 73 de
Aage / LA1ENA

I am sure, you will be able to reach your objectives!
I had to leave for a few hours today at high noon, therefore I missed several activations that theoretically I could have reached. Furthermore I obviously can not reach QRP VHF/UHF FM only activators located several hundred kilometers distance from me. Despite of this I made 9 SOTA QSOs today; 8 of them were new summits, and collected 32 points.
Up to you, Walt!

Your Uniques objective may prove more difficult but the SS will be easy.

I’m hoping I can get out again before New Year and VHF fun day. Depends entirely on the weather as it snowed 3 times again today, at least another 1cm accumulated. That wouldn’t be a problem apart from the fact it fell onto icy roads which made driving fun!

I’ll see which of the easy hills around here are uniques for you and pick one of those as my main objective if the WX is conducive.

Many thanks to all!

I’ll be monitoring HF/LF all day on 30th and 31st December, but I have no VHF/UHF facilities at home (except very local range, about 20 km).

I have got reinforcements. Could be a smorgasbord of points on offer tmw… Watch the alerts for an update later.

I have got reinforcements. Could be a smorgasbord of points on offer
tmw… Watch the alerts for an update later.

Thanks for the nice QSO and SOTA points, Mario! I hope your WX will soon be better. Here today we have only rain!

Here today we have only rain!

Weather forecaster him tell lie then… we have a couple of centimetres here in Northampton and we are supposed to be on the fringe!

All the best for getting SS by the end of 2009. I will be keeping an ear open for the Macclesfield lads from a day on the SVR, that is if we are not snowed in. I need 4 points on 2m to get my VHF/UHF SS.

Shack Sloth will be no problem on HF - around 75% of activators do not send alerts because they do not want the pressure of meeting a self-imposed deadline, so you are almost certain to hear unscheduled activity from HA/HB/OK/DL. Norby LX1NO may also remain active with SX 10 pointers.

The 5 unique summits may be a bit touch and go.

Hmmmm. You are more optimistic than I am, Roy.

I couldn’t hear F/DD6DO/P or HA5CQZ/P today and there has been no other activity.

WX conditions aren’t good here. There’s a big thaw going on which has made the driving much harder. Soft slush almost defeated my car’s 4WD capabilities in B&Q’s car park of all places! It was easier driving on the crunchy snow/ice mix. It’s also become very breezy and gusty here. It feels cold and damp now whereas last week it felt fresh and pleasant even though it was much colder. The cloudbase is around 500m. The WX for tomorrow is very similar.

The upshot of all that is that it doesn’t sound too appealing to go out tomorrow. The forecast looks better for New Year’s Day which doesn’t really help you. But again it looks like the WX will improve for Sunday and VHF Fun Day, which is nice as the power lead for the 23cms rig turned up this morning and so now I can get a whole 1W of RF! I’m checking for alternate hills with LOS paths to NP/LD/NW hills just in case Queensberry access is just not on.

Having decided not to go to Shropshire at 0600 this morning, Tom and I tried hard (but failed) to reach the summit of Black Hill - conditions above 450m were not good.

We went to the Stalybridge Station Buffet instead; “Christmas Pud” ale excellent. Sorry. 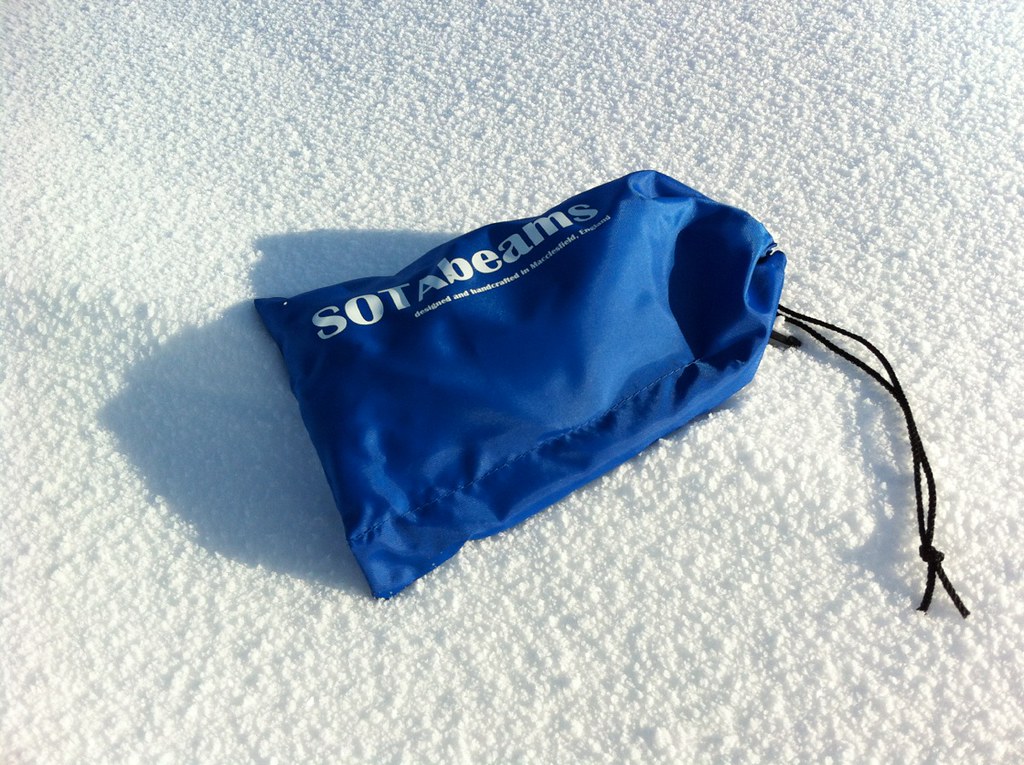 A video shot at the point that we decided to abort:

You are SNOTA qualified dr Richard !!

Looks like every UK SOTA expedition that embarked today ended up in an abandonment! To be fair to Richard, he was eager to press on further than Oakenbank Clough (where we turned around), but I managed to persuade him with the following observations:

So to Stalybridge it was, where we found the station bar packed, but still enjoyed excellent service as well as good beer and food. On the motorway later we spotted the matrix signs advising of the closure of the A628 (Woodhead), so it was probably a good job we got out of there when we did. We had gone for the ambitious long southern walk-in from there after learning that the A635 (Wessenden) road was closed first thing.

It all seemed so much easier when I did that approach as part of the Pennine Way in August 2006! Compare these photos with Richard’s above!