Portable in the city of London

I’m sorry to post this subject here as it is not a direct SOTA related question, hope you don’t mind…
I thought I’d get a faster reply to this question from the “G” colleages than looking for the answer anywhere else! MT: if the message is not suitable for the page feel free to delete this point.

A friend of mine will spend some days in London this week.
He’s got with him his FT-897, Buddistick ant, plus Harec licence.

He would like to deploy his portable setup in Hyde park, or somewhere else you could recommend for some random operation. He thinks Hyde park is big enough to mount and run without disturbing the people, but he has some doubts concerning authorities or even policemen.

Do you think he should ask for permission to do that? Any recommendation about how to proceed?

Thank you so much!
Here it’s been too much rain and no way to go in the wild and activate a summit. Hope WX will improve to go for a new summit soon. VY 73
Ignacio EA2BD

In reply to EA2BD:
The G-QRP reflector might also be useful. I know that people have operated from parks in London in the past but things may have changed. 73 Richard G3CWI

My friend S57TAJ suggests a Primrose Hill, which is on a hill and part of the Regent’s Park.

Good luck and 73s from Ljubljana

Parliament Hill on Hampsted Heath, is where I’d head for. Should be a good VHF spot too. 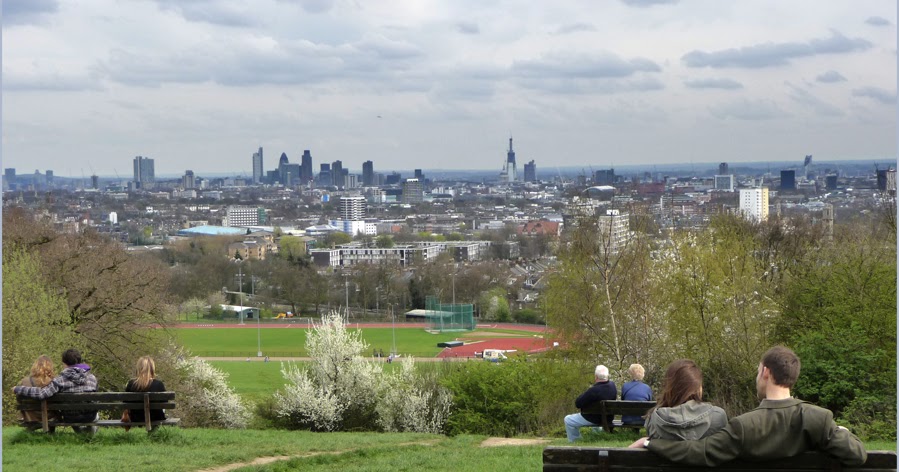 I have long wanted to visit Parliament Hill , a high point on Hampstead Heath from which you get a view right across London - and here it i...

In reply to all:

thanks a lot for your answers, I’ll forward the proposals to my friend!
Cheerio 73
Ignacio

Perhaps a bit late now unless you are in touch now with your friend. From ‘The Point’ you overlook the whole of London. It is a secluded, small park. On the link below scroll down to the pictures to get an idea. One of the best places in London to view fireworks displays.

The regulations relating to permitted activities in parks in London are here:

So far as I can see, it is OK to use a radio for transmitting and receiving signals, but you MUST use headphones.

I cannot find any rule about erecting aerials, but specifically you are not allowed to attach anything to the trees.
Paragraph 4 (4).

Otherwise, it looks like the propriety of antennas would be left to the discretion of a passing policeman! The rules indicate that the decision of a policeman is final.

In reply to G3NYY:
Thanks Walt for info’. I have operated from The Point but that was on my Kenwood 2/70 handie. He can always load up the metal fence

So far as I can see, it is OK to use a radio for transmitting and
receiving signals, but you MUST use headphones.

From personal experience, within a few minutes of setting up a station on the very popular hills, there’s normally a gallery surrounding you. Arthurs Seat and Pen-y-Ghent, both attracted quite a throng.

Parliament Hill on Hampsted Heath, is where I’d head for. Should be a
good VHF spot too.

There is a radio mast at the top end of Hampstead Heath near the Spaniard PH (apropiate for an EA what!) and it is a wooded area so might keep off the onlookers.

Hampstead Heath is owned by the Corporation of the City of London and not covered by the legislation mentioned above. It has its own bylaws,

Music and Singing.
39 No person shall in any open space, without the consent of the
Council in writing under the hand of its Clerk, operate, play or make
sounds on any musical or other instrument including any gramophone
or radio apparatus, or without such consent sing any sacred or secular
song except on the site or sites mentioned in the preceding by-law.

So radio apparatus is covered by this. But have heart because

Offenders, penalties, etc.
46 Any person (not being an officer of the Council acting in execution
of his duty or other person acting in lawful exercise of any authority)
committing any breach of these by-laws shall be subject to a penalty
not exceeding five pounds, and to a penalty not exceeding twenty
shillings for each day on which such offence shall continue after
written notice of the offence shall have been given by the Council.

So the place is covered by legislation that is 80 years. Oh and the shaking or beating of carpets is not allowed either.

Perhaps a phone call to :-

Don’t phone from the Heath as your probably not allowed to use mobile phones there.

ROTFL! Bearing in mind the sort of activities that are reputed to take place on Hampstead Heath after dark, I should think the use of radio apparatus would be the least of their worries.

ROTFL! Bearing in mind the sort of activities that are reputed to
take place on Hampstead Heath after dark, I should think the use of
radio apparatus would be the least of their worries.

Your probably right there.

29 No person shall in any open space sort rags, bones, refuse or matter
of like nature or mend any chair.

The “mend any chair” a bit harsh so be warned make sure any chair you take is in tip-top condition just in case!