I had originally intended to be on a local summit for the JA SOTA event this evening, but with the 30 mph winds it would have been a losing battle I fear.

Instead I took a trip to the wonderful Whitbarrow Scar G/LD-056 this afternoon. I did go loaded: 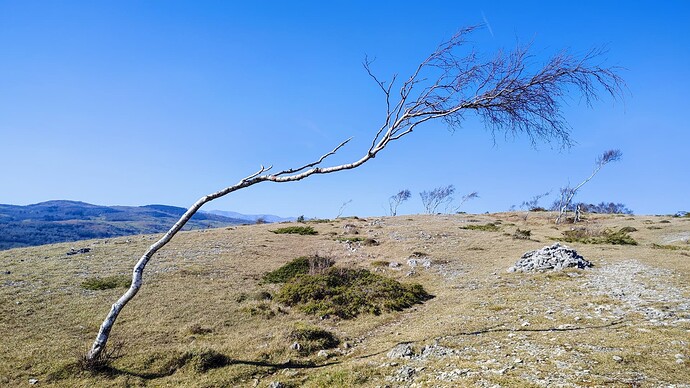 With clear blue skies the walk up was sheltered and very pleasant. The normal Westerly wind was replaced with a South-Easterly wind which actually worked to my advantage. My usual setup position to the South-West of the trig point was sheltered from the worst of the wind. 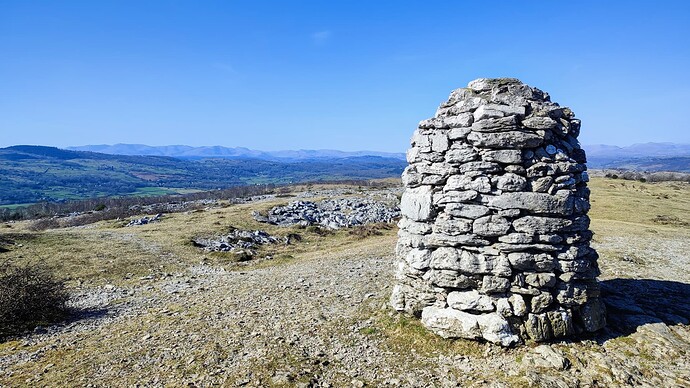 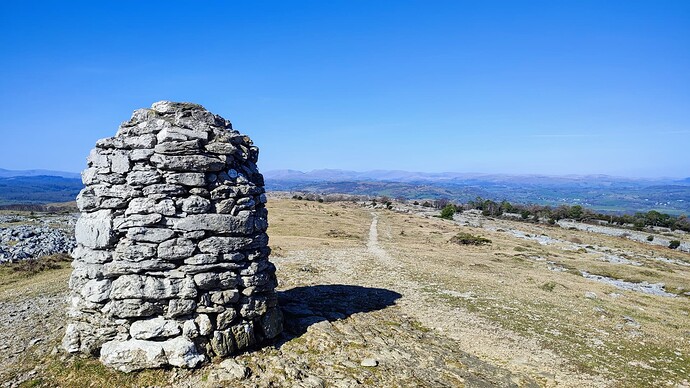 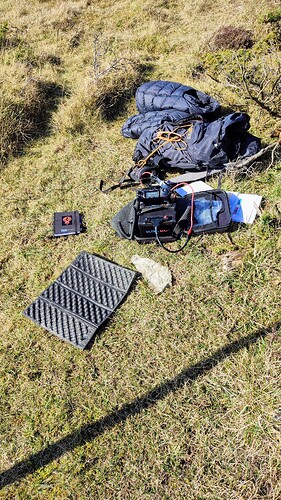 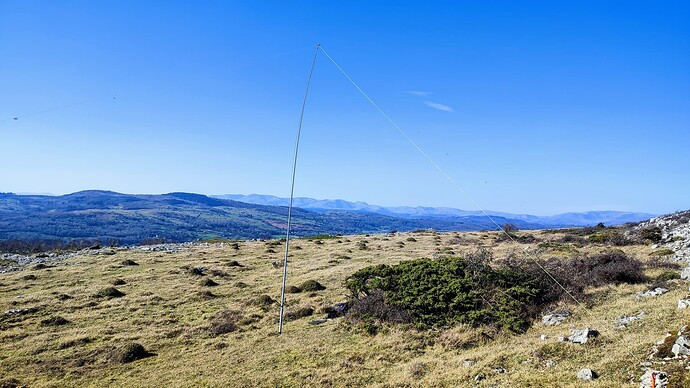 The antenna strained and bent but the wind was not sufficient to cause too many collapses during the activation.

Setup first for 20m I was surprised to get VE1PVH/P in the log as the fourth contact - a good sign of band conditions. Normally I’m pretty good at getting the location of /P stations, but this one caught me by surprise. A follow up email however proved very interesting:

Paul gave me his exact coordinates of his tent (I do like folk who take accurate positions!).
He said: My rig was a UK/RT320 Clansman manpack radio (best damn radio on the planet…hi hi) 30 watts into 300 ohm TV wire dipole as described in the ARRL manual. I don’t operate much from my QTH as it is in a hollow. You had a good clear signal and no problems to copy. The bands are definitely opening up…finally. Hope to hear u again.

I’m not brave enough any more to contemplate taking an RT320 on to a summit, having tried one on my back! Given the number of dials you have to twiddle to get to a frequency Paul is either very proficient at chasing or this was luck of the draw and I popped up on a frequency he was monitoring.

Struggling to find a clear frequency on 40m should have been an indication of things to come. 40m was working extremely well, with very strong Inter-G across the entire country. Very nice conditions indeed, I really appreciated all the contacts.

I jumped briefly back to 20m to try and catch a couple more S2S. I was lucky enough to hear Joseph W3JPH for a nice Park to Park contact. Knut and Bojan @S56LXN were great to get in the log.

The 10m mast strained at the addition of the 2m antenna and the usual snagging of antenna wire ensued whilst trying to get it all back up in the air. Great to get a S2S with Roger and Gareth. I was running the FT-857 at 10w to conserve battery with the incredibly draining FM mode.

Things got very interesting having dropped to the 17m band. Lots of contacts, and a well timed spot on the POTA forum seemed to have the desired effect of bringing in additional transatlantic contacts. I was really glad I’d brought my homebrew clipped dipole for 17m and less, however the dipole legs were comically short as packed. Fortunately, in anticipation I would need some guying line I had packed an additional 6m which was put to very good use to reduce the angle of the antenna to less than 45 degrees. Power was reduced to 50w.

Finally to 10m. I had checked dxheat before I set off and there was clearly an opening on 10m today. I spent a long time trying to break the pileup to ZS1OPB as I have yet to get a South African station in the log, but contented myself with an Argentinian contact, and US Virgin Islands, very nice! I did scan the FM portion of the band but nothing was heard other than SSB.

At the end of all this the sun was setting and the wind had changed to a more Southerly and biting direction. I realised how cold I’d got and decided it was time to bug out. At this point I realised what a struggle staying on the summit late into the evening would have been, even though there would have been a chance of JA S2S on 17m - at a stretch. 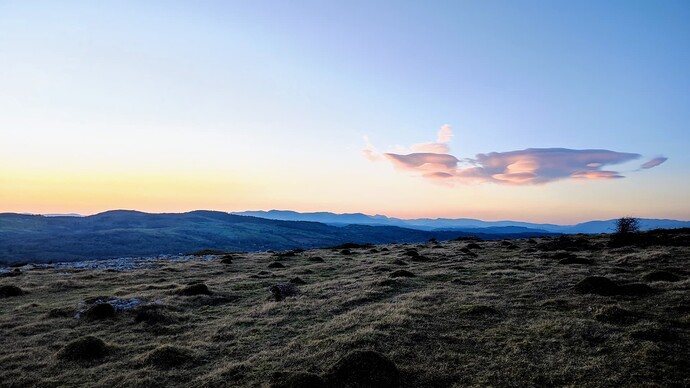 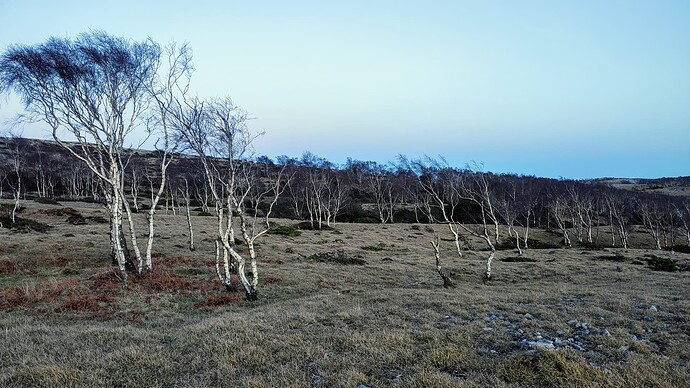 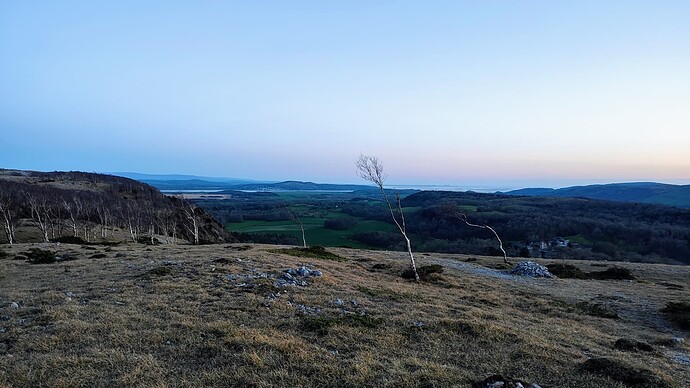 Thanks to all the chasers! 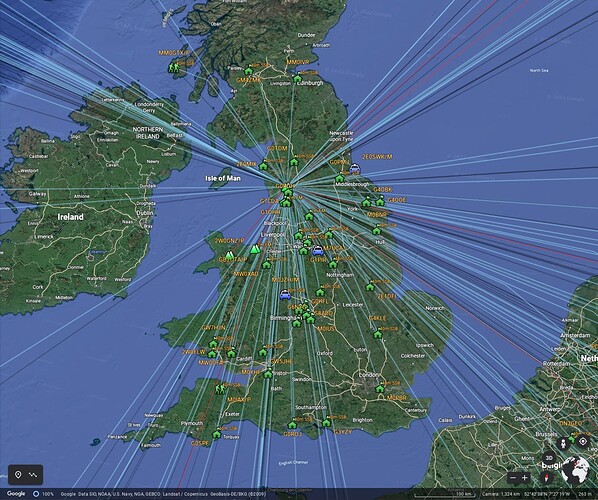 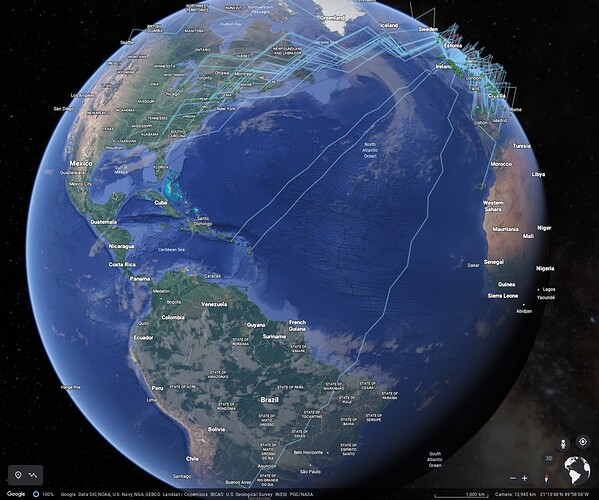 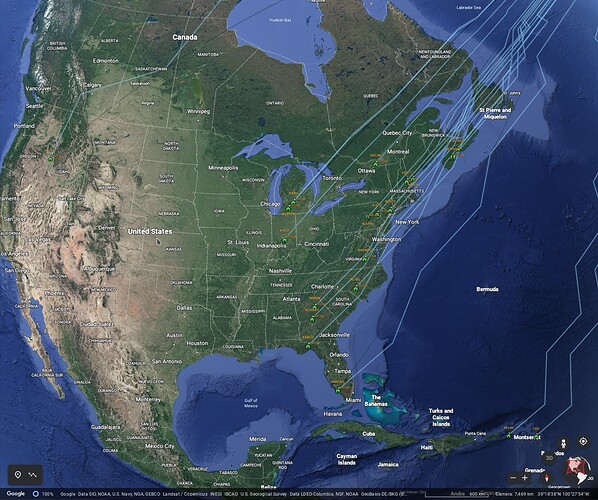 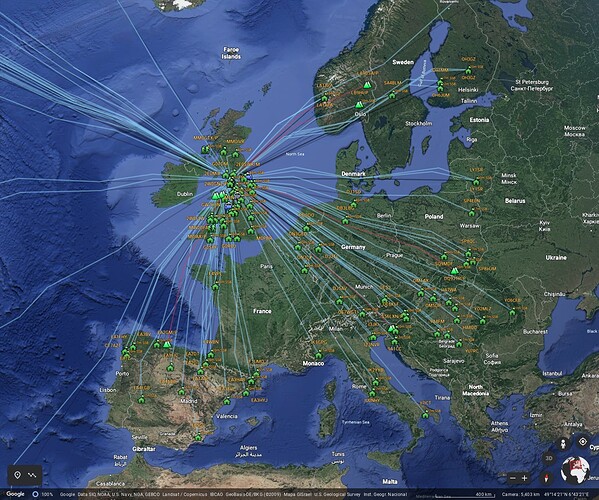 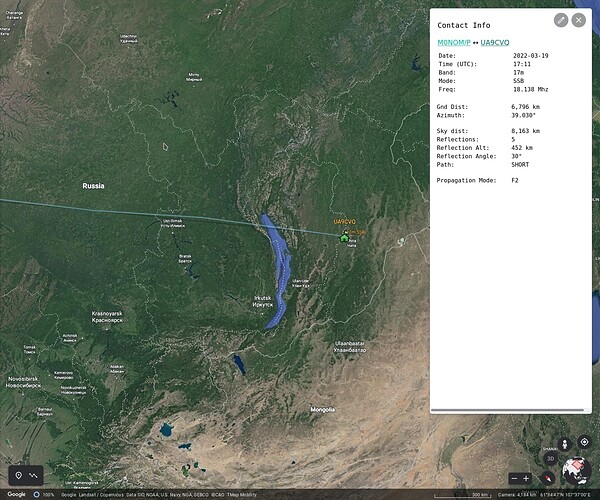 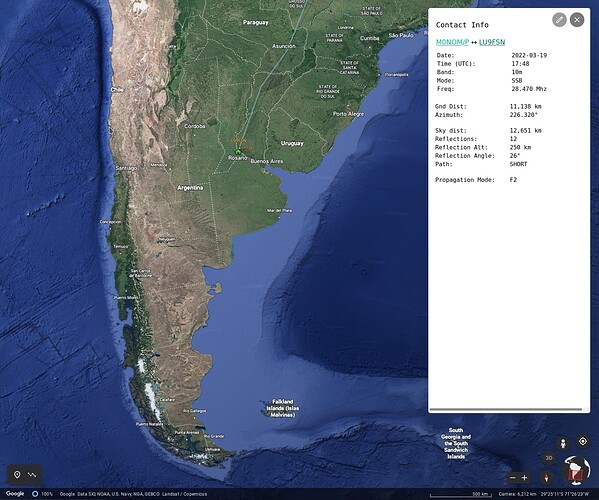 On a nice day I think this is one of the best summits in LD.

Genuinely of all the summits in the Lake District, and lets face it there are some spectacular views to be had, this one never fails to be enjoyable. The flora and fauna are exquisite, it is just a really nice place to reset the brain, radio or not.

Given that the hoards have descended on this the second weekend with decent weather this year it is also wonderful to drive the 5 minutes out of Bowness it takes (when going South) to escape the masses. I saw maybe 6 folk in three hours on the hill.

Thanks Mark for your report and photos. Well done.

Impressive pileup indeed and lovely pictures. I’m lucky to get 5 QSOs on SSB.

Nice report Mark and thanks for QSO. You did extremely well in the pile-ups lol

I agree but I’m not sure we should be letting the whole world in on our little secret [not withstanding I and others have praised this little summit elsewhere on the reflector]. It’s in full view 7km away through my bedroom window and we don’t want a queue of SOTA activators waiting their turn to activate it.

It’s in full view 7km away through my bedroom window and we don’t want a queue of SOTA activators waiting their turn to activate it.

I see no problem as long as it is SOTA activators - just don’t tell the grockles about it!

The title of the thread made me chuckle. Whitbarrow Scar is the limestone cliff on the west side of the hill, I had a mental image of Mark set up on a little ledge and fending off the jackdaws and climbers!

just don’t tell the grockles about it!

Well, I was joking of course. I walk Whitbarrow Scar in all seasons and you could never call it busy. I activated it one lovely sunny Saturday afternoon / early evening thinking it would surely be busy and didn’t see a living soul - grockle or otherwise - the whole time.

134 QSO in 2 1/2 hour on the bands, its incredibly and more like in contest. And you carried a lot of stuff to the summit, hard work. Congratulations to the success.

I don’t think it will ever be overrun - parking is a bit limited from what I remember.

I did consider activating it during the LD SOTA weekend last year but it was a long walk from our campsite at Meathrop Fell. Mark activated instead and had another big pile-up I seem to remember by playing the POTA wild card.