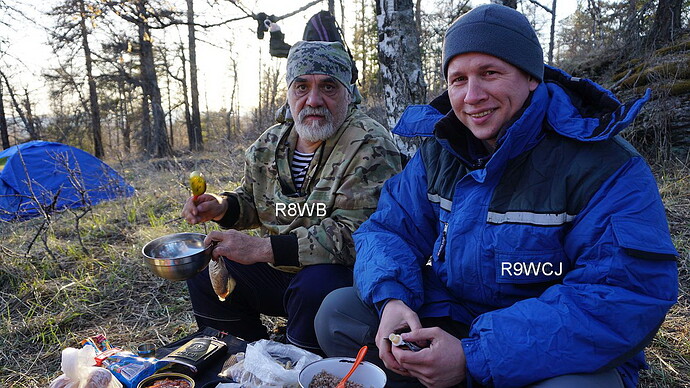 DSC021731280×720 365 KB
The weather in early May of this year was dry but cool. Such conditions are very suitable for traveling and activating new peaks. 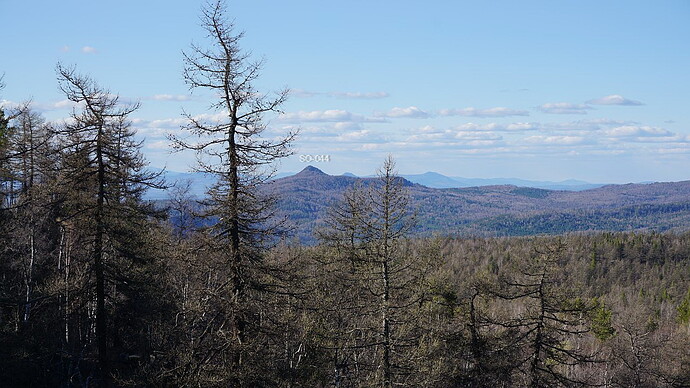 DSC021711280×720 355 KB
On May 2, our small team left Ufa towards the Ural Mountains. We planned to find a way to a new summit, not yet activated, Kuksapkan, R9U/SO-076. The summit of Kuksapkan is relatively close to the asphalt road, but the path through the forest was a good test of our readiness to overcome off-road and navigate in the dense forest. This section took several hours. In these places, logging is underway and there is a network of roads along which timber trucks travel. Timber roads are most often unsuitable for light vehicles. And after an unsuccessful attempt to pass along the path of timber trucks, we were forced to look for our own way. In some places we just drove through the forest, winding through the trees. Sometimes there were fords and steep ascents along old clearings in the dense forest. 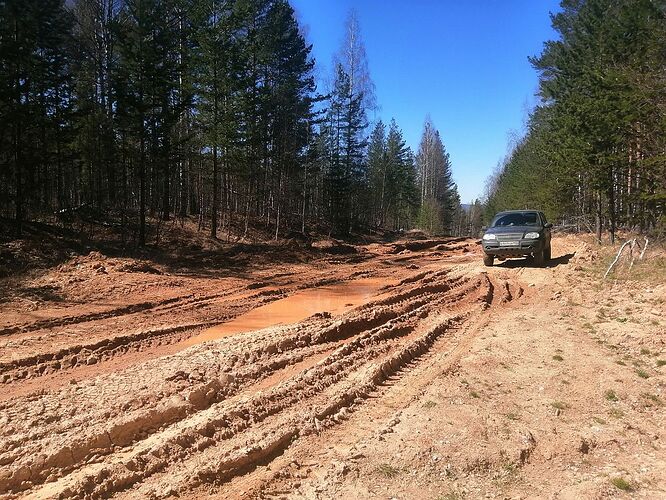 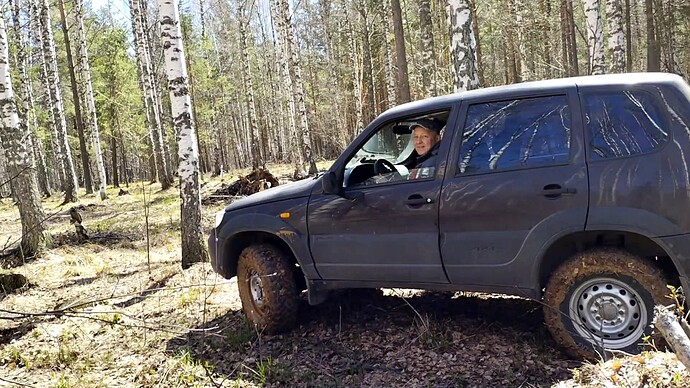 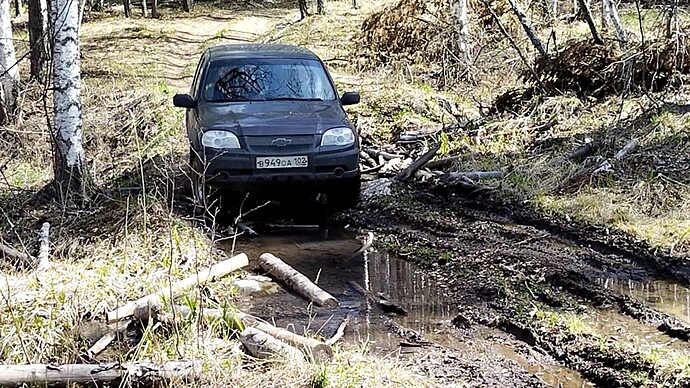 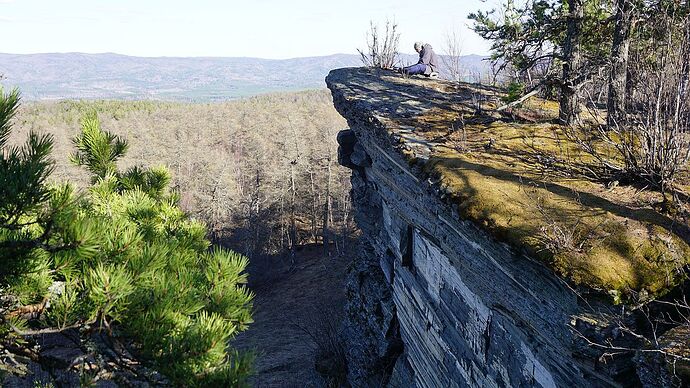 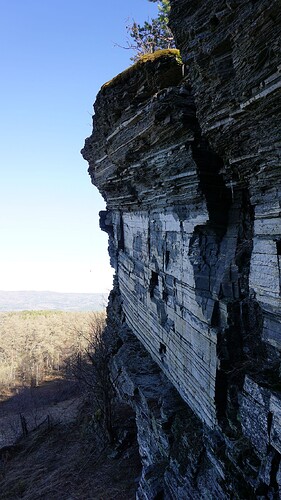 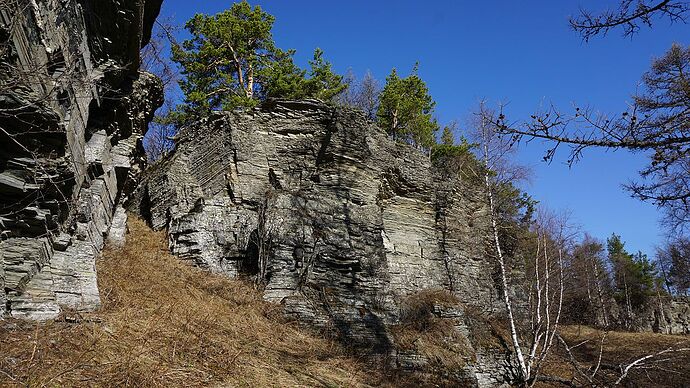 DSC021861280×720 357 KB
We quickly packed our gear and went to the summit on a gentle slope.
At the summit, we planned to work from two positions. First, we equipped the first position, with 14 MHz GP, for Sergey R8WB. He, as the main operator, was supposed to activate the summit on the CW. Oleg R9WCJ and RX9WT had to work from the second, auxiliary position. At this position there was a simple antenna - LW, thrown over a larch. The wire counterweight was simply lowered off the cliff. 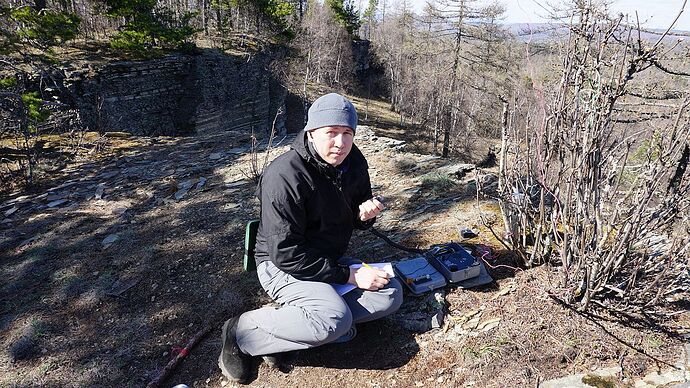 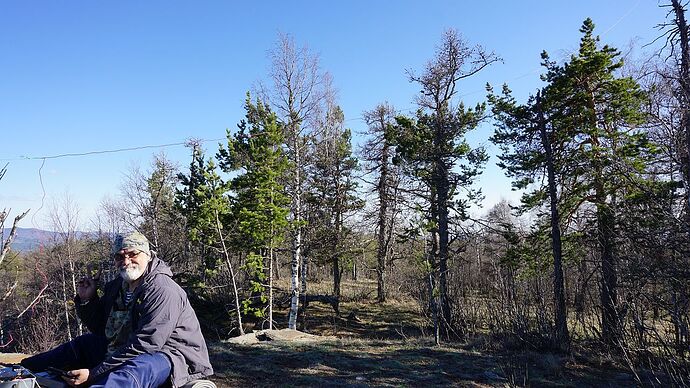 DSC021551280×720 308 KB
Unfortunately, at the first position Sergey had technical problems with the antenna. We did not waste time repairing the antenna. We decided to work from the second position. In turns. Time was not waiting for us. Leaving the 14 MHz band for Sergey, I started on 10 MHz. Correspondents appeared immediately - YL3CW, OH3GZ … At 10.15 GMT, the quiet voice of Marat, RA9WJV, began to be heard in the dynamics of my portable VHF station. Almost a hundred kilometers to the north, he reached the SO-046 summit. Had an S2S QSO with him. There was no cell service on his mountain. On our summit, GSM 2G was available. At the request of Marat, called our comrades in Ufa to send a spot about RA9WJV/P.
A little later, I switched to 18 MHz, where the activity turned out to be higher. From the most distant correspondents, this time - JJ0PKS. QRV didn’t last long and I got a small number of QSO - 33. I gave up my place at the transceiver to my friends.
Oleg and Sergey did a good job on 14 MHz.
We spent the evening and night at the base camp, by the car. 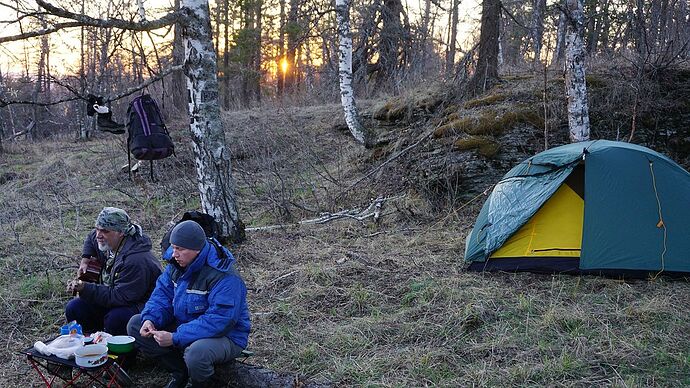 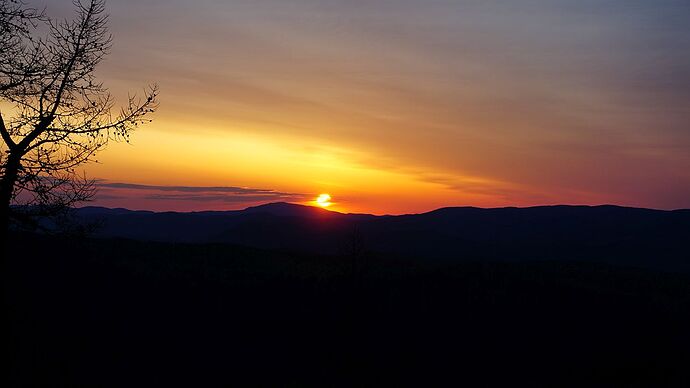 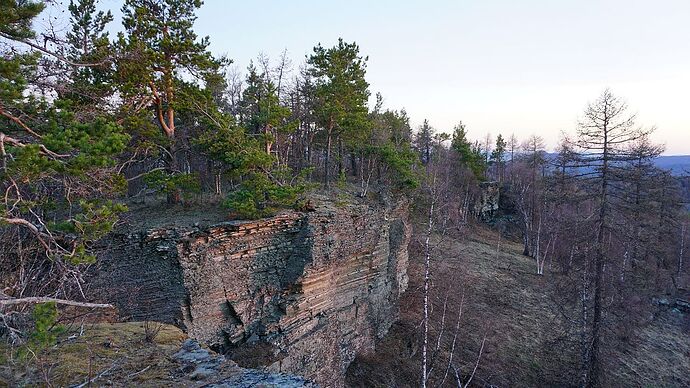 DSC021791280×720 293 KB
On the morning of May 3, after a short packing, we set off back. Off-road, which we stormed yesterday, we drove calmer and faster. We planned to activate another SO-085 summit, also not yet activated by anyone. But we decided that off-road adventures were enough. Let’s go back to Ufa. Dunansungan Summit, SO-045 was on our way. There we decided to go up. Of course, this summit has already been activated before. But its accessibility and beauty influenced our choice. 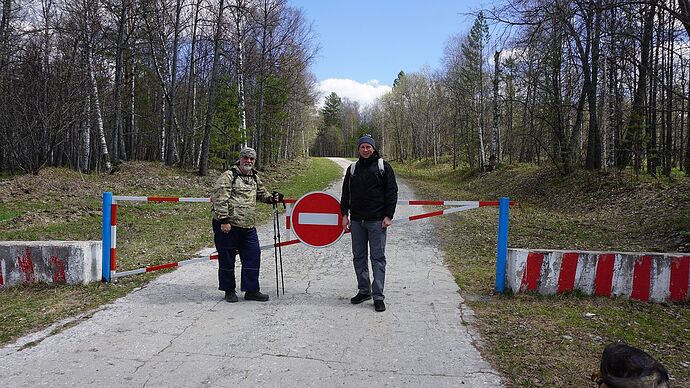 DSC021891280×720 327 KB
Dunansungan is located in a nature reserve. The visit is paid. You can only move along the marked path. Only on foot. But there are no any worries. You drag a backpack over your shoulders, you go and think about nothing. Contemplate the beauty of nature. 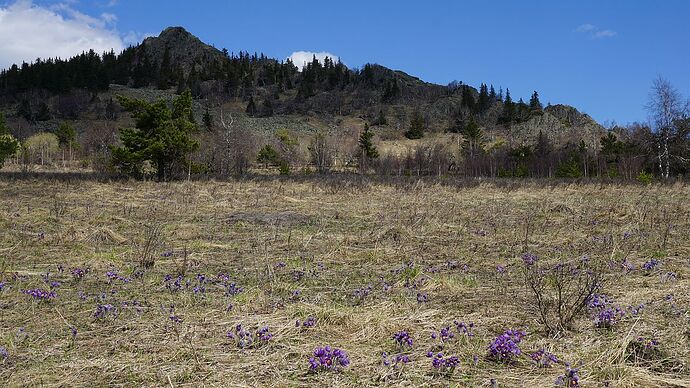 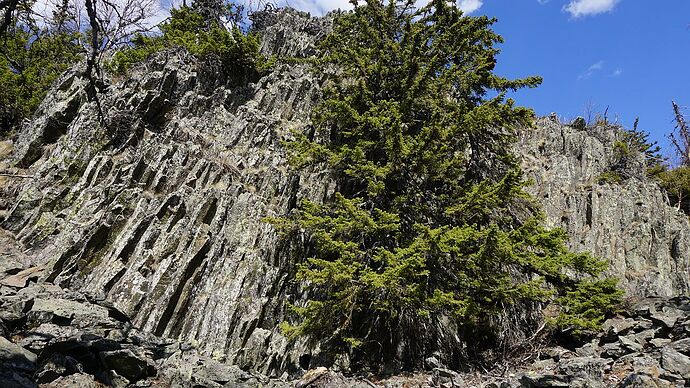 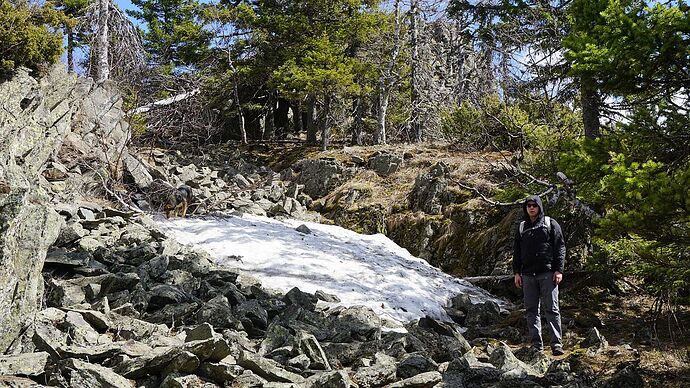 DSC022001280×720 410 KB
At the very top are picturesque rocks. Experts say that Dunansungan, like some other peaks in the area, is of volcanic origin. Of course, this was all a terribly long time ago. Only the magmatic nature of the stones indicates that once volcanoes raged here and rivers of lava flowed. 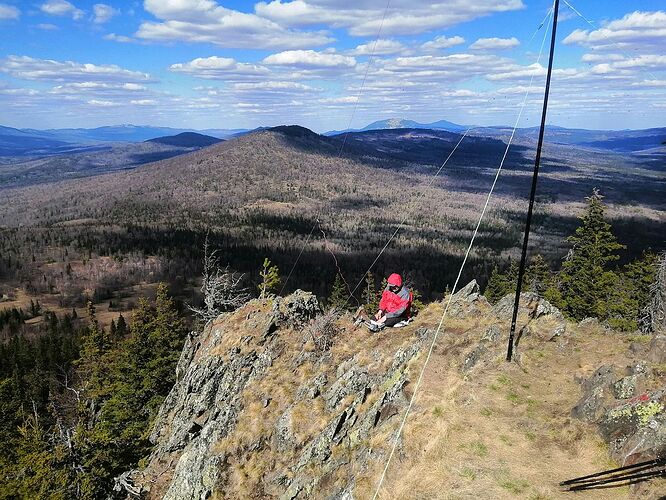 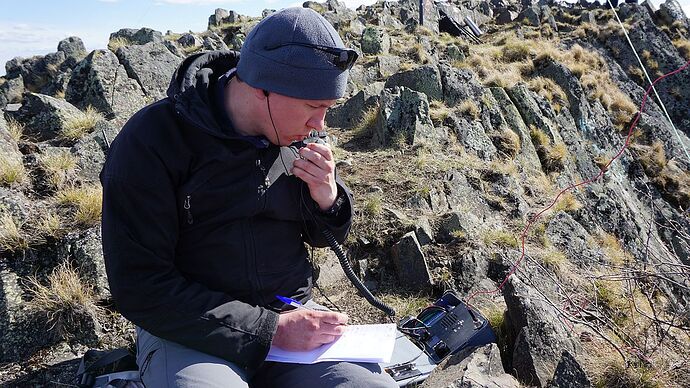 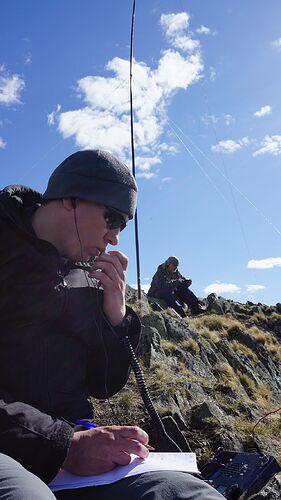 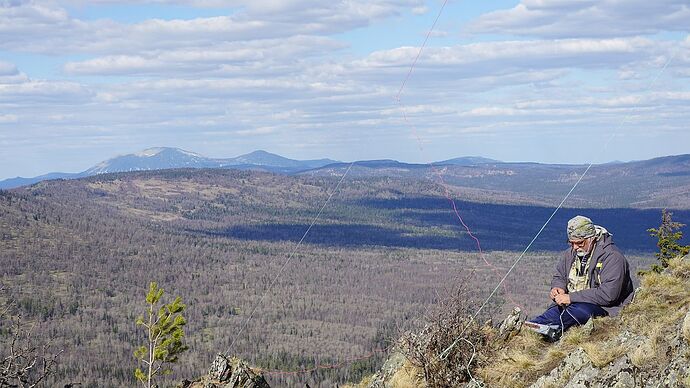 DSC022241280×720 190 KB
If at the Kuksapkan summit there was an absolutely transparent radio air, which forced to turn on PREAMP, then signs of civilization are already heard on Dunansungan on HF. A power line in a few kilometers away. The small town of Tatly, clearly visible from the top, also adds to the interference. Of course, these interferences are barely noticeable. Even the weakest signals are confidently received.
The passage is not bad, a Short Pass was opened at 14 MHz. RX9WT was QRV 19 minutes. 19 QSOs. Farthest QSO - VE3EXY. S2S-HB9BHW/P. Not bad for an LW antenna set as Inverted V. I gave way to my comrades at the transceiver. 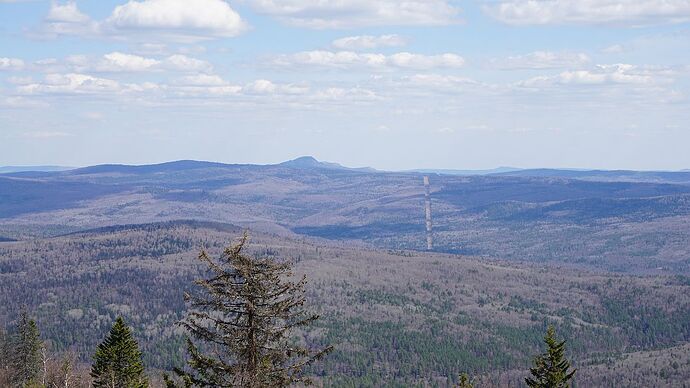 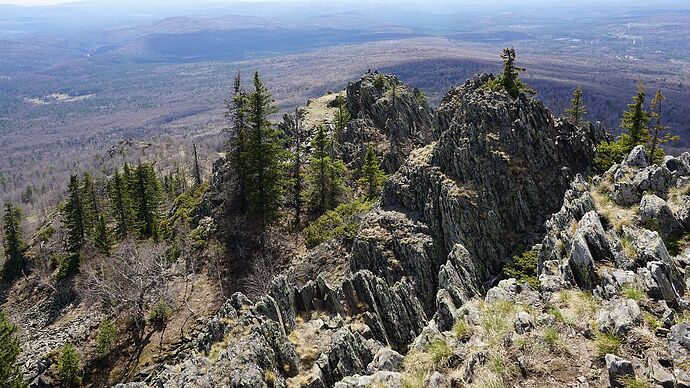 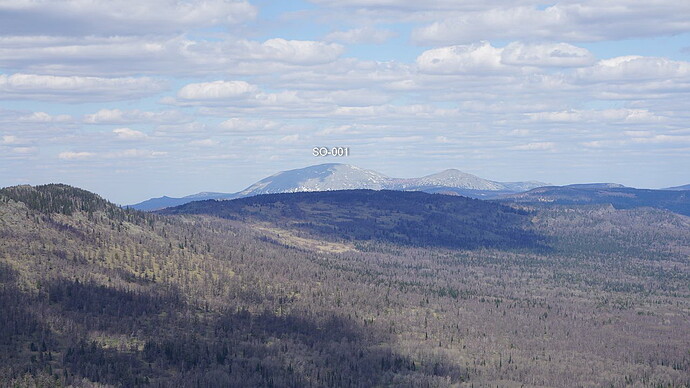 DSC022071280×720 221 KB
The weather is wonderful. Can be seen hundreds of kilometers in all directions. Around us are the main peaks of the Southern Urals. 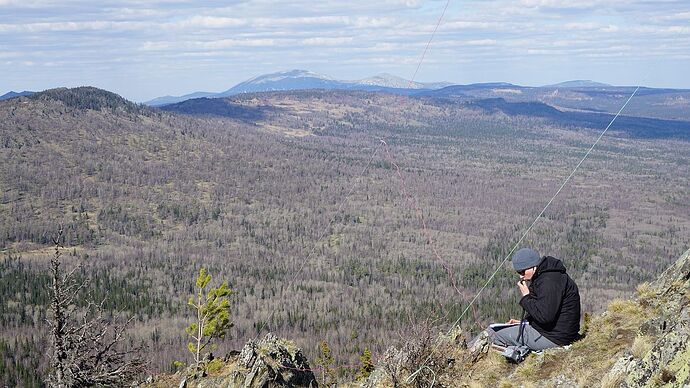 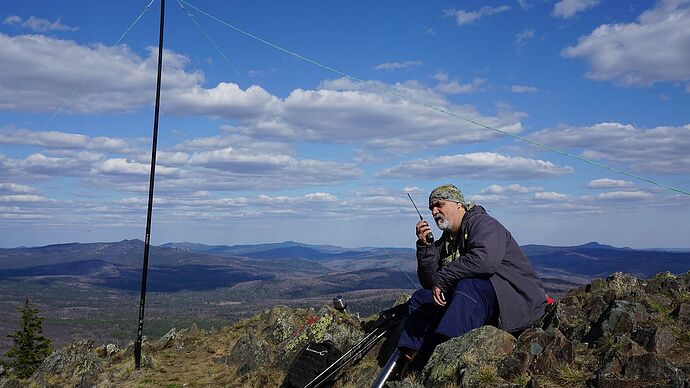 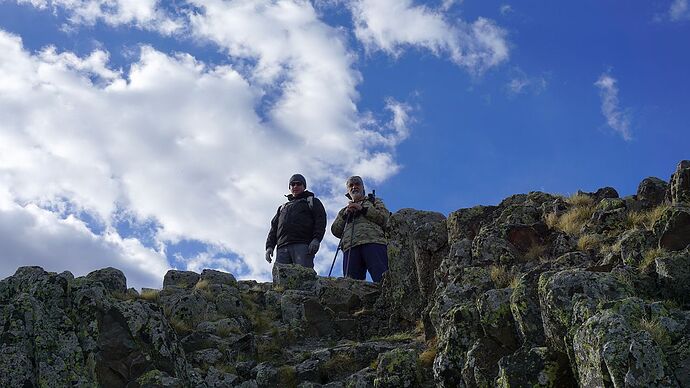 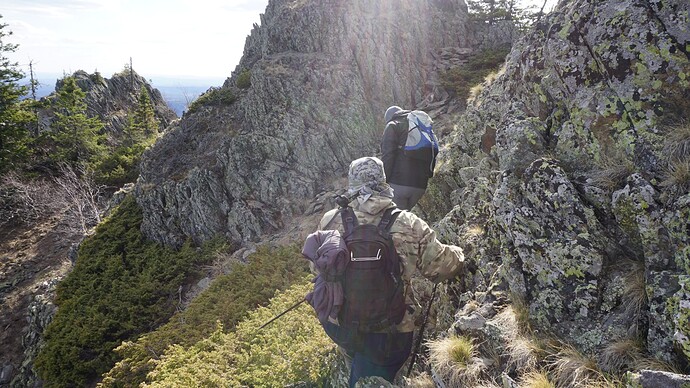 DSC022331920×1080 366 KB
Then along the stone placers, to the beginning of the trail. About an hour downhill.
In principle, we may]] managed to get home that same evening. Before Ufa was about 200 km on asphalt. But we decided not to rush to return. We left the reserve, found a small clearing in the forest, set up tents and stretched a 10 MHz dipole between the trees. 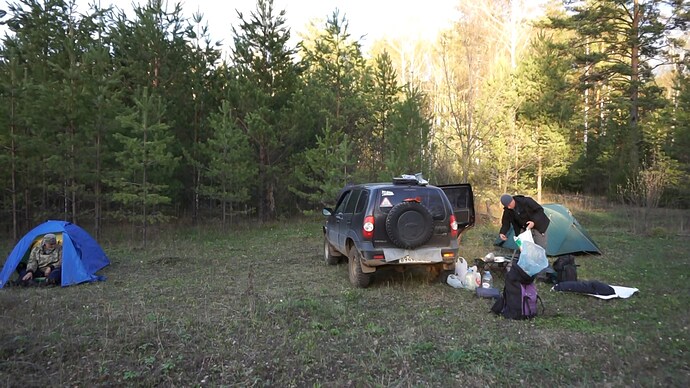 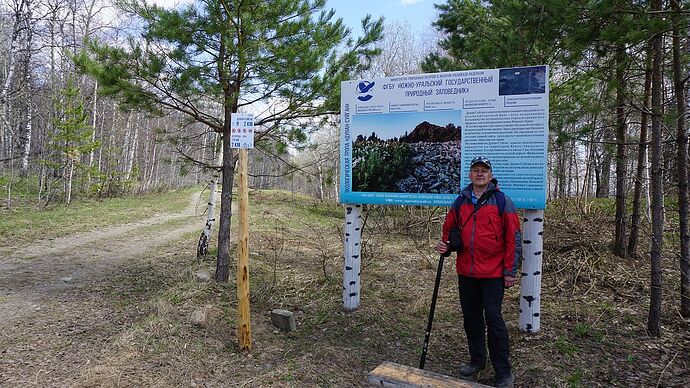 Thanks for this nice report and photos.
i wish i be there.
73 from Gerald F6HBI

Many thanks Vladimir for share this beatiful report and pics! I’d like activate with you these wild summits!
73 Roberto

Thanks for the report and the great photos. These are wild mountains we can only dream of!

Many thanks for the exciting and interesting report! That would also be a wish for me to be out there and activate one or the other summit!

Hi guys, a fantastic report with great photo. thanks.

Dear fiends, thanks for the kind words!
I will be happy to visit with you the wildest summits in the southern Urals. I really hope that such a time will come soon.
Untouched summits await their discoverers!
73
Vlad

Looking forward to your further exploits!

Thank you, Paul!
Only thanks to SOTA such wild and unknown peaks are getting closer.
And bright impressions become available to everyone.
73
Vlad