From the ICNIRP guidelines on exposure

I think this is implying, providing the absorbed power density remains below a critical threshold, the body is able to prevent the resulting temperature rise going up to a damaging level through normal heat removing mechanisms like blood flow, sweating and radiated heat. It probably takes minutes to reach thermal equilibrium [i.e. when the body is taking the excess heat away at the same rate as the EMF is generating it] hence the six minute. It also implies that if that small heating effect causes no ill effects for 6 minutes, it’s also true for 60 or 6000 minutes.

It also implies that if that small heating effect causes no ill effects for 6 minutes, it’s also true for 60 or 6000 minutes.

I’m not sure that follows.

I’m not sure that follows

Well the 3 accepted means of controlling harm from RF exposure are:

It depends on the efficiency of the heat removing mechanisms of the body. If a slow build up of heat has already continued for six minutes without reaching a harmful level, there is no reason why it shouldn’t continue until some equilibrium is established between the RF absorption and the heat removal mechanisms, which may be at a harmful level.

Is the ERP referred to in Ofcom’s calculation based on a half wave dipole having unity gain,
therefore 10 Watts up the coax = 10 Watts ERP, or 16.4 Watts EIRP?
As this is a " figure of 8" antenna, does this also apply to a Magloop, also a figure of 8
antenna ?
Please forgive what might appear to be a simple question, but I can’t quite get my
head round it, - probably my age!.

If you are in the far field of a transmitting antenna with, say, 10 dB gain in your direction, obviously the flux is greater than it would be for a unity-gain (isotropic) antenna. Therefore it is appropriate to use the EIRP for this scenario, which folds in the gain, explicitly referenced to the isotropic case - so it’s nice and simple.

Whatever the antenna system you may choose to use the peak gain for this calculation. That will give you a “worst case” result, i.e. if the antenna is pointing straight at the subject.

Of course it real cases this is not likely, and as stated in the Ofcom document, you are free to allow for this. So you can use whatever off-bore-site gain value you are able to justify (or measure). Consequently for typical SOTA VHF/higher use it should be very easy to demonstrate EMF safety.

And of course if your high-gain antenna, which you’ve just lugged up a hill along with your precious power amplify, is not anyway well above head height, who’s going to stay quiet when Mr. member of the public comes and stands in the beam!

Of course the calculator they provide is not valid for the near field. This is perhaps the more common scenario we face, with e.g. HF dipoles, for which close access to the high E-field ends might need to be considered. This is perhaps a less trivial calculation.

Many thanks for the reply.
I’m trying to assess the EIRP for my home location, where I
run Magloops for HF, and a vertical dipole and a halo for 2 metres.

I have a very small location, and my question really is that for the
purpose of my assessment , if I theoretically feed 20 Watts to my
magloop, is the EIRP considered to be 32.8 Watts. Or is there
any other calculation I need to include to assess the safe distance
for the antenna from my boundary to comply?

Since the majority of my aerials are of multi element directional type for VHF and above, should I use the manufacturers quoted gain figures, or gain figures that I get when viewing the design in antenna modelling software?

1.64 is the factor mentioned in the Ofcom spreadsheet. 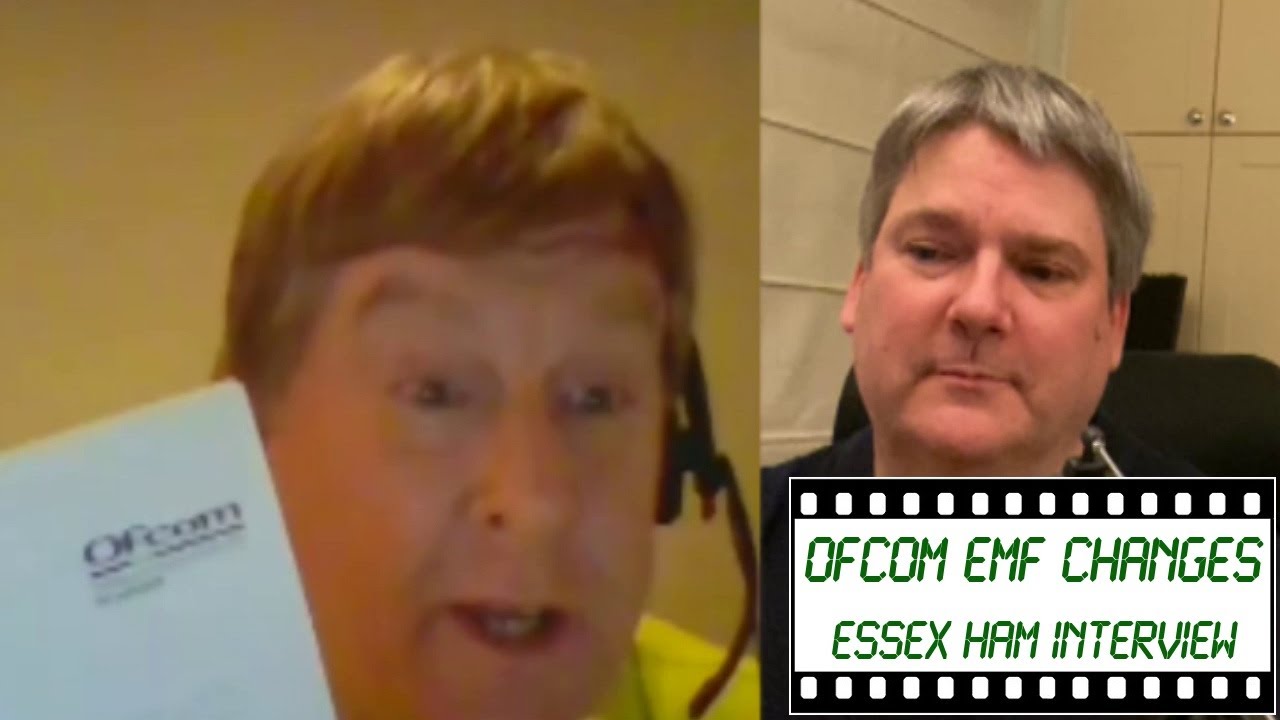 I presume an assessment for each of your home station equipment/antenna combinations plus an assessment for your portable station equipment should be enough (i.e. you don’t need to re-assess on each different summit that you activate - you should know how far away from your antenna, the general public should be for safety, however). If you change the portable antenna that you regularly use a new assessment will be necessary.

This requirement has been in Germany for station a long time.

Yes, all things being equal. This is stated in the Ofcom document.

This requirement has been in Germany for station a long time.

1.64 is the factor mentioned in the Ofcom spreadsheet.

This is the normal numerical power gain for a dipole.

should I use the manufacturers quoted gain figures, or gain figures that I get when viewing the design in antenna modelling software?

If you pick the higher that’s a conservative approach. Be sure to use a dBi figure, converting from dBd if necessary.

I run Magloops for HF

Remember the calculator is for far field. For a near-unity-gain antenna this will be around a wavelength (for a high gain antenna it’s more, e.g. Lovell telescope at C band you’ve got to get about 100 miles away!).

Well Brian, I agree with what you say – as far as you go.

The thresholds for acceptable absorbed power density [in a specified volume of flesh**] and acceptable excess temperature rise [2C} will no doubt have been based on loads of animal tests and extrapolated to human bodies to include the normal heat-removing mechanisms.

If the actual absorbed power density of EMF exceeds the acceptable threshold by more than some safety margin, those heat-removing mechanisms may not be able to remove the generated heat fast enough and we have a non-thermal equilibrium case where the flesh temperature continues to rise and possibly by more than the stated adverse health effect threshold of 5°C.

Conversely [as I previously described] the safe case [continuous over long time] is where the actual absorbed power density remains below that the acceptable threshold so that the heat-removing mechanisms are able to remove the generated heat fast enough and we have the thermal equilibrium case where the flesh temperature rises a bit [up to 2C] but below the adverse health effect threshold of 5°C.

Mammalian muscles are only 25% efficient. For every 4 joules of energy converted from stored chemical energy, only 1J goes to moving the muscle and 3J is wasted in heat. So, generating heat and getting a small internal temperature rise is normal when walking and running over many many hours without harm [we evolved to cope that way!]. A low-level of EMF is doing the same thing without harm.

Also, we should not confuse the heating effect from a RF source with ionizing radiation (e.g. high UV, X-rays, gamma rays) where the duration of exposure is definitely a strong risk factor.

[Specsavers, notwithstanding] the Ofcom calculator seems not to have a duration parameter for the above reason.

**actually, it states 2 sets of absorbed power densities and flesh volumes for different parts of the GHz spectrum. They don’t seem to have spec’d HF and VHF.

If the actual absorbed power density of EMF exceeds the acceptable threshold by more than some safety margin, those heat-removing mechanisms may not be able to remove the generated heat fast enough and we have a non-thermal equilibrium case where the flesh temperature continues to rise and possibly more than the stated adverse health effect threshold of 5°C.

And once you get into the real world, the body regulating mechanisms are less capable of coping with additional RF heating where the ambient temperature, and more particularly the humidity is high. I would hope that the calculator is set up for worst-case weather conditions.

Once again it looks like I’m trying to defend the model on which the Ofcom calculator is based - I’m not. I’m no expert but I am curious to try to understand on what it’s based. And the more I think about it, the more reasonable it looks.

On your specific point about ambient temperature, humidity, etc. I’m confident that the many scientific experts who conducted the research on which the model is based have thought about these factors and included them in their worst-case analysis for setting acceptable thresholds for EMF exposure.

In fact, I’ve found since starting this thread, reading others’ replies and thinking about it, I have gone from being sceptical to - 36 hours later - being in favour of EMF risk assessments.

Reading between the lines of Ofcom doc [see posting #1] I think Ofcom’s [unstated] attitude [with which I now totally agree] is that amateurs should not be excluded from doing an EMF risk assessment because:

P.S. Ofcom have not funded me to make these statements.