The adventure started with my request to our holiday rep and good friend Pippa if she could contact one of her go-to people Yordan to see if he could provide me with a fishing line and weight to throw into a tree as I was planning on activating LZ/RO-015 Snezhanka whilst on a winter sports holiday to Bulgaria. I had brought only the FT-817, Sotabeams QuadBander (20m/30m/40m/80m dipole) and charger. Now I’m an M0 I normally use a 45 watt amp but that requires external LiPos and charger which I didn’t have the weight allowance for.

In one of those ‘too good to be true’ moments I found very quickly that Yordan is a keen amateur radio enthusiast. The following conversation resulted in him suggesting that we try and activate Golyam Perelik, the highest mountain in the Rodopi region of Bulgaria. Yordan provides skidoo trips up the mountain. On Sunday he picked me up and we headed to the skidoo’s location. At this point I should mention that the region had a massive snowfall over the prior day and a half which continued as we ascended the mountain. The road up the mountain leads to the army base on the top. There were no tracks up - on the road the snow varied between 0.5 - 1m - not tricky for a skidoo but certainly requiring excellent driving skills and ample use of the throttle! Several times we tipped and required a reverse and readjustment of the skidoo.

Once we were at the more open area of approaching the summit the snow deepened to 1m on average. On the final push we encountered multiple 2m snow drifts that stopped the skidoo in its’ tracks. It’s then a case of digging out the front of the skidoo and providing enough of a path backwards to reverse and attack the snow in front, with me pushing, then catching up (utterly exhausting walking - even in the skidoo track up to the knees and above!)

On the last of the snow drifts it was clear we were not going to get any further. Yordan pointed out that the summit was visible ahead, no more than 50m. I had no choice but to setup there, no chance of walking any further without snowshoes!

The dipole was hoisted to around 8m and I then attempted to activate on 20m, 40m & 80m. I had the radio sat on the back of the skidoo because it was just sinking out of sight when put on the snow!

There was a PA/Dutch competition on 20m requiring contacts with PA stations so finding a clear frequency was challenging and resulted in several spots via the UK SMS Gateway. I got two contacts from 11:15 UTC EA2LU & PA1BR, then one on 40m at 11:26 DL8DXL but this was unconfirmed. I tried 80m with no joy. I then had trouble with my phone so couldn’t spot. Eventually I got a signal again and moved back to 20m where at 12:06 DL3HXX responded followed by DL8DXL (thanks for persevering) and PA5KM. I had almost called it a day before these last contacts due to the cold - I had three layers on top and bottom! We had already man-handled the skidoo in a 180 degree turn. The return was less eventful following our previous tracks - but at the start the tracks had been filled in around 2/3 with new snow fall. Yordan confirmed that in all the time he’d been ascending this mountain he’d never encountered such challenging conditions!

Following a post to the LZ SOTA group it was pointed out that activating near a vehicle is not allowed. Further it was questioned whether I was in the activating zone. Following analysis of photos and map provided I would estimate that we reached within around 100m of the activation zone. In this case operating near a vehicle was simply an operational convenience - I was using the FT-817’s internal battery which coped admirably with the power setting overridden and ‘maxed out’ at 5w. I’d forgotten how much of a challenge SSB QRP can be!

So, even though I won’t be logging for points this was certainly my most extreme SOTA outing to date, Yordan proved to to me how valuable friendships can be in this hobby, what enthusiasm for amateur radio can achieve and is a true ambassador exhibiting all the values that I’ve been privileged to witness on numerous occasions from radio enthusiasts. I hope I exhibit the same standards by being true to SOTA. 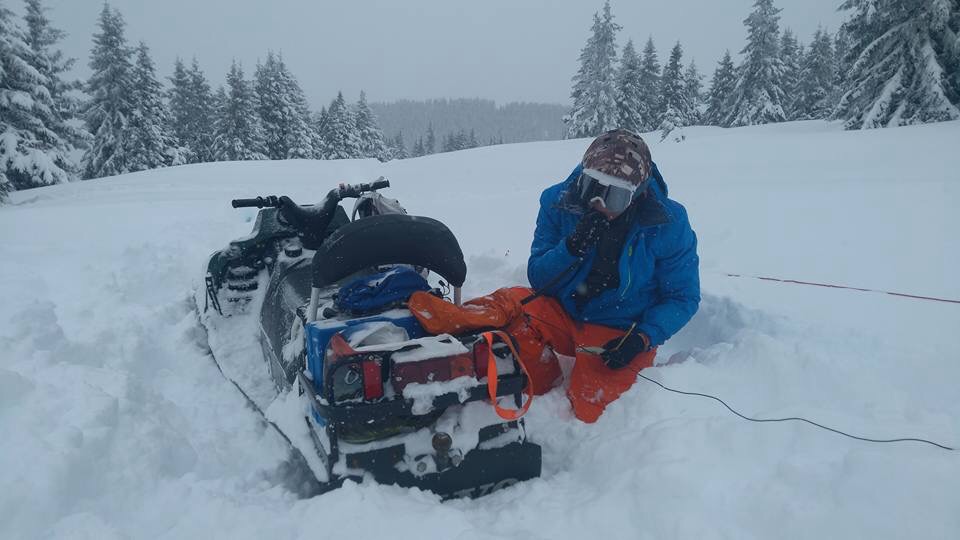 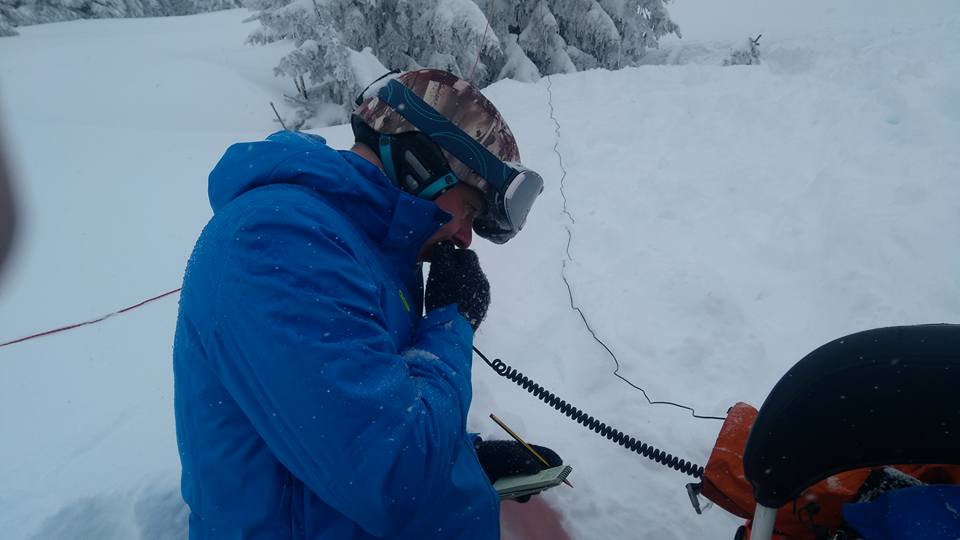 I had the radio sat on the back of the skidoo because it was just sinking out of sight when put on the snow!

That was the problem Mark, Had you laid your jacket or something on the snow and operated from that rather than the motor vehicle, you would have been OK.

My simple rule, if someone left with the vehicle could you keep operating as you were doing? If Yes it’s OK, if no, it’s not - the distance from the motor vehicle isn’t important. Just on it, in it or connected to it, isn’t allowed.

Great effort, and thanks for being honest!

Well, you had a good adventure by the sound of it, and thank you for the write up. I’d probably swap a skidoo trip like that for a run of the mill activation any day

You gave it your best shot, and were unable to get into the AZ because of the snow - no shame in that!

Operating from the vicinity of the vehicle becomes irrelevant in that case, which is just as well, otherwise you’d be kicking yourself and thinking “why didn’t I just hold the rig up”…

Good rule of thumb. This is the first time ever that I’ve been anywhere near a vehicle on a summit, so just pure ignorance on my part. Exceptional circumstances I would say!

For future reference here are the maps I was provided with indicating the activation zone. 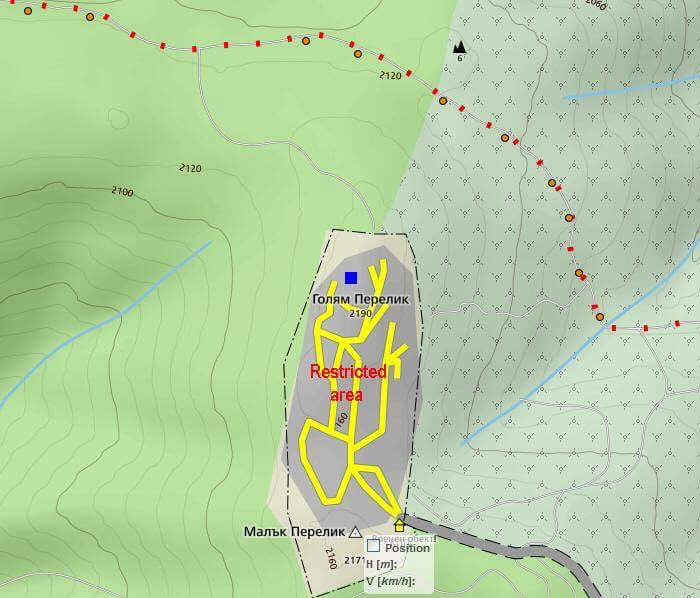 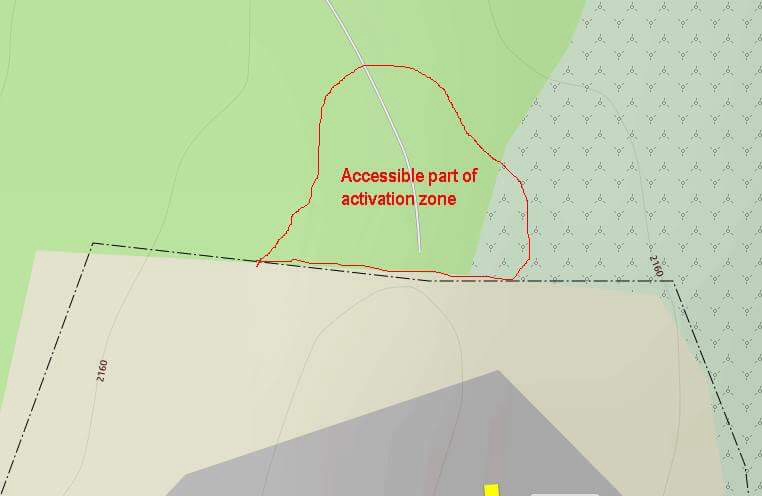 Hi Adrian,
Mark says he set up 50 metres from the summit - that could easily still be in the 25 VERTICAL metres activation zone.

Mark, I see you’ve now added some maps showing the activation zone - so were you within it or not?

I’ll have to check with Yordan, he will be able to pin point on a map where we stopped. I didn’t have a GPS with me. I would still need a ruling over operating near/on a vehicle though. My understanding from the maps however is that the activation zone is actually in the army base with only the small indicated area in the same 25m contour. 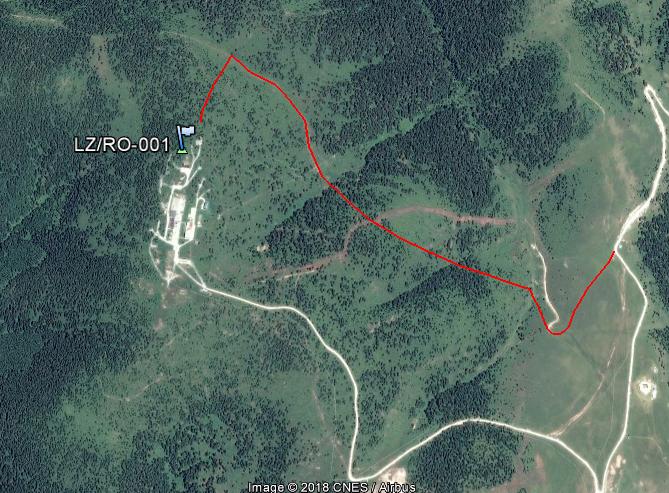 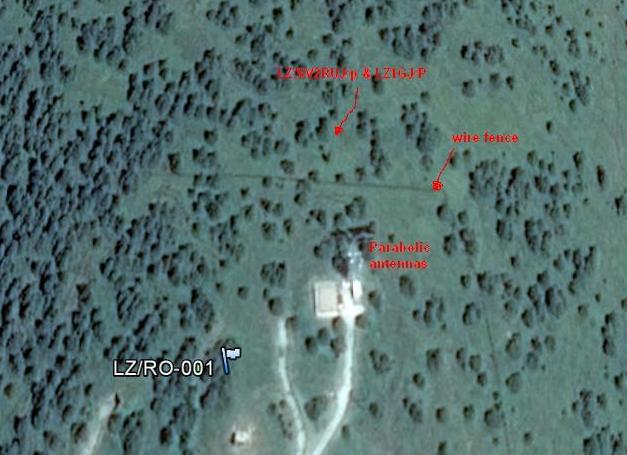 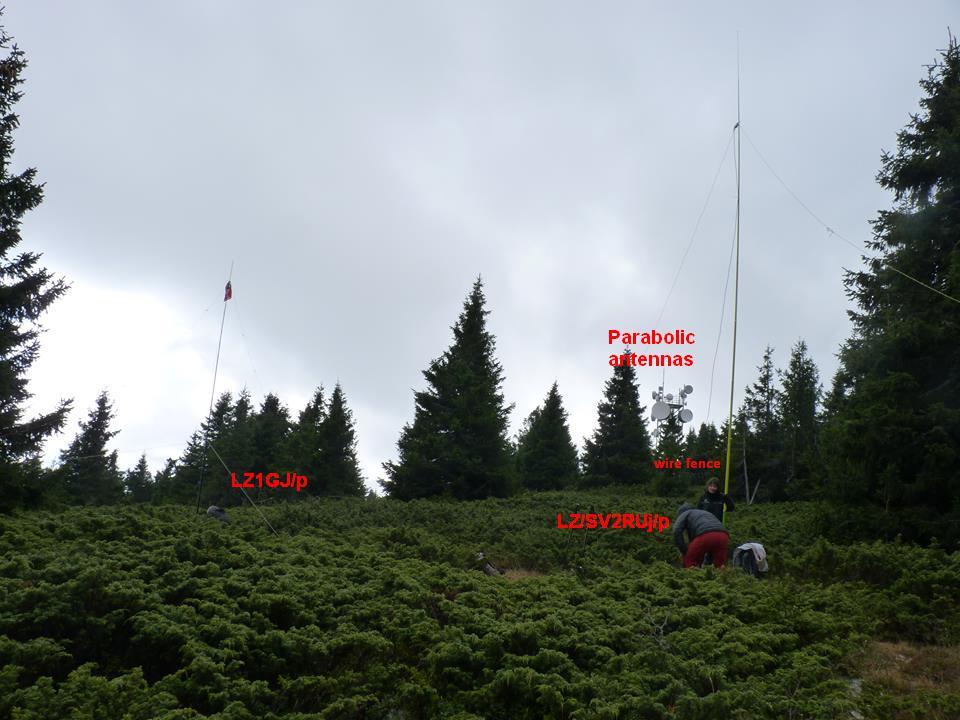