I don’t tend to look at the SOTA home page very often and just for curiosity I just had a nosey.

I have to agree with the post above by MD7MUP that there are a lot of links and a lot of text which looks intimidating.

There’s so many facets of SOTA and to a newcomer it must be a pretty steep learning curve - I think this needs acknowledging. Those of us who started SOTA early in the program have seen gradual introduction of the awards, websites, and certain rules, so our journey of discovering SOTA will have been vastly different to the journey of discovery found today.

As a fairly new ham myself, I had initially not realised that in general contest QSO’s count even if the QSO partner does not enter a log (where was that explained ?)

It is the second item on the FAQ page. “Any legal contact from a summit is acceptable.”

I see you went for IoM’s biggie! I hope the weather was better up there today than down here in Somerset. I’ve looked up the summit and am surprised to see a Cafe so close to the peak. Was it open?

The weather was normal for Isle of Man in January: low cloud and high winds. I struggled to get my 4th contact in because my hands gradually stopped working, and once I was done I couldn’t undo the zipper on my bag in order to replace the notepad, so I carried it down instead. I opted for GD/GD-001 because it’s a 10 minute drive from my house and the 231m ascent is via a path, which took just 20 minutes. The other peaks would have taken significantly longer and weather looked changeable, so I bagged the biggie. Predictably the Cafe was shut. 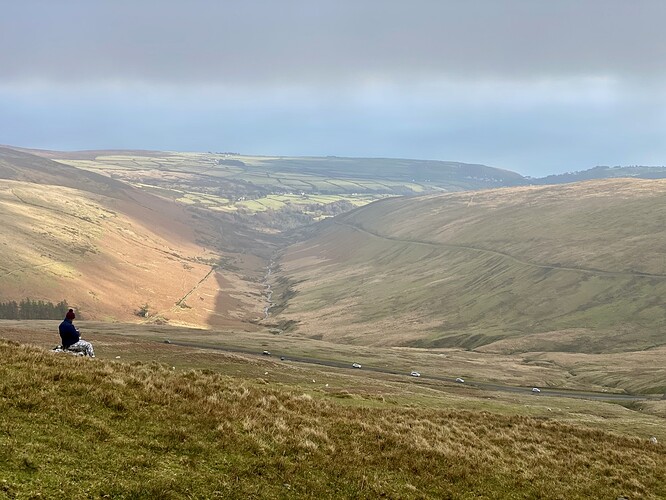 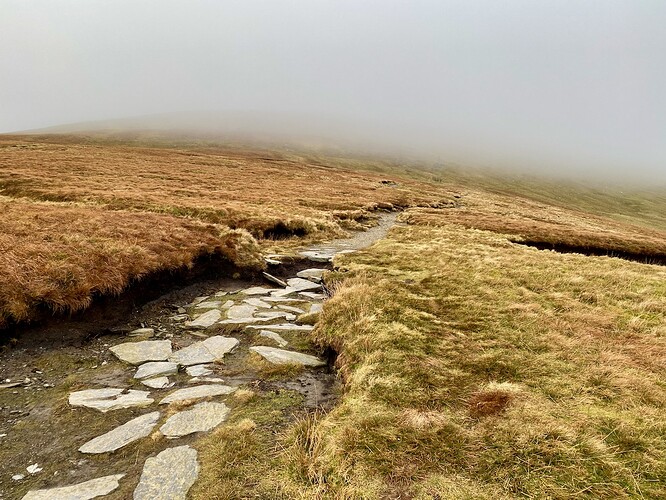 The bonus points are because it’s winter. S2S contacts are scored separately.

That makes sense, but next time I want more than 3 bonus points for hill-fog and 30 mph winds.

And have to be entered into the database seperately

Good - call! Thanks for highlighting this important point, which I’d have completely missed. Makes sense when you think about it; there’s no UI element to indicate a S2S when you’re logging contacts on an activation, and while I’d have snuck a check-box in there somewhere the designers likely have their reasons for omitting this. Thanks again.

So when SOTA activators complain that the band is full of contest stations - either respond to CQ calls or call “CQ contest” yourself as well - you will probably get replies and they are valid for both sides.

I think this thread is in danger of drifting away from the original topic, but I have to ask: is SOTA viewed as ‘contesting’ in context of those bands on which contests are forbidden? Sorry if that’s another n00b question - best to get these out of the way while I still have an excuse.

My point was more related to contests, where this wasn’t made so clear

Yes, a first look at the General Rules, all 23 pages of them, is quite intimidating - and in truth much of what is there is of little significance to a newcomer, or even an old hand. Everything that a participanting ham really needs to know is contained in 3.7 Rules for Activators, 3.7.3 Code of Conduct, 3.8 Rules for Chasers, and 3.13 Awards. The rest is the nuts and bolts of how SOTA is organised. The newcomer does not need to know how summits are defined, how the points are allocated, how Associations are organised and so on, all he needs to know is that it is all properly organised and the menu of summits to activate or chase can be relied upon and the information is accessible.

Sometimes, though, the Management Team are almost in despair at the queries that they receive, queries that would be answered merely by the questioner firstly looking through the GR or the FAQs. It really is all there!

My point was more related to contests, where this wasn’t made so clear

Contest contacts are legal so they must count for SOTA. If they were not legal then we should not take part in contests!

I would recommend John @G4YSS guide at Introduction to Activating

but I have to ask: is SOTA viewed as ‘contesting’ in context of those bands on which contests are forbidden?

No, SOTA is an “Award Scheme” so it’s permitted on bands closed to contests.

Now there’s a discussion that’ll stoke many a viewpoint. The WB amount is chosen to provide some incentive to activators to be available more throughout the year, but not so much incentive that they go and do stupid things by pushing beyond their own limits for the sake of a larger prize. Some associations have a WB that is aligned with their summer period as winter is not harsh, and summer represents harder conditions to operate in (heat, humidity, monsoon, etc)

Yeah, that happens. Almost every time.

Good - call! Thanks for highlighting this important point, which I’d have completely missed. Makes sense when you think about it; there’s no UI element to indicate a S2S when you’re logging contacts on an activation, and while I’d have snuck a check-box in there somewhere the designers likely have their reasons for omitting this. Thanks again.

There’s a program called Fast Log Entry which some of us on here use. There is a learning curve but you will find help online. I use it almost exclusively now for SOTA logging as the program will generate an ADIF file which you can upload to the SOTA database. Doing it this way it will include any S2S contacts as well as your normal activation points. You don’t have to enter anything twice. The same ADIF file can also be squirted into your main logging program, I use SwissLog so you don’t have to enter any QSO more than once.

A quirk of the SOTA database shows up if you upload a log which includes an error. You can delete it in the database and then upload a corrected version but if there were S2S QSOs these will throw up an error message as a duplicate. This is because if you delete the log in the Activation section it doesn’t delete any S2S entries. You have to go in and delete those individually before you can upload the log again.

I am planning on giving a live stream demo of fast log entry, how it works, how to log on paper to match the programme and then how to use my ADIF Processor to get the most out of your ADIF file. Also what happens to my ADIF files after that - including SOTA logging.

I’ll let the group know when this will happen.

quirk of the SOTA database shows up i

Or use the “Manage Uploads” command which was written to handle this for you so correcting your errors is simple.

Or use the “Manage Uploads” command which was written to handle this for you so correcting your errors is simple.

I really must read the instructions some day! But thank you, I’ve just made use of that facility. Very useful now I know what it does.

To be fair, I started with an introduction mainly to justify use of the Introduce Yourself flag, because I couldn’t find one for asking basic questions. Apologies if it’s there and I missed it - I use a lot of forums and this really is a very very good one, so I was surprised not to find a ‘n00b corner’ as such.

There’s a program called Fast Log Entry which some of us on here use.
[snip]
I use SwissLog

Thanks for both of those pointers. I’m actually casting around for a better solution than putting my QSOs into a spreadsheet but as you’ve probably worked out I’m a fussy b***er and my criteria is as long as this thread. I’ll check out FLE and SL.

Well then, VK Port-a-log may be the answer you’re looking for.

I like to log with pen and paper. Even my touch screen compatible gloves are a pain to use with my phone. I also like to use a real map. No batteries to fail with either of these.

Back at base FLE makes it easy to generate an ADIF.