My First Microwave SOTA on 3cm's

My Pal Chris M0KPW, had a week off work and we decided to do some SOTAing if the weather played ball.
We managed Helvellyn G/LD-003 on the Tuesday, I took my usual QO-100 kit.
Today Chris fancied our local one Blackcombe G/LD-030.

I was going to go for just the walk, but on the spur of the moment when I got up, I striped down my 3cm’s station and quickly built up something that would go in the rucksack.
The Horn aerial and the feed were from the “Junk box” and had never been tried before, so I thought I would go for a bit of Beacon spotting.
I copied the local one GB3OSW at 156km’s then I saw there were a few folk on the microwave chat page. I put a message out, first to come back was G4YTL, unfortunately we did not make it.
Then Neil G4DBN messaged, we tried on CW first and nothing then he raised his dish 2 mtrs higher and bingo, 539 CW, followed by a SSB QSO. Neil said he was beaming through a nearby building, so not bad going.
I may see if I can fine tune the setup and have a go at a few 3cm’s SOTA’s this year, to qualify on that band would be great. 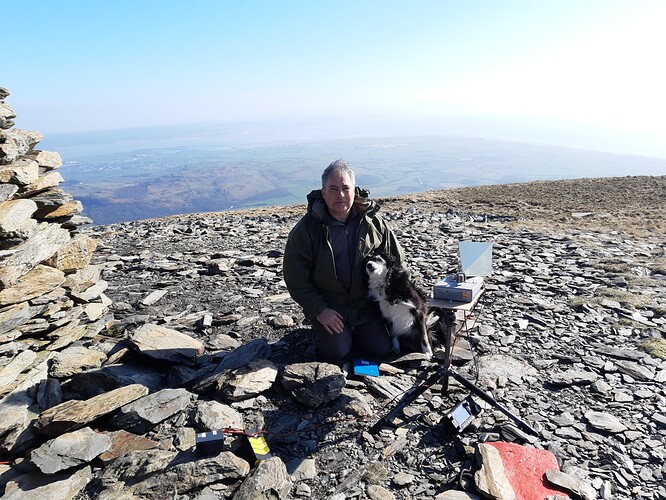 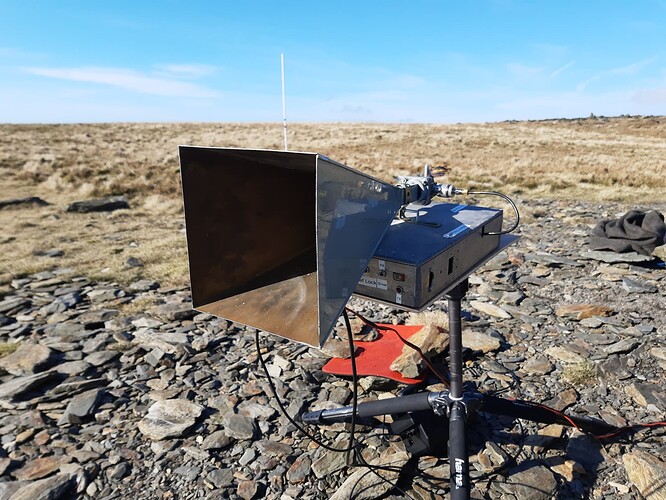 I can’t believe that’s Black Coombe, its never like that when I go there;-)

What make is that tripod Nick? my cheapo one its too good if there’s a breeze and that looks loads better

I looks a pleasant day, but the wind was very strong and it brought the windchill down one heck of a lot.
For most of the time I managed to get some shelter, but to get IO94, I had to take the full force of the easterly’s
The tripod is great is very versatile and lightweight, its a Hama “Traveller Compact Pro” it appears that they are not available new, but the usual auction site has some listed.