I felt like the nearly 400m ascent was harder than usual and I blamed to the little hiking and the too sedentary life with more food and sweets than strictly necessary over the Christmas season.

It was partly because of that, but I’ve also found another reason for that feel: I had an extra weight in my rucksack because in addition to my fast deployable mobile whip antenna with a short PVC tube and one single wire radial I was carrying for this activation, I still had in my rucksack the about 15m of RG-58 coax plus the four 5m long radials I normally use for my 7m fishing pole GP antenna used in my last activation + the GPS and the 4 batteries, which I don’t need for these regular Saturday morning activations.

I forgot taking them out from my previous activation and this added a not very welcome extra weight.

Anyway, I managed to get to the summit in about the usual 35 minutes, I quickly installed the mobile whip antenna with one wire radial towards the North and started CQing on 14.061 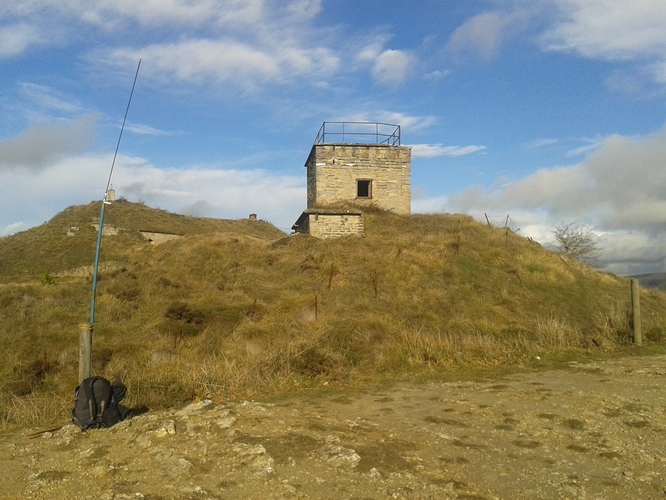 As you’ll see the operating point is lower than the trig point but my new SOTA watch with a well calibrated altimeter confirmed that I was well in the AZ. I was at 880m a.s.l. for a summit height of 895m a.s.l.
It’s not possible to access to the trig point because it’s a military fort surrounded by deep moats as well as a barbed wire fence.

The frequency was clear and I had no replies after sending QRL? so I started CQing and immediately got the first calls.
I had the feel that some of the chasers were having difficulties to copy me because of QSB and QRM. Apparently some other stations started to work on the same frequency and this was causing troubles in the form of QRM to my chasers. I could only copy one very weak signal which didn’t disturb me at all to copy the stronger signals of my chasers.

Despite all this, I finally managed to fill my log with the following QSOs. 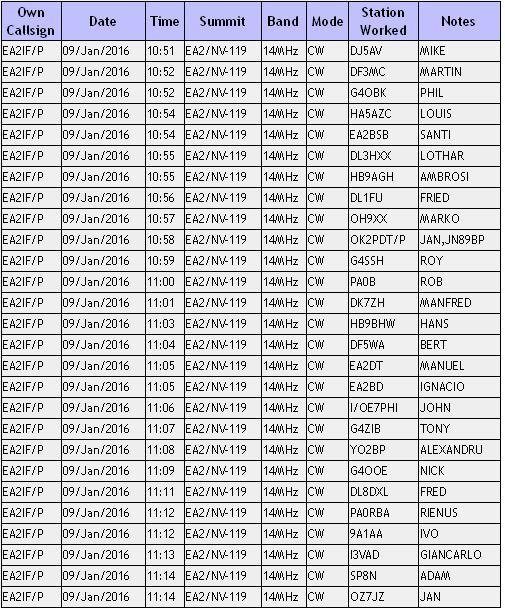 Thank you very much dear chasers for your calls and QSOs.

Glad to be back to the routine after the Christmas break.

I still had in my rucksack the about 15m of RG-58 coax plus the four 5m long radials I normally use for my 7m fishing pole GP antenna used in my last activation + the GPS and the 4 batteries, which I don’t need for these regular Saturday morning activations.

Aha - Snap! Done the same myself on a few occasions and regretted it. Whether it is something left in, or just a “spare” of something I might need in the pack, I really do carry too much up some summits not to use the things!