It was cloudy and the temperature was 18 degrees while I was driving the about 40 Km from our summer holiday QTH in the city of Ferrol to Mt. Pendella EA1/CR-002.
It’s the summit with the telecommunication towers on its top in the center of this picture. 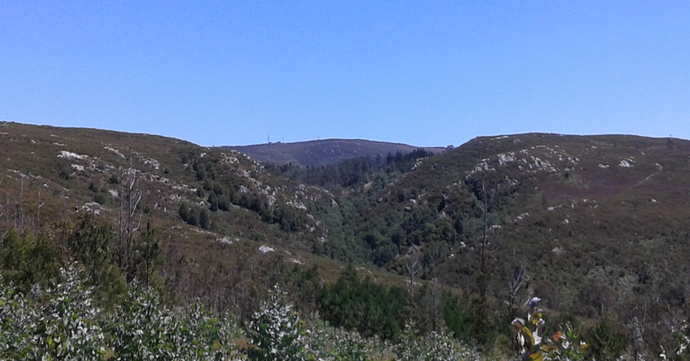 This picture was taken on my way back home.

I parked and hiked for about 20 minutes to the summit on an easy, just gently steep track.

There was a steady wind at the summit, so I put my windstopper on as soon as I got there to prevent from getting cold after having sweated a bit during the ascent.

I attached the telescopic fishing rod to the trig point cylinder and the endfed wire sloped down from the its top to the blue PVC tube in my photography tripod, which I had to load with the heavy stone you’ll see in the picture to prevent it from being fallen by the wind. 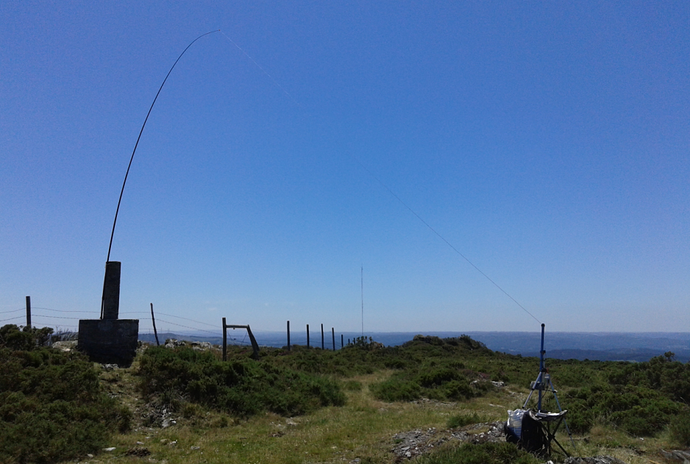 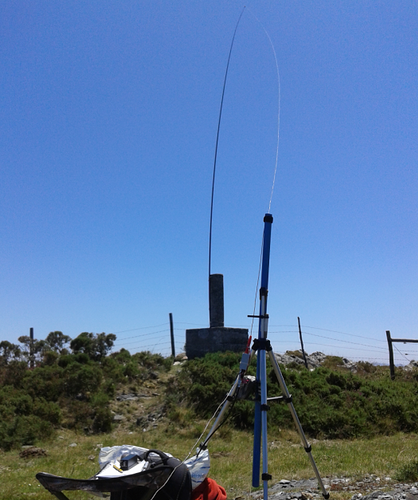 The curve in the endfed wire gives an idea of the wind strength. 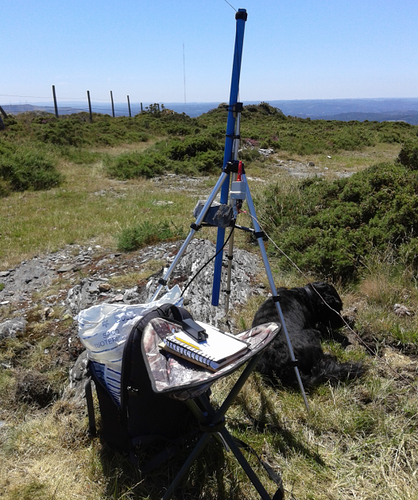 Here you can see the stone loading the tripod.

There was no phone signal in the summit so no selfspotting or SOTAWATCH checking was possible this time.

The first QSO with Ambrosi HB9AGH was logged at 10h18 utc, which is exactly the same time I logged the first QSO in my last activation 2 days ago. What a coincidence!

The second QSO was a DX with Jean VE2JCW, who also spotted me on SOTAWATCH. Thank you, Jean!

From this point onwards, the pile-up was absolutely memorable and I had a great run of 22 QSOs in 23 minutes, one of which was a S2S with DL8DXL/P activating DL/MF-093.

After CW, I QSYed to SSB and this was a completely different story due to not being able to selfspot. Lots of CQing on 14.275 produced only 16 QSOs in 32 minutes. Most of them were non regular SOTA chasers and the highlight was one DX USA with W1OW, thank you!.

By 11h29 I was already CQing on 30m CW after having unsuccessfully spent nearly 10 minutes CQing on 20m SSB without response.

The spot on 30m, brought some chasers and I logged 6 QSOs in 9 minutes.
More CQing without response made me QSY to 40m CW, where I only got Antonio EA4MY on the log. I’ve seen now at home that I never got a SPOT for my CQing on 40m.

No callers to my repeated CQ on 40m made me QSY and I decided to try 17m.
I called CQ and was spotted by RBNHOLE at 12h00 utc, but I didn’t get any response in a few minutes, so I QSYed back to 20m CW.

As soon as I sent my first CQ on 20m CW, I got a DX USA with George N1GB at 12h06 utc. It seemed as he had been waiting QRV on the frequency waiting for me. Thank you, George!

I also got spotted by RBNHOLE and 7 more chasers made their way to my log, the last of which was another DX USA with Leslie K4DY.

By the time I fnished my activation, all the morning cloudy sky had turned into a beautiful clear blue sky. Before leaving, I took the pictures of the set-up you’ve already seen, the summit towers and the views from the top. 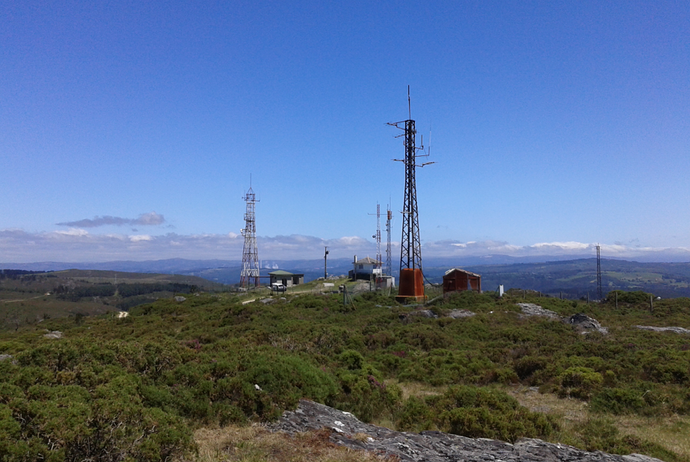 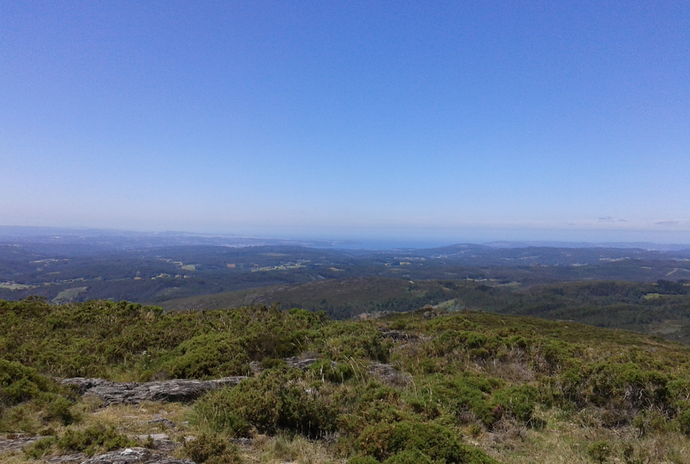 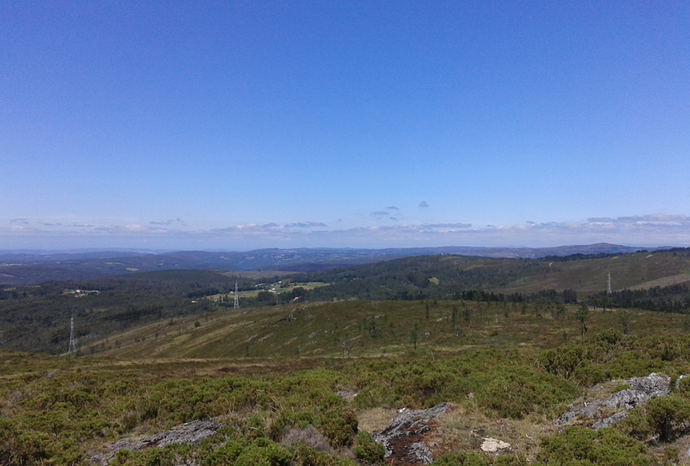 These are some of the pictures I took on my way back home while driving on these sometimes amazingly narrow curvy roads. 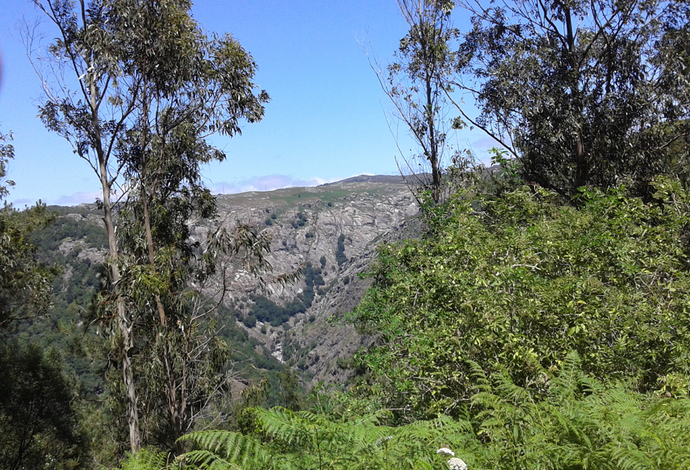 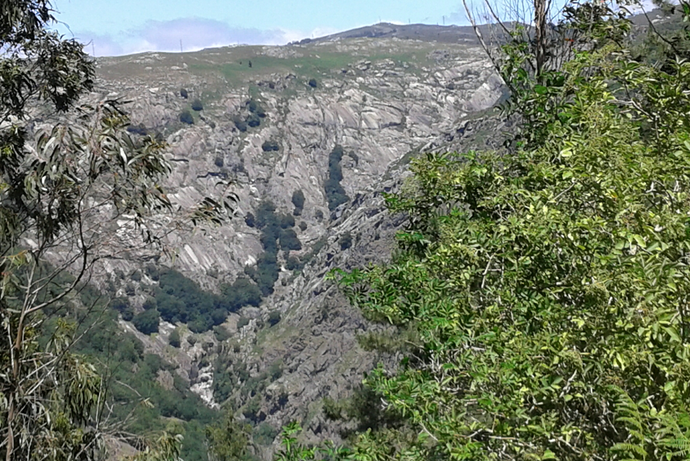 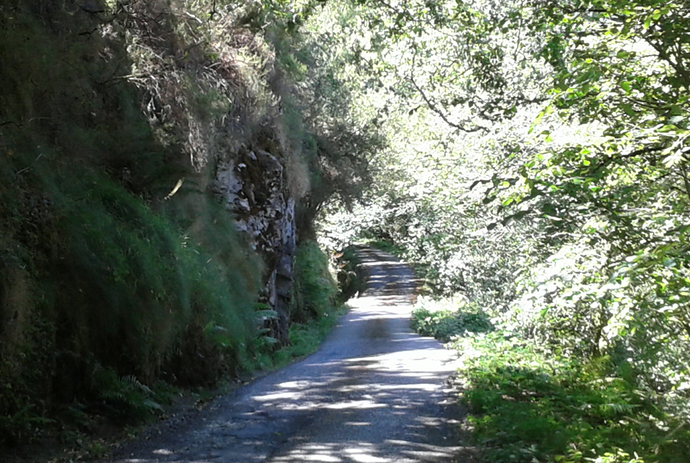 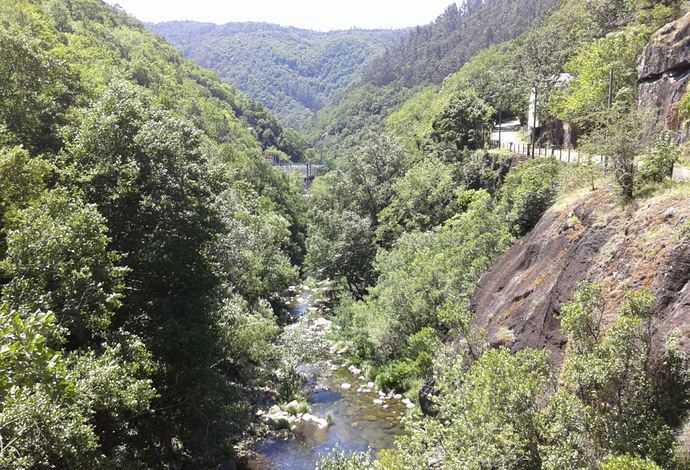 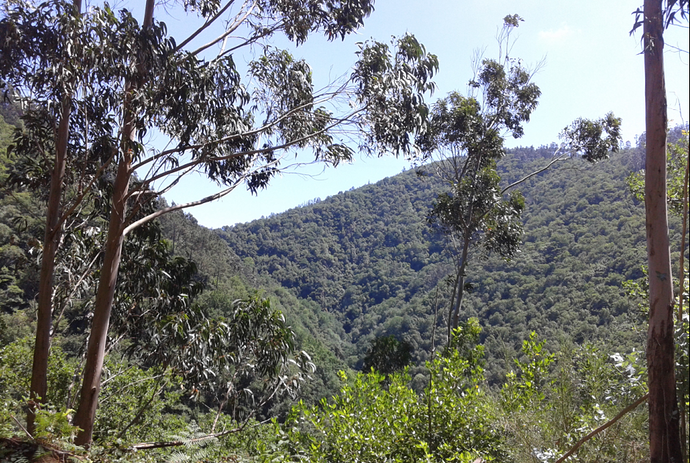 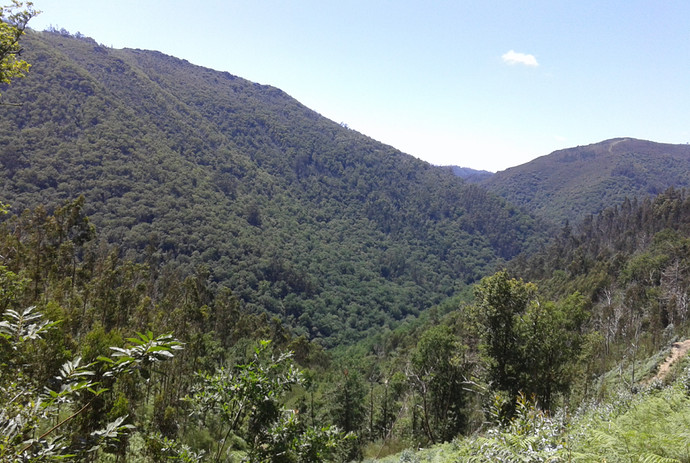 Before finishing off, I want to say once again thank you very much to RBNHOLE for all the very helpful SPOTs, which make life so joyful for activators when on a summit without cell coverage, and of course to all the chasers for their calls, spots and QSOs.

Thanks for the Activation ‘diary’. I enjoy seeing the locations of the stations that I have worked.
I was hoping you would return to 20m, so I did have my radio set to your usual CW frequency while I did other projects around the shack. Propagation to Europe tends to pick up for me around 12:00 UTC.
73 and will be looking for your next Activation.
George N1GB