The target of the day is quite an impressive massive mountain located on the border line between Spain and France. It’s the 1st mountain higher than 2 000 meter a.s.l. as you go from the Atlantic Ocean to the East over the France-Spain border line. It’s summit is 2 017 meters a.s.l.
See what I’m talking about in the following picture, which hasn’t been taken today because we’ve been much closer than this. I took this picture last year when activating Mt. Txorrotxarria. 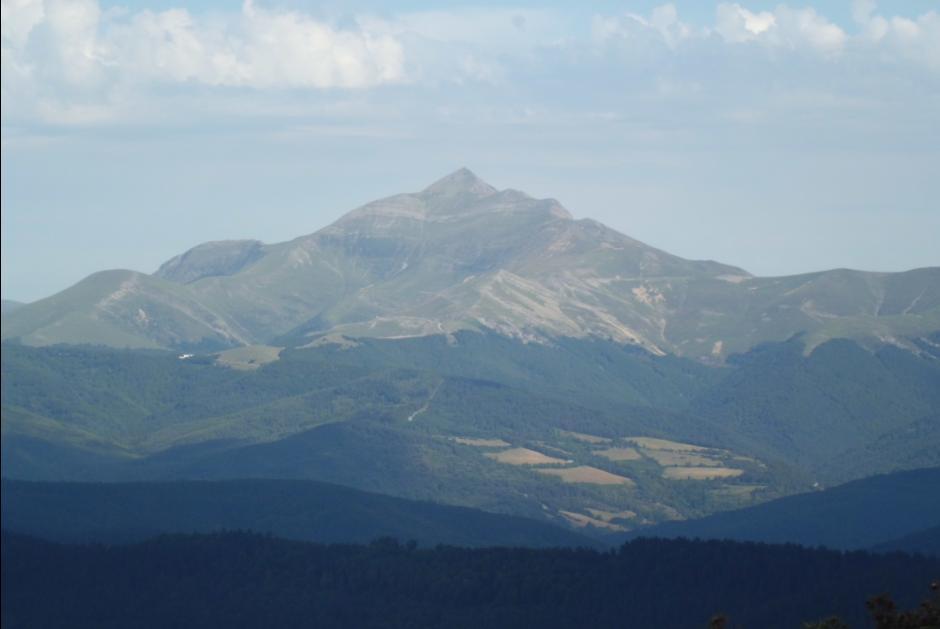 Today I went with my brother Juan-Miguel and his son, my nephew, Alex.
The temperature when we arrived to start point was 5 or 6 degrees centigrade.
We parked the car on the very border between France and Spain at a height of about 1 500 meters a.s.l. The parking spot is at the very right end on the above picture. The road is visible.
The hike starts very steep from the very parking and soon you find yourself pretty high. This is a look back soon after having started hiking. Some cars can be seen parked by the road in Spain. I parked in France just at the other side of a short tunnel whose entrance can hardly be seen in this following picture: 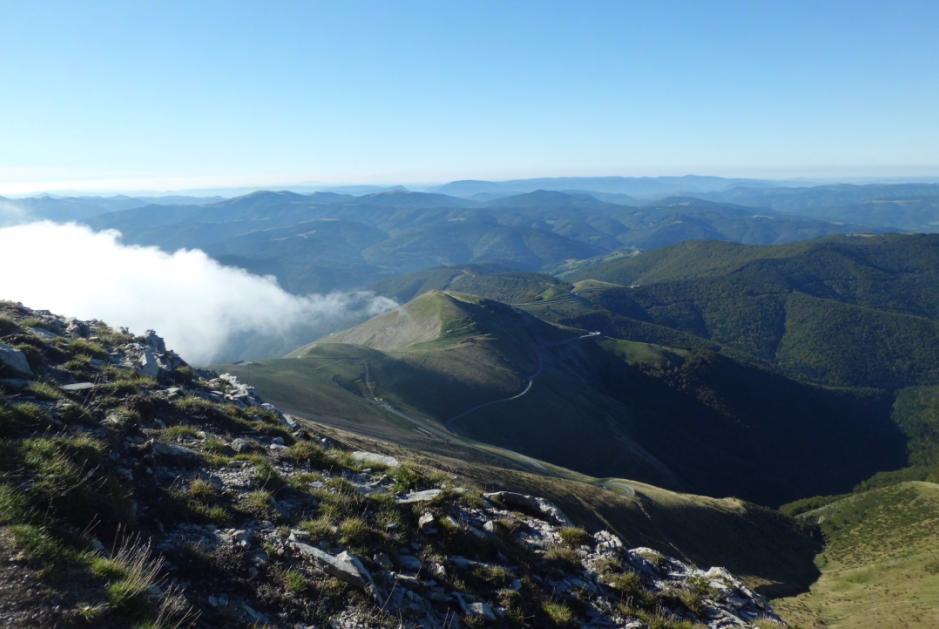 Nice view during the ascent. Notice the clear level line above which no trees can grow. 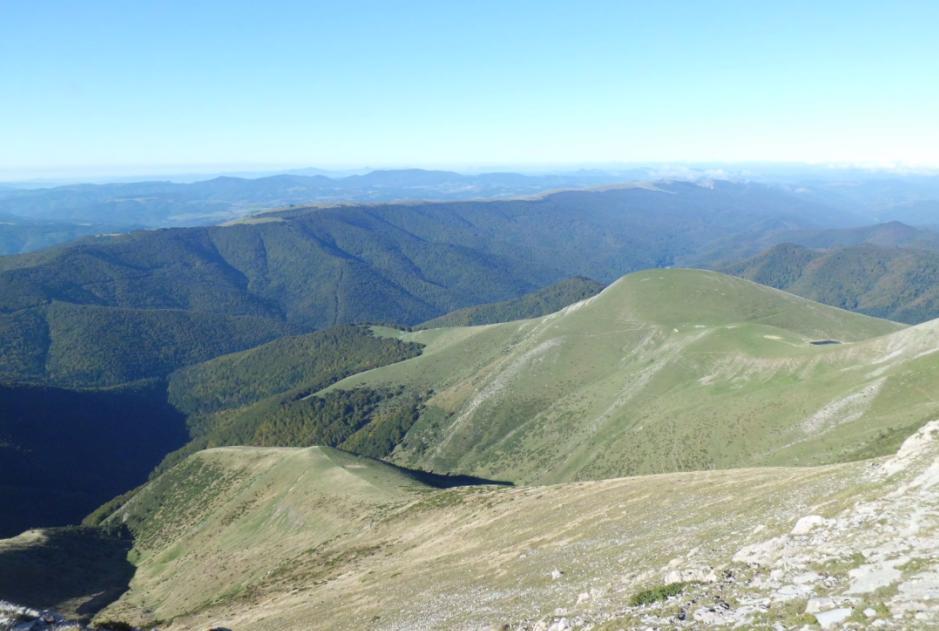 This picture shows our target slightly veiled by the clouds entering from the North (France). 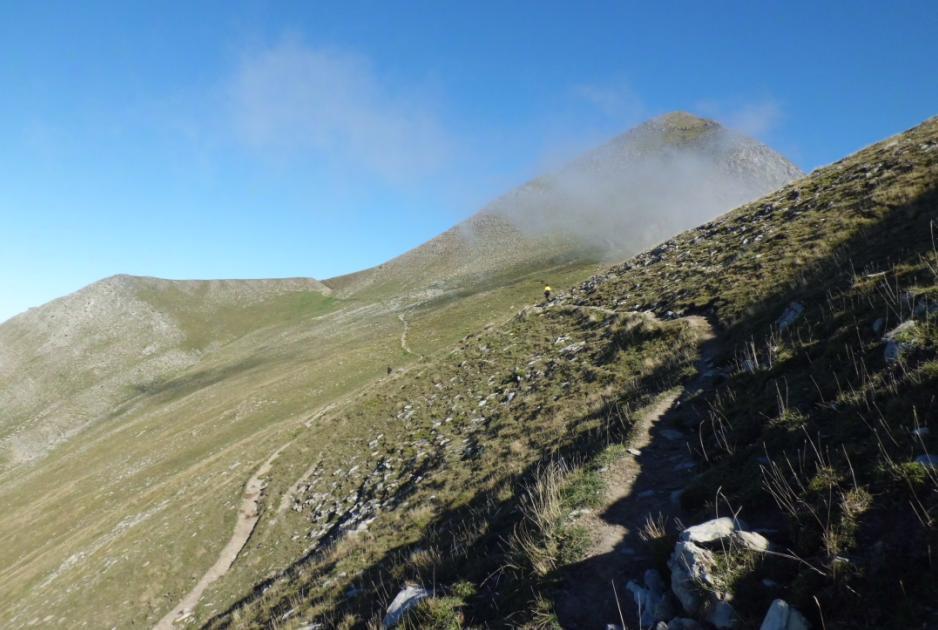 Enjoy the sea of clouds on the French side as we were approaching the summit: 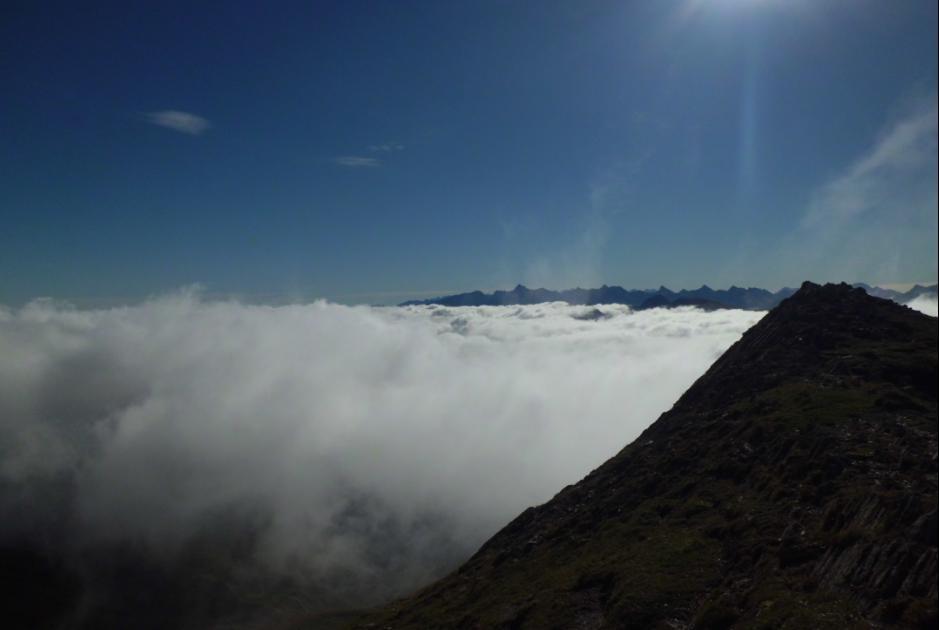 As soon as we got to the summit, I installed my telescopic pole attached to the trig point and I quickly sat down on the south side of the summit to get out of the cold wind coming from the North.
This is quite a popular summit and it was pretty much crowded today. I should have set up further away of the trig point but I didn’t and this is what people was doing while I was operating on 2m FM with my handheld first and later on 20m SSB. 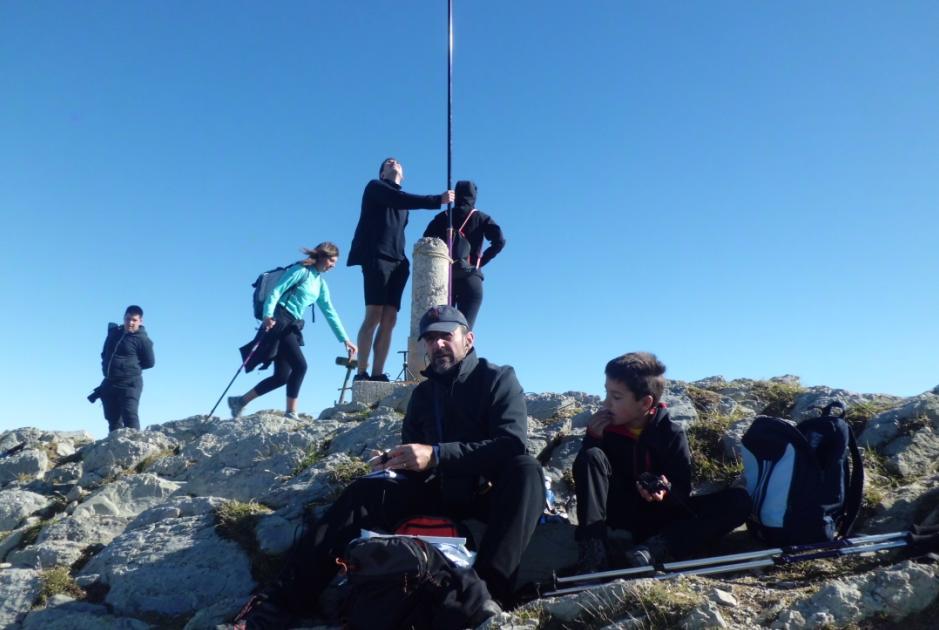 For some reason I easily managed to tune the antenna for a 1:1 SWR but nobody could hear my signals. I was copying the signals in the band quite low and nobody seemed to be copying me because I had no replies at all. I did some simple checks of all electrical conections and everything seemed to be OK. Here I am strugglying and trying to figure out what was going on and why my rig seemed to be transmitting correctly but nobody could here me. 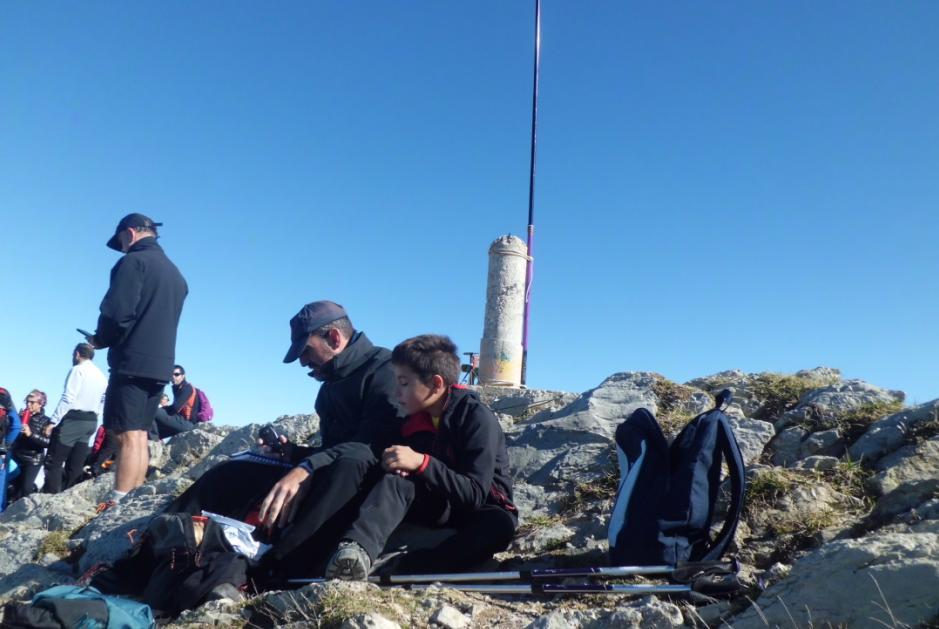 I quickly understood that whatever the problem I would have to find out later at home and not in a such crowded summit. So I quickly packed all my HF gear (see it on the right bottom end of the following picture) and proceeded with the activation under the French reference F/PO-137. 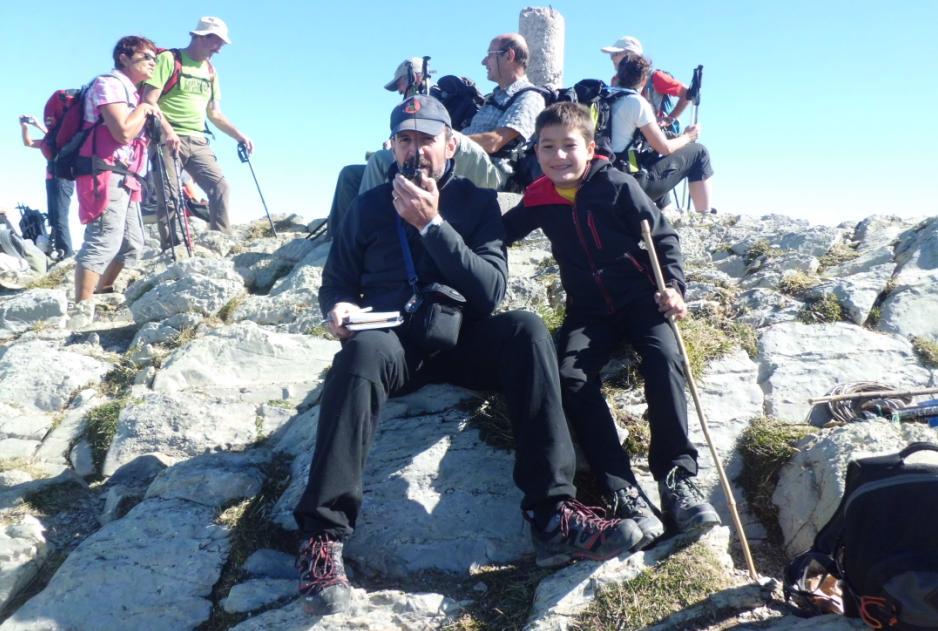 At the end of the day, my handheld saved my activation, as I managed to collect the minimum number of QSOs under EA2/NV and F/PO references on 2m FM.
Thank you very much to my chasers, including a S2S with Javi EB2FDT/1 who was activating a new one today:

When we were starting our descent, the clouds were clearing up in the French side of the Pyrenees. Enjoy these two nice pictures: 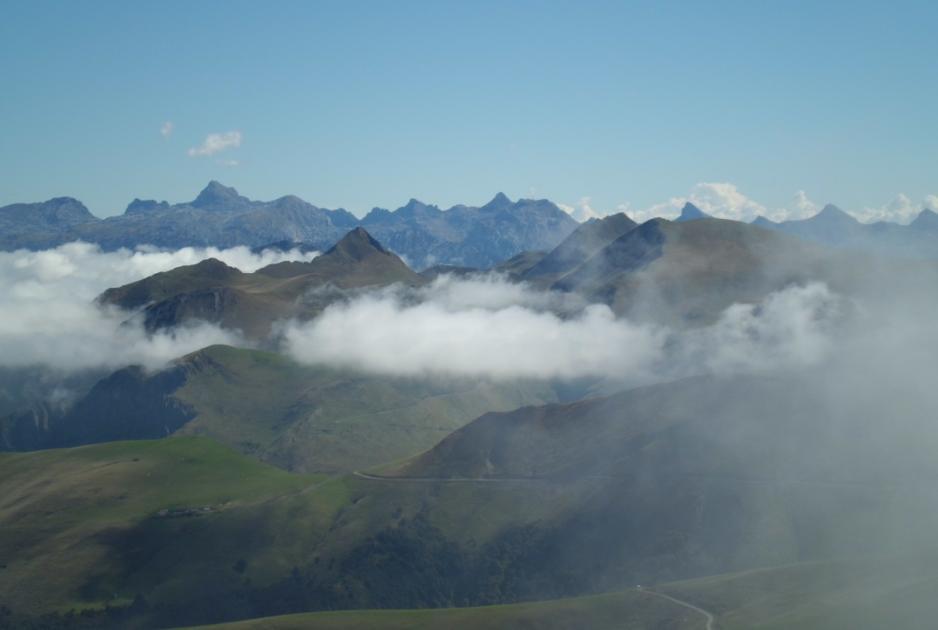 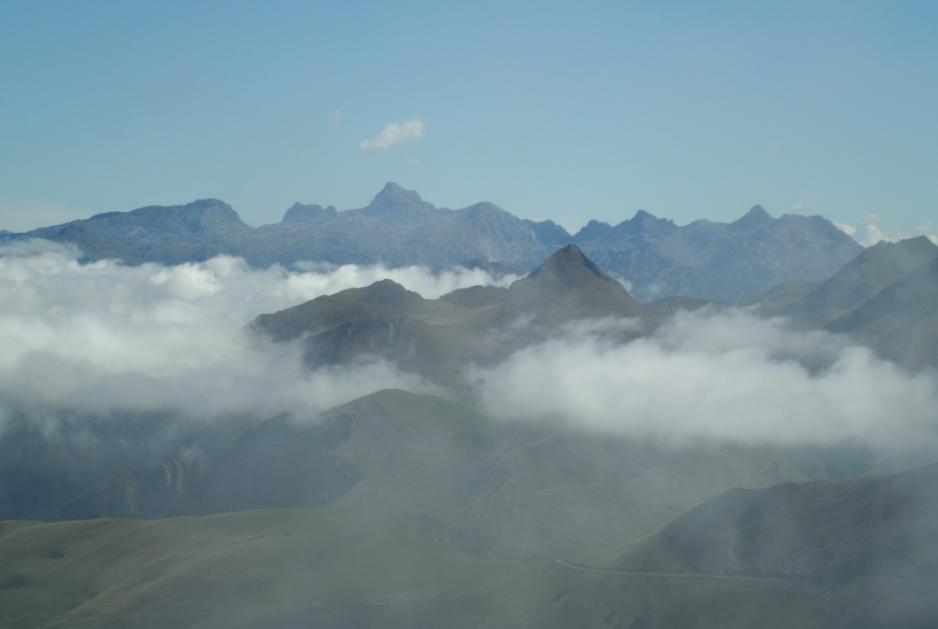 I’m sorry for not having been able to give 10+8 = 18 points to my devoted HF chasers.
At least I managed to get them as an activator thanks to 2m FM

We enjoyed very much this day in our emblematic Ori peak.

Special thanks to Ignacio EA2BD for his continuous kind help and support all along this activation as well as he’s been doing along many others.

I searched, found and repaired the problem yesterday. It was a short-circuit in the RG58 coax cable connector from the antenna to the rig.
I have tested in my garden today everything I had last Sunday at Mt. Ori summit and everything went fine. The problem has been definitely solved.
I hope to be able to activate something soon.
Hope to copy you soon from a summit.
Best 73 de Guru.