Motivation
EA2LU Jorge and I decided to visit a new summit and found this one had been only activated three times and not anymore since 2015. It is near our QTH and there we went.

The nearest village is Lezaun. You can park next the sports center & pelota court. 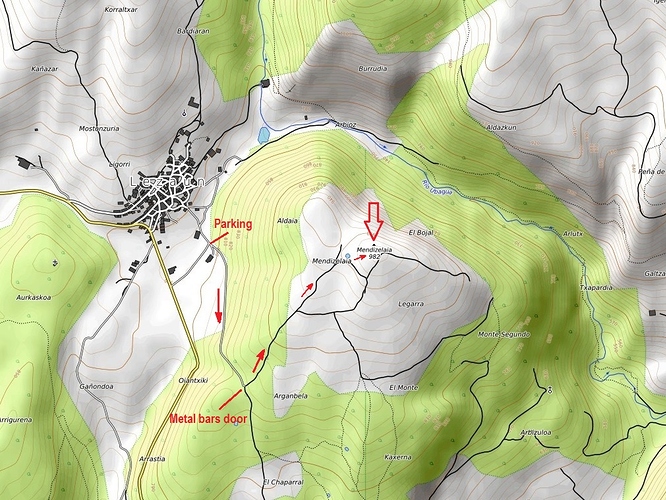 This one is an easy and short climb. From the parking we walked following a concrete road that ends in front of a door with bars, at half the way up: 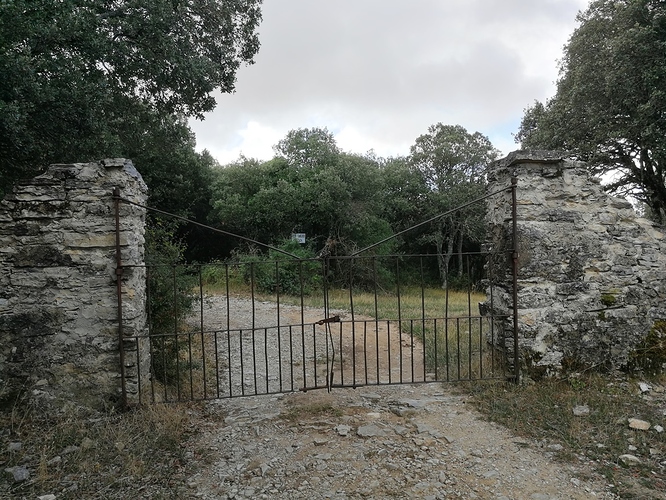 Then we followed an easy path that led us to the summit where we were welcomed by a herd of sheep: 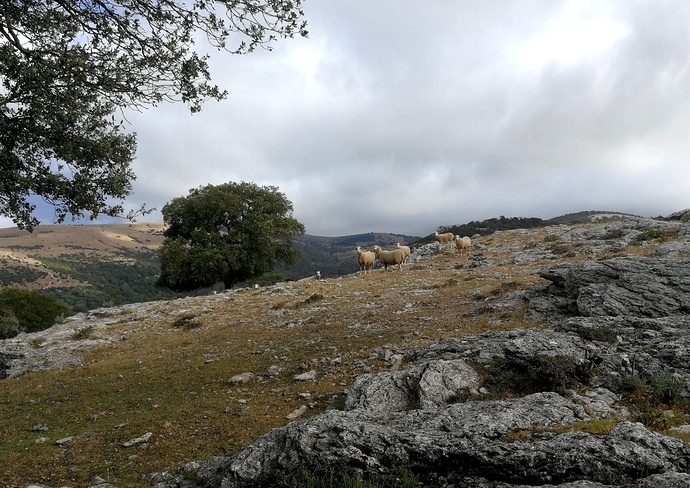 What do you think they guess about us radio activators? 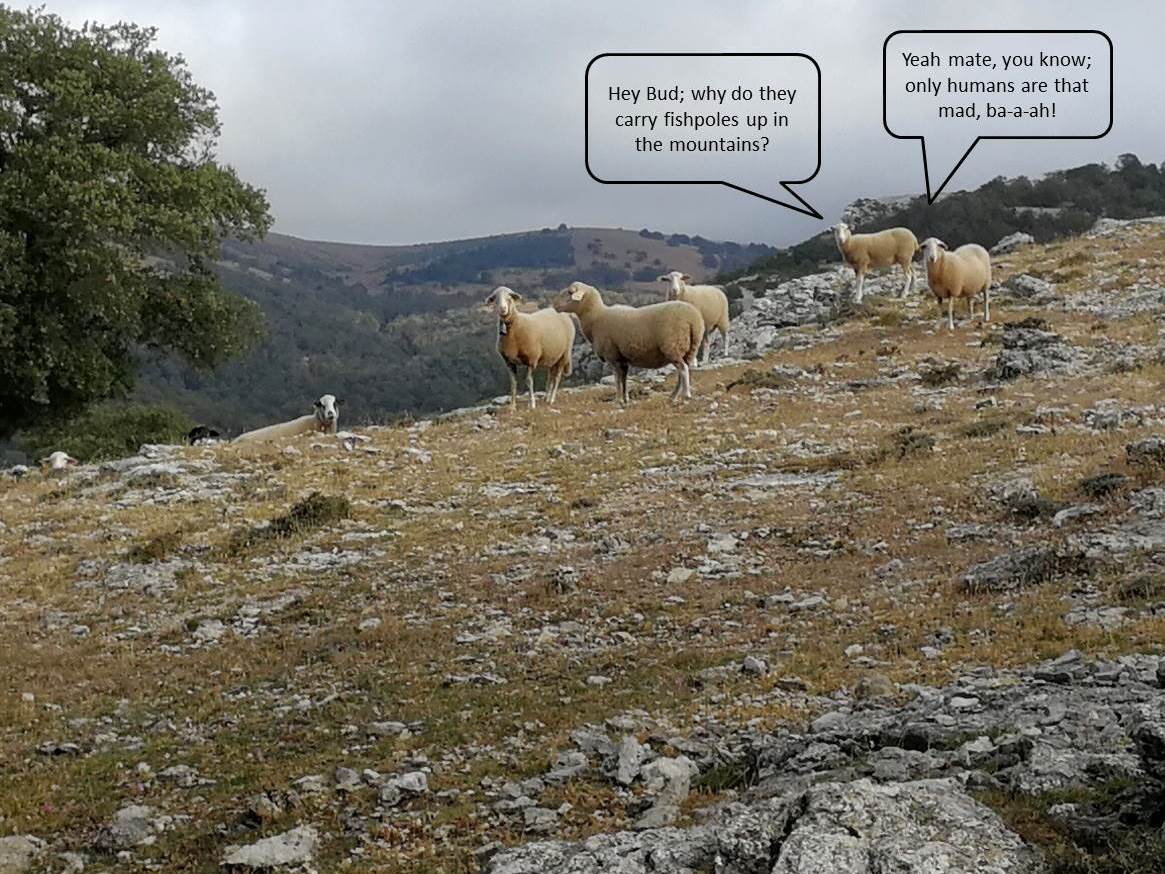 The summit is indicated by a big stone and it is free from trees. Looking North we could see the summit of Mt. Malkasko EA2/NV-053 just in front of us: 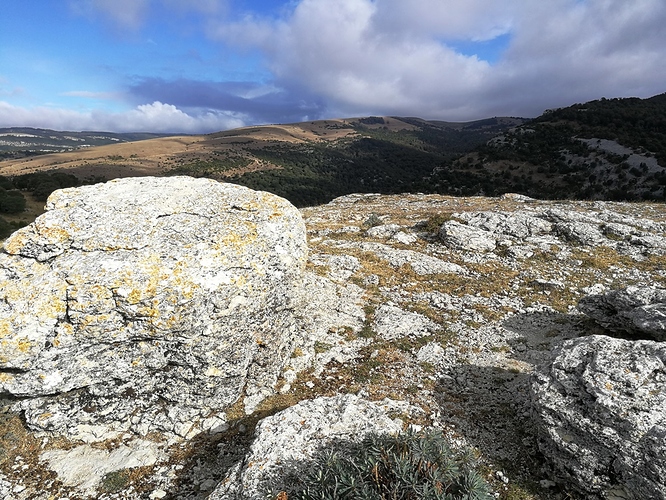 Activation
The weather was not good; wind was blowing hard and there were low clouds, so we decided to speed up and installed our antennas. It took a while to be able to hold the ropes as the wind didn’t cope but there were plenty of loose stones and finally managed to used them holding the ropes. 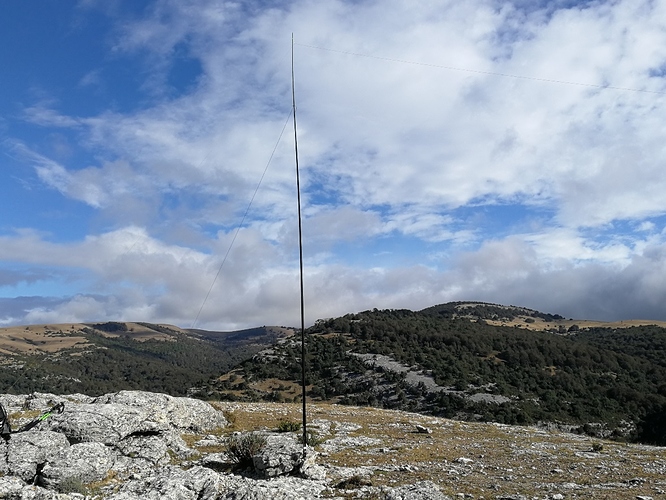 I walked a bit further appart to install the EFHW. It was rather difficult, not only because of the wind, but because my wire got caught with some bushes here and there making it hard to put it up. After some minutes I finally deployed my antenna.
Note the menacing clouds and see Jorge’s pole further apart to the right hand side: 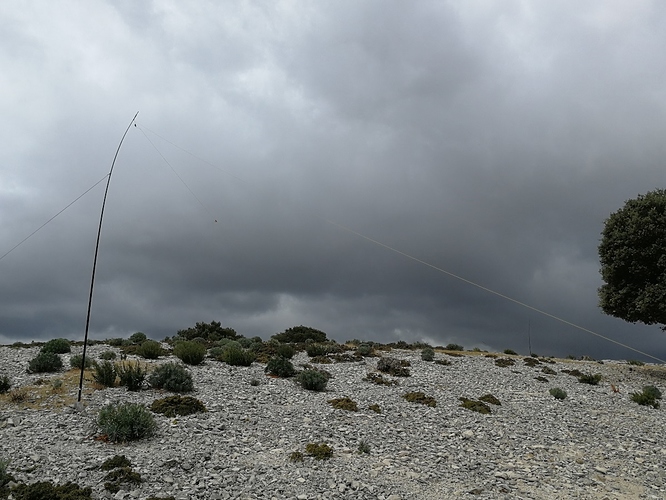 The activation went well but after some minutes I saw some drops of rain in my KX3. I was a bit afraid but it stopped and could get on. Anyway I decided to keep the radio inside my rucksack just in case.

Before leaving we took a couple of pictures of this easy and nice summit where there is a rocky end northbound: 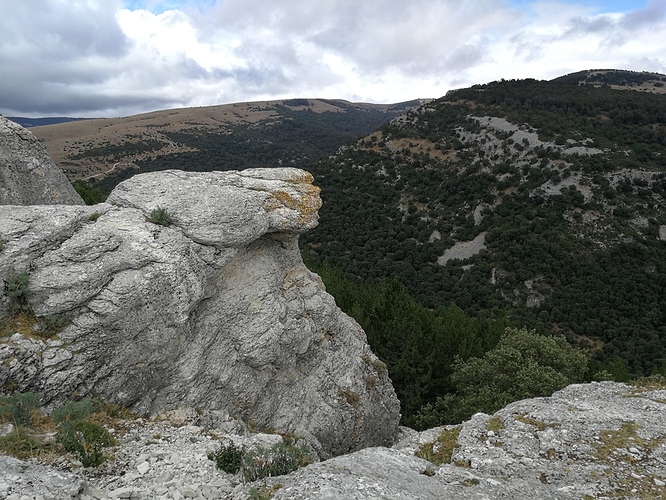 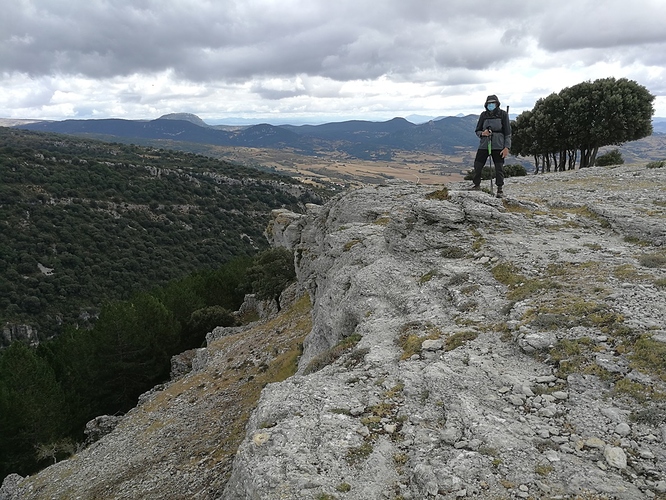 The funny sheep were still there, looking us for a final farewell: 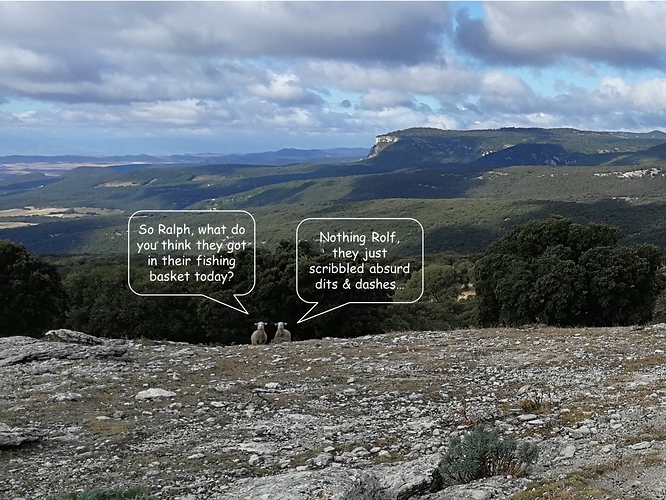 at least it was a change from the usual sheep conversation.