With the arrival of the first snowfall of this winter (previous one was in Fall), my kids asked me to take them to the close Mt. Erreniega to play with the snow.
I proposed them that we would go to the very summit and I would do a SOTA activation while they were playing with the snow. They accepted.
I attached my 7m fishing pole to one of the barbed wire fence, put the 4 wire radials on ground equidistantly spreaded to my side of the fence and I sat comfortably on a portable seat that I brought today to avoid sitting on the snow. 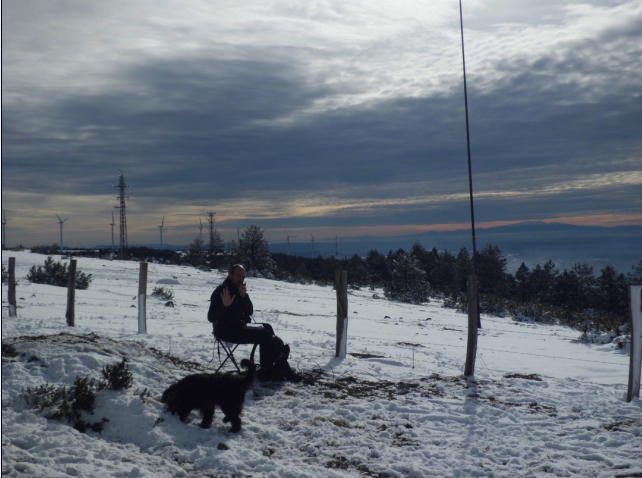 As I switched on my FT-817, the frequency was 14.062 and I heard EA8/OE7ZEE/P calling CQ SOTA from EA8/GC-001. His signal was not strong and I called him several times, but he never copied me

A bit frustrated, I QSYed selfspotted and started CQing on 14.065, which produced a good run of 19 QSOs in 17 minutes, 2 of which were DX with the USA.
When the pile up dried up, I QSYed to SSB, I selfspotted and 26 QSOs entered into my log in 26 minutes, one of which was again DX with N1GB, who had contacted me before on CW.
After 20m, I QSYed to 10m CW, where 3 local colleagues chased me. Ignacio EA2BD told me that an EA2 was working on 28.400, so after a few more unresponded CQ calls, I went there to try a S2S. It was Iker EA2EHI/P from EA2/BI-070 and we successfully completed our S2S QSO.
Then I moved to 28420 and after a number of unresponded CQ calls I decided to announce my QRT because my 13 years old daughter toldme she was feeling cold and she wanted us to go down. But in that very moment, Eloy EA1IEH called me from his QTH in Olvega, giving me a nice surprise. We had a nice brief chat and after good byes, I called a few more times QRZ? just in case someone else wanted to QSO, but nobody else replied, so I switched off and packed up for gathering the kids, the dog and going down for lunch at home.
This is the full log of today’s: 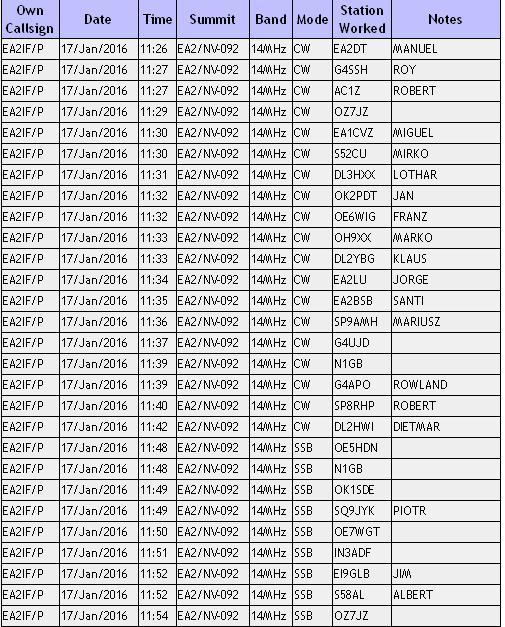 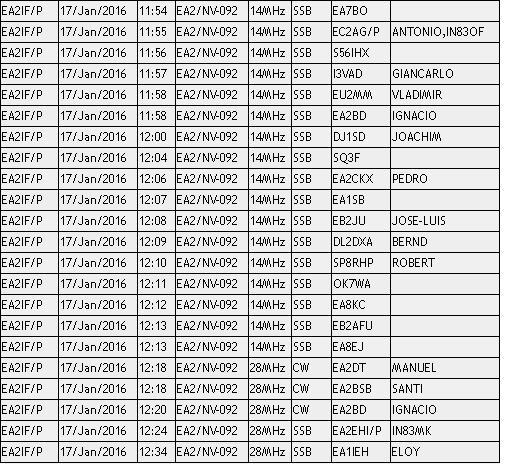 I didn’t want to go down without taking some pictures of the beautiful views.
Let me share them with you.
Down there it’s the area of Pamplona city and the following 2 pictures show the views to the East. 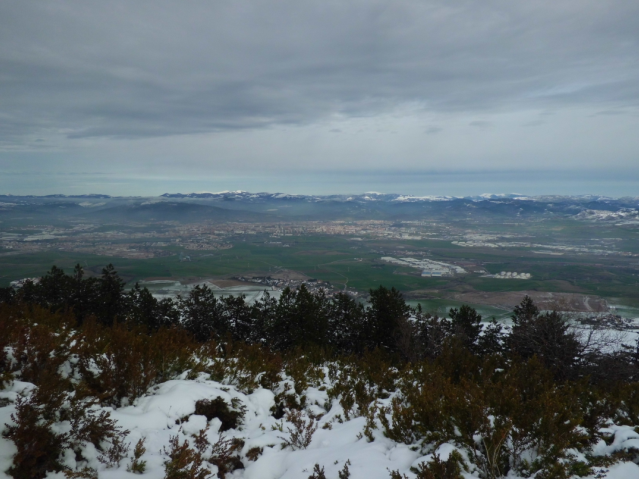 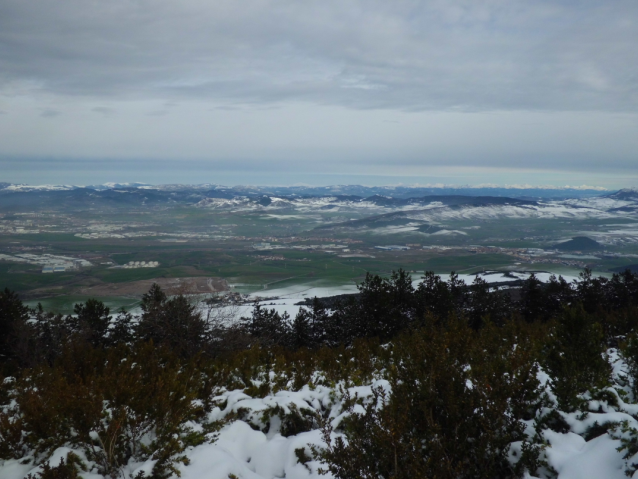 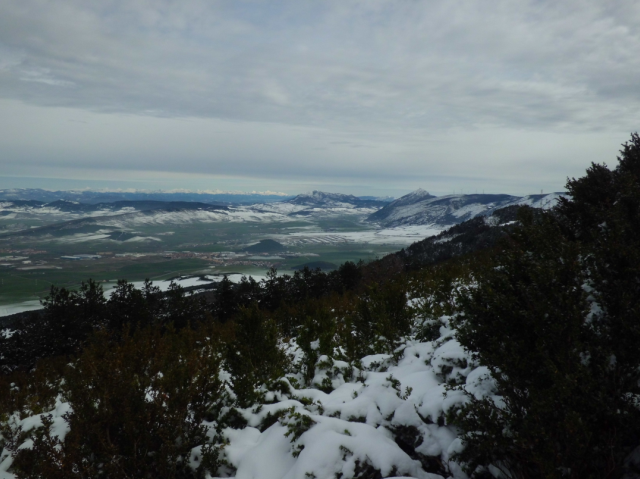 From this picture onwards you’ll see closer zoomed in views from East to West where many SOTAs can be seen. Some of them I have activated before and many others I haven’t yet but I will (hopefully). 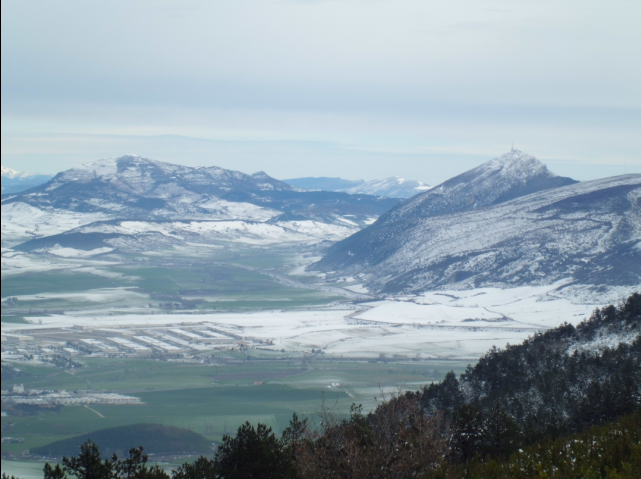 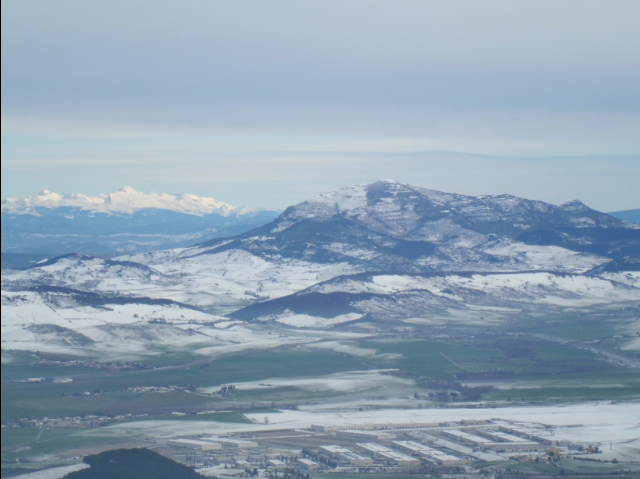 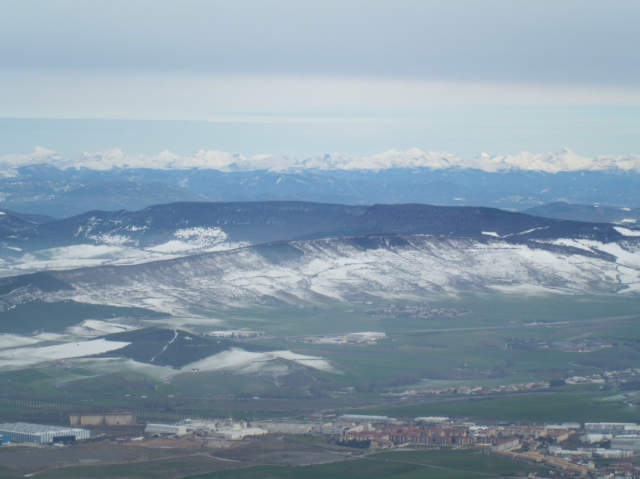 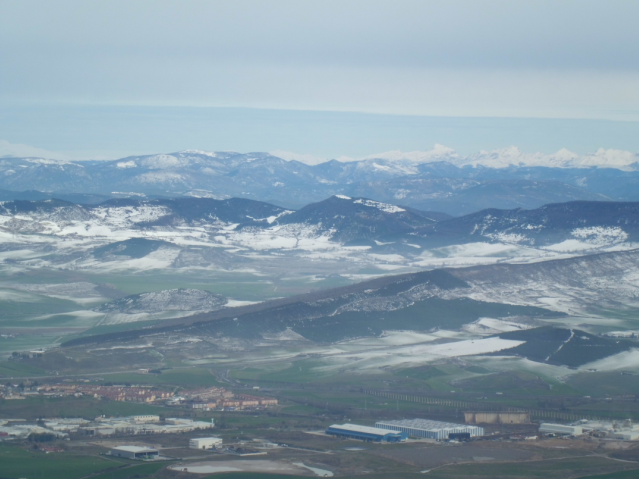 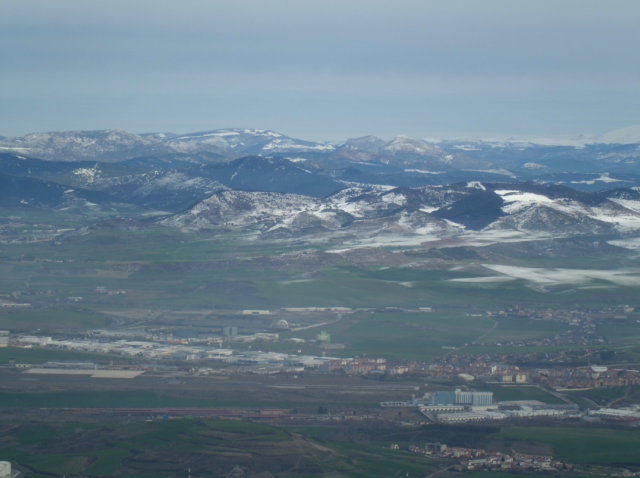 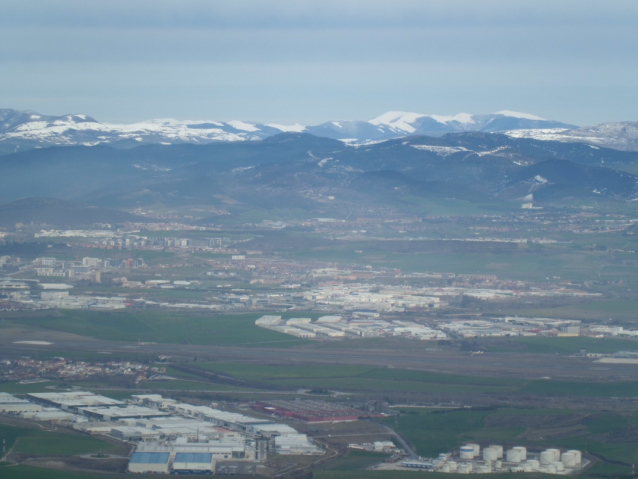 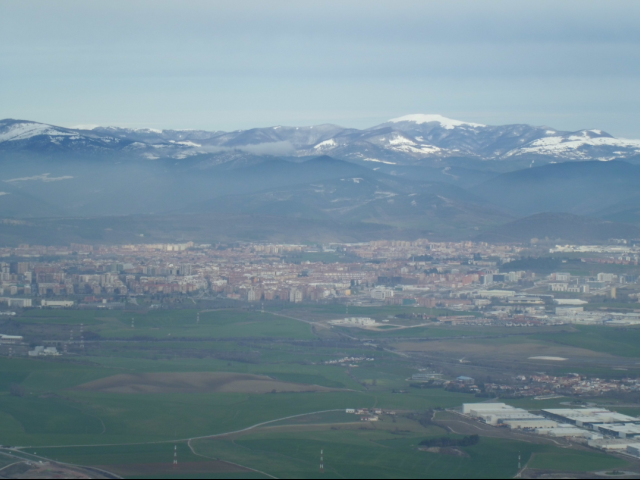 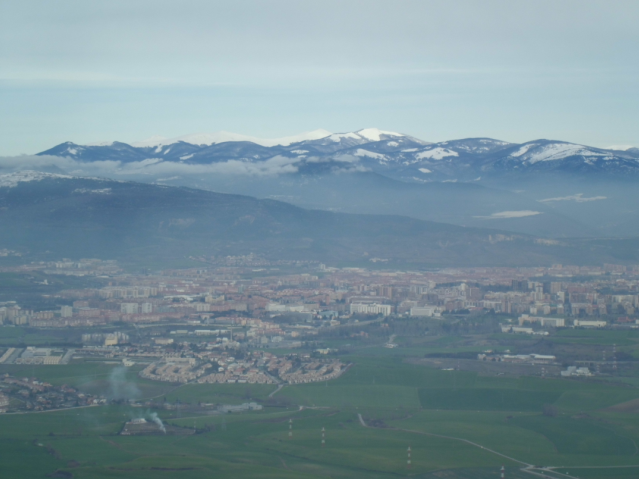 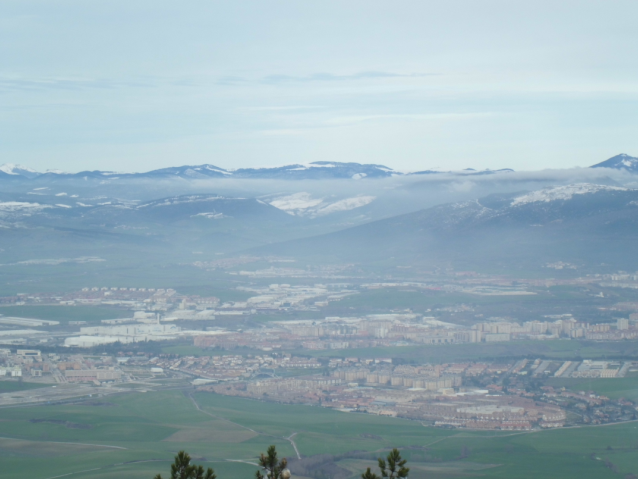 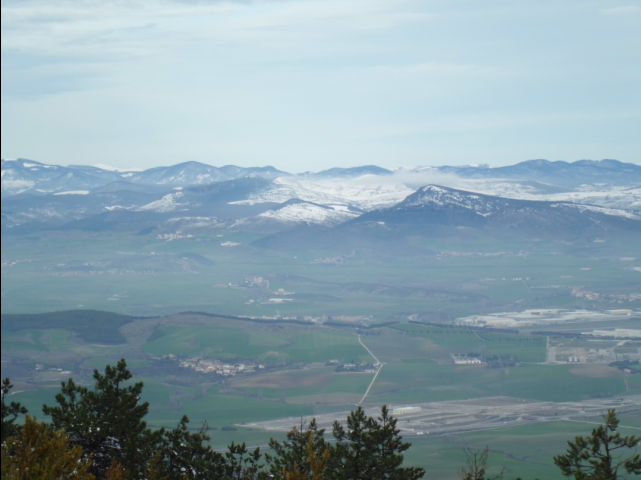 Thanks for your calls and QSOs dear chasers and I’ll be looking forward to copying you again soon from another summit.
Have a nice week.
Best 73 de Guru